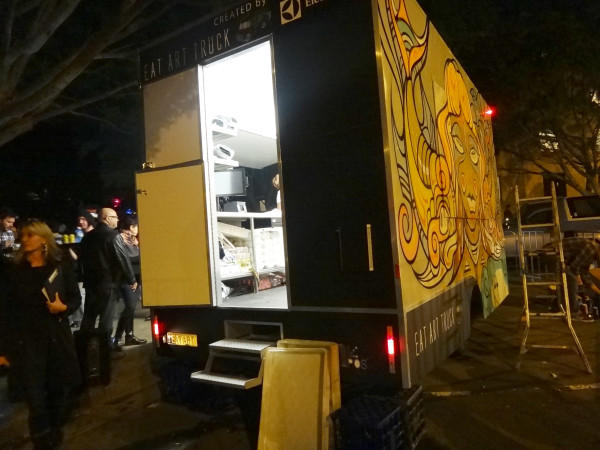 I also got along to Dawes Point to hook up with the Eat Art Truck. On the evening I dined, Tim Phibs was at work doing some street art on the other side of Tetsuya sous chef, Stuart McGill's new food truck. 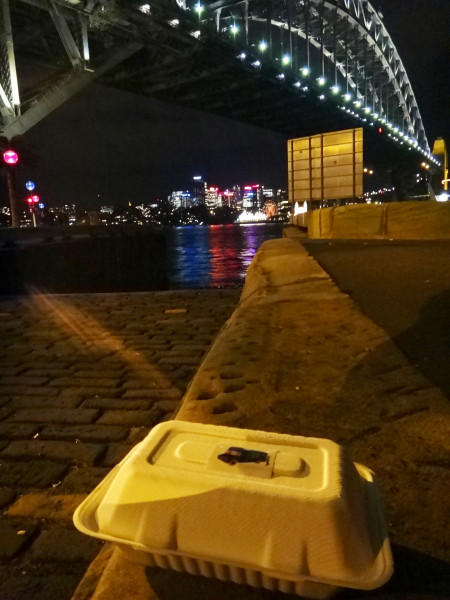 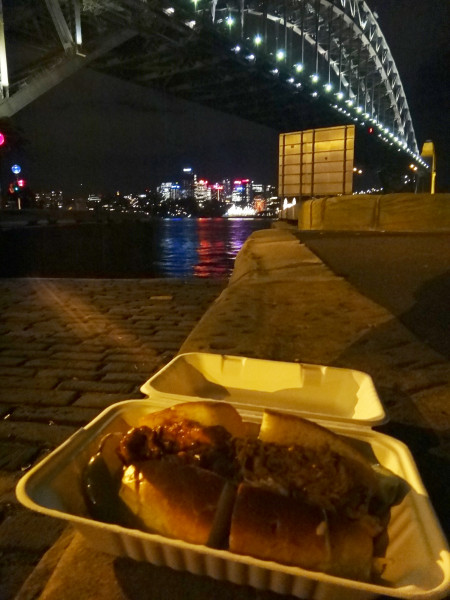 What I liked most about it was the opportunity for a reasonably small amount of money to eat somewhere where enjoying the food and the view normally costs a packet. Take my not-so-humble-pew on this boat ramp under the Sydney Harbour Bridge as an example... 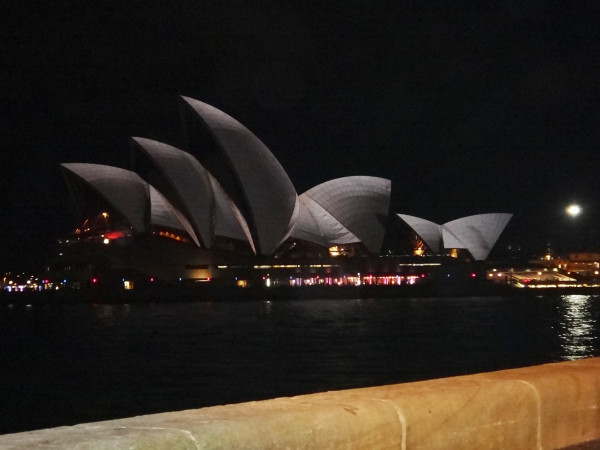 And looking in the other direction, here's the nicely lit (thanks to Vivid Sydney)  Sydney Opera House. Now imagine what I'd have paid to dine somewhere else like this (Quay for example)... 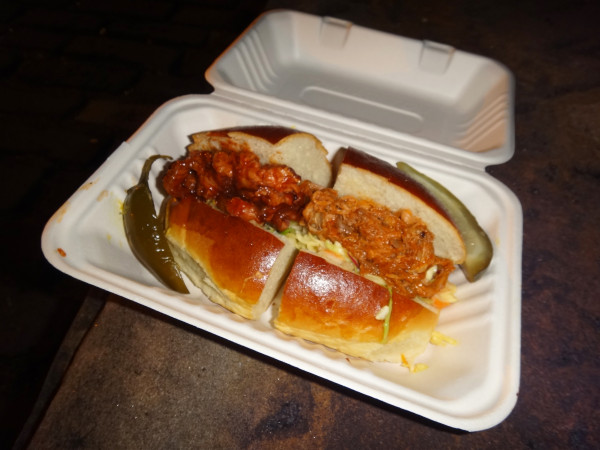 Now, with a little more light thrown on the subject, this is what I was eating... as it was a media launch, I got a half-half roll. On normal days you'd either enjoy a full BBQ Beef ($12) or Pulled Pork ($12). The beef is quite spicy, but offset with coleslaw and a sweet brioche bun. I enjoyed it, but it was totally dominated by the hot-smoked pork. In this roll you get pulled pork, mustard cabbage and a great Wild Turkey BBQ sauce, all wrapped in a soft, sweet and squishy bun. It's finger licking good. 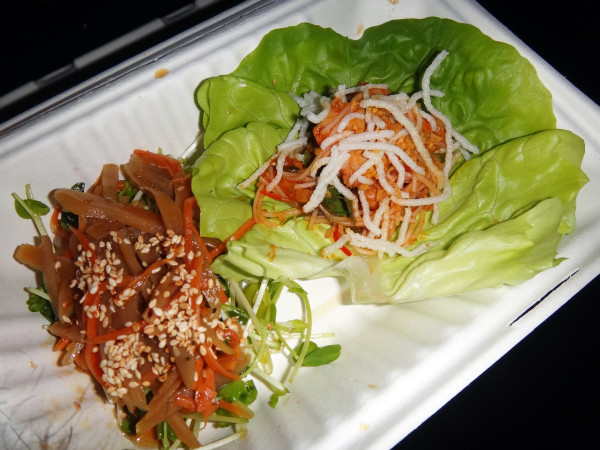 I was also treated to a two salad sampler box. On the right is a Spatchcock Ssam ($12), it's a Korean influenced dish with spatchcock marinated in ssamjang, a spicy Korean sauce. It's served in a lettuce leaf with shallots, vermicelli and fried garlic. It made for one drippy, messy bite, so be warned...

On the left you can see a Kinpira Salad ($8) with burdock roots, carrot, sesames seeds, edamame, soy sauce and mirin. It's tasty and unique.

There were a few hiccups with slow service of food, but this was a media event rather than a more organic stream of people, so I am hoping that will not be your experience. If it is, remember that this is a new medium for Sydney and deserves the time to iron out the kinks. I'd definitely hit another pulled pork roll...