I sent Alex Harmon to investigate cocktails and a show in Kings Cross. She returned totally unscathed (don't believe the hype)... 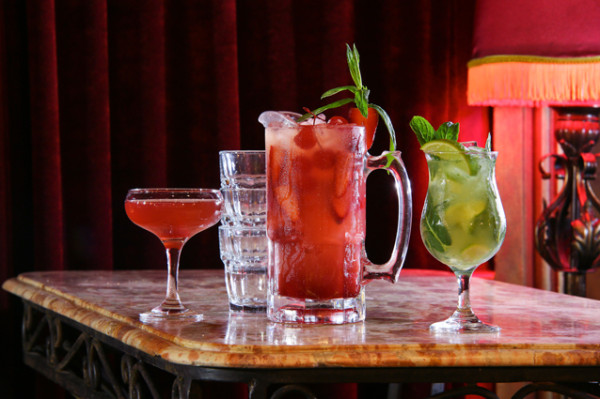 Although needing a password to enter a Kings Cross drinking hole reeks of exclusivity, in the 1930s it was simply a means of getting a drink post-6pm. After muttering “mum’s in,” we’re whisked into the velvety Bordello Theatre with a razor slash on our hands (whiteboard markers substitute blades). 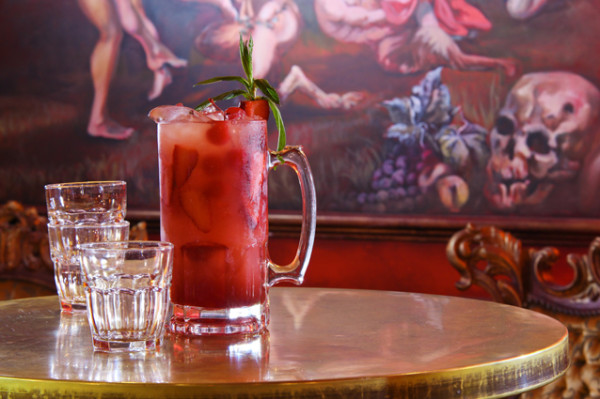 We swill on a deadly Darlinghurst Push ($24/jug) modelled on the mean streets of Woolloomooloo Hill. Vashti Hughes’ one-woman show Mum’s In: Stories from Razorhurst (Sundays at 5pm) is based on Sydney’s early 20th century gangsters, working girls and madams. 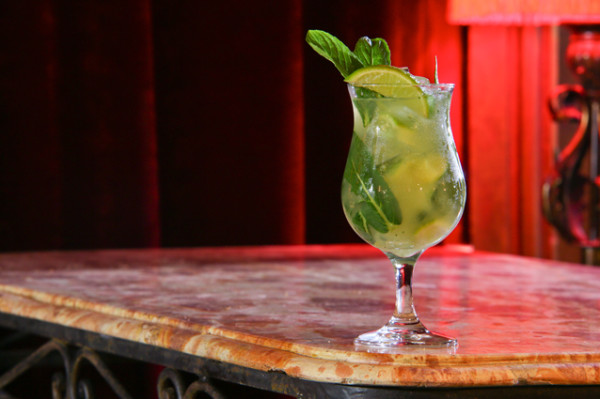 We watch with a Devonshire Wake ($16), dedicated to the ‘Queen of the Cross’ Kate Leigh, described as an apple crumble “sans cream, avec grog”. While Channel 9 glamorized the Razorhurst gangs, Hughes portrays their grittiness.  She plays each role with intricate range: rawness, cockney humour, and cutting snarls.  You can’t help but feel she’s poking fun at today’s soft, CCTV streets. You’re encouraged to sing-a-long: “Do yourself a favour/Get f**ked up at the Cross” is almost an order. 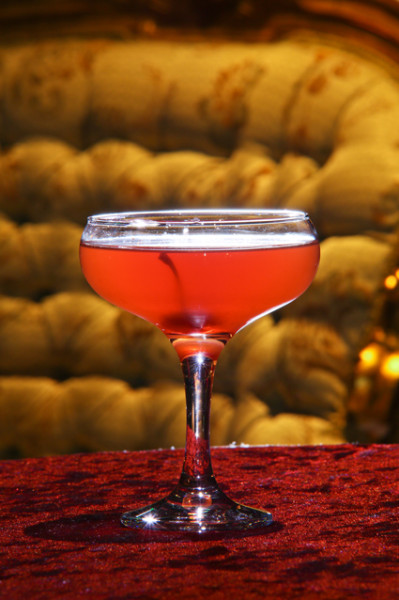 Post-show we indulge in the elegant vodka and raspberry Blood on the Strand ($14) and meet Hughes, glowing in a red flapper dress. If the theme of the night is red, then Monday morning’s bloodshot eyes just follow suit…