Alex Harmon uncovers one of the new offerings in Sydney's QT hotel... Having stayed in the Gold Coast QT I had high expectations when I walked through the doors of the old Gowings building. Their Surfers hotel is like a Jetsons episode on acid. Sydney’s, however, takes a more sophisticated, New York City loft approach (how Sydney) and its restaurant is no exception. 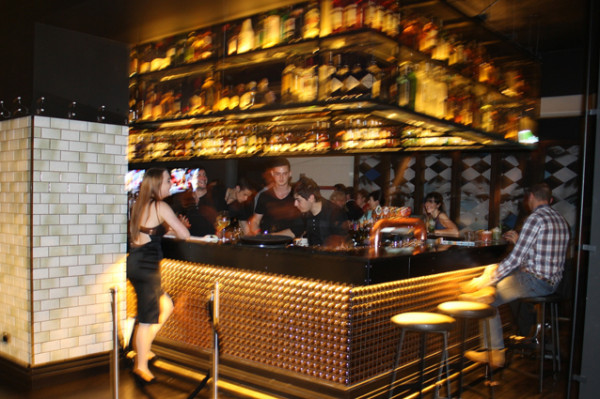 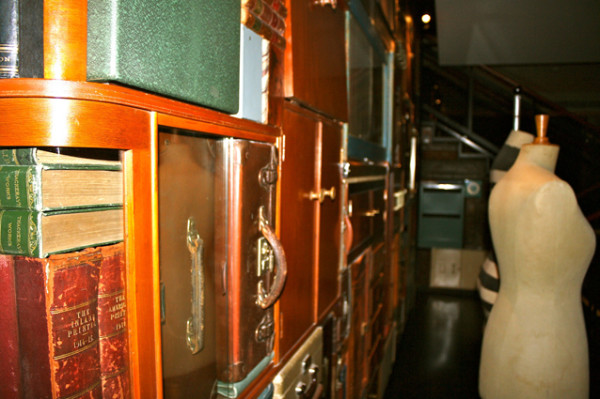 Robert Marchetti (of Neild Avenue and North Bondi Italian) created the menu, and it is big – in size and ambition. 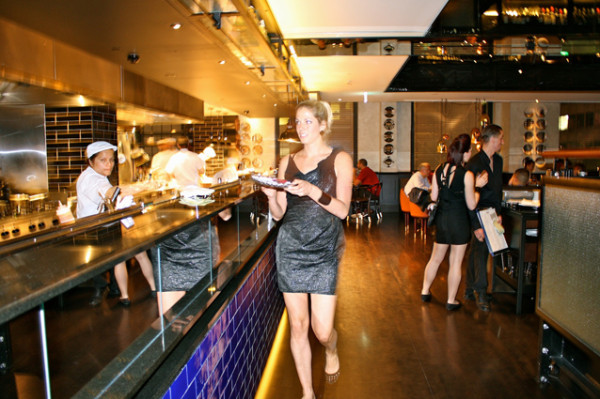 Waitresses, dressed like they’re going clubbing (seriously, one even had a handbag) are refreshingly friendly and helpful, which is good because the many different variations of bird, fish and steak can seem overwhelming. 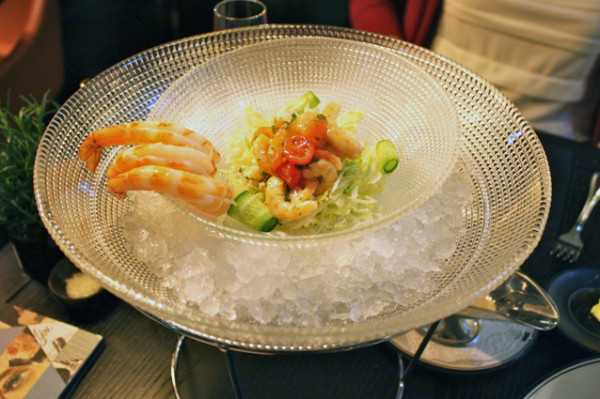 We commence with the signature entrée, the Beer Steamed Prawn Cocktail ($18), so over the top it could be a Mardi Gras float. Three Crystal Bay prawns are perched high upon a gigantic glass bowl over crushed ice and served with a gravy boat of wasabi and cognac seafood sauce and a ‘cocktail’ of shrimp and iceberg. Nanna’s recipe this is not. 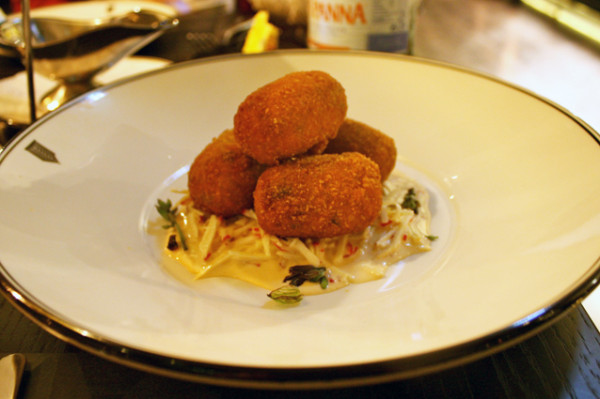 While it’s tasty, you’re better off with the Hot Spanner Crab Cakes ($19), cooked golden and packed with flavour. 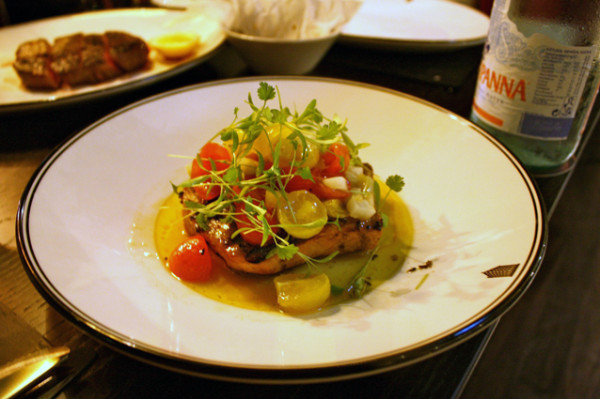 The main of Yellowfin Tuna ($44) was not pink like ordered but its heavenly, citrus topping of grape tomatoes, fennel and young coriander saved the day. 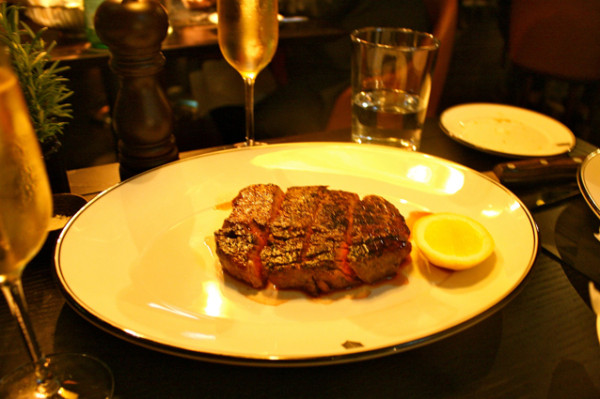 They’ve perfected the Rib Eye ($44) (from the Darling Downs). It says it comes ‘with condiment’ but is so mouth-watering it needed nothing but a squeeze of the lemon it is actually served with. 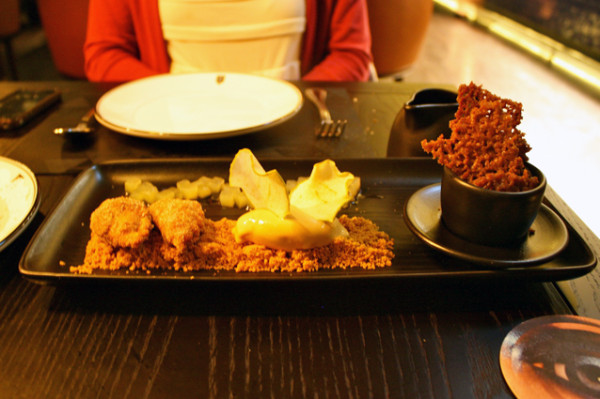 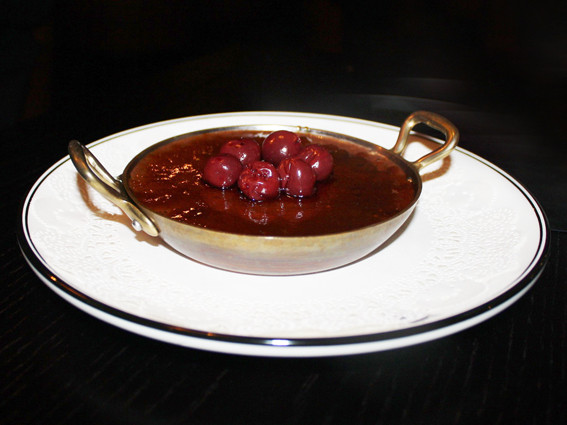 For dessert you may be tempted by the deconstructed apple crumble Apple Flavours ($19) but the Dark Chocolate Crème Brûlée ($14) with marinated cherries won my heart. Sometimes less is more; and although the QT is the Dubai of hotels, it is possible to go in and look beyond the shimmering lights and antique furniture and find her inner-beauty.