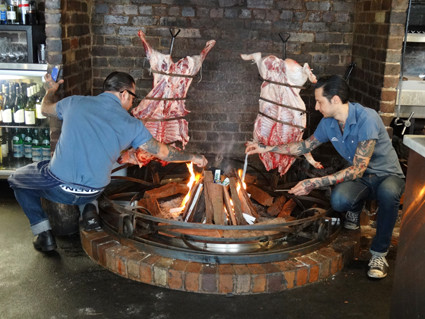 Late last year I snacked my way through a Chow Town menu tasting held at Porteño which meant I was around to see the lads light the famous fire pit. 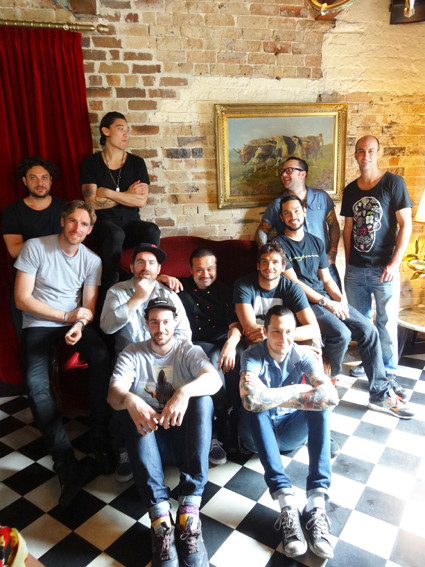 If you’re not sure what I’m talking about, it’s just the biggest thing to hit Big Day Out since well… the Red Hot Chilli Peppers (who are also playing). 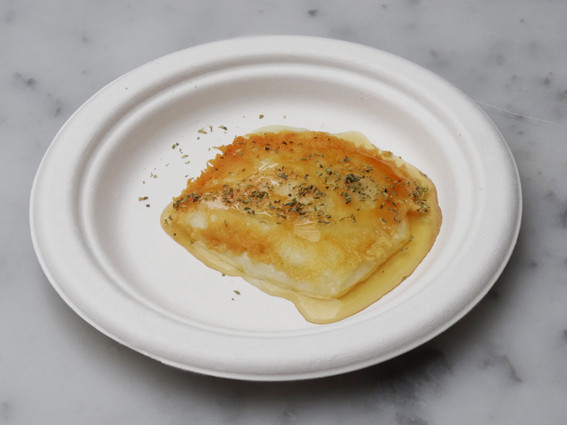 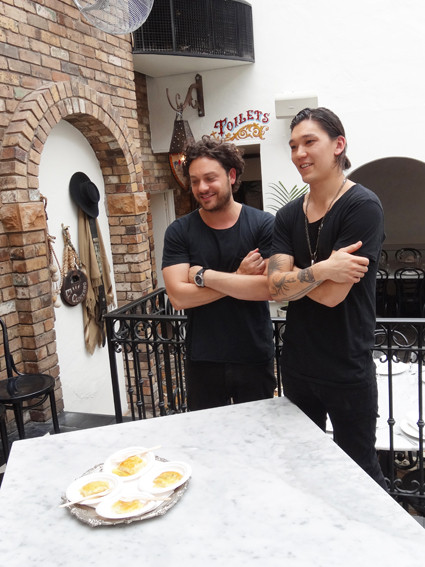 In a star-chef studded line-up, you’ll get to down renovated Greek cheese (without the stick) but with honey and oregano from Jonathan Barthelmess  (The Apollo); 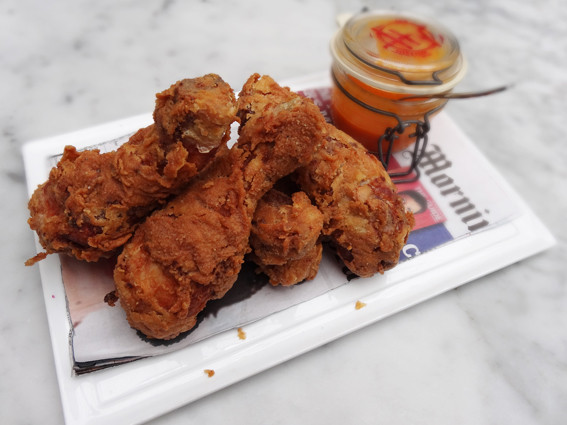 ...super moist fried chook (with a brilliant hot sauce) from Gregory Llewellyn (Hartsyard) as well as... 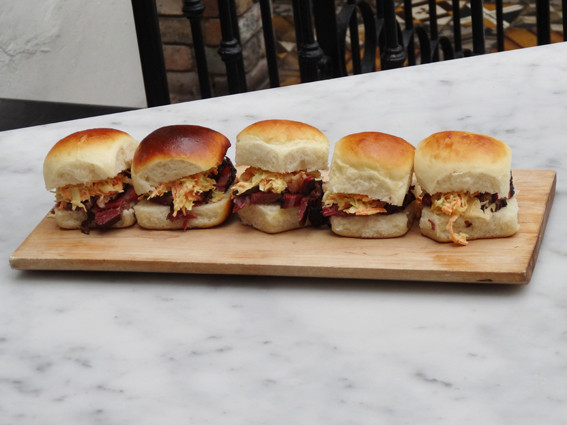 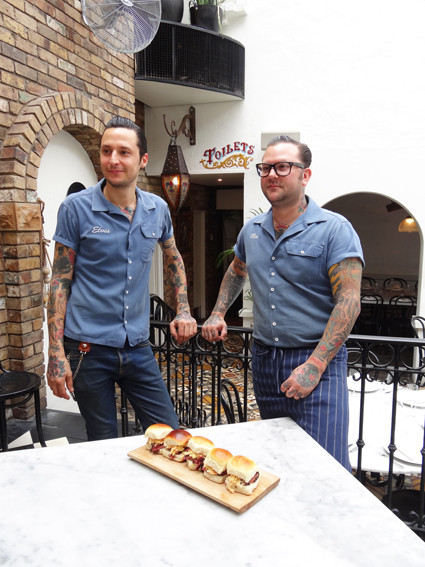 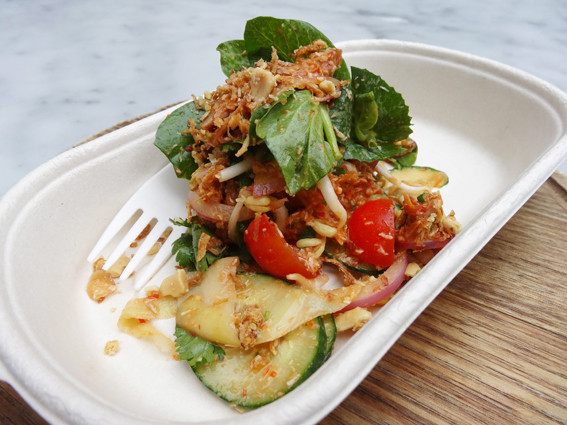 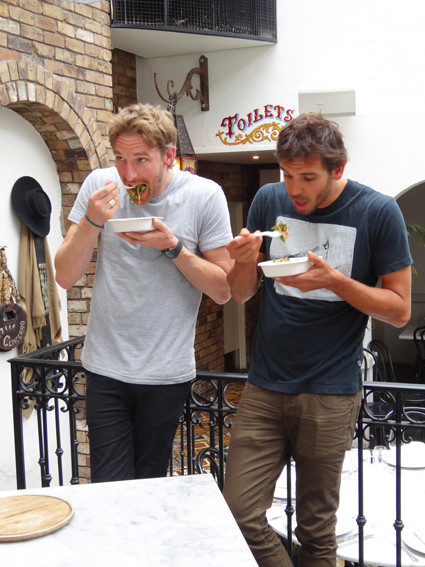 You can also expect to see a chilli duck salad with fried eshallots and roasted cashew from Mark LaBrooy and Darren Robertson over at Bronte's Three Blue Ducks; 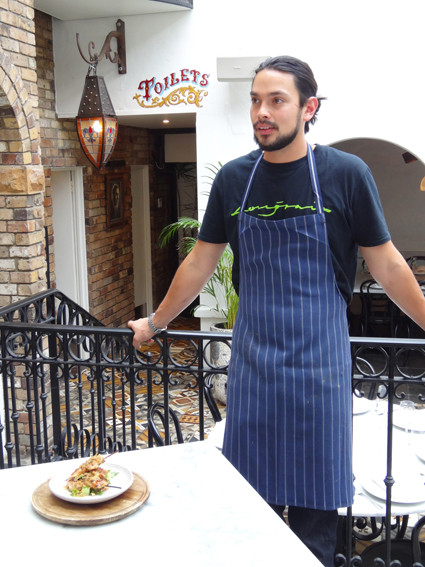 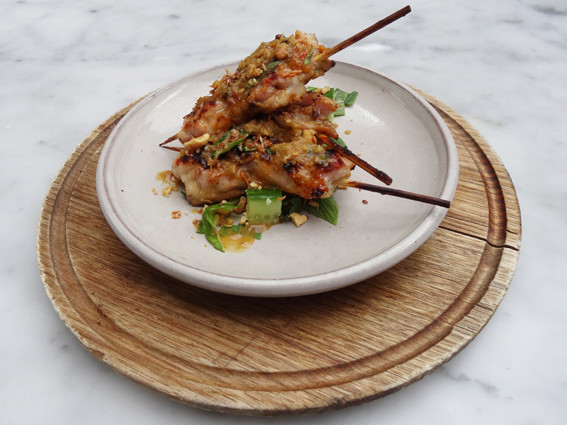 ...as well as a soy chicken skewer with cucumber and lemongrass from Louis Tikaram of Longrain. 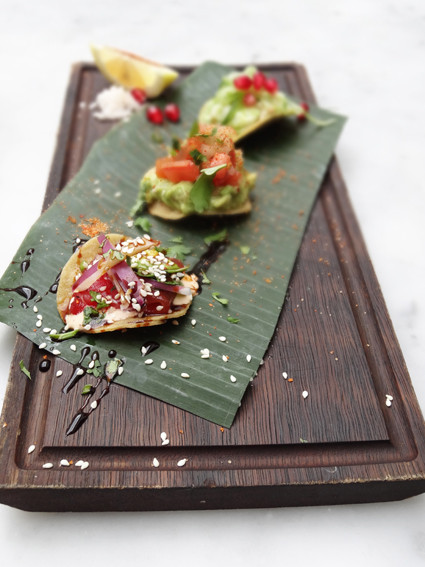 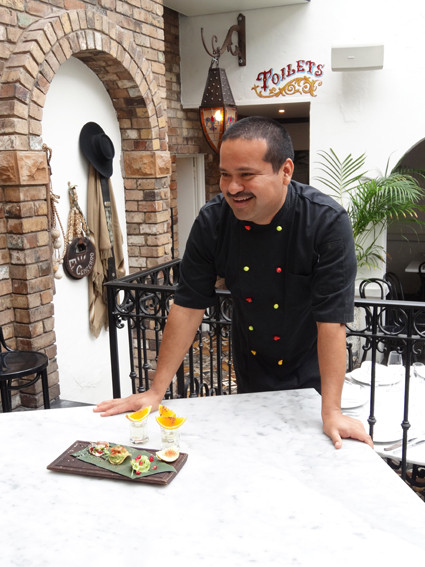 My surprising winner was the tostada offerings (tostada de atún & tostada de aguachile) from Avoca Beach’s Rojo Rocket – though it remains to be seen which snack will reproduce best and quickest at the music festival itself. 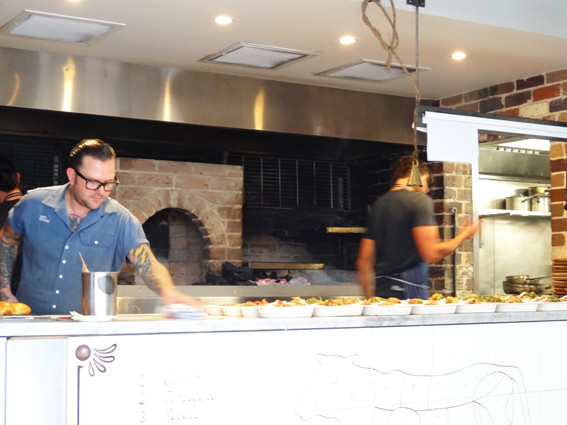 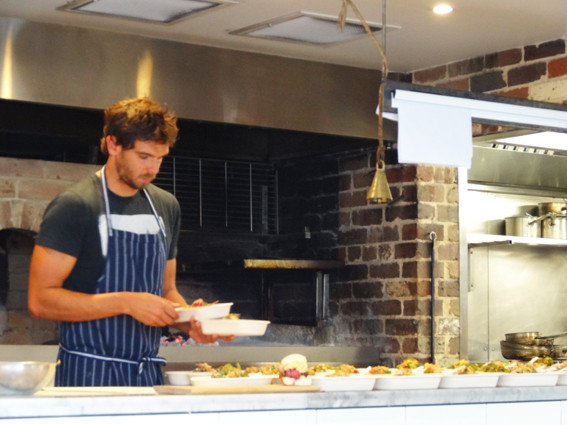 If you’d like to get a taste of this new dimension in festival food, you’ll have to hurry. 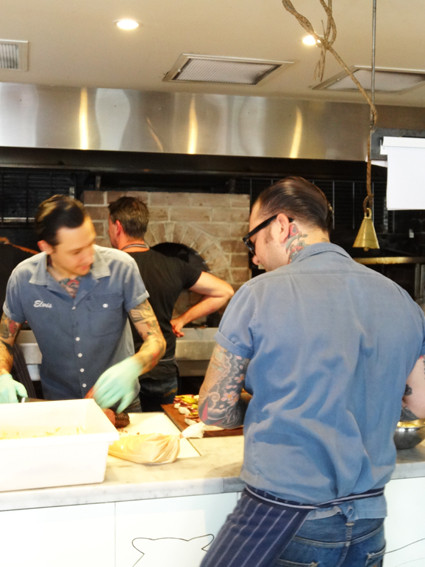 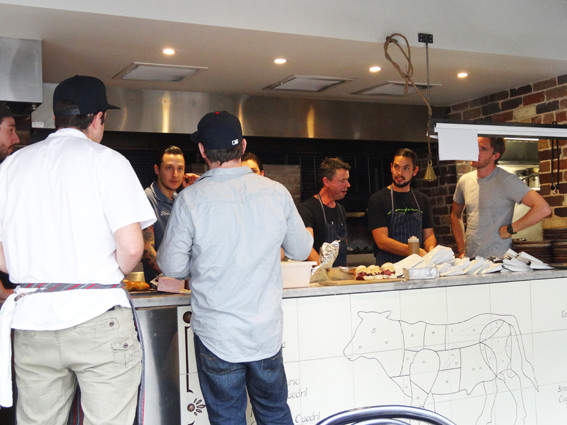 Tickets for the 18th January event are selling fast online and at General Pants - and you don't get to see this many high-profile chefs hanging around in the same kitchen very often.