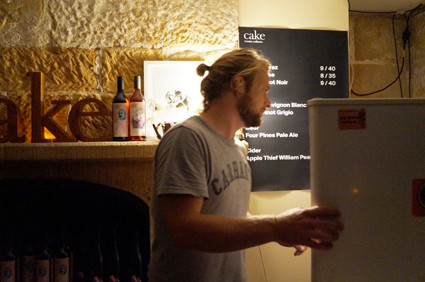 THE COMMONS
32 Burton Street, Darlinghurst (02) 9358 1487 thecommons.com.au
WHILE THE EXTRA top shelf spirits listed in the Downstairs Bar and the popular classic cocktails were enticing, the Saturday night birthday celebrations of our large group started with carafes ($28) of The Common’s Spritz (Aperol and Prosecco with slices of fresh cut citrus, orange blossom water and soda). Then we pretty much stuck to NSW beer: Lord Nelson Three Sheets Pale Ale ($8). Someone ventured further with a Bloody Mary, which was tasty after he fought his way through the garnish: fresh chilli and cucumber slices as well as the traditional celery. We appropriated the open-air front courtyard with its wooden crates: upturned as low tables and oue seats. Table service enabled our chitchat without disruption - very good fun. However next time I’ll try different bar snacks or share plates, as The Commons’ Ploughman’s was a lesser species.