Alex Harmon dug up some more excellent ceviche, this time in Bondi... 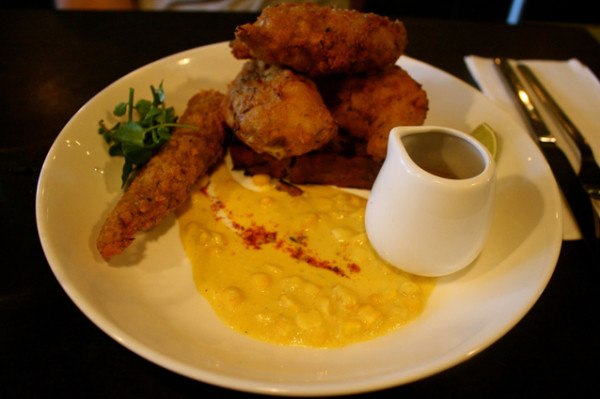 How do you get rich, Central American style cuisine on a plate without coming off as a carnival? Get the Corner House boys to serve it in Bondi. For instance, their Fried Chicken ($27) with creamed corn, corn bread and gumbo sauce is the Deep South epitomised, but it's so pretty. 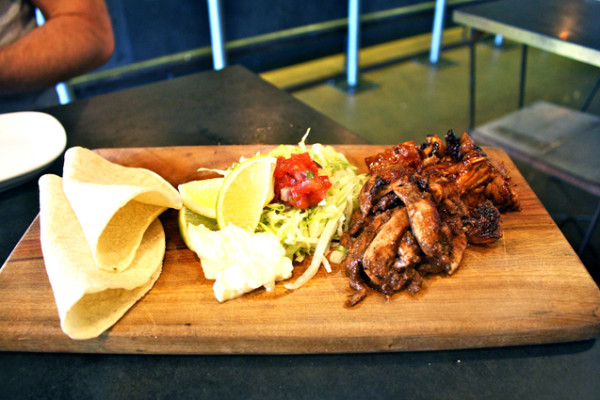 And Tacos ($7), sure they feature in every diner/pub/pop-up in Sydney, but these ones are special. They're deconstructed and come with big chunks of tender meat; the jerk chicken and pulled pork options are more like a barbeque plate than a pocket-sized snack. 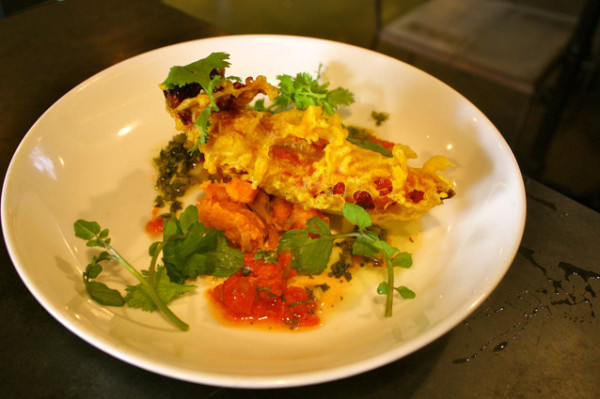 The chef spent some time in Louisiana where he sourced recipes from his southern girlfriend, like Stuffed Chillies ($12)
with beef brisket. 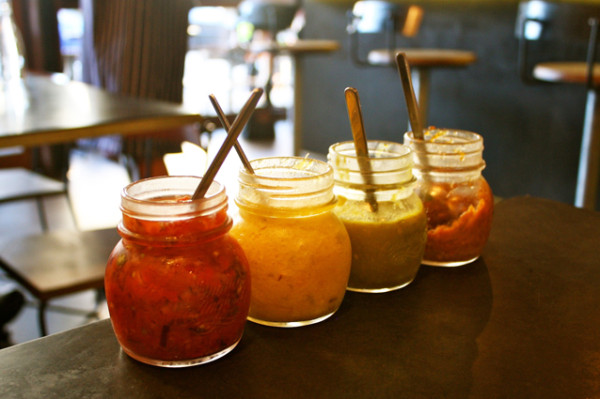 Unfortunately they’re not spicy, but homemade condiments come in handy, like daunting 'firewater' and pineapple and
scotch bonnet which ignites the fire within and compliments pretty much everything, including the Ceviche of Daily Fish ($16). 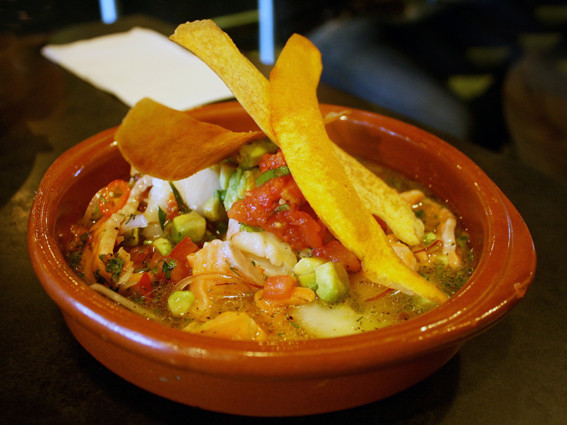 As luck would have it, it was salmon and prawn, and with the lime, tequila and beer dressing, it was a drunken mess that stole my heart. Just after a drink? Staff recommend a Margarita ($16) (on the rocks) but the Panama Mary ($16) is packed with fiery goodness. And if you're really down and out, truffled popcorn is complimentary.