Alex Harmon had her heart set on liking this renovated beauty... 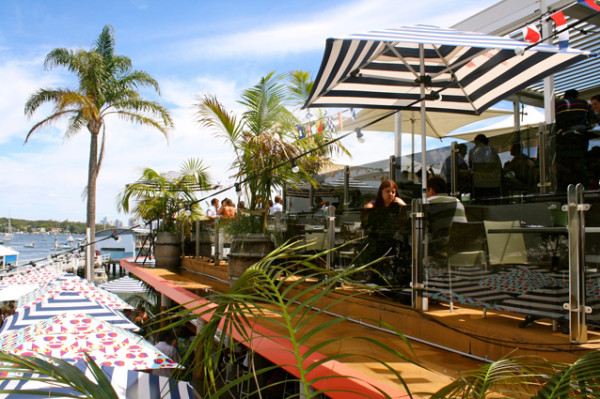 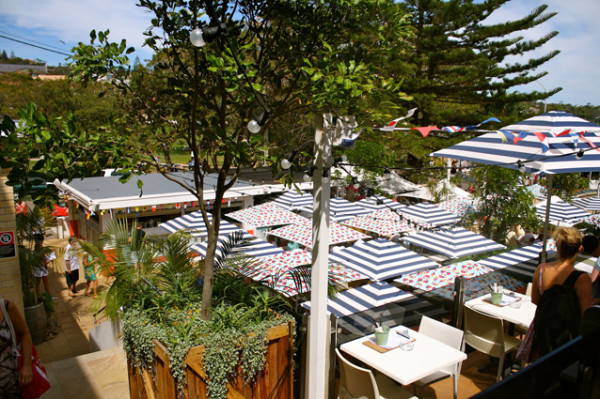 Well, the food, that’s what. And it wasn’t just the twenty-minute wait to place my order on a sunny Sunday, nestled between a shuttle board and a group of angry Eastern Suburbs mothers. 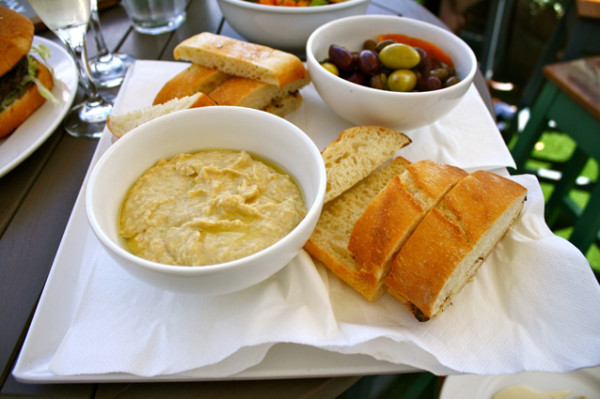 The food arrived all at once – and quicker than the line-up, it became apparent I was paying for the view. The Hummus and Turkish Bread ($18) was average and certainly overpriced. 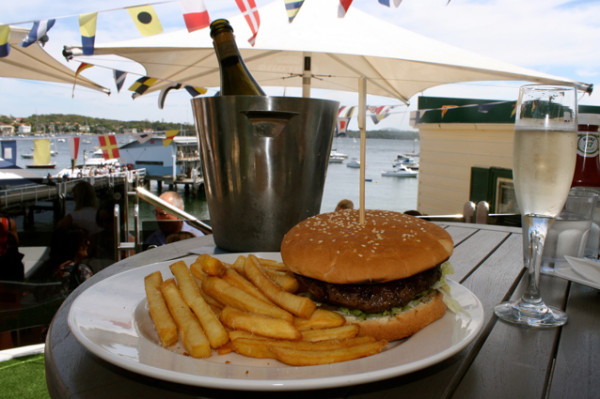 While the Watto Beef Burger ($20) was takeaway joint quality, not to say it wasn’t tasty with its garlic aioli and jalapeno filling, but it was slightly cold and came with thrice-cooked chips. 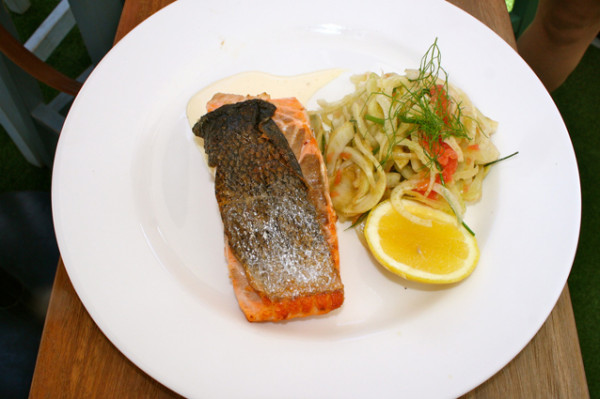 The Salmon Cutlet ($26) was the winner with its citrus and radish salad, and the Pumpkin and Chickpea Salad ($20) had layers of flavour. 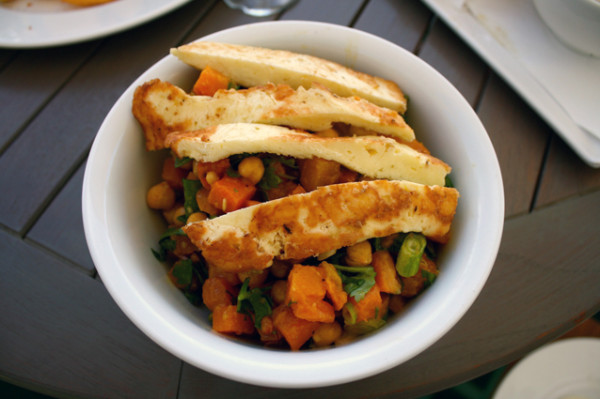 A few glasses of Devil’s Corner Sparkling ($32/bottle) later gazing over the harbour it became obvious the Watto is trying to steer itself away from the usual Watsons Bay crowd of fish-and-chip-families. 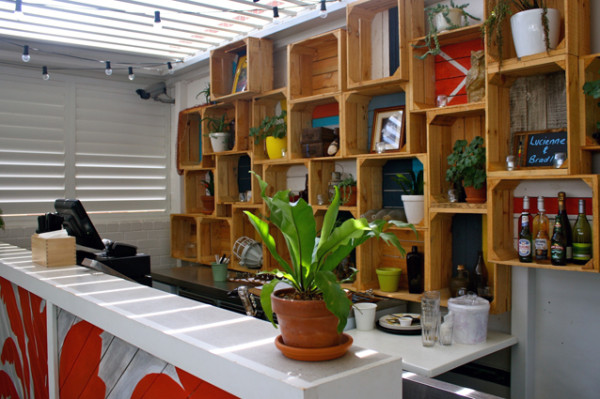 The DJs, Sunday Sessions cocktail carafes and quirky furnishings should do the trick – fickle eaters content with boozy sunsets will love it. 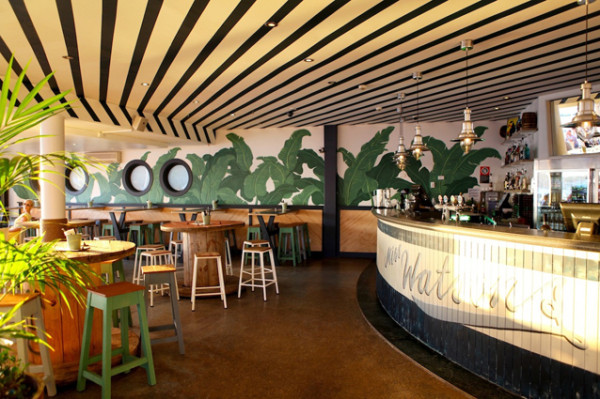 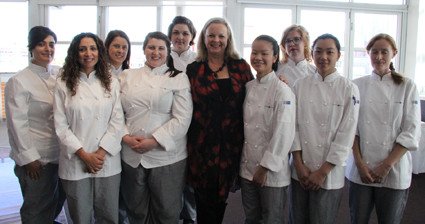 As a feminist, I am keen to see women aiming for high-level jobs, including those in professional kitchens, so I was disappointed to miss the launch of this year’s Tasting Success, a mentoring program for female apprentice chefs. The program’s co-founder and patron, Lyndey Milan, enjoys watching “the transformation and growth in confidence in our girls between their first interview and graduation”. The nine women involved in this years program will each receive 35 hours of mentoring by some of Sydney’s top chefs, including Sean Moran (Sean’s Panorama) and Peter Gilmore (Quay).
www.sydneytafe.edu.au/tastingsuccess

Even though summer has been and gone, there’s still a reason to head to Bronte Beach! Bronte Cucina is a new Italian destination headed up by Alessandro Cola. Since Italian born (Ravenna) Alessandro arrived in Sydney three years ago, he’s been the pastry chef at Pendolino, and the head chef at Cipri. Together with his whole team he’s moved over to this new spot, owned by Sandy Bruns (who also owns Swell next door). Expect a modern twist on authentic, rustic Italian. You'll also find the emphasis is on fresh, seasonal produce presented in dishes like pan friend cuttlefish strips on pea puree with a tomato and squid ink crumb. I have Alex Harmon hot on the case so watch this space for her review…
www.brontecucina.com

In a campaign that has seen Xs scattered across the streets of Sydney, ArgyleXchange has launched. It’s basically a new way to think about a diverse night of entertainment, all available inside the one complex. For example, you might decide to start your night with raw fish and Japanese cocktails at Saké, and end it with a salted caramel éclair at Ananas. In between you might fit in a steak at The Cut, or throw down a drink at The Argyle. You can let the ArgyleXchange concierge plan your night, or take up the Progressive Xchange ($175/head) a concierge-hosted three-course dinner with matching cocktails or wines. Or if you prefer dining the old-fashioned way (in just one restaurant) try one of their $25 lunches or $35 dinners available at every venue, every day in March.
www.argylexchange.com.au

The March 2013 launch of Rekorderlig Cider’s latest flavour saw one fan reveal the flavour courtesy of a ‘hide-and-seek’ app. They won themselves the right to be one of the first consumers in the world to receive a full case of Rekorderlig Passionfruit. Luckily I managed to snaffle myself one as well, and can report it’s a pretty, passionfruit flavoured cider. As usual it’s better with lime and ice in a glass than it is swigged from the bottle, but I fully endorse taking any port in a storm…
www.rekorderlig.com/au
Collapse