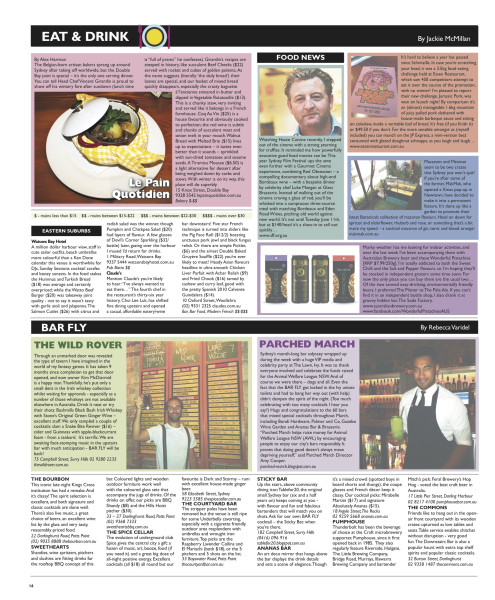 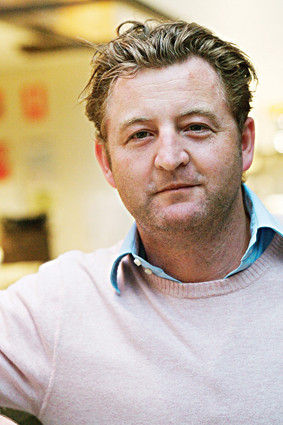 Watching Haute Cuisine recently, I stepped out of the cinema with a strong yearning for truffles. It reminded me how powerfully evocative good food movies can be. This year Sydney Film Festival ups the ante even further with a Gourmet Cinema experience, combining Red Obsession - a compelling documentary about high-end Bordeaux wine - with a bespoke dinner by celebrity chef Luke Mangan at Glass Brasserie. Instead of walking out of the cinema craving a glass of red, you’ll be whisked into a sumptuous three-course meal with matching Bordeaux and Eden Road Wines, pitching old world against new world. It’s not until Tuesday June 11th, but at $140/head it’s a shoo-in to sell out quickly…
www.sff.org.au

It’s hard to believe a year has passed since Schnitzilla. In case you’re scratching your head, it was a 3.5kg food eating challenge held at Essen Restaurant, which saw 450 competitors attempt to eat it over the course of the promotion, with no winner! I’m pleased to report their new challenge, Jurassic Pork, was won on launch night! By comparison it’s an (almost) manageable 1.6kg mountain of juicy pulled pork slathered with house-made barbeque sauce and sitting on coleslaw, inside a veritable loaf of bread. It’s free (if you finish it) or $49.50 if you don’t. For the more sensible amongst us (myself included) you can munch on the JP Express, a mini-version best consumed with glazed doughnut schnapps, as you laugh and laugh…
www.essenrestaurant.com.au

Macarons and Mexican seem to be two crazes that Sydney just won’t quit! If you’re after some of the former, MakMak, who opened a Xmas pop-up in Newtown, have decided to make it into a permanent feature. It’s done up like a garden to promote their latest Botanicals collection of macaron flavours. Head on down for apricot and elderflower, rhubarb and rose, or something that’s a bit more my speed – a cocktail macaron of gin, tonic and blood orange!
makmak.com.au

Murky weather has me looking for indoor activities, and over the last week I’ve been accompanying them with Australian Brewery beer and these Wonderful Pistachios [RRP $7.99/250g]. I’m totally addicted to both the Sweet Chilli and the Salt and Pepper flavours, so I’m hoping they’ll be stocked in independent grocers some time soon. For now the only place you can buy them are the usual two... Of the two canned easy-drinking, environmentally friendly beers, I preferred The Pilsner to The Pale Ale. If you can’t find it in an independent bottle shop, I also drank it at groovy hidden bar, The Soda Factory.
www.australianbrewery.com.au
www.facebook.com/WonderfulPistachiosAUS
Collapse