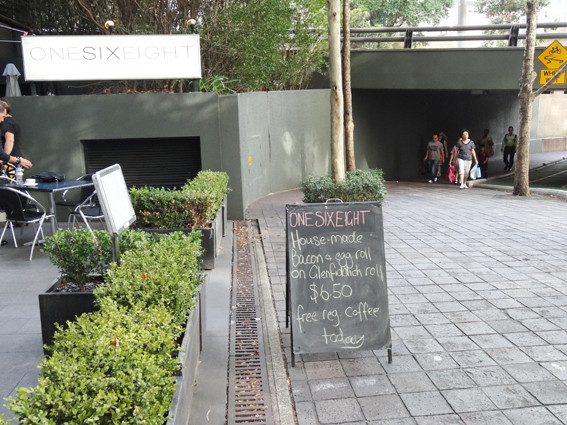 The Millers Point end of the city can be a bit of a good food desert, especially at breakfast time, but this week if you emerged from the pedestrian tunnel under the Bradfield Highway, you might have caught a whiff of barbequed house-smoked bacon! 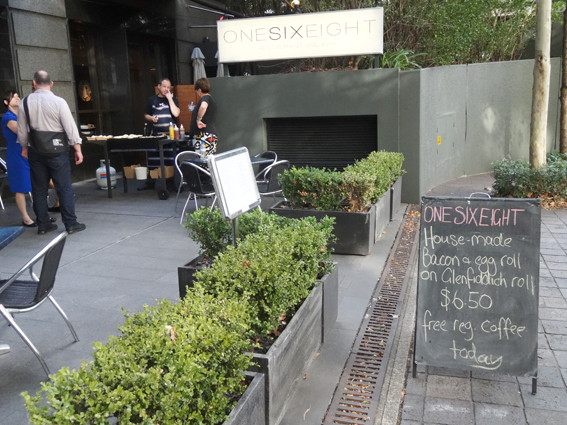 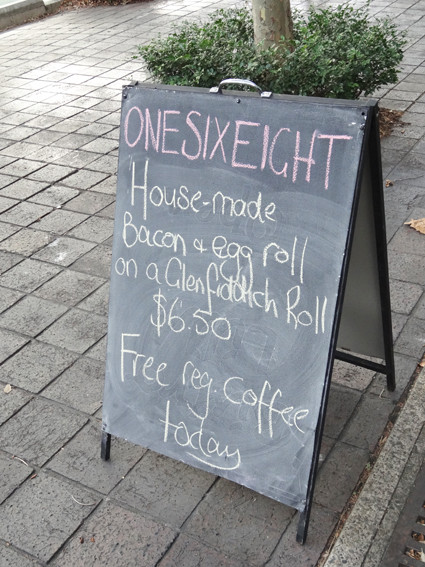 Chef Leigh McDivitt from One Six Eight Restaurant and Bar is giving up his Tuesday to Friday mornings from 7am-10am to cook you a bacon and egg roll. 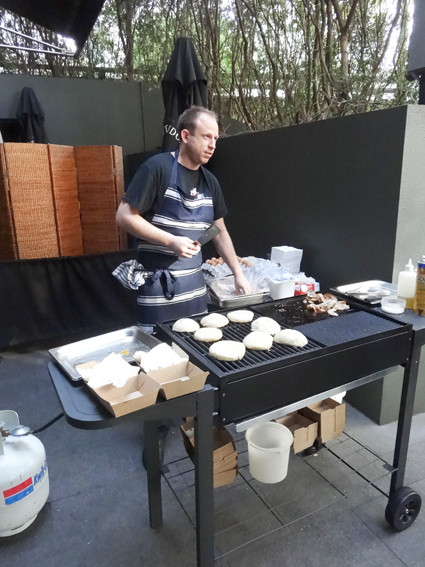 You can choose from a hen or the more exciting duck egg version, and it’s not an ordinary roll either. Leigh has made his own Glenfiddich and apple steamed buns, which he heats up on his outdoor hotplate, and then smothers in house-made, smoky barbeque sauce. 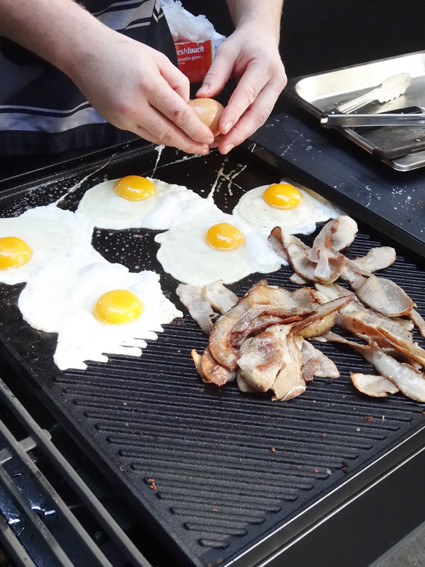 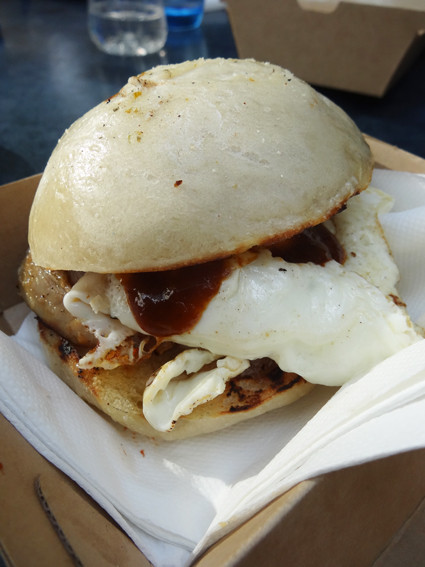 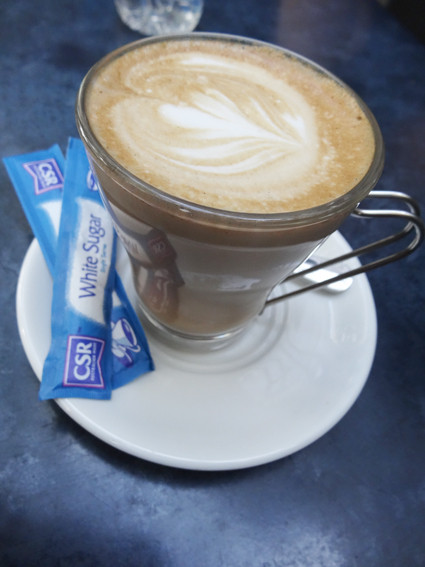 Throw in a locally roasted (Balmain) Bertoni coffee and you have a stick-to-your-ribs affair that will see you through nicely until lunchtime.