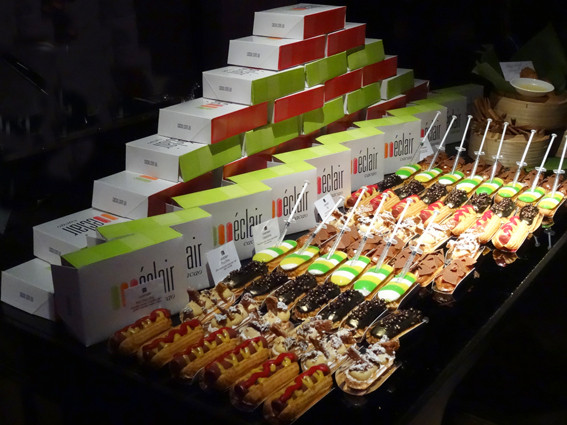 Melbourne-based Cacao Lab made a 'Choc Dog' as one of their offerings for Sweet Street, a funky dessert pop-up event that took the Shangri-La Sydney's Grand Ballroom by storm earlier this evening. 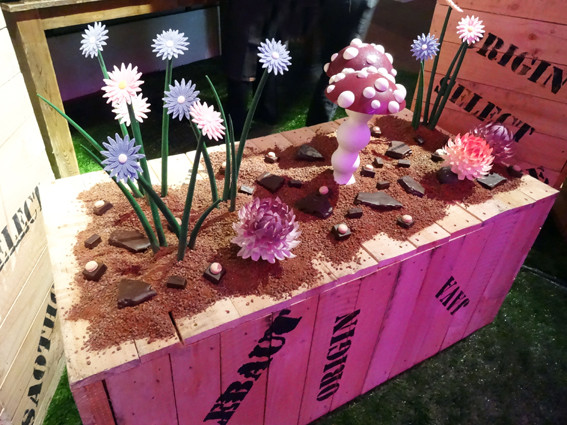 Hundreds of lucky ticket-holders were treated to a night-club style space, with pallets and industrial equipment, hawker style food stalls, cool lighting and a DJ, a vision dreamed up by the hotel's pastry star, Anna Polyviou. 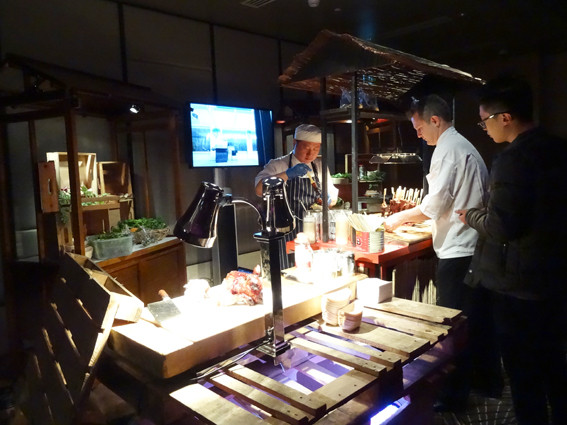 Each guest was given a card with ten tokens, allowing them to select from an array of sweet (and one savoury) delights from Adriano Zumbo, Bernard Chu from Melbourne’s LuxBite, Min Chuan Cha from N2, Tim Clark from Cacao Lab and Kirsten Tibballs from Savour School, as well as Anna Polyviou herself. 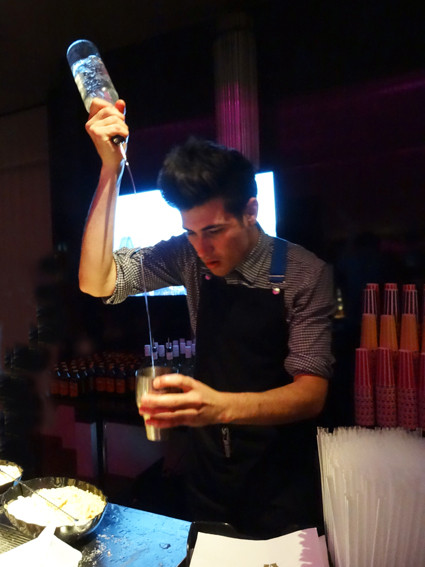 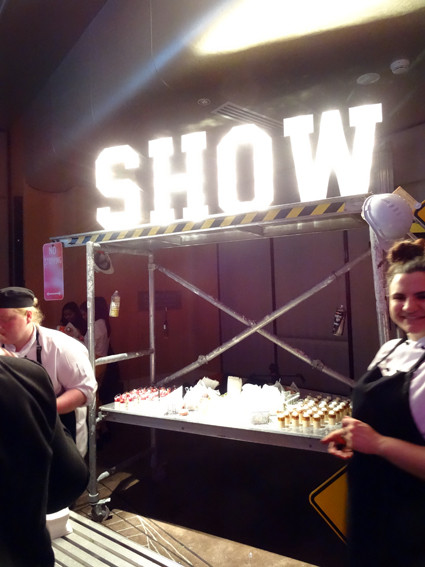 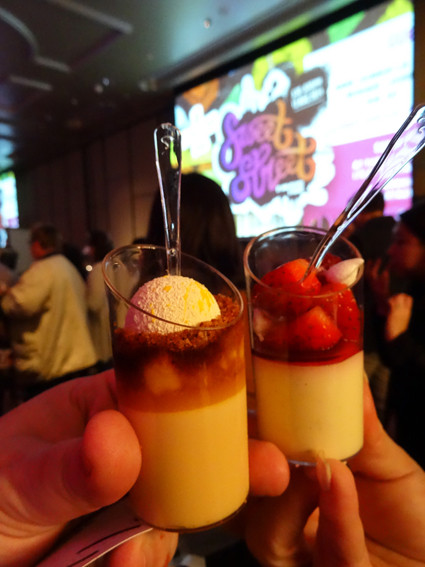