Here's the Bar Fly Babe Amie Barbeler with her final drinking venue for 2015... 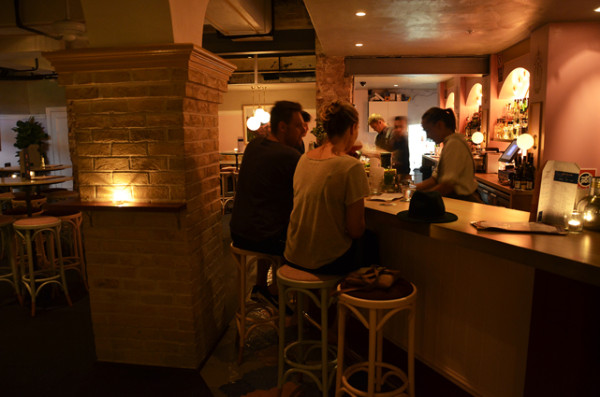 This opulent underground drinking den will shield you from the heat while also tricking you into thinking you're in a Wes Anderson film. Inspired by the 1920s actress, Della Pringle, Della Hyde pays homage to luxe lobby bars from around the world. 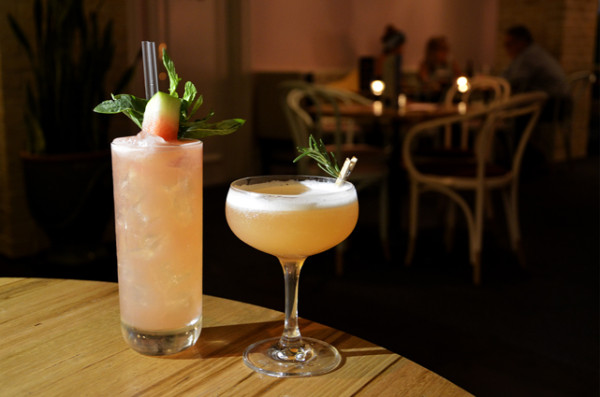 While at Della, it's only appropriate that you experience the Della Pringle's Tingle ($18) – gin, rose vermouth, mango, basil, lemon, bitters and soda. 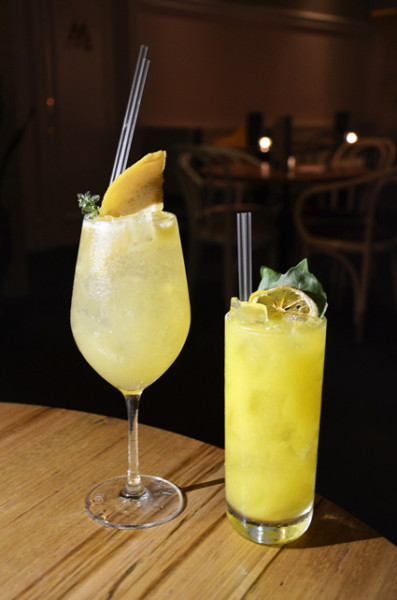 While I got my Pringle tingled, my date got her tingle elsewhere, using a tipple from Della's seasonal cocktail menu (changed fortnightly) called The Son of a Preacher Man ($18) – vodka, orange, peaches, rosemary and lemon. 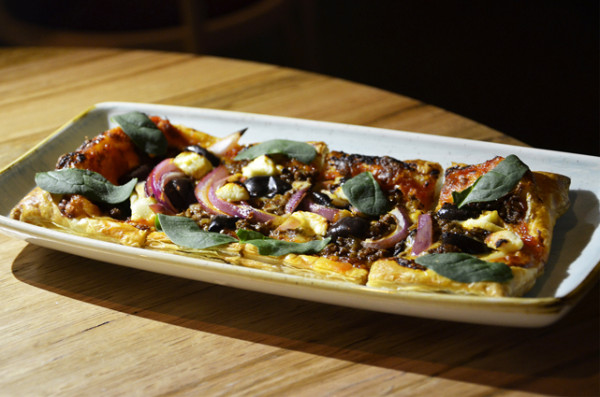 Later, as we argued over which of Anderson's films was his greatest cinematic achievement (The Royal Tenenbaums, obviously), we shared the popular Della Pizza ($24) – spiced lamb, olives, onions, spinach and labne on a filo base, which for the record, set the bar pretty high for the future pizzas in my life. Escape, kick back and drink!