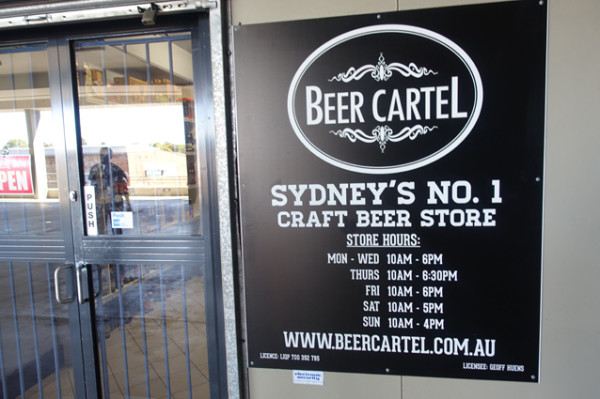 With a name like Beer Cartel and a weirdly industrial location tucked away at the back of Artarmon, visiting this hidden craft beer oasis feels like it should be illicit. 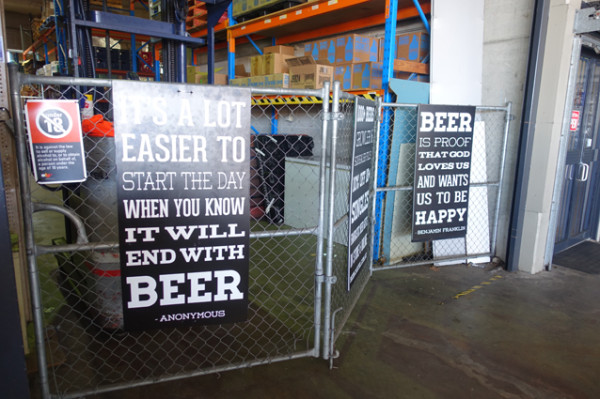 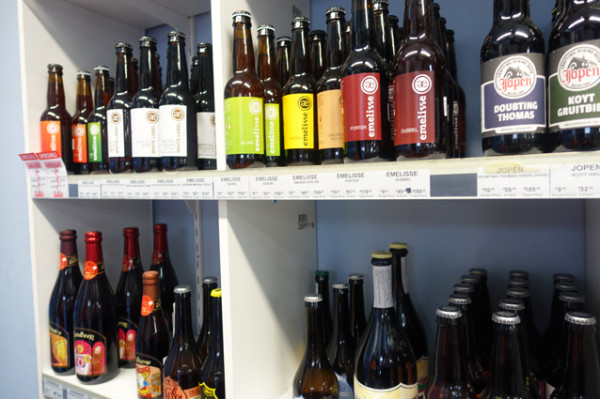 Strolling the aisles containing what I’m told is nearly 1100 different beers, it’s easy to get overwhelmed, however staff are friendly, knowledgeable, and clearly well versed in making recommendations from the extensive range. 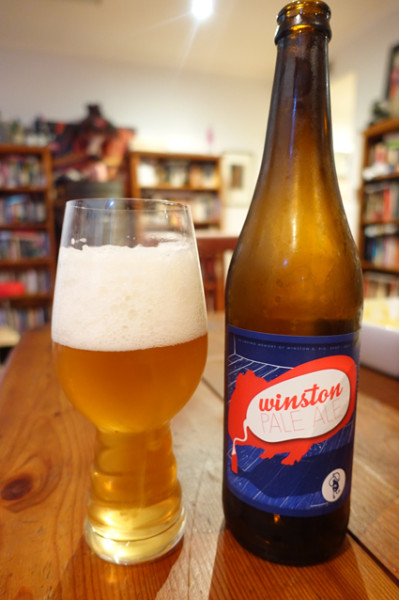 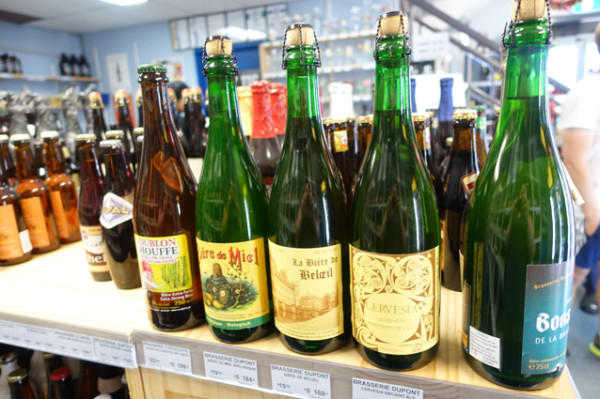 Asking for their best pale ale, I’m directed at Shenanigans Winston Pale Ale ($11.50/640ml) and it’s a beauty – refreshing and light with citrus notes and enough bitterness to make it interesting. 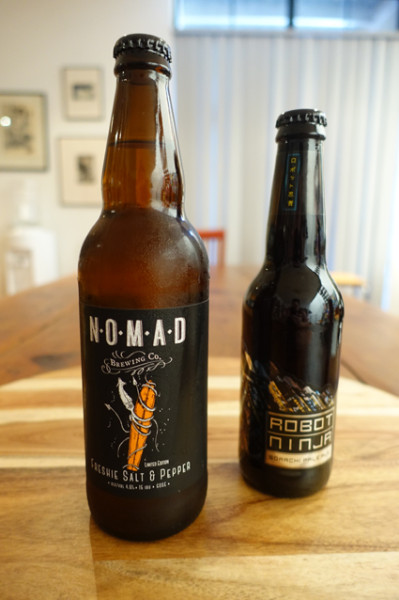 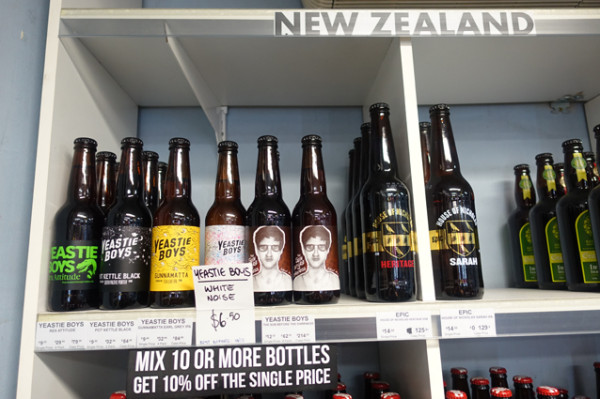 I also have a preference for rice beers like Koshihikari Echigo, so I asked to be directed at similar brews. The closest they came up with was the Robot Ninja Pale Ale ($5.50/330ml), which is made on rice and Japanese Sorachi Ace Hops. It’s got malt and caramel notes, but while pleasant, this locally brewed pale ale won’t be unseating my Japanese rice beer benchmark anytime soon. 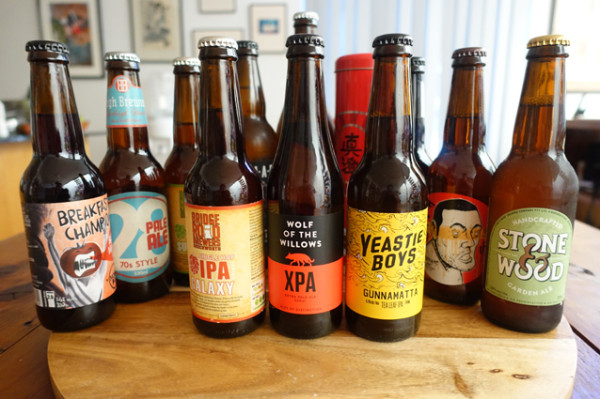 I’m told Aussie beers make up around 35 percent of the beers on offer here, and I make an effort to include mostly local beers in my selection. Buying ten beers gets you a ten percent discount from the single bottle price – but I found it too hard to limit myself to ten, so ended up walking out with a dozen. 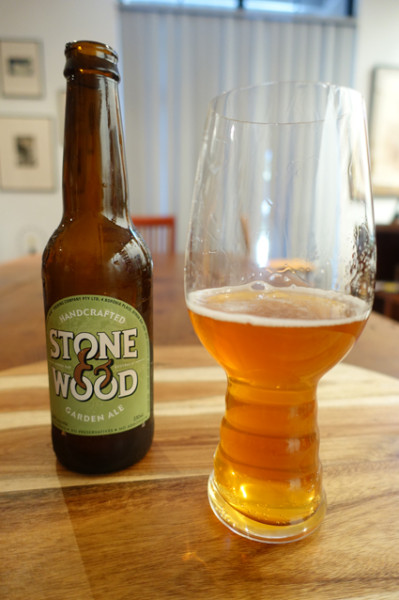 Already a confirmed Stone & Wood fan, the Stone & Wood Garden Ale ($4.50/330ml) was an easy choice. It’s fruity and floral from the Ella hops, with lots of bubbles – perfect to knock back in a garden! 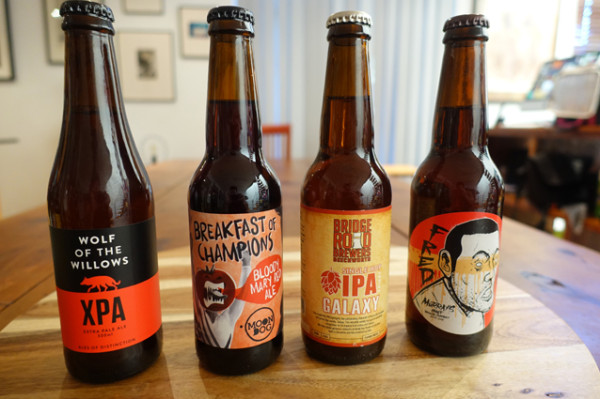 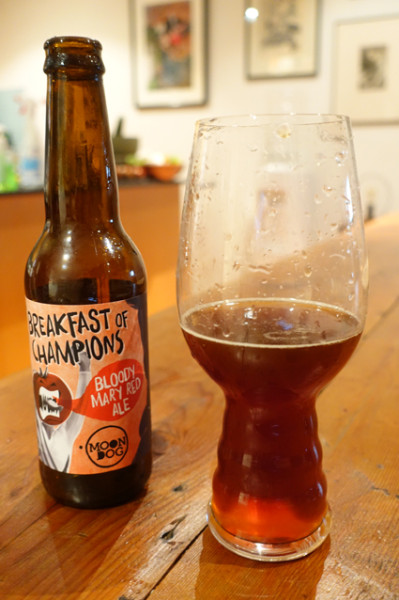 For something a little different, Moon Dog’s Breakfast of Champions Bloody Mary Red Ale ($11/330ml) mimics the traditional Bloody Mary hangover cure very successfully by throwing tomato puree and paste, vegan Worcestershire sauce, celery salt and chipotle chillies into the mix, and ends up being an extremely drinkable beer, which will definitely get your lips tingling. 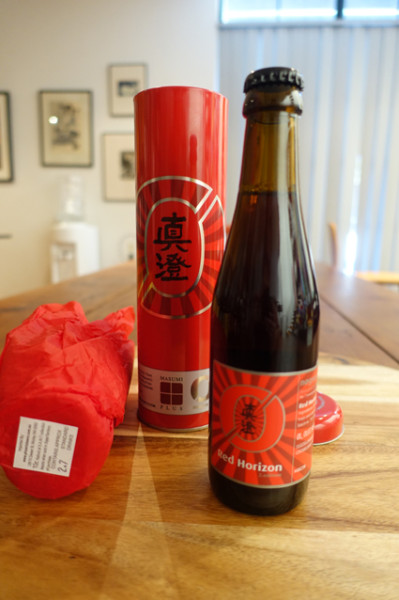 My most expensive purchase, the Nogne O Red Horizon 2nd Edition ($23.50/250ml) chosen admittedly for the cool Japanese-inspired packaging was a bit of a fizzer. A collaboration between the Norwegian brewer and Masumi Sake master brewers in Nagano, Japan, this American strong ale is made on sake yeast No 7 and has a whopping 13.5% ABV. It was thick, and tasted like a combination of boozy Xmas pudding fruit and Bovril if you ask me. 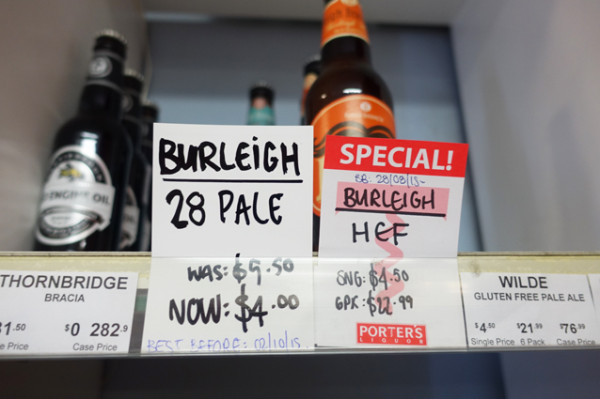 More to my taste the Burleigh Brewing 28 Pale Ale ($5.50/330ml) is simple, refreshing and delicious, I could definitely drink more than one. 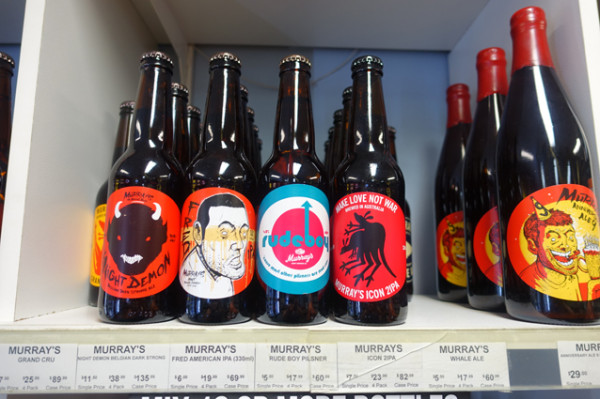 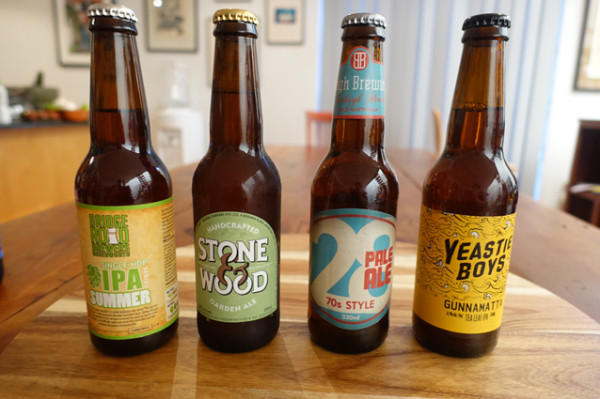 I’ll end on Nomad Freshie Salt & Pepper ($10.00/500ml) - there’s nothing I don’t like about this beer – it somehow manages to take a perfect Aussie summer’s day at the beach and bottle it. Now if only Sydney weather would just co-operate… 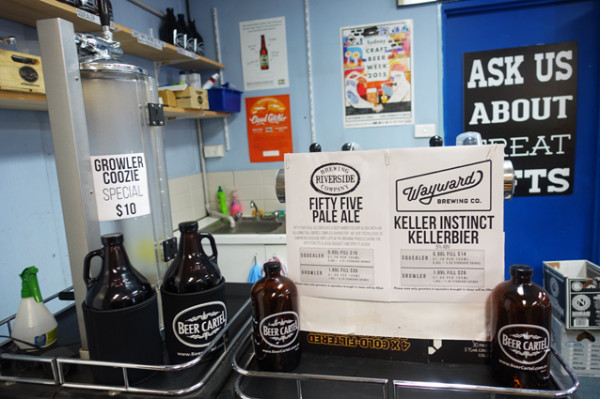 By the way you can also purchase and refill Growlers (1.89L) and Squealers (0.9L) when you visit this store, from a rotating list of interesting beers.