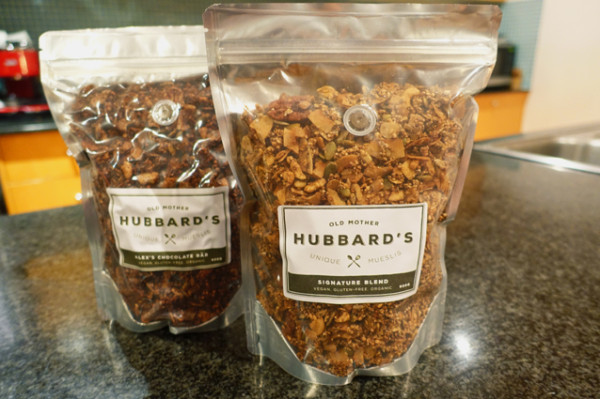 Most muesli makes my jaw sore from chewing before I fill up. Add to that I’m not the world’s biggest fan of sultanas, but I still like things to be interesting; which usually leads me to add things like blueberries, just to avoid getting bored. Old Mother Hubbard’s Unique Mueslis made me rethink all these niggling complaints. It won me over by not being punishingly chewy. Owner/chef Ray Ray Baker explained that this is because: “We double roast everything to get the right crunch and to allow different cooking times for certain ingredients.”

The product range is named for Ray Ray's beloved Nan, Marjorie Hubbard, with whom they began cooking with as a kid. “She was so warm and precise with her view toward food. To eat was not only sustenance, it was healing, and cooking was, above all, fun. I learned from her about growing produce, how to prepare it to obtain the best flavour and health benefits,” said Ray Ray. 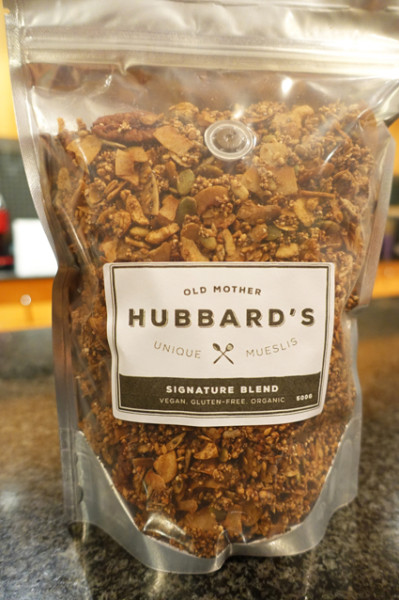 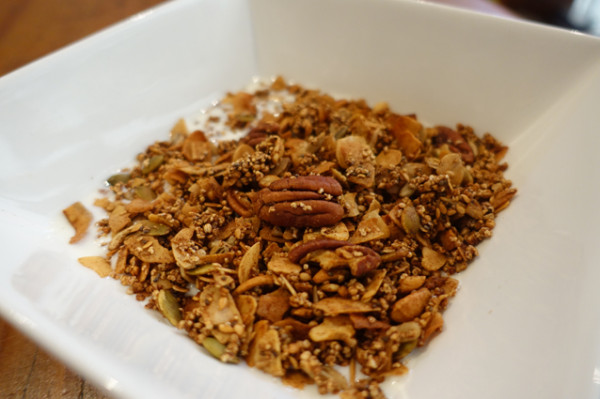 Despite training as a chef in Ryde, and cooking at a range of venues from the legendary Tharen’s Restaurant in Kings Cross (which Ray Ray laughingly explains “was an eye opener for a small town kid”) to The Town Hall in Balmain, epilepsy meant, “a chef’s life was no longer viable”. However the drive and creativity in the kitchen remained, and was put to good use when Ray Ray's wife Asha was pregnant and couldn't eat much, resulting in the creation of the first version of the Signature Blend. 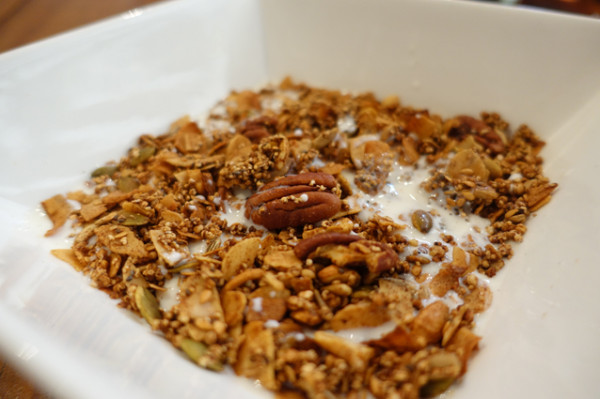 Loaded with cashews, pecans, almonds coconut, puffed quinoa and chia seeds, Hubbard’s Signature Blend ($15/500g) is wonderful (and pleasantly free from my nemesis: sultanas). Ray Ray tells me it also “ticks most of the boxes when it comes to a health-based muesli,” by being “gluten, soy, rice, and refined sugar free.” They took a long time sourcing the right organic produce, and are also proud the product is vegan-friendly too. You’ll find it’s delicious when eaten with milk, but also sings against fresh fruit, like this season’s luscious cherries. 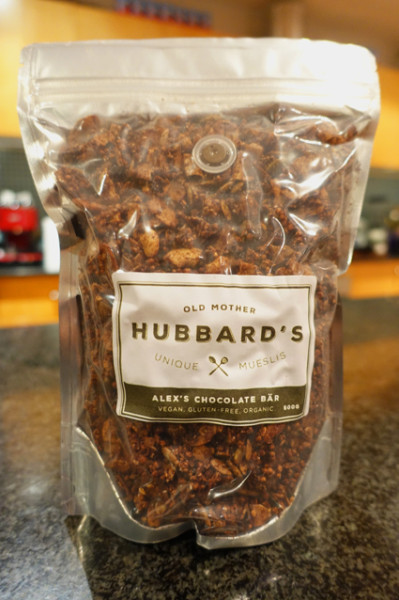 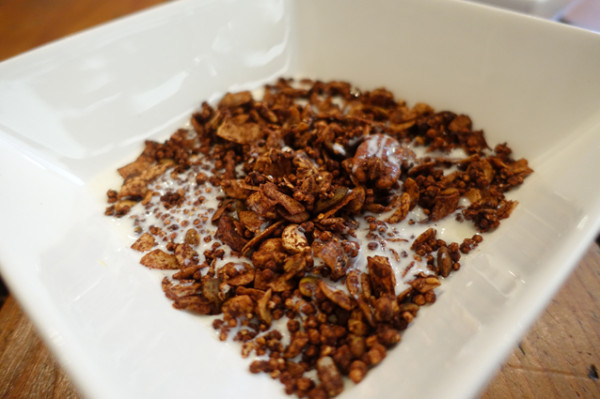 With the addition of raw cacao, another part of the Hubbard’s range: Alex’s Chocolate Bär Blend ($18/500g), should appeal to those who like chocolate without all the sugar in commercial chocolate cereals.

Old Mother Hubbard’s Unique Mueslis can be found at the growers markets in Blackheath and Springwood, the community market in Leura, and Maloneys Grocers in both Coogee and Surry Hills. You’ll also find it (and the founder Ray Ray Baker) at Petty Cash Cafe in Marrickville (details below), where it's on the menu with yoghurt and poached fruit.

Next on Ray Ray's agenda is “perfecting a muesli bar, as well as working on a new winter blend that will be packed with a warming blend of spices that not only taste great but will aid in keeping ones immunity strong.” Sounds like it will be the perfect locally made, artisan addition to any well-stocked kitchen pantry.