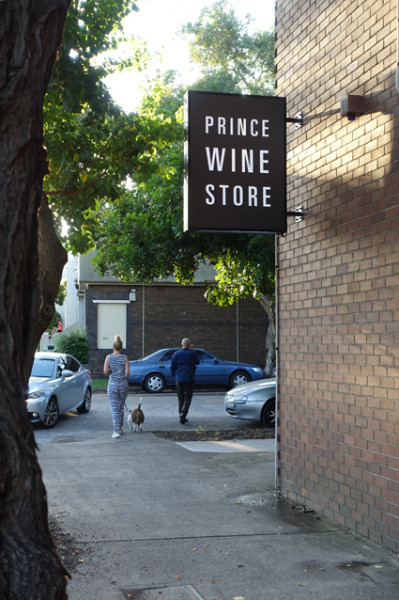 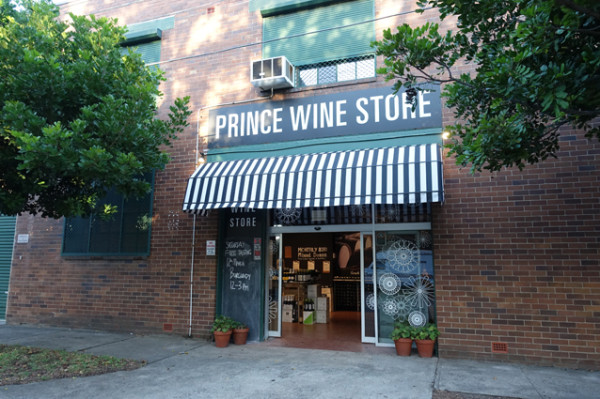 Tucked away on a residential street in Zetland, Prince Wine Store is a pretty fancy bottle shop. 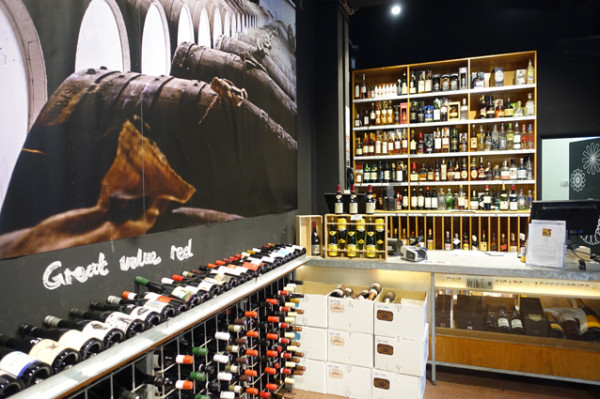 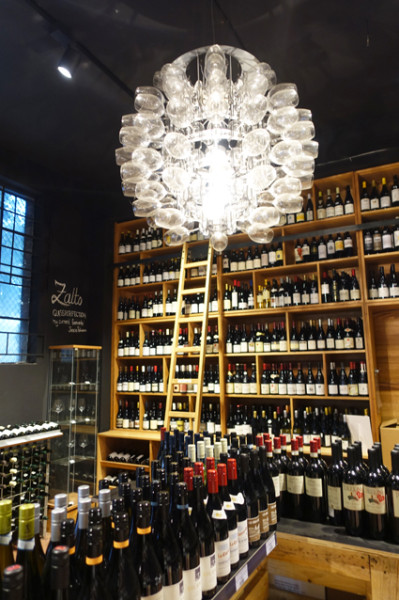 Orderly rows of wide-ranging bottles, and a quirky wineglass chandelier, quickly give you the impression that they’re very serious about wine. 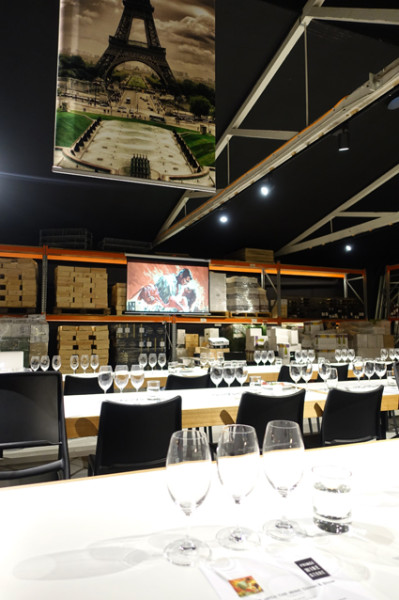 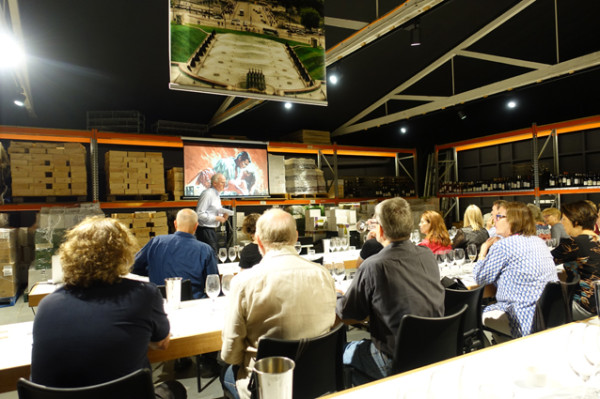 A little digging and you’ll learn that this is the Sydney offshoot of a Melbourne institution, known for teaming their vinous offerings with a serious wine and spirits education program. The Sydney store also offers education, in a large, well-lit space hemmed by shelves bearing bottle after bottle of enticing wines. 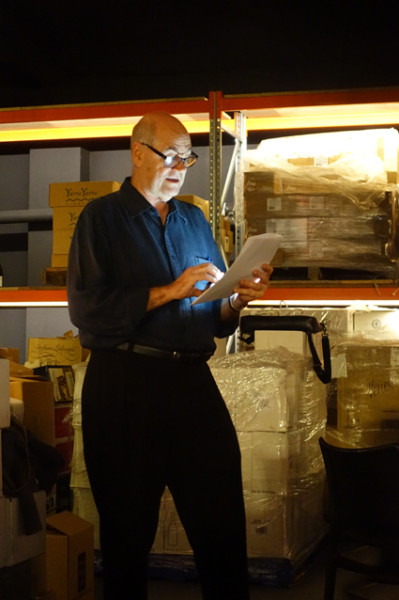 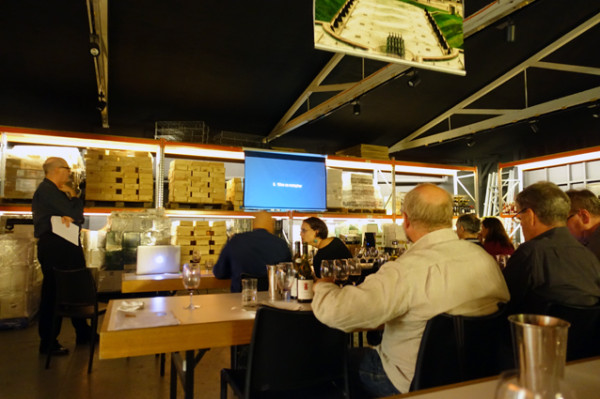 I’m here for Gone With The Wine ($75/head), an erudite discussion of food, wine and film, presented by filmmaker and winemaker David Roe. Using a selection of clips from movies spanning from Alfred Hitchcock’s ‘Champagne’ (1928) to contemporary films like My Old Lady (2014), Roe highlights the way that wine is used in film. 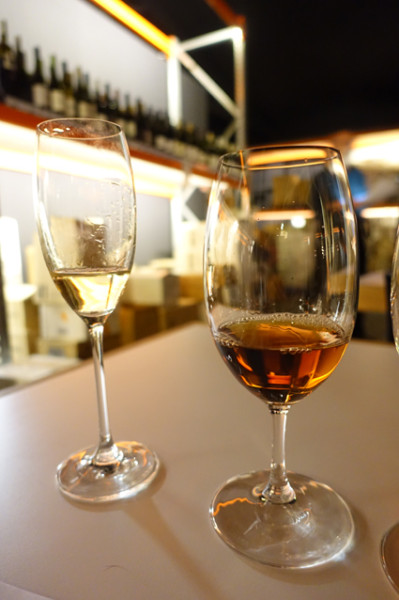 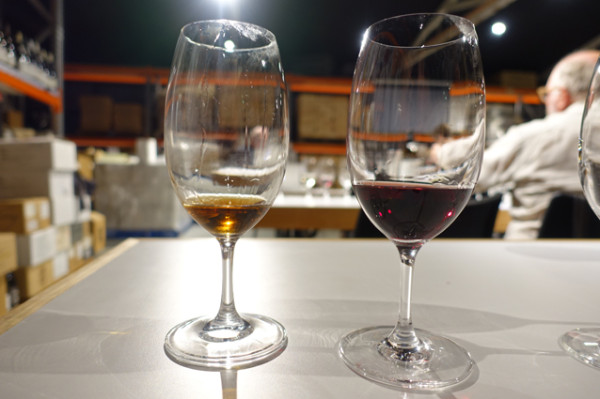 The experience is punctuated by drinking wines that reflect the films. 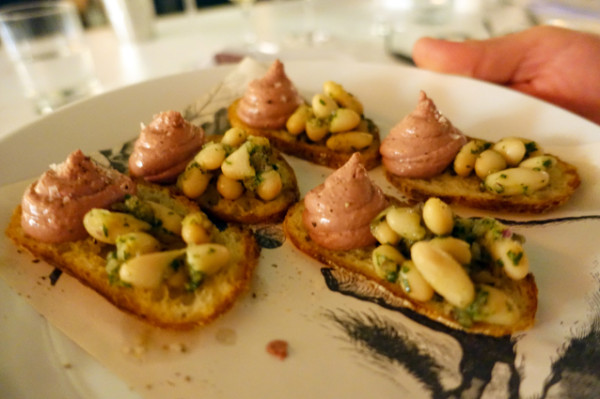 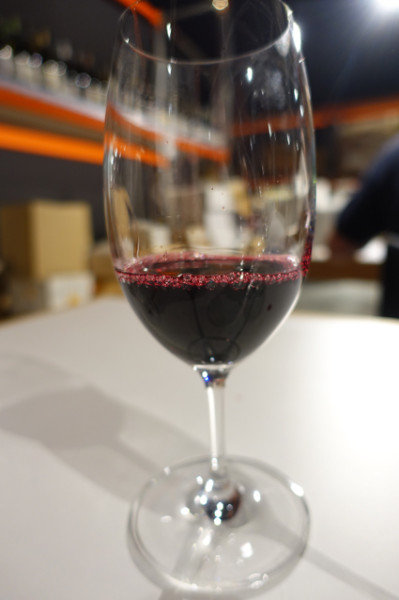 My highlight is enjoying the most famous wine and food pairing in the history of film: “liver with some fava beans and a nice Chianti” while watching Hannibal Lecter tease Clarise with the line in Silence of the Lambs (1991). The wine in question is the 2013 Tenuta Il Palagio ‘When We Dance’ Chianti ($25/bottle), which is fruit-driven with a dry, lip-smacking finish. I’m thankful I’m not on monoamine oxidase inhibitors (MAOIs) because used in conjunction with these high-tyramine foods and beverages can cause severe hypertension and death. Guess we can safely assume Hannibal was off his meds... 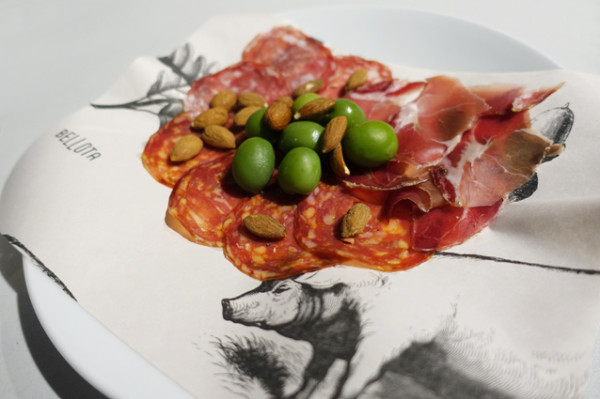 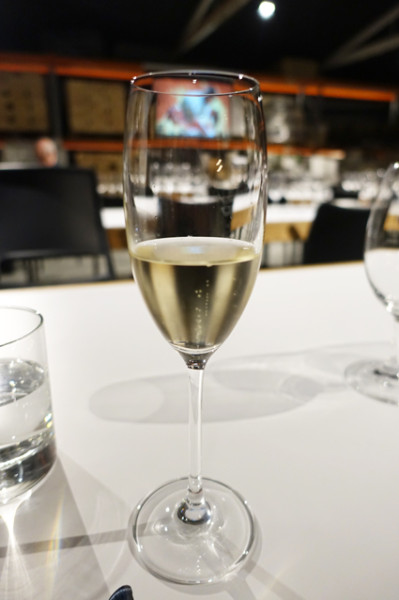 With the bulk of films being made in Hollywood, Roe explains that they largely reflect the "complicated and ambivalent relationship that American society has with alcohol.” The Prince Wine Store team put their shiny Berkel meat slicer to good use on some Borgo salumi and team shared charcuterie plates with a dry, biscuity Champagne: Andre Clouet Grande Reserve Brut NV ($75/bottle). We quaff it as we watch Doris Day pop her cork (both literally and metaphorically) in Champagne (1928); and partake of more alongside another wayward woman, Ingrid Bergman, in Casablanca (1942). Glass in hand, it's easy to see how a drop like this “sort of takes the sting out of being occupied.” 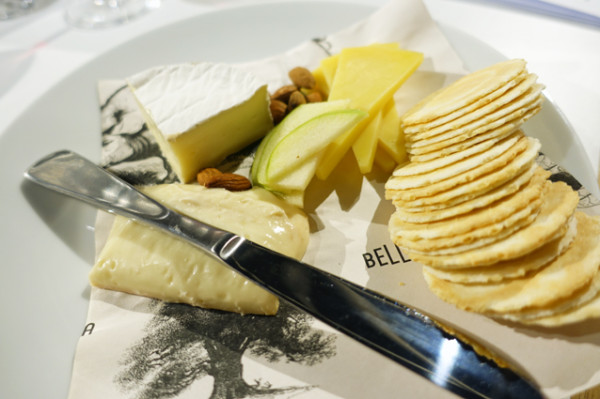 We drink Lustau Amontillado ‘Los Arcos’ Sherry ($35/750ml) in companionship with The Judge in Alfred Hitchcock Presents A Bottle of Wine (1957), nodding sagely as he declares, “we shall not taste its like again”. Shared wines are a remarkably effective way of breaking down the fourth wall. I find myself wondering why I haven’t thought of this before, before remembering a certain fiscal blowout during Blow (2001), and a ridiculous power bill after using air conditioning to make the house a frigid icebox for Independence Day (1996). 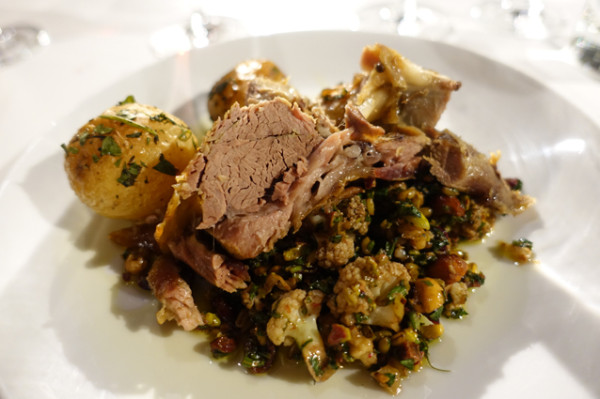 We break for a spot of dinner – a hearty plate of slow roasted lamb shoulder with chat potatoes and green leaf and cauliflower salads – before enjoying film excerpts like the Japanese Tampopo (1985) and every wine-buff’s favourite: Sideways (2004). Our night concludes with cheese, more films, and the opportunitiy to buy the wines we drank for less than the shelf prices I have listed here.