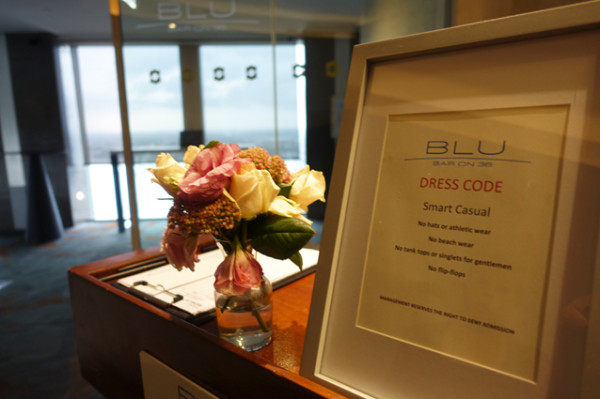 A cloud of smoke is swirled through a carafe of Maker's Mark bourbon, peach liquor and Amaro Montenegro. 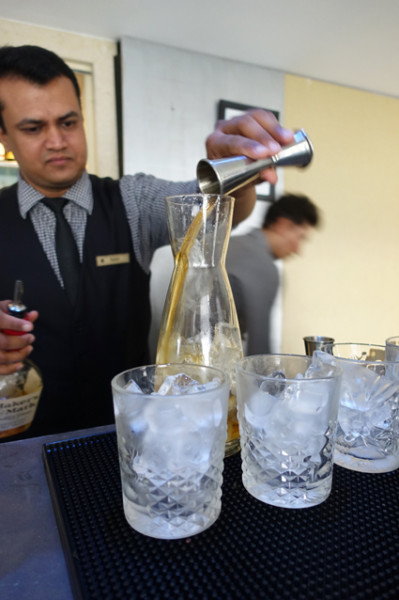 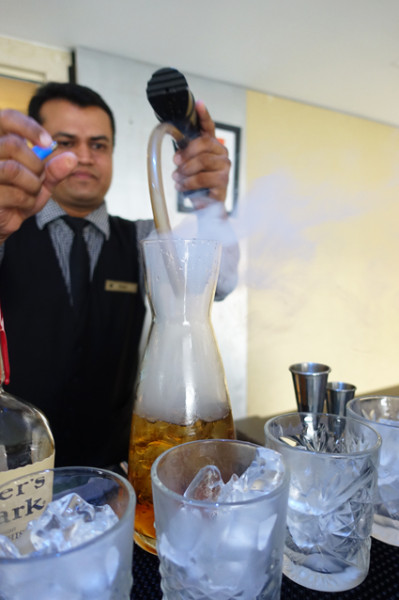 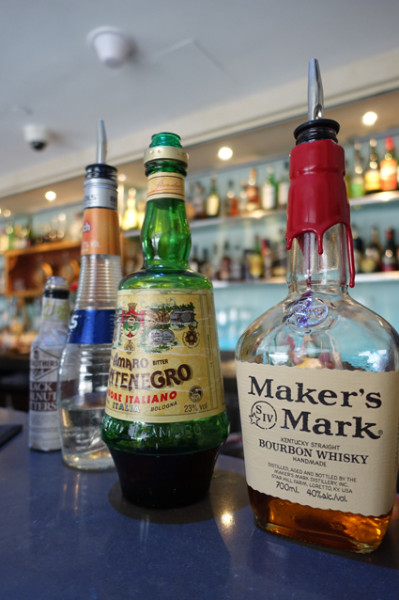 Watching the tea smoke infuse into the liquid is rather hypnotic, and the process mirrors the weather patterns currently swirling around Level 36 of the Shangri-La Hotel. 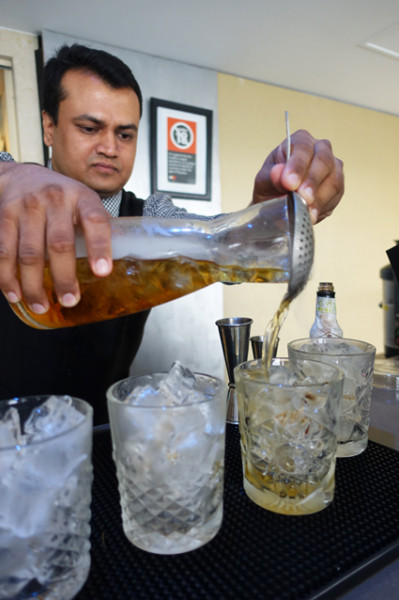 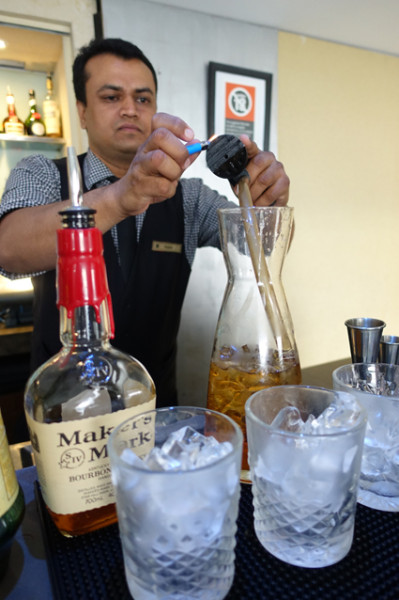 The resulting cocktail, Smoking Mistress ($23), is added to an ice-filled tumbler with a few drops of black walnut bitters. It’s a well-balanced drink, displaying fruit and subtle tea smoke, along with underlying sense of mystery stemming from the clever use of the digestive. It’s also a good advertisement for the new Liquid Physics cocktails at Blu Bar. Service Leader Nabin Koirala takes us through the range, which is inspired by 1920s craft cocktails, and utilises energy and motion in their creation. 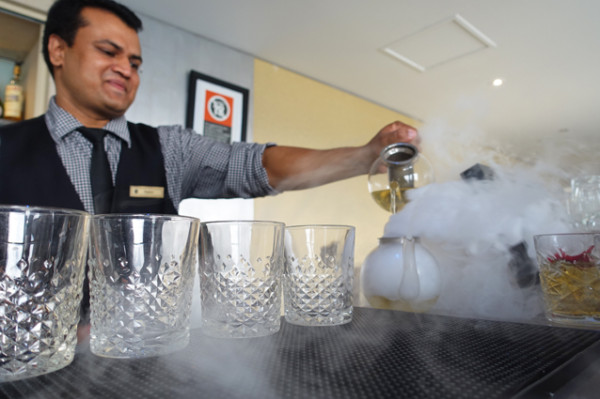 Freshly brewed green tea is cooled using liquid nitrogen in the production of our next cocktail, Nectar From The Orient ($36/2 people). Plumes of smoke descend over the bar, and as gimmicky as it is, I can’t help but smile. 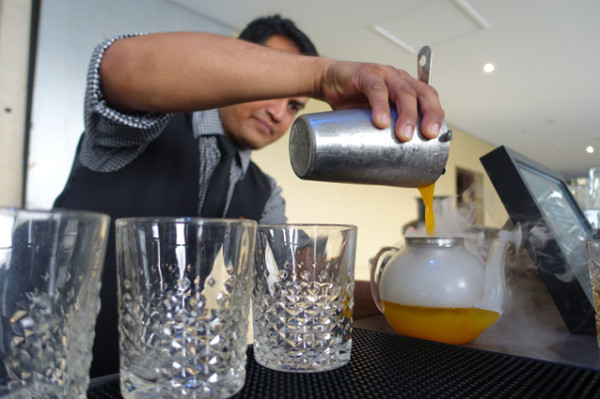 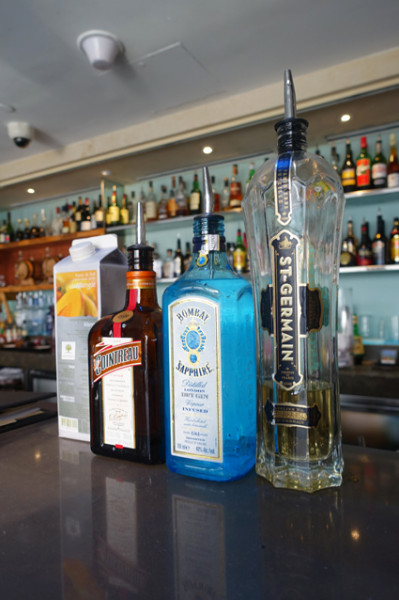 The resulting cocktail for two is served in a teapot with a pair of ice-filled glasses on a little wooden tray. 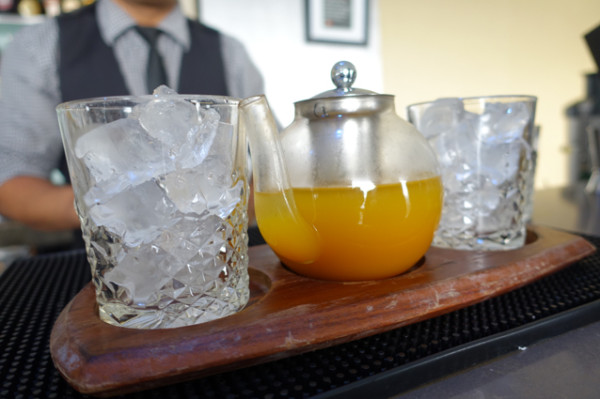 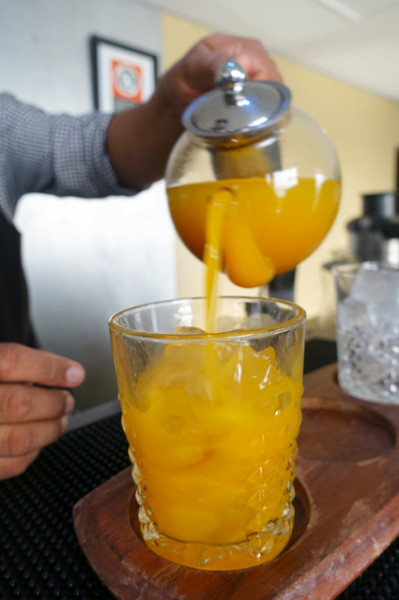 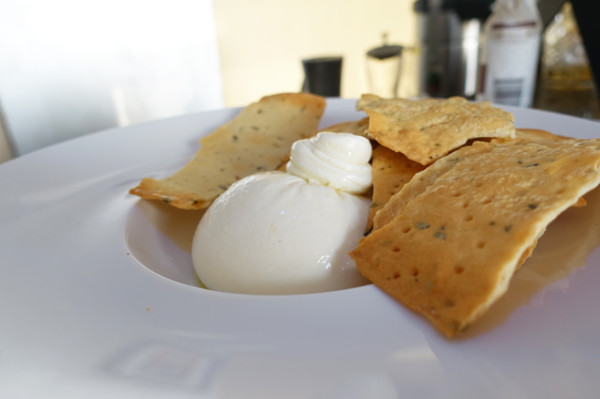 As it’s too late to have it with breakfast, I suffice with a simple, gooey ball of Burrata Cheese ($15) and some imagination. 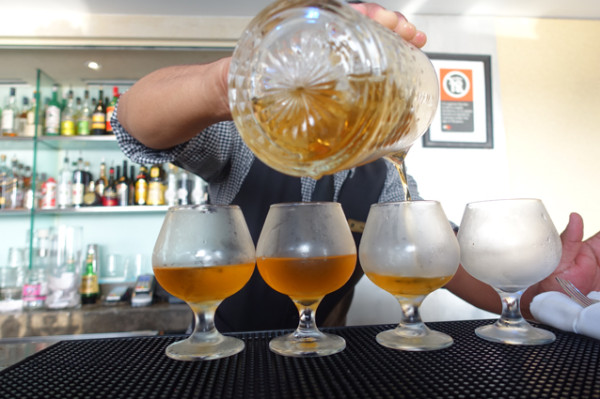 The Clockwork Old Fashioned ($23), served in a snifter, uses the cold-drip hardware perched on the bar to infuse Bacardi rum, Luxardo (an unusual maraschino cherry liqueur) and Grand Marnier with citrus peel, tonka beans and cinnamon. 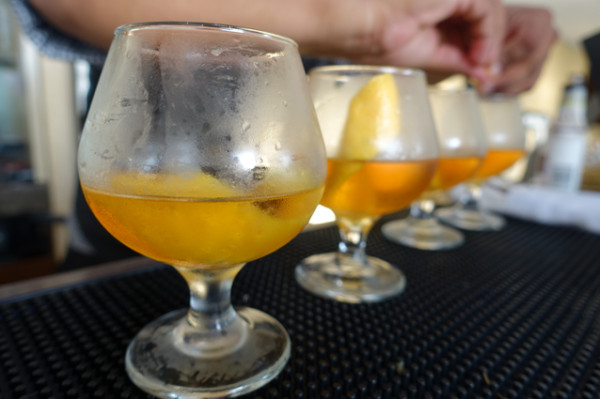 This mix is then barrel-aged, resulting in an approachable, fruity cocktail with very soft spicing and oak. 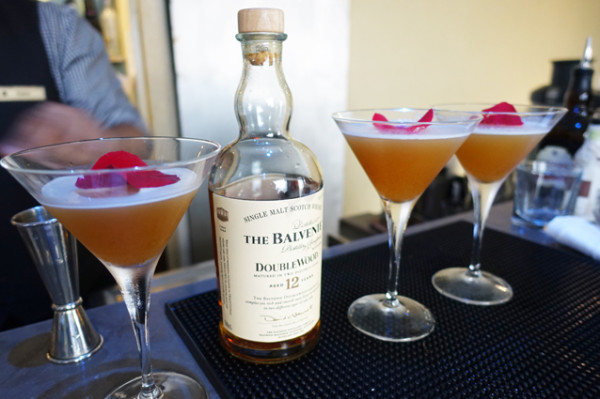 Being a bit of a whisky afficionado, I’m not immediately enamoured with Forgotten Innocence ($21); which teams 12-year old Balvenie with grape Pisco in a martini glass. 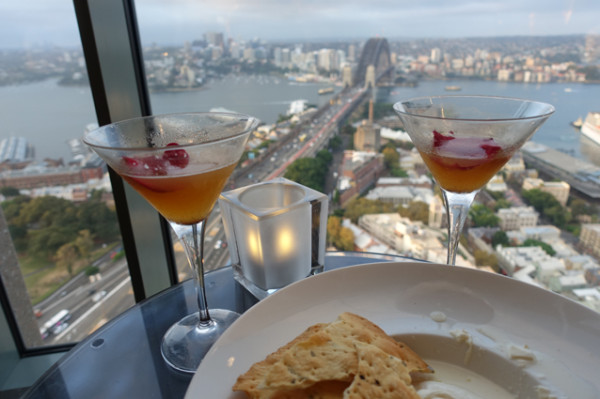 It does however grow on me as I take in the epic vista. Did you know that from a window seat in this bar, you can see all the way from the Anzac Bridge to North Head? 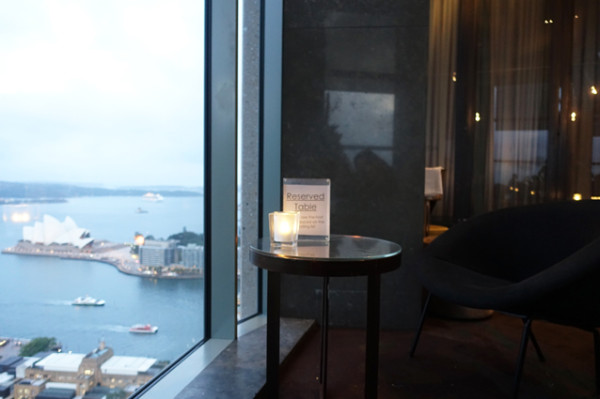 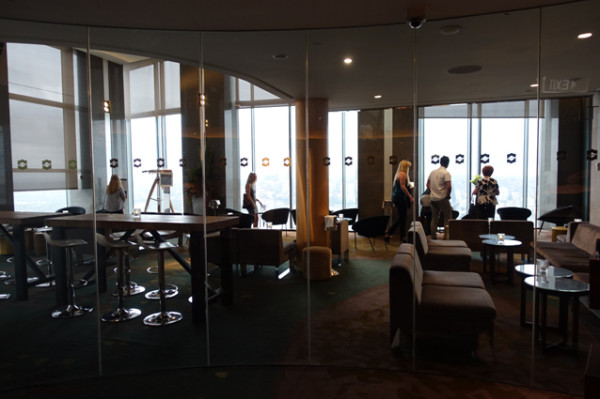 Though with the line-up of people already here at 5pm on a Monday, you may have to arrive early to score a prime spot. 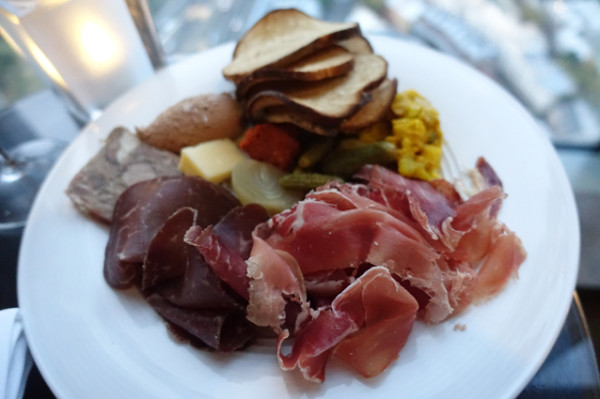 I’m lucky enough to be enjoying a Ploughman’s Board ($22) watching peak hour traffic stream out of the city via the Harbour Bridge. 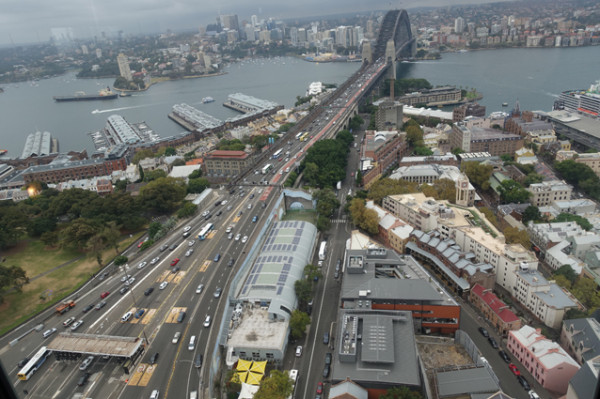 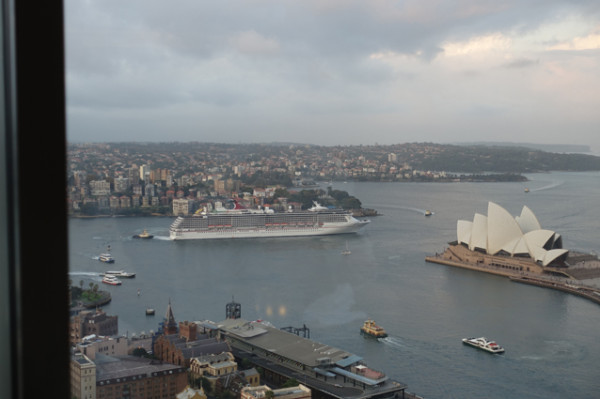 To my right, a tiny tugboat hauls a massive white floating hotel out of Circular Quay, while further up the harbour, the next cruise ship hovers to take its place. 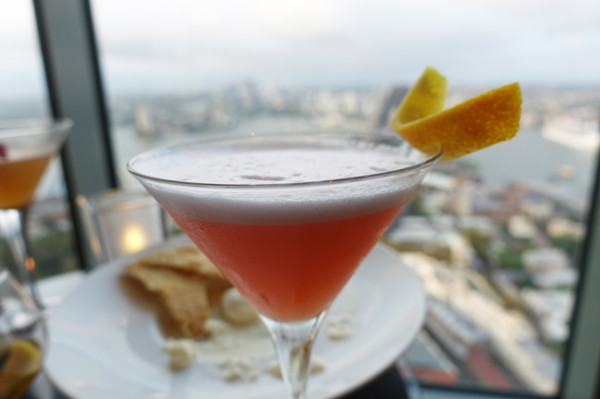 My accompanying beverage is one of Nabin's own creations - Yamazakura ($23) - which takes West Winds gin and teams it with Aperol, grapefruit and egg white and an interesting twist of yuzu. It's a perfect quaffer, and so good it won a cocktail competition that means it's available in all Shangri-La Hotels across the globe. 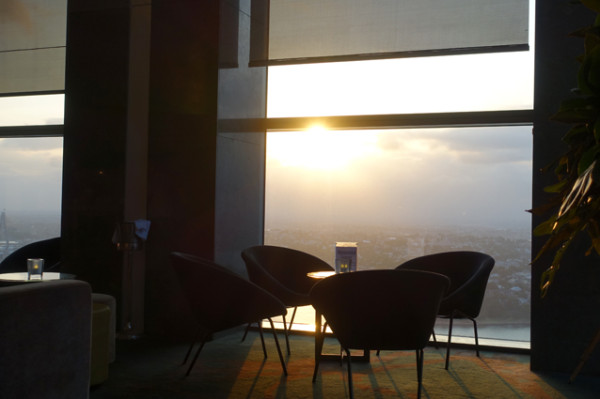 It makes for a very light and airy way to see us off into the rapidly descending night.