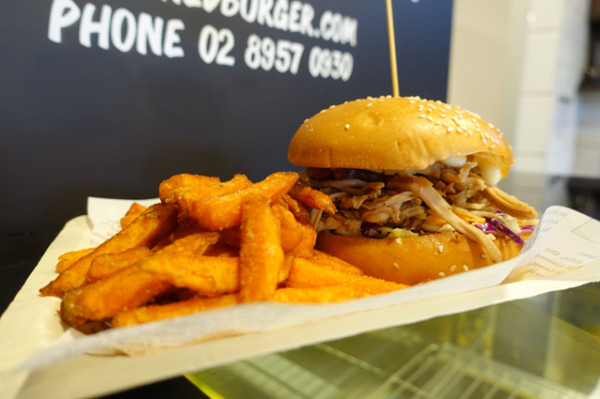 The Fatties Burger Appreciation Society on Facebook has more than fifty thousand members, all eagerly awarding pickles to burgers they’ve consumed about town. Only last week Burger Wars saw a Barangaroo-based face-off between six of Sydney’s best burger makers, including Jake Smyth from Mary’s and Neil Perry cooking under the Burger Project brand.

Next month, Burgerpalooza enters the fray with original burgers from big hitters like Bar Luca, Pub Life Kitchen and Barrio Cellar. This event was slated to happen this month at the Vic on the Park, but when 10,000 people said they were coming in the space of 24-hours, Hashtag Burgers smartly rescheduled, moving it to a ticketed, two-day takeover of Manning House in Sydney University. 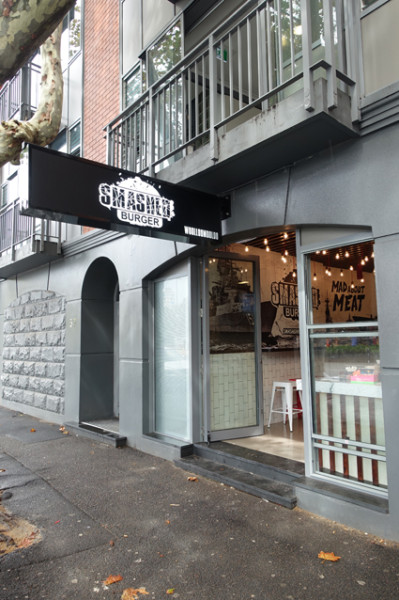 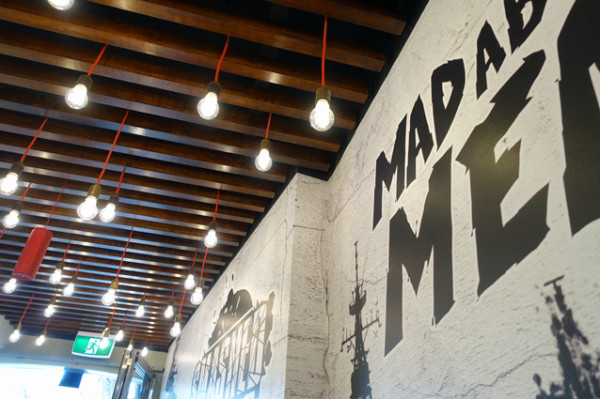 This entire preamble sets the stage for Sydney’s latest burger outfit, Smashed Burger. Knowing they were entering a burger-saturated market, they’ve opened up with a distinct point of difference, opposite Harry’s Café de Wheels in Woolloomooloo. 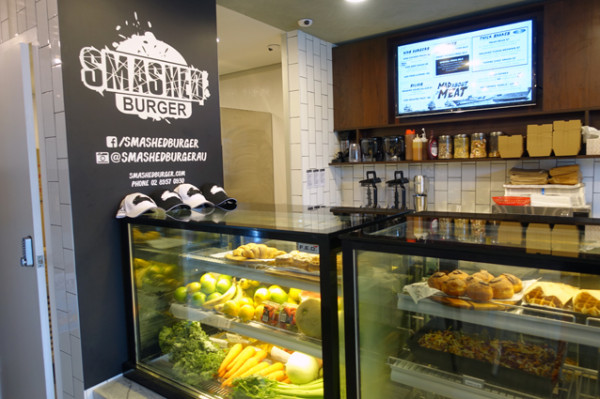 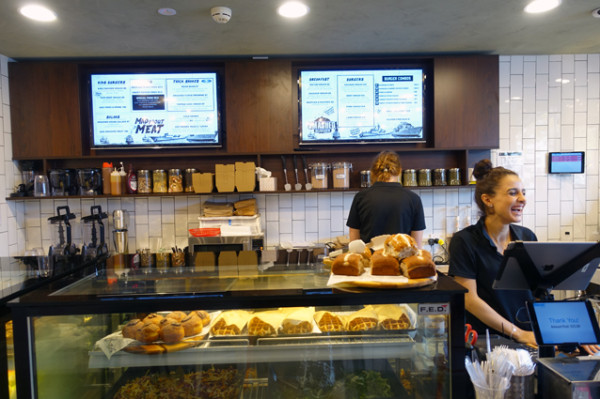 They’ve swapped out the patties that make burgers well… burgers, and exchanged them for meat. We’re talking slow-roasted meat they’ve tenderised and roasted for twelve hours, then pulled (in the case of chicken or pork) or thinly sliced (in the case of lamb or beef). The resulting mound of meat is then ‘smashed’ onto a flat top griddle. 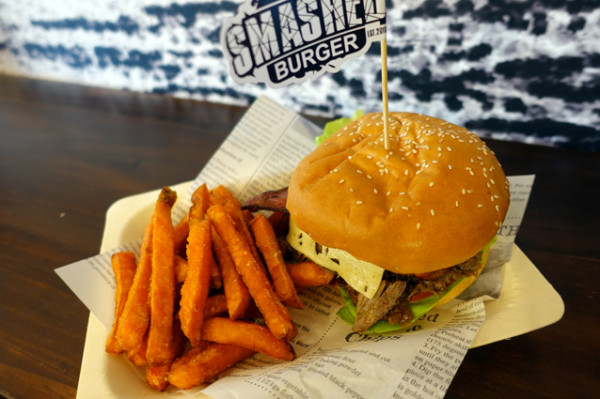 With the Beef Smash ($12),  the seared thinly sliced brisket has a flavour reminiscent of a late-night kebab. It’s teamed on a pretty standard burger bun with all the Aussie essentials: beetroot, lettuce, tomato, bacon, Swiss cheese, mustard and mayo. 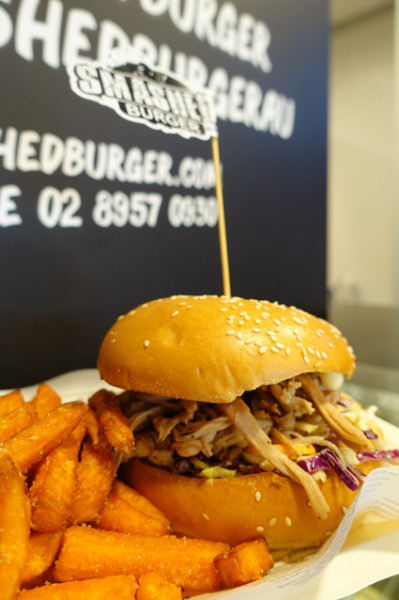 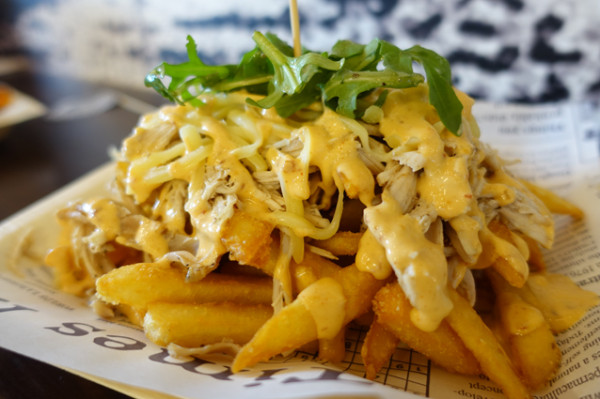 The pulled Pork Smash ($14) wins over my dining companion by including crackling in amongst a fairly sloppy mix of Asian ‘slaw, pineapple, garlic mayo. and apple relish. Yep, without the sealed patty, these babies probably aren’t first date material; unless your idea of dating is having a Jenga match as you both try to extract Special Fries ($9.50) from under a mountain of meat, grated cheese and smash sauce (piri piri mayonnaise). To my eye, the Sweet Potato Fries ($5.50) are more civilised, and definitely more addictive. 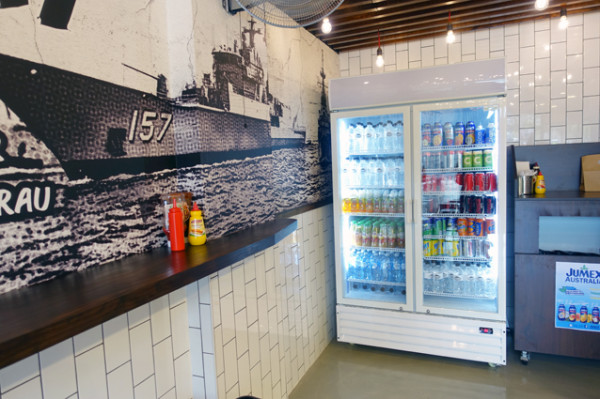 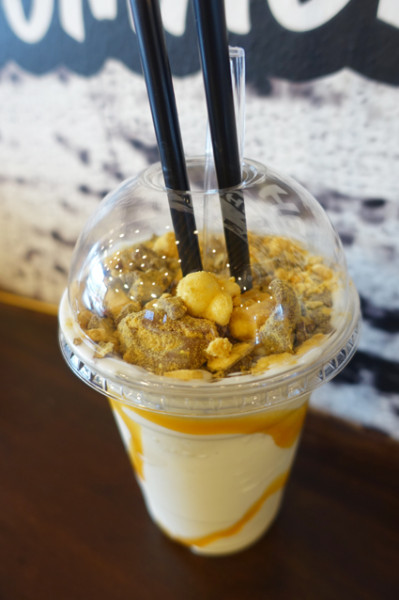 Smashed Burger has a unique idea, and they're located in an area where more inexpensive food options are a good thing, but truth be told, I reckon I’m still partial to the patty.