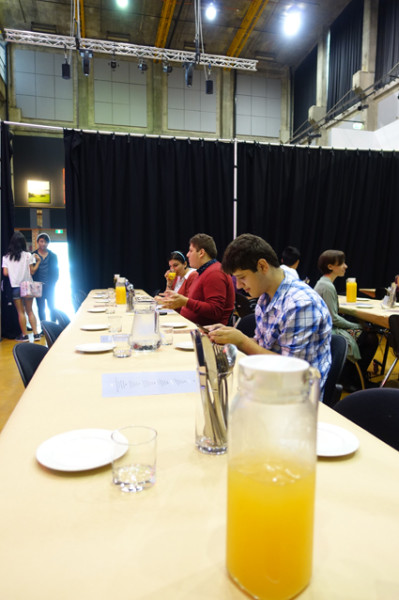 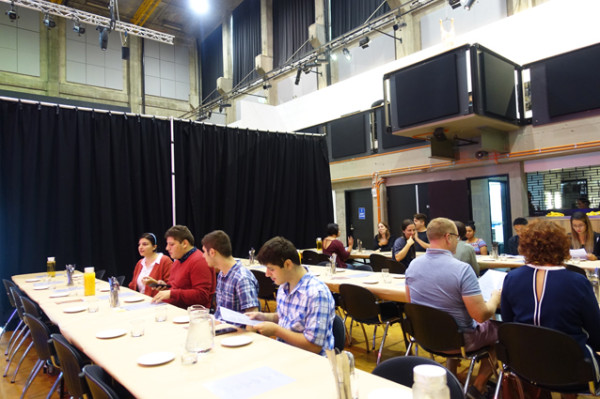 Casula Powerhouse Arts Centre Youth (CPAC Youth) were tasked with creating an event that “would interest young people, and of course themselves, and represent the diversity of Western Sydney," coordinator Jax Hornjik explains. Her pride in her young team is palpable as she introduces their resulting event, A Place At The Table.

The collaborative process between Casula Powerhouse Arts Centre and local youth allows young people to feel involved with their local arts centre while at the same time as gaining valuable skills in performance, marketing and event production. As Jax explains, each month CPAC Youth come up with new work, “and we just go: we'll write the risk assessment for you." 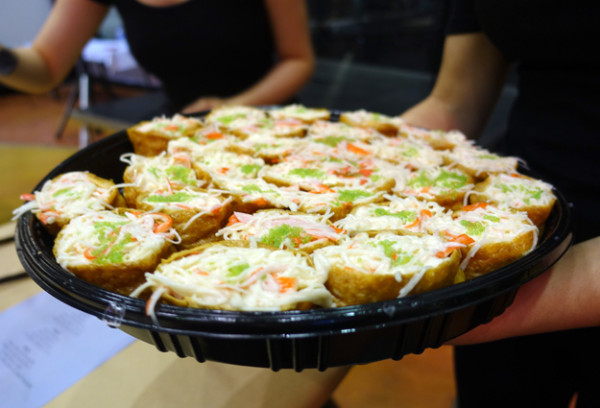 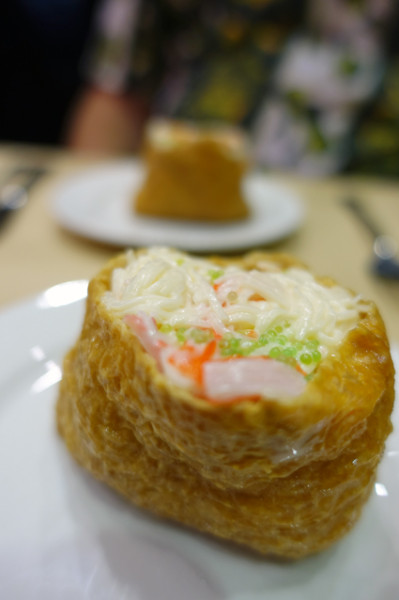 Aimed at young people aged between 12 and 25, A Place at the Table brought together many of the cultures present in the wider Liverpool Council catchment. For a minimal spend of $20, guests were treated to a ten-course degustation celebrating ten different cultures, with the dishes supplied by local businesses. Beginning with fat pockets of crab meat inari from Sushi Hub, Casula and ending with a quartet of desserts from Italy, Uruguay, Poland and Cambodia, the shared meal was created with the assistance of Taste Food Tours. 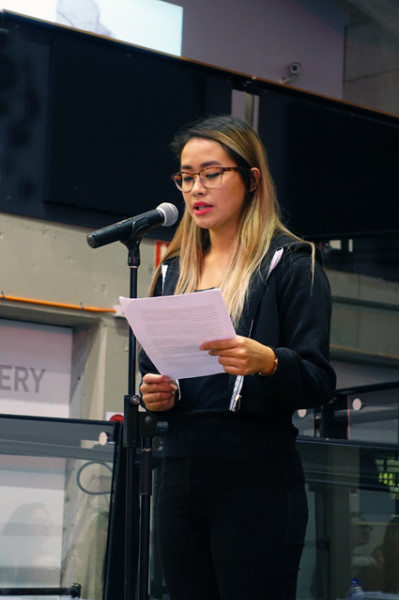 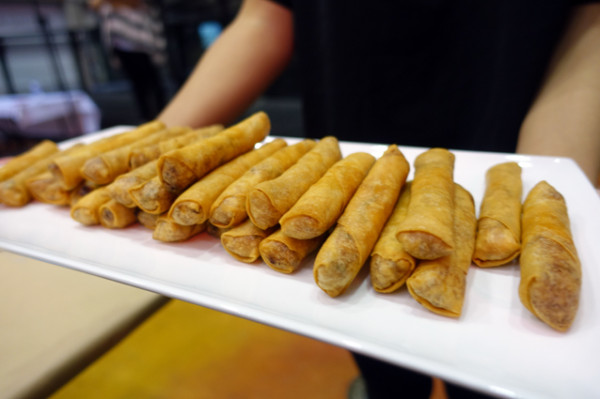 Each course was accompanied by a short cultural performance designed and performed by CPAC Youth members. None were more poignant than An Le’s My Story; her own narrative of being a first generation Vietnamese-Australian. While guests tucked into chicken spring rolls from VN Noodle House, Liverpool, An told us that "life growing up here in Liverpool was mostly a really positive experience."

As a teenager An rebelled against the Vietnamese language classes her Mother sent her to, but in later years she came to recognise the importance of knowing her cultural heritage. Amidst a flurry of tears, An related a conversation with her Mother where she asked why she wasn’t mad when her daughter rejected her culture. An said her Mother told her she immigrated because she wanted her kids to be happy, and have choices, because “hers were so limited at my age.” 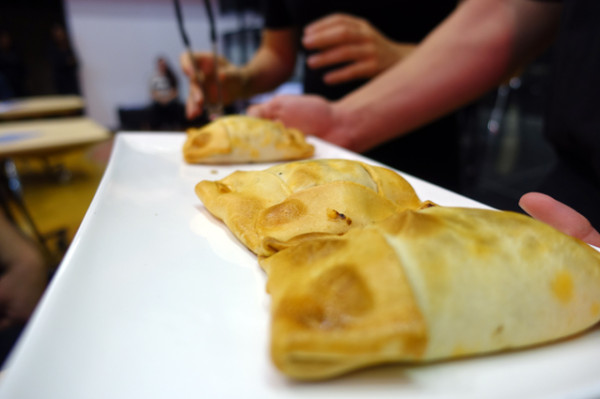 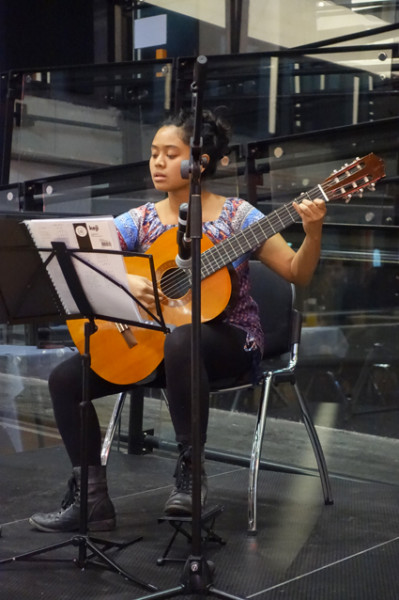 Chilean empanadas, supplied by popular Carramar bakery, Lion D’Or, were a lucky dip of flavours; but guests were able to choose their favourite type of Serbian burek. 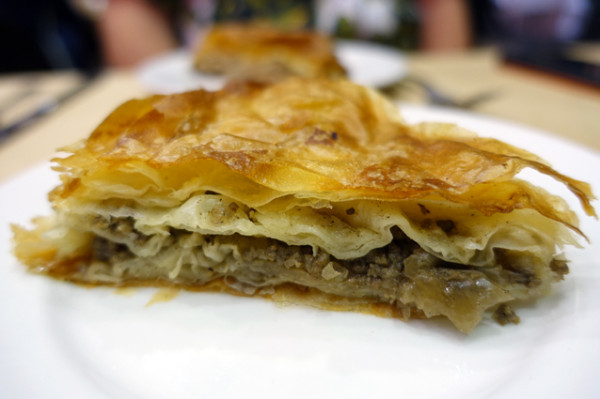 Opting for meat, I was particularly excited by the airy ripples of flaky pastry in the offerings sourced from Royalty Bakery in Liverpool. (I've even noted down their address at the end of this post, so I can visit it at a future date.) 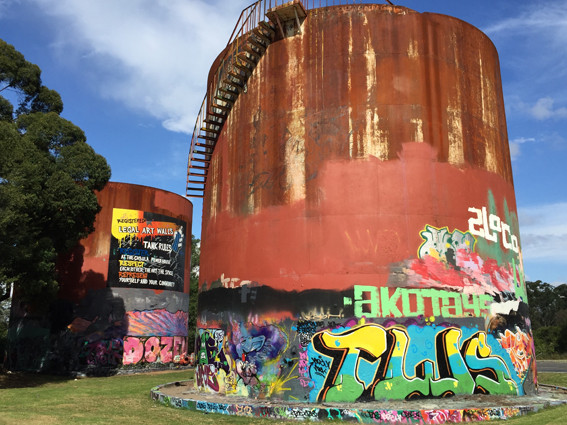 A short break in proceedings afforded guests the opportunity to wander the grounds of the art centre; experiencing the cacophony of sound generated by the river’s extraordinary bird life, and take in the art. 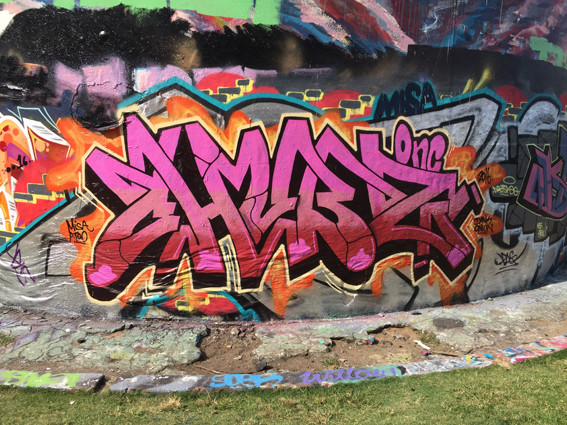 The large oil and water tanks, remnants from the venue’s time as an electrical substation, are one of the few legal art walls available to street artists in Sydney. 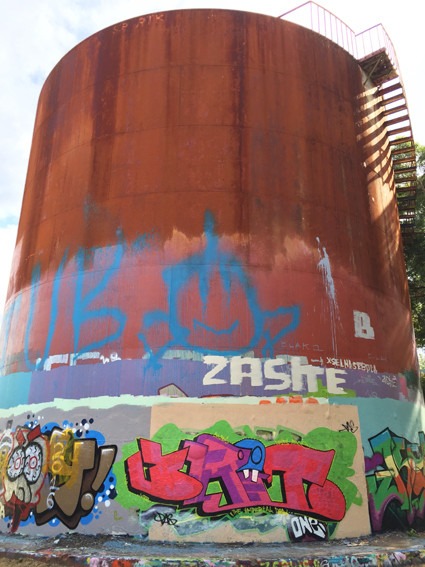 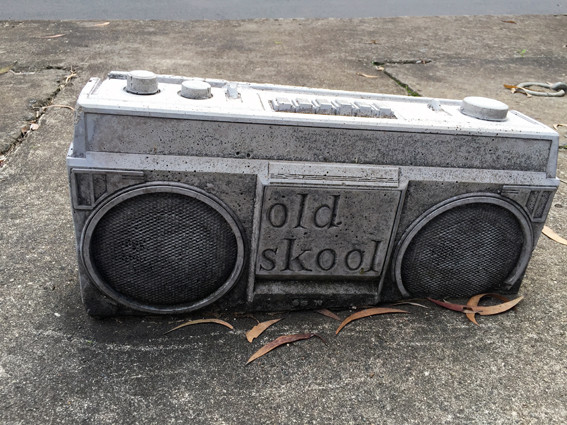 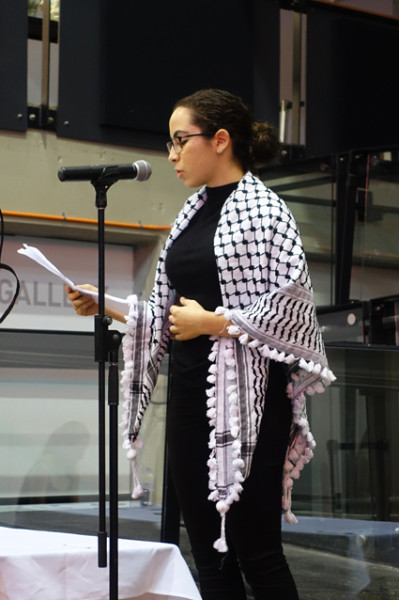 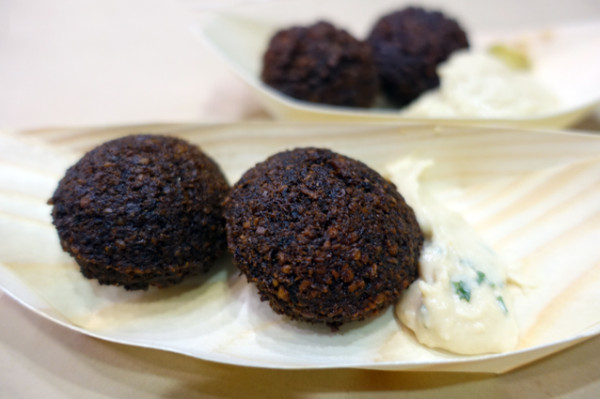 "Zionists invaded our land, which they were promised, but we were not warned," reads Renee. She’s wrapped in a Palestinian keffiyeh and illuminating us on the plight of the Palestinians as we resume our meal, tucking into falafel and hummus from Yum Yum Bakery in Guildford. 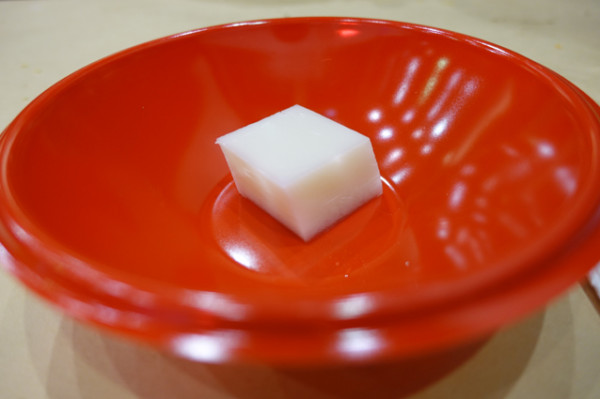 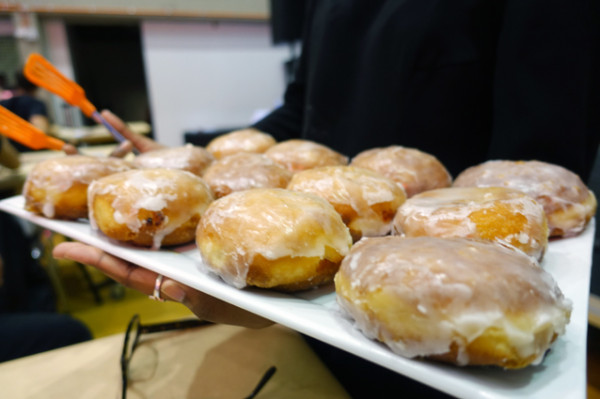 We also hear about the struggles of the Khmer in Cambodia while eating coconut jelly from Mrs Op’s Shop in Bonnyrigg. Both performances neatly put paid to the lie that young people are politically disengaged. 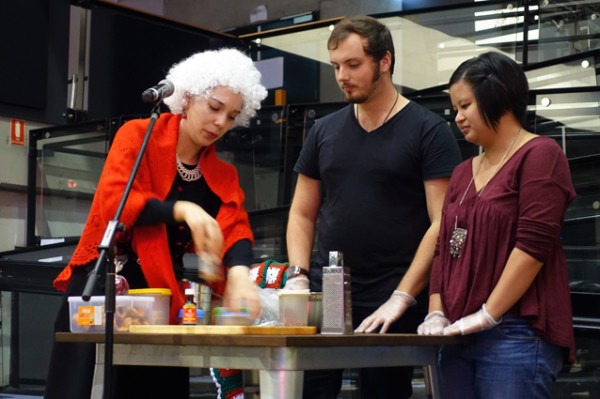 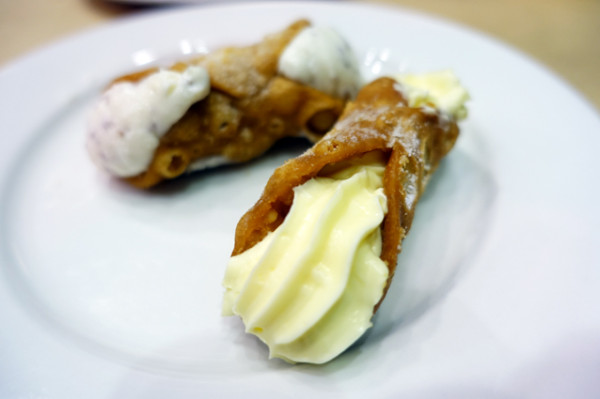 “Leichhardt? Don’t go there for Nonna’s cooking, it’s rubbish,” volunteers the vivacious Amelia Morgano. She’s summoning her Italian Nonna for a cannoli demonstration that co-opts a few audience volunteers. We’re kept from getting too envious with our own vanilla, chocolate and ricotta cannoli from Divine Sweets in Casula; licking our fingers to a bubbling monologue seemingly streamed direct from the lips of her Italian Nonna. 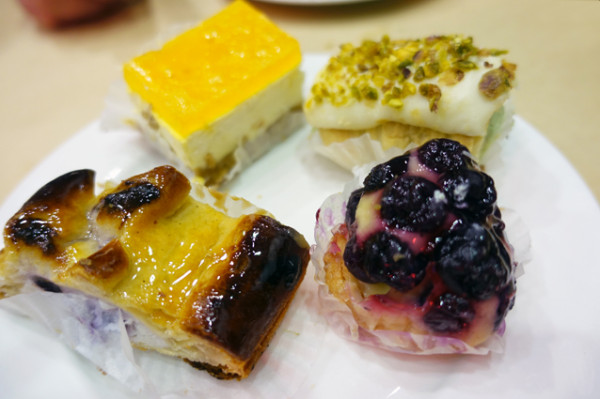 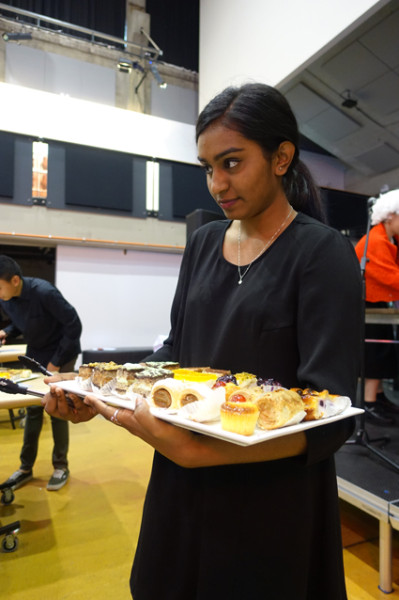 We start to hit maximum sugar overload when trays of Uruguayan cakes from Lion D’Or bakery are circulated, fast on the heels of glazed, plum jam-filled Polish doughnuts from Copernicus Café and Restaurant in Liverpool.

It's hard not to leave impressed about the positive impact this metropolitan arts centre is having on the young people of South West Sydney. By engaging youth in the process of producing art-based events, Casula Powerhouse Arts Centre ensures it has a youth-relevant programme while simultaneously equipping the area's young artists and event producers with hands on experience that will flesh out their creative portfolios - a win-win situation!