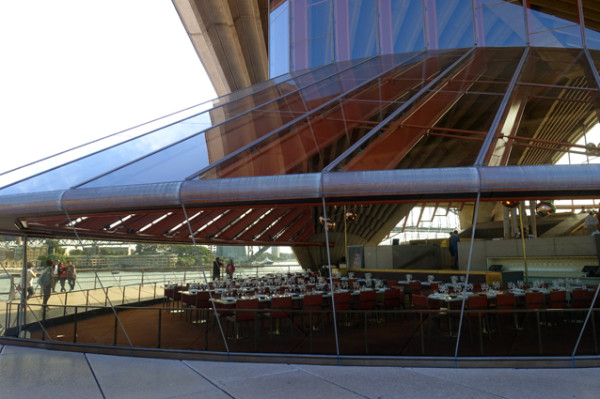 Last week PorkStar celebrated the beginning of their second decade under the sails of the Sydney Opera House. More than just a slightly risqué series of advertisements encouraging consumers to get some pork on their forks, PorkStar is also a chef ambassador program that recognises the chefs working hard to inspire us all to eat more pork at home. 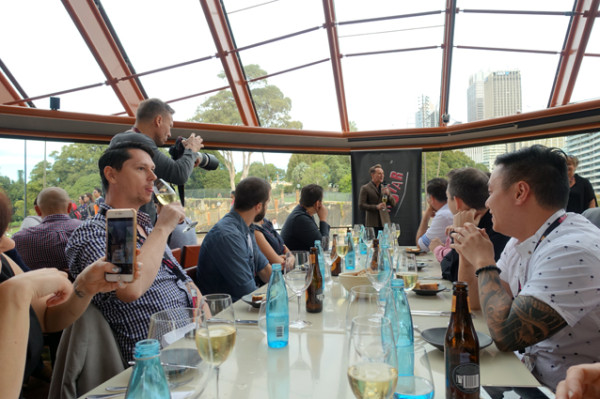 Packing out Bennelong with more than one hundred of Sydney’s best chefs, Australian Pork Marketing and Communications Manager, Mitch Edwards, made a short but rousing speech in celebration of their work. With everyone from Manu Fiedel to Colin Fassnidge to Christine Manfield in the house, the pressure was on Bennelong Head Chef Rob Cockerill to come up with the goods, starting with circulating trays of mini slow braised suckling pig pies. 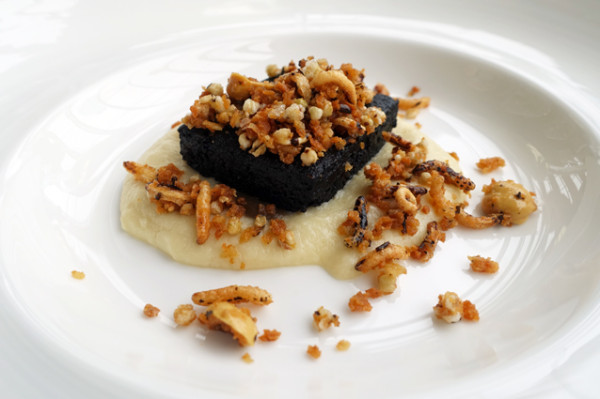 Soothed by a brunch-like mix of roasted black pudding, brioche cream, morel, hazelnut floss and grains, I sank into an easy conversation with Head Chefs Jamie Irving from Berta, Naomi Lowry from Popolo and Leigh McDivitt from One6Eight. Our meal was punctuated with discussions of menu costings, and the solutions they have devised to attract in Sydney diners on a Tuesday night. For journalists like myself, this wonderful annual event affords us the opportunity to stay connected to the daily struggles chefs face in running their restaurants. Often times when reviewing a restaurant, I never even meet the chef I’m writing about, despite reading everything in their bio. and eating their cuisine in each of the three restaurants they’ve headed up before this one. 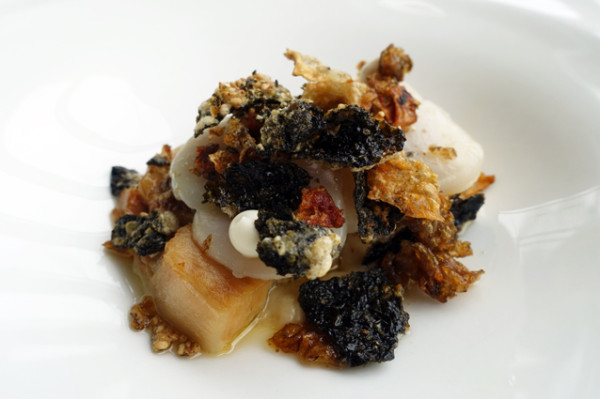 The showpiece of the menu was a gelatinous slab of pork belly turned seaward with delicate scales of finely sliced sea scallops, roasted seaweed, Jerusalem artichoke and umami butter. Sitting with chefs has other advantages, with Irving rattling off a recipe for umami butter I’ll likely try out at home. 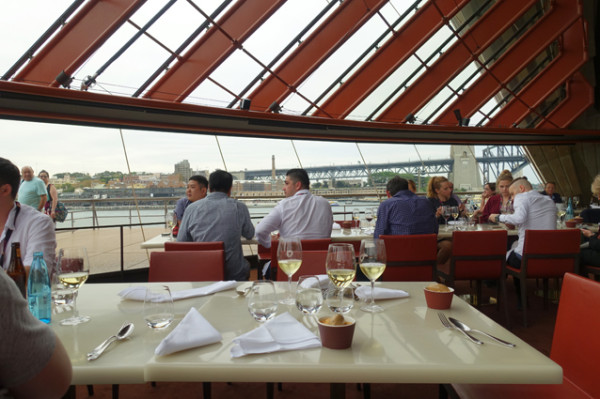 While looking plain from outside, the updated Bennelong dining room impressed with ‘curtains that match the drapes’ in the form of rusty red chairs and pearlescent table tops that reflect the extraordinary architecture of the surround sail. The carefully chosen crockery was another strong point, with the side salad attracting more attention from the brigade of chefs for its stylish bowl, than the contents. 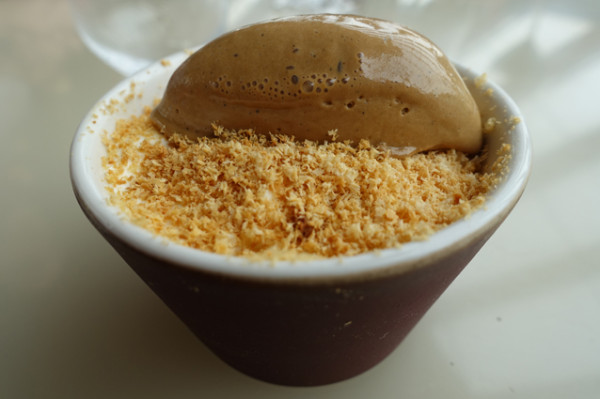 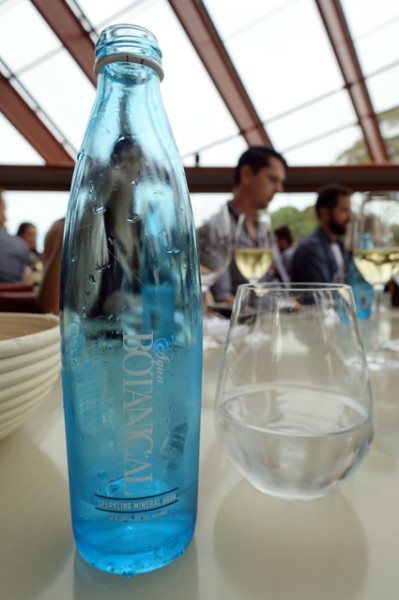 A small pot of muscatel and pecan trifle with muscovado ice cream saw us off into the afternoon, with sloshing bellies full of Ross Hill wine, Two Birds Brewing beer, and locally produced Aqua Botanical water. I left feeling warmly toward pork, no longer ‘the other white meat’ it’s imminently about to overtake beef as Australia’s favourite protein, combined with a hankering to return to Bennelong to see their full menu in action. 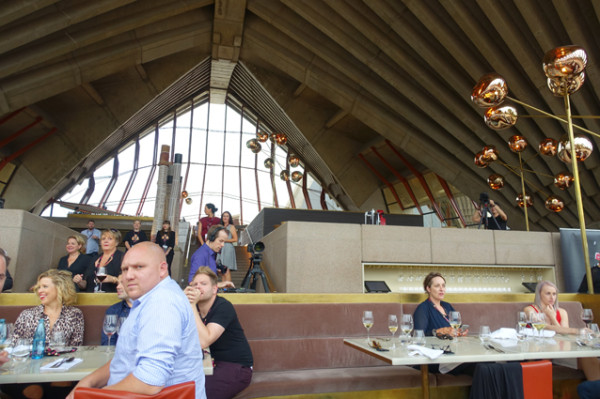 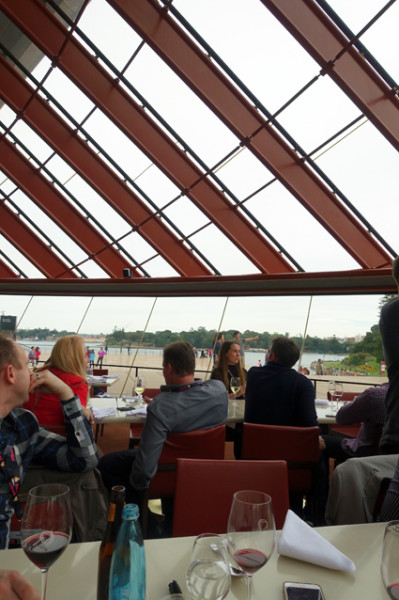 Check out this great video of the PorkStar Sydney 2016 event: