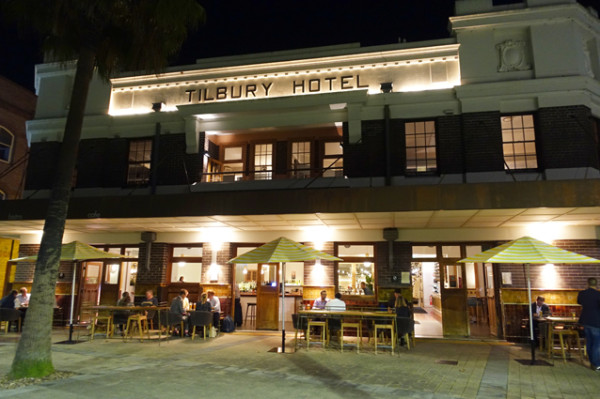 Settling into blogger life after journalism, I decided to investigate a Zomato Meetup at The Tilbury. Zomato hosts these events for some of the 300-odd restaurants who advertise on their Australian platform, allowing them the opportunity to be seen by social media influencers who post about them. By having more activity on their restaurant listing, these advertisers climb the Zomato rankings and are thus seen by hungry Sydney diners more often. My Zomato staffer dining companions tell me this not-quite-organic way of improving visibility on Zomato can never beat actually being the next big thing. 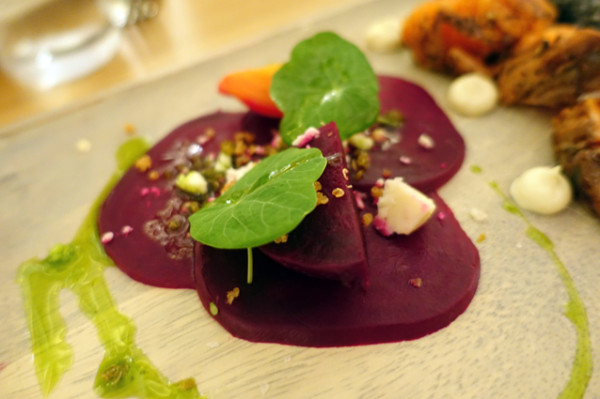 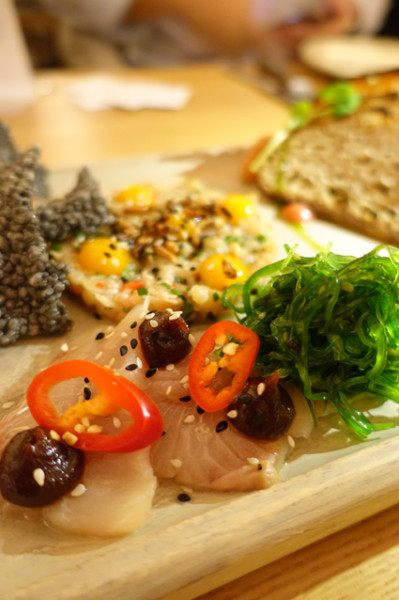 As someone used to dining as a twosome, group meals are a whole different ballpark. Rather than seeing individual entrees, our amicable waitress tells us we’re being served the whole range of them on a platter. 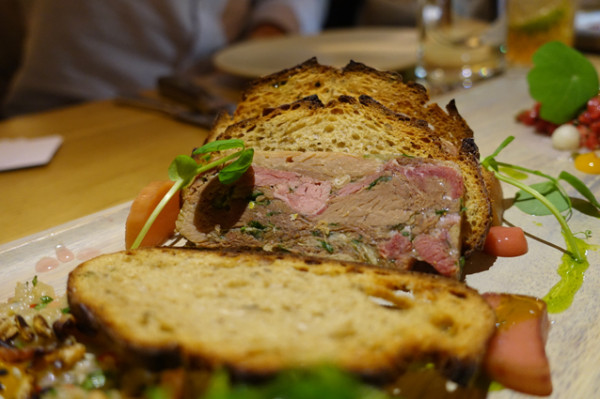 When it lands, the awkward sport of sharing them fairly begins, but only after copious Insta-worthy photo documentation, with one clever lass peeling back the sourdough toast to reveal a visually impressive Wild Boar Terrine ($18). 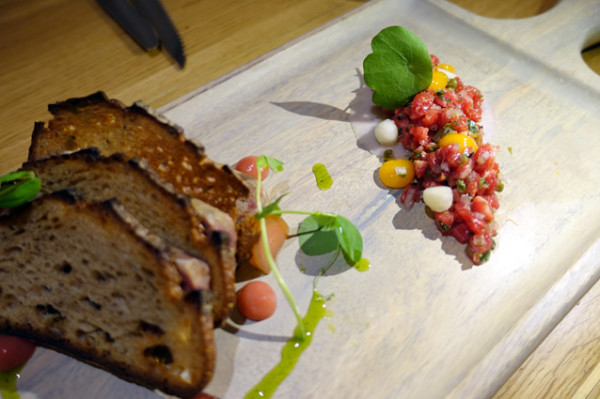 The Ox Tartare ($22) entree I would have ordered, sounded adventurous on the menu, what with coal oil, kohlrabi, egg yolk jam and a charcoal cracker, but ate quite subtly. 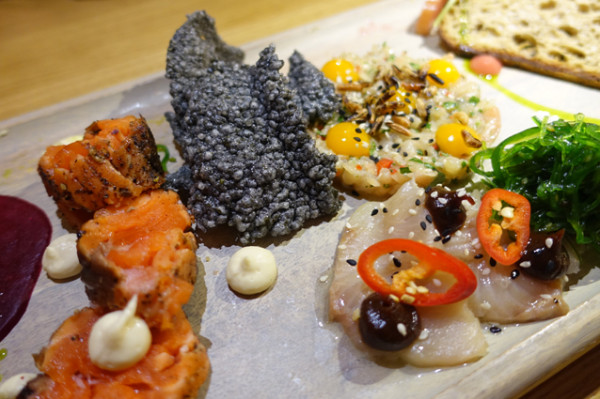 Intense beads of miso dressing and the shock of red chilli elevate Hiramasa Kingfish Carpaccio ($22) into something quite engaging. It’s surprising to see so many raw dishes – there’s also a yellow fin tuna tartare - still featured on the menu so late in autumn. I put it down to this year’s seemingly endless summer. 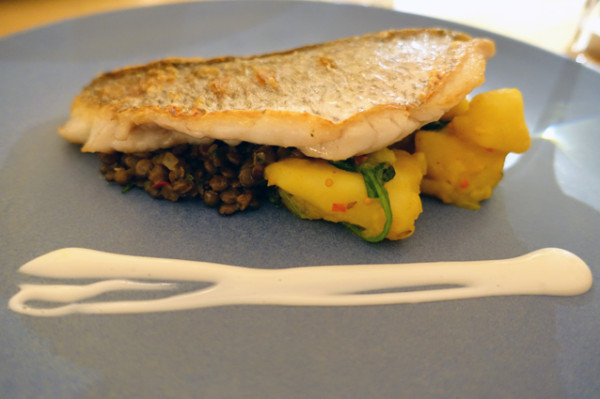 Head Chef James Wallis has immigrated here after making his mark in the Mother country. You’ll see modern British influences peeking out in mains like New Zealand Snapper ($33). The crisp skinned fish is pan fried and served up on a bed of saag aloo and lentil dahl with lashings of lassi (yoghurt). The gently curried spuds would make the British Raj proud. 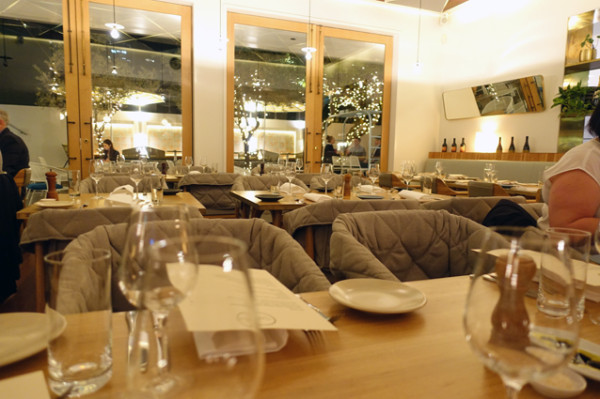 For regulars at The Tilbury, these modern British leanings offer nice continuity, running on from dishes like the ever-popular Beef Wellington trotted out by previous Head Chef, Elton Inglis. With cosy padding wrapped wooden chairs, plenty of natural light and earthy tones, the dining room has a casual informality that speaks of long Sunday lunches. 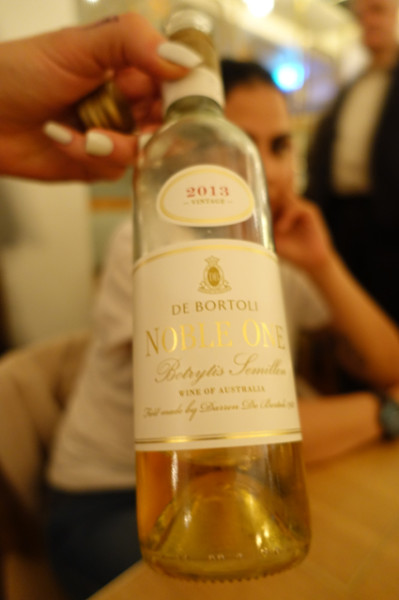 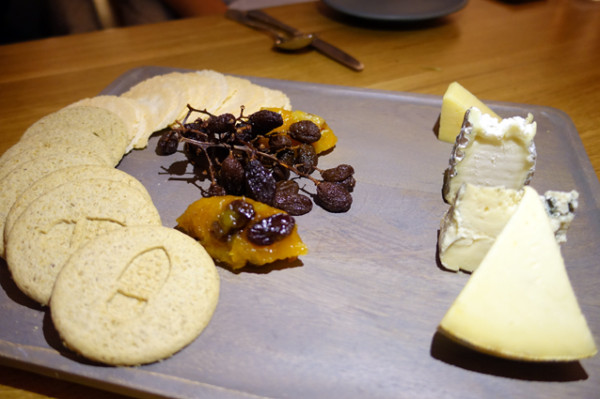 I can see myself sitting back with an Australian Cheese Board ($24) bested by an organic white mould goat’s milk cheese from Holy Goat, and a fruit-forward 2014 Croix de Bézard Picpoul de Pinet ($11/glass). 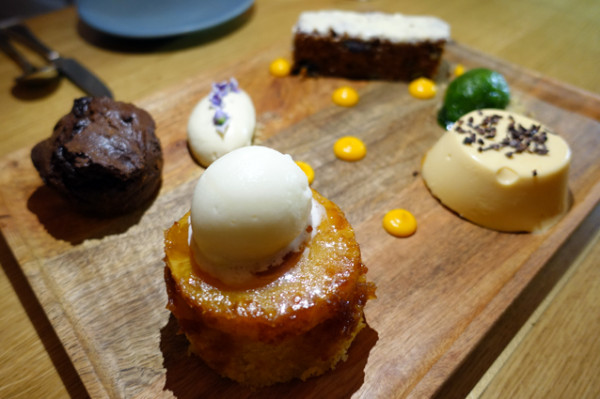 For something more decadent you can load up on the sweet stuff with the Chefs Selection Dessert Platter ($50/4 people). Alternatively you can cut to the chase and get the standout: a moist Carrot and Walnut Cake ($15) offset by an intensely green quenelle of coriander sorbet. Chocoholics may also appreciate the addition of cardamom, and pretty rose water ice cream with their gooey-centred Chocolate Pud. ($15). As for me, I reckon I'm back to sneaking into restaurants as a twosome, so I don't have to share...