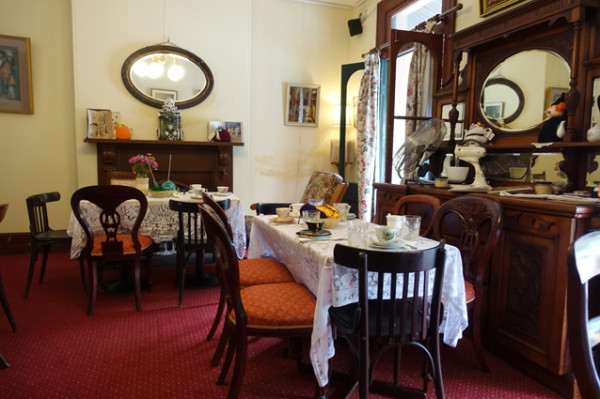 Housed in a typical 1870s Victorian terrace, The Tea Cosy was once the home of a merchant seaman and his wife, who lived in it from the 1920s until the 1970s when the Government tried to move the local residents on. Their neighbour, Nita McCrae, whose family had lived in the area from 1805, formed The Rocks Residents Group, a precursor to the green bans, in order to oppose breaking up her local community. 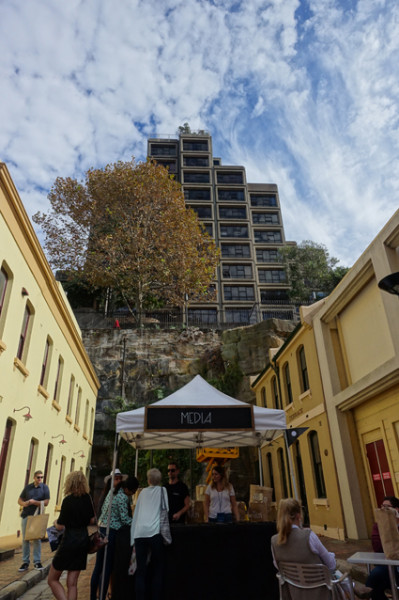 Flash forward to today when the Government is still trying to remove public housing tenants from the area, including those in the historic Sirius Apartments, which are listed by the National Trust of Australia (NSW). Luckily the historical tradition of strong resident action groups has continued, with the Millers Point Resident’s Action Group fighting hard to save their local community.

So as you take in tea at The Tea Cosy, which now managed by the Sydney Harbour Foreshore Authority, raise your cup to the tenacity of local residents, who have fought hard to ensure that Government takeovers of public housing in The Rocks have never gone well. 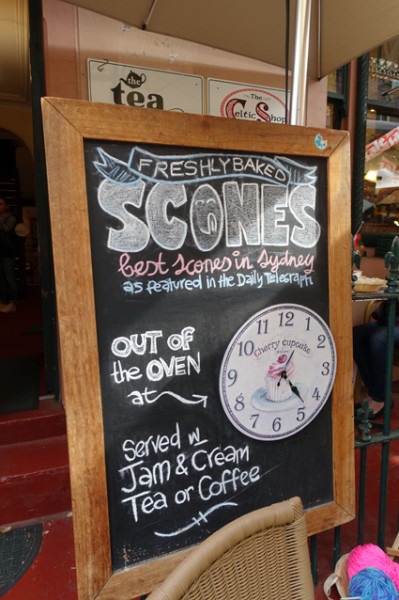 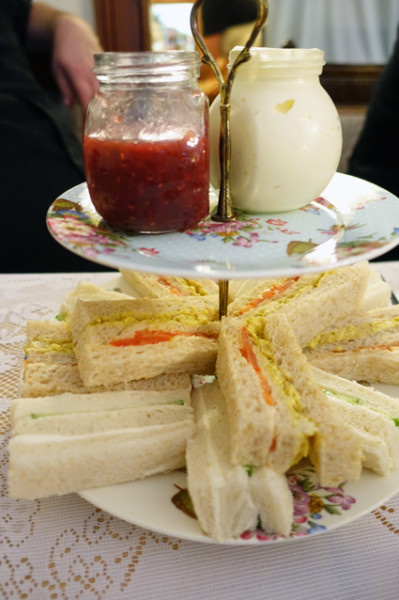 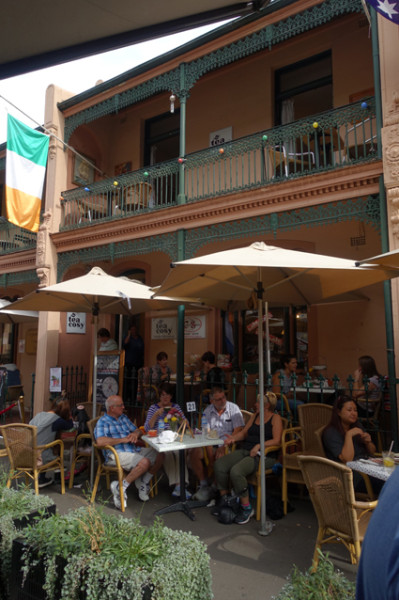 The Tea Cosy feels a bit like visiting Grandmother’s house. The upstairs rooms are populated with mismatched tea sets and chairs, knitted tea cosies, and unfinished baskets of knitting resting here and there. The drawcard is the freshly baked scones, pulled out of the oven at particular times each day, as indicated by scone o’clock on their chalkboard. 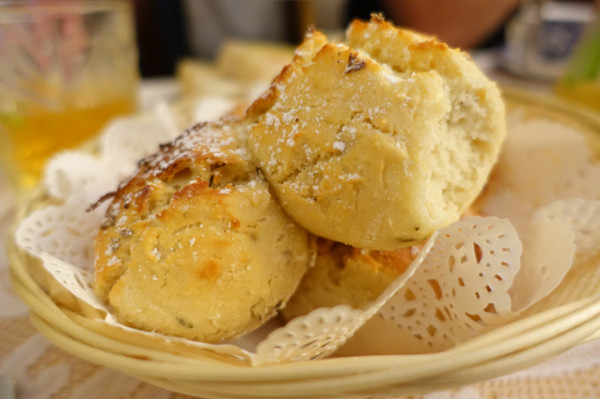 You can enjoy the scone flavours in the day in The Tea Cosy Tasting for Two ($45), a tiered platter bearing four scones, six ribbon crust-off sandwiches, two choices of jam and a pot of double thick cream. On the afternoon I dined, the scones were offered in both lavender and plain, against tangy rhubarb, raspberry and vanilla jam. Lightly golden, my scones were dense, crunchy affairs, failing to edge out BangBang Café’s airy, buttery lemonade scones for the best I’ve had in Sydney. 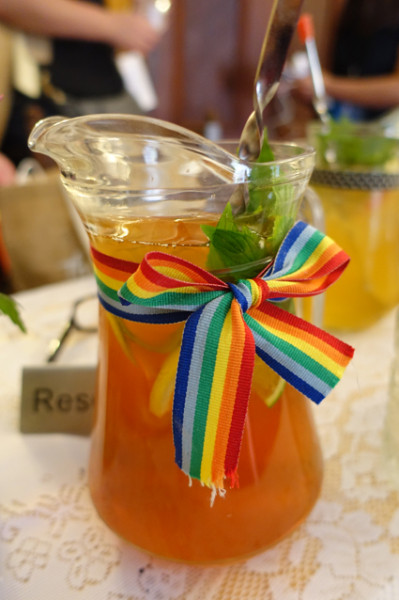 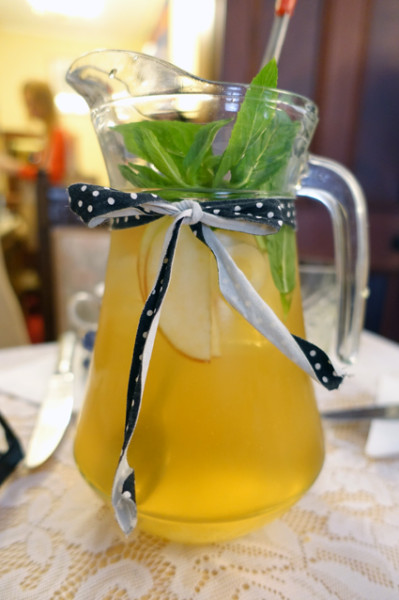 If the weather is warm, dip into a jug of their homemade ice tea. I was hard pressed to choose a favourite between Lemon and Lime ($13/jug) made on black tea, and Lemongrass and Ginger ($13/jug) made with a gentler herbal base and apple slices. They’re the perfect way to refuel if you’re taking a stroll through The Rocks Markets on a Saturday or Sunday afternoon.