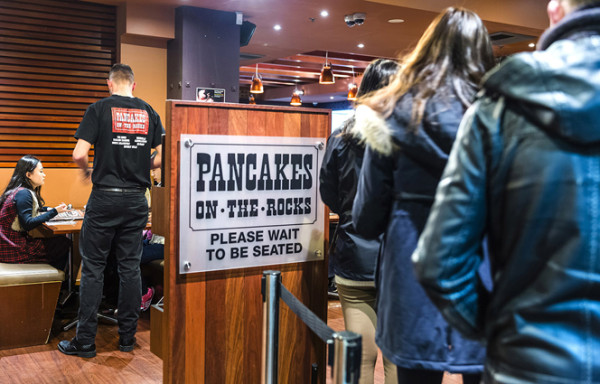 I always thought Pancakes on The Rocks was the go-to place for drunk tourists and naughty toddlers, which, given the 24-hour opening hours, meant you’d hear one or the other. But this institution (which has expanded west of Sydney and recently as far as the Gold Coast) has been around, mostly unchanged, for over 40 years and there’s a reason why: it embraces the most spirited of people.

Take the harbour-view restaurant in The Rocks that still has a 24-hour license in a city that never lets its guests have fun after bedtime, somehow Pancakes is the exception to the rule. When you think about it, pancakes are one of the only foods you can acceptably eat at any given time, and at any age. General Manager Nelson Tromp loves his pint-sized guests so much he encourages them to play with their food and create artwork (read: mess) on the plate. 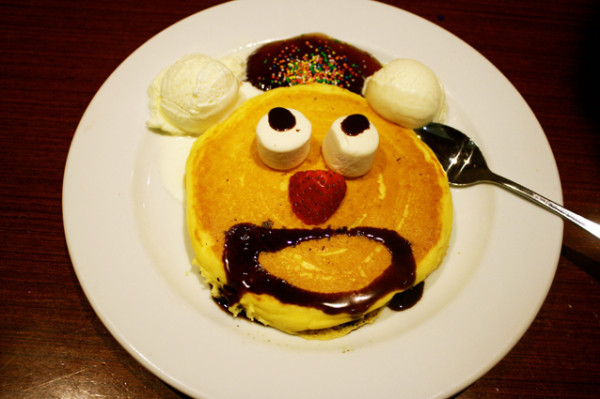 “Having fun at meal times can encourage a good relationship with food,” he assures us. Master Two did just this with his Funny Face ($7.95) pancake which he ‘decorated’ with marshmallows, chocolate sauce, jam, ice-cream and sprinkles. 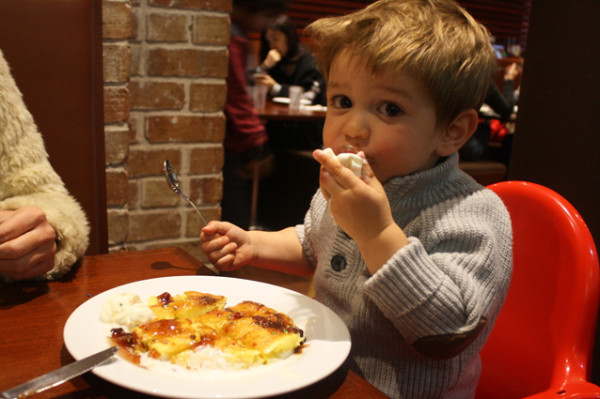 I should also mention he’s not very good with a spoon, so the ice-cream was consumed with his hands, creating a dripping mess all over the floor and table. This didn’t matter, and allowed us parents to devour our meals in peace. 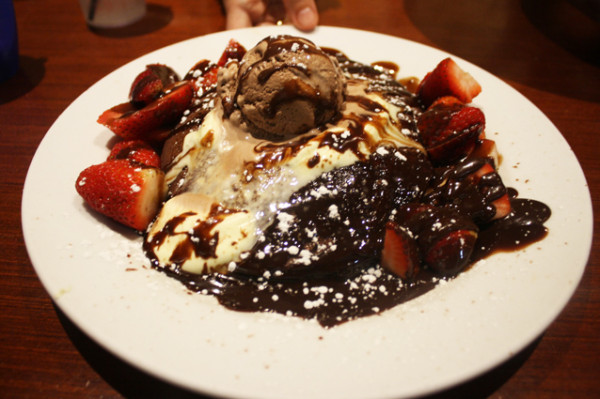 The Devils Delight ($15.95) is death by chocolate - chocolate pancakes with strawberries, cream, chocolate ice cream and drizzled with chocolate sauce. And while there’s pizza, steaks, ribs and savoury classics to choose from, you really should go for the crepes. 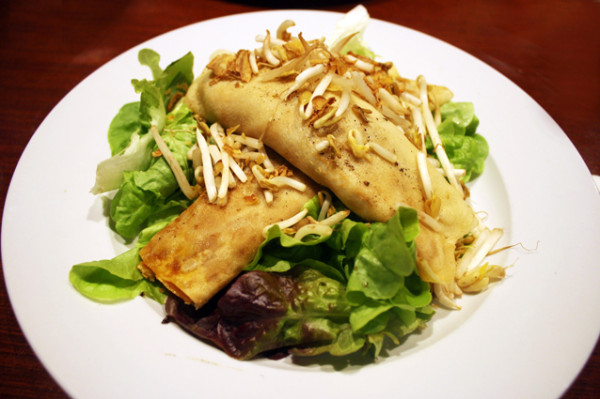 Thai Chicken Crepes ($15.95) have been on the menu from long before Thai was cool. The chicken wrapped in spicy satay sauce, carrots and coriander topped with fresh bean shoots and crispy ginger is a cacophony of flavour. There are Ice-cream Sodas ($4.95) or Asahi ($7.95), depending on how you like to roll with your pancakes.

Whether you’re a kid or a big kid at heart, this unassuming venue will embrace you. Let’s hope it never changes.