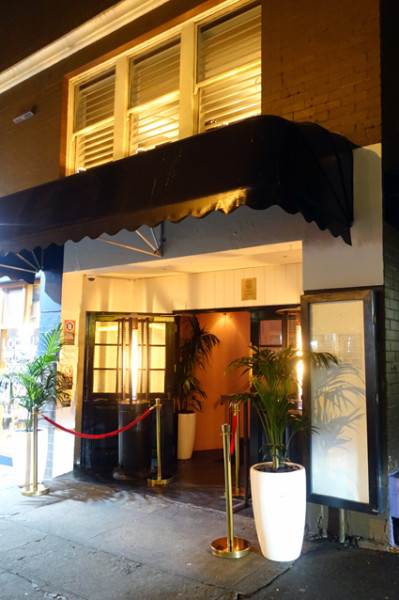 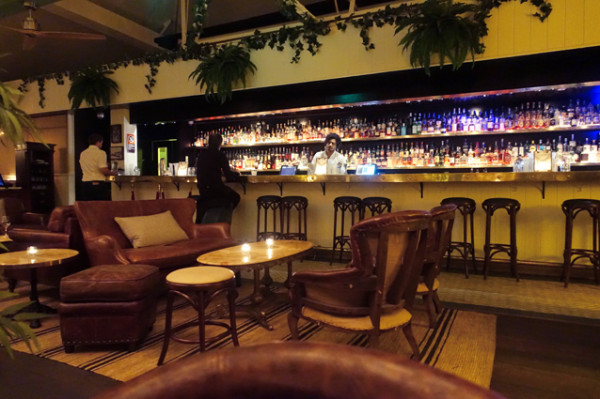 Sometime in the last five months, this bar found its groove. 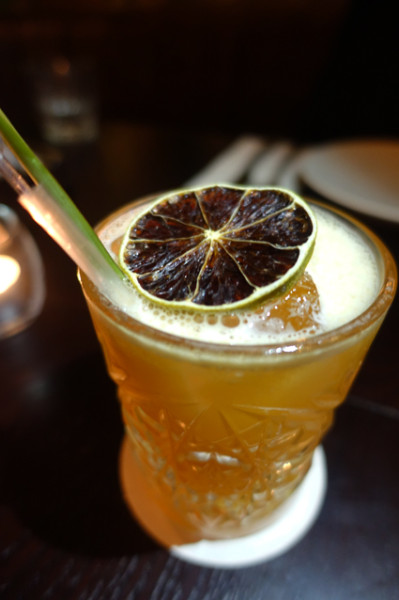 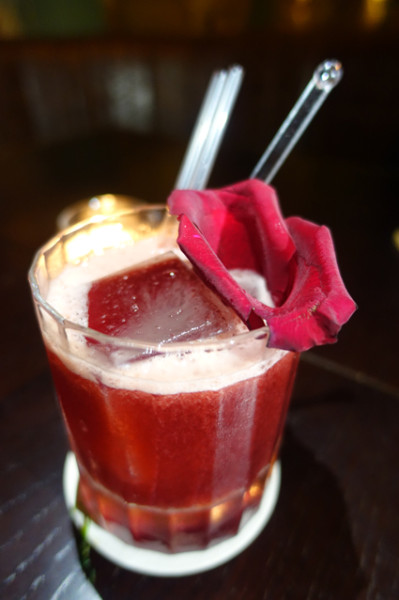 Bubblegum flavoured margaritas have given way to cocktail classics, like Italy’s Negroni, Mexico’s Paloma or Britain’s East 8 Hold Up ($18). The latter is a refreshingly fruity mix of passionfruit, pineapple and lime spiked with Ketel One Vodka and a splash of Casoni 1814 Aperitivo Liqueur. They’re supplemented by a shorter list of cocktail originals, including the pretty Eton Fizz I enjoyed on my first visit, and a new, smoky mezcal-based, cherry number called La Cereza Ahumado ($21), which is better suited to the colder weather. 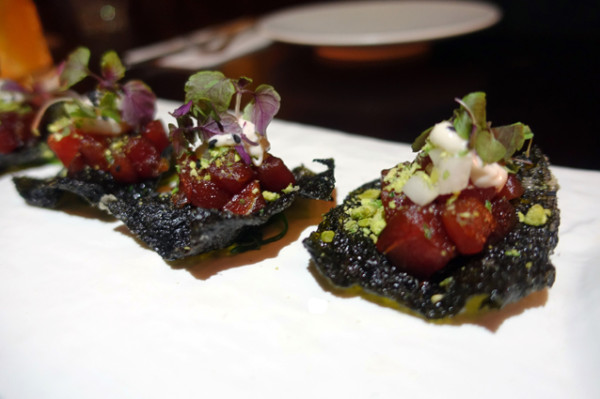 The menu has also had an update, with Peter Lew and Nicole Galloway from Barrio Chino stepping in with dishes inspired by a trip around the United States. They’re dishing up the Hawaiian raw fish salad, Poke ($16/4), on nori crackers with the soy-heavy bluefin tuna balanced by pickled ginger mayonnaise. 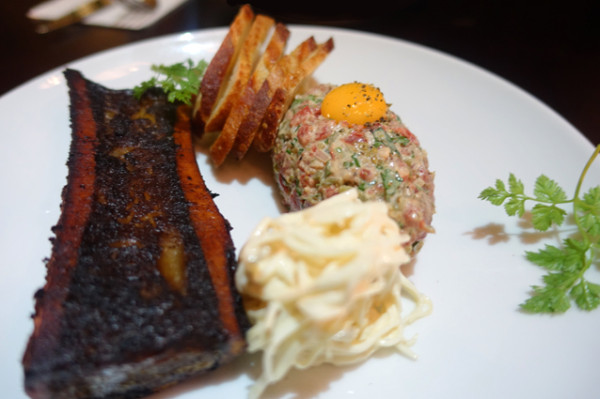 The Steak Tartare ($20) is where Lew and Galloway really kick things up to the next level, with the addition of bone marrow, smoked with maple chips. The marrow adds a rich, smoky edge to the well-seasoned eye fillet mix, topped with a quail egg, and counterbalanced by creamy celeriac remoulade. Smeared onto crostini, the resulting tartare is hard to beat, especially when accompanied with the Domaine Cornu-Camus Cotes de Beaune ($87). 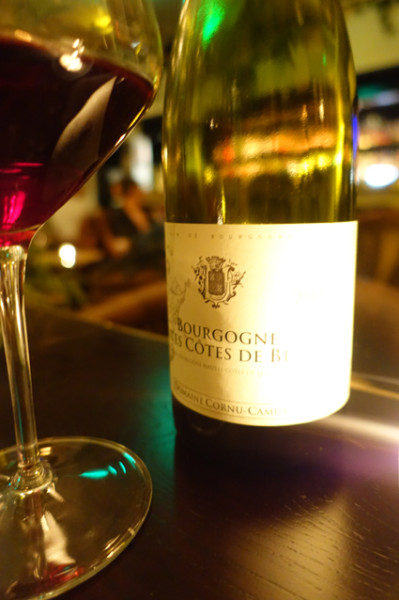 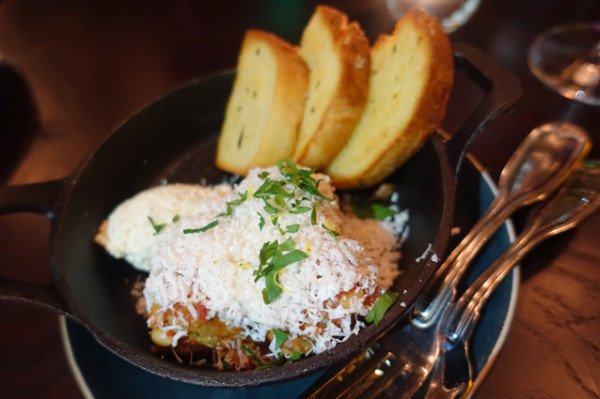 It’s just one of the new French offerings on a wine list that’s being renewed by Restaurant Manager Thibault Bouclier. Being fruity with light tannins, this wine is also a winner with Nonna’s Balls ($17/3) – a trio of better-than-average pork and veal meatballs in a simple tomato passata, the acidity tamed with salted ricotta and buttery foccacia. This dish is brimming with garlic, and notable for not overcooking the porky meatballs – thanks Nonna! 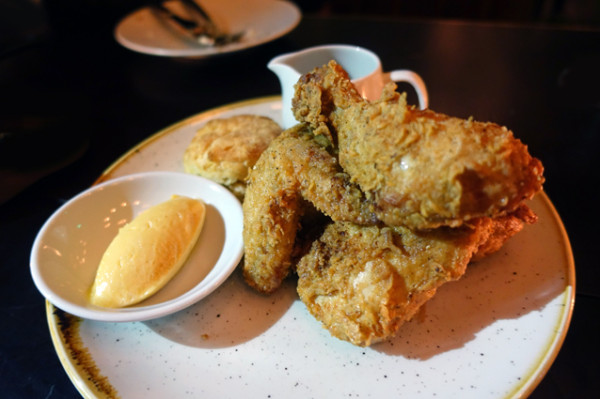 Now if you’re craving food that’s more bar than restaurant, look no further than the Fried Chicken ($28). While they’ve made the ethical choice by using free-range chook, they’ve thrown calorific caution to the wind with duelling chicken gravy and maple butter. Slather them both on for a clucking good time! 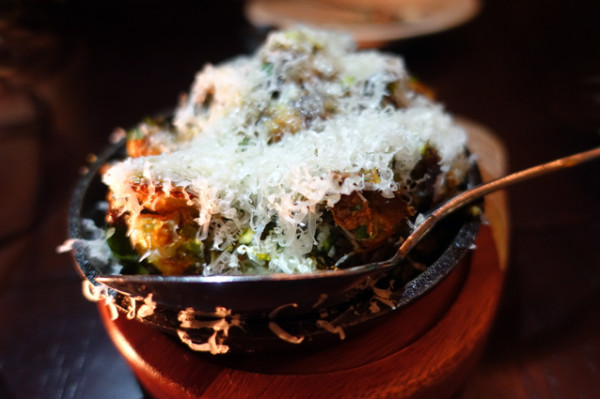 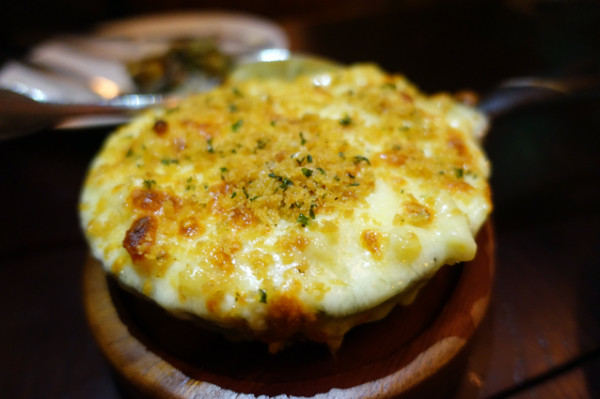 While the lemon vinaigrette livens up Fried Brussels Sprouts ($10) hiding under a snowy dusting of Manchego, they’re probably a bit hectic alongside a super-cheesy Mac’n’Cheese ($8), especially if you're also devouring half a fried chook. Plus, you want to leave room for dessert, if only to lure the handsome French Restaurant Manager Thibault Bouclier back to your table to deliver a flaming Spiced Apple Pie ($16). 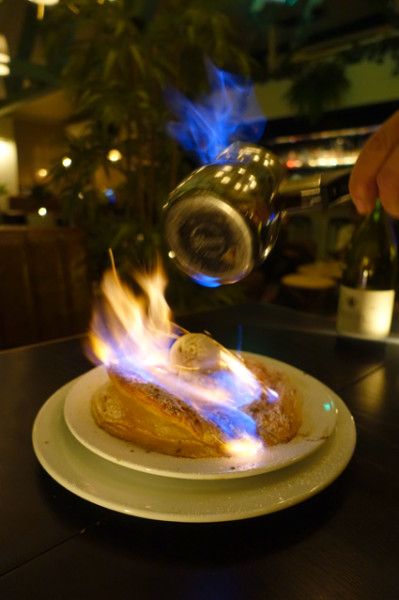 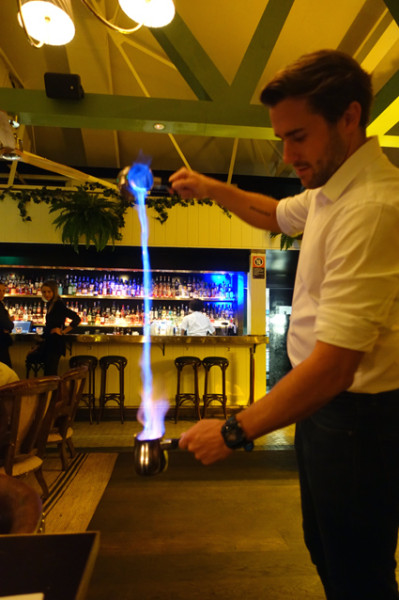 And who doesn’t like some at table theatrics involving flaming Calvados, especially when it lands on a pastry-topped spiced apple pie? 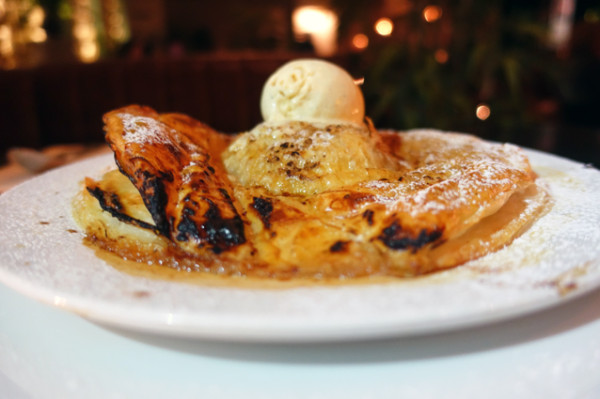 Bouclier knows just when to put out your fire too...

Note: You can see previous visits to this venue back HERE and HERE.