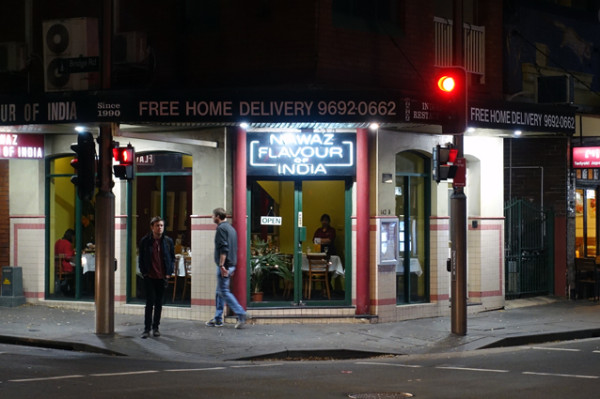 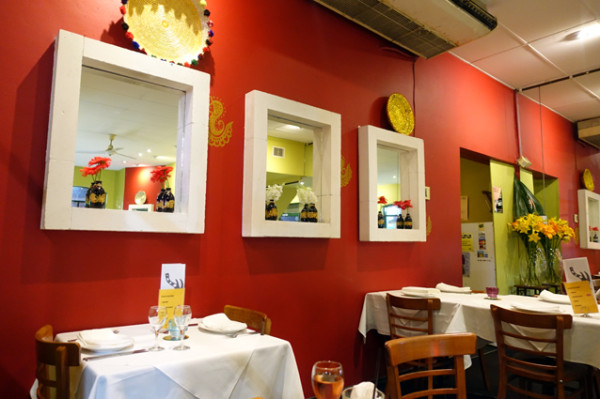 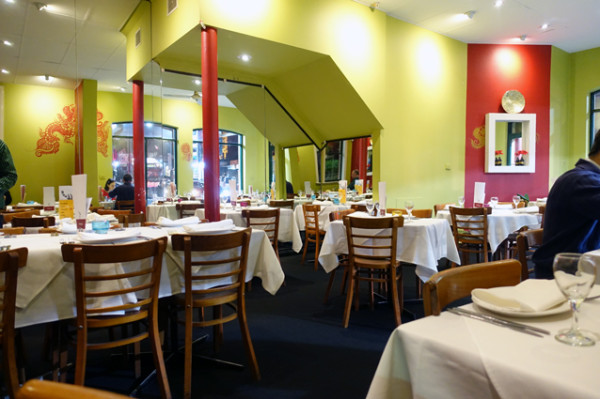 Restaurant Manager Rajiul H. has been running this brightly painted restaurant for more than a decade. He’s particularly proud of the shifts to the menu that have happened over the last seven years, responding to the way we Sydneysiders like to eat. 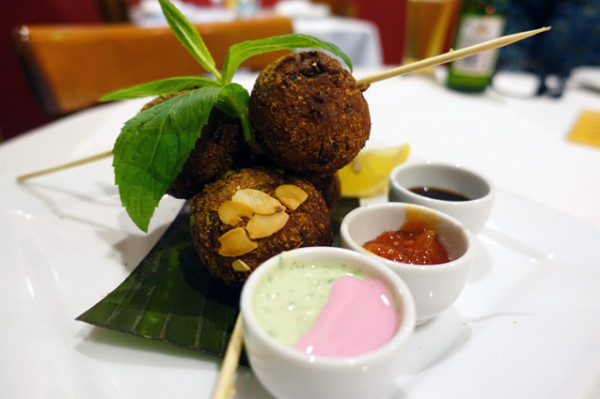 So expect to see a little flair with presentation on your Kerala Fish Balls ($15.90) which come with three different dipping sauces, and dustings of fresh herbs and chilli freshening up most dishes. 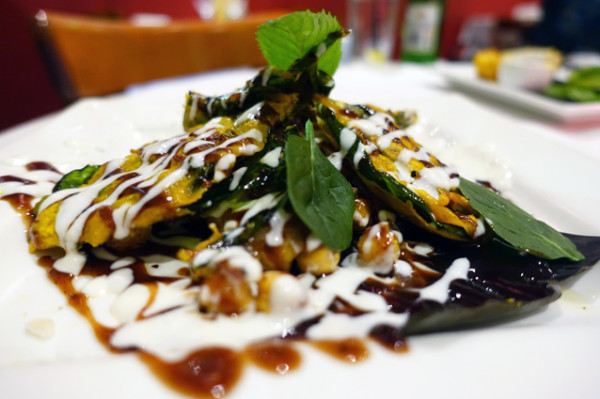 Drizzled with duelling sauces (tamarind and yogurt) Palak Patta Chat ($14.90) takes spinach leaves, batters them in besan (chickpea flour) then then fries them until crunchy. Presented on a bed of gently spiced potato and chickpeas, it’s an engagingly vegetarian dish that’ll please even those suspicious of spicy food. 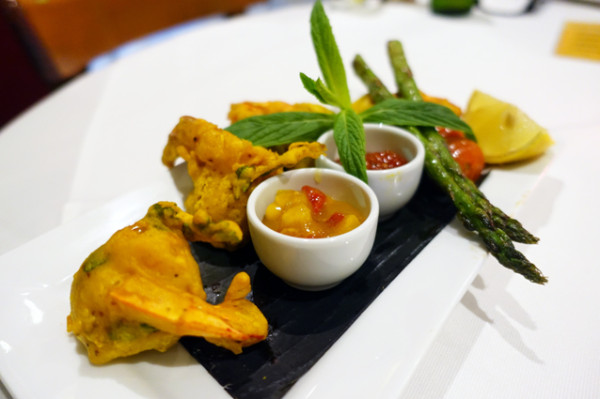 The same flour is used with added diced mango and shredded sweet potato to turn small prawns into fritters, Prawn Pakoras  ($14.90/3 piece). It's let down a little bit by saucing - sweet chilli sauce has no place in my world. 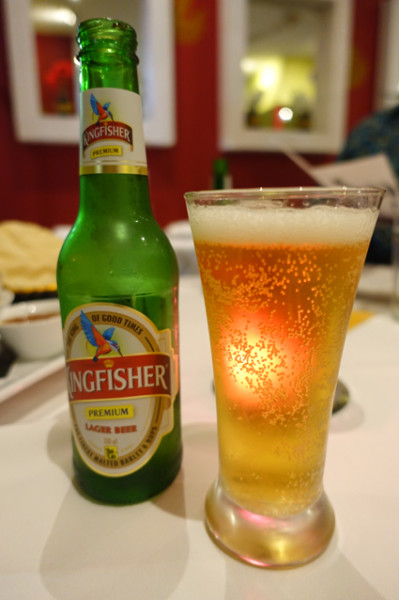 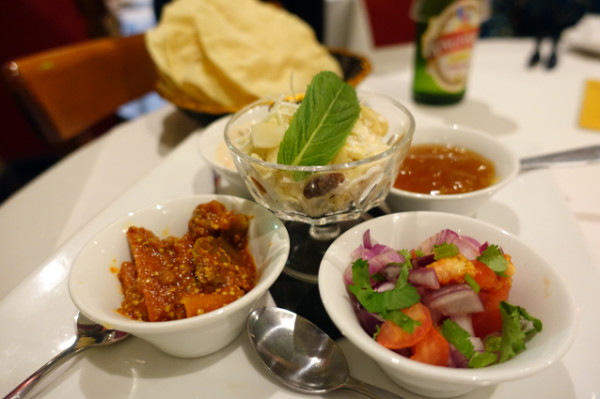 While I favour beer – a Kingfisher ($7.50) - over wine as a food match with curry, the Beelgara Black Label Grenache Rose ($6.50/glass, $28/bottle) is both inexpensive and inoffensive. 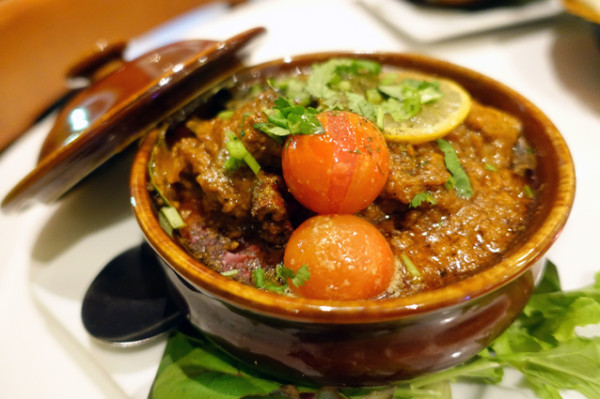 The wine’s berry characters are just the ticket against the robust Handi Goat ($23.90) – my curry of the night. 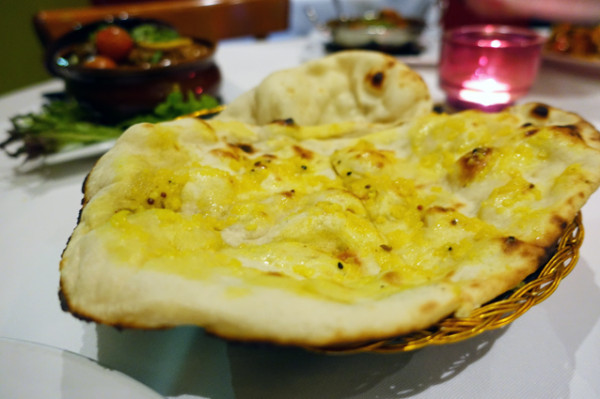 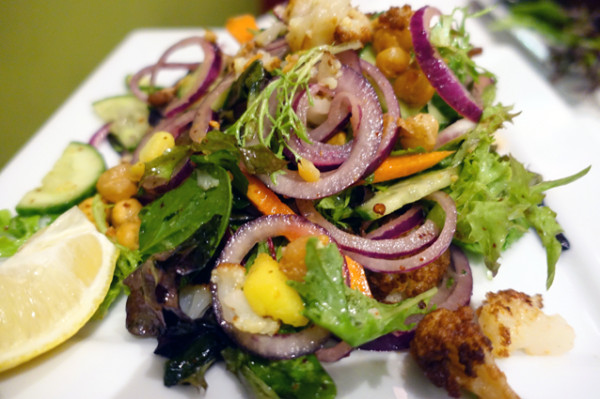 This slow-cooked goat curry has a rich gravy that begs to be mopped up with bread – and with a tandoor oven here, you can count on the Garlic Naan ($3.50) and Plain Naan ($3.50) to be great. 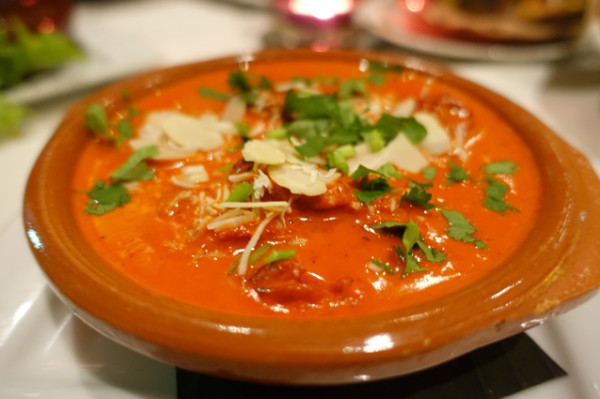 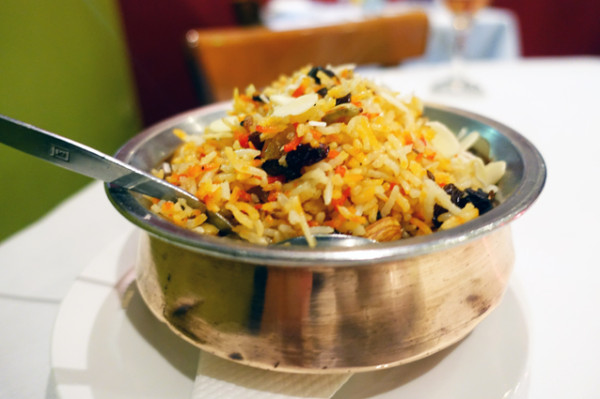 And while it’s not my usual fare, the Chicken Butter Masala ($17.50) here is better than average as it’s made on tandoori chicken fillets adding a smoky edge to the creamy tomato- fenugreek curry sauce. 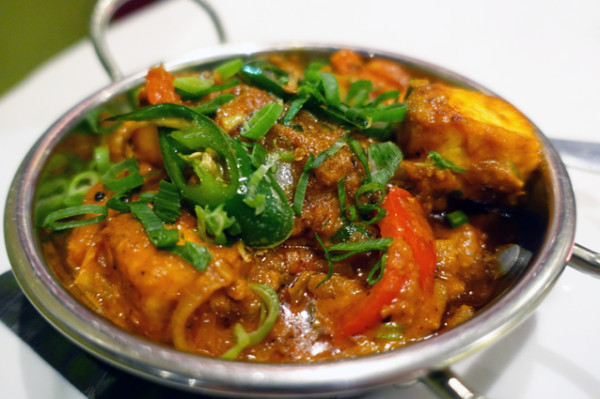 Vegetarians are not forgotten with a nicely filling Kadai Paneer ($17), a paneer (cheese) curry with capsicum, onions and tomato. It’s even more filling on their fruit and nut-heavy Basmati Rice Pilaf ($5.90).