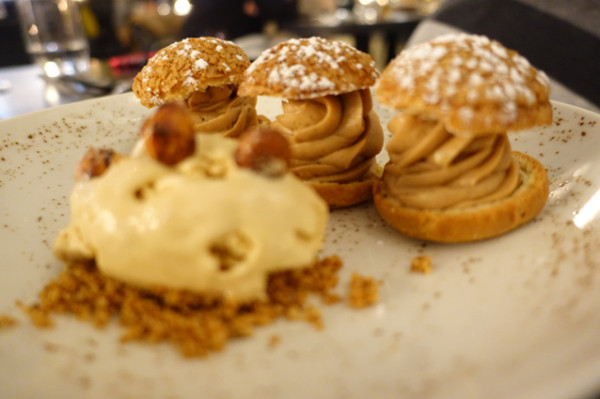 It’s a long way down from a beautifully plated almond pastilla with buttermilk, Opalys white chocolate and honeycomb to a somewhat stale trio of Praline Choux Pastry ($15) profiteroles with salted caramel ice cream. Yes, under new Executive Chef Alex Vilches, Stockroom is a very different proposition to the restaurant I first experienced in the hands of the talented Julien Pouteau. Though with hotel guests being notoriously finicky diners, it’s possible that this restaurant’s evolution into an upmarket steakhouse comes at their clients’ behest. 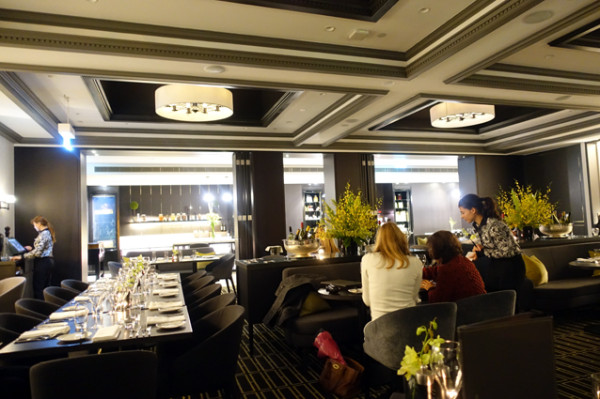 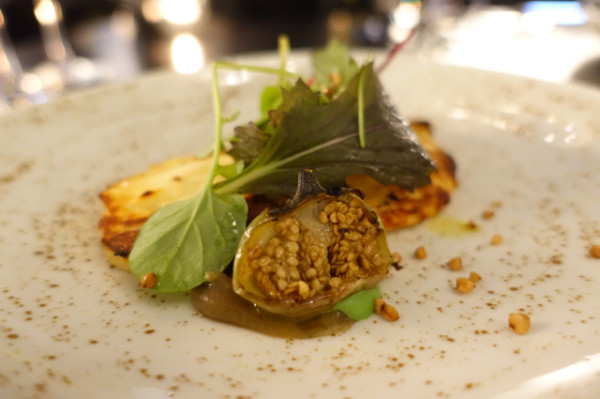 Irregular plates give entrees like Maple Grilled Eggplant ($19) dominated by a large slab of haloumi, or the Slow Braised Lamb Belly ($22) with sunchokes and parsnip puree, quite a homey feel. 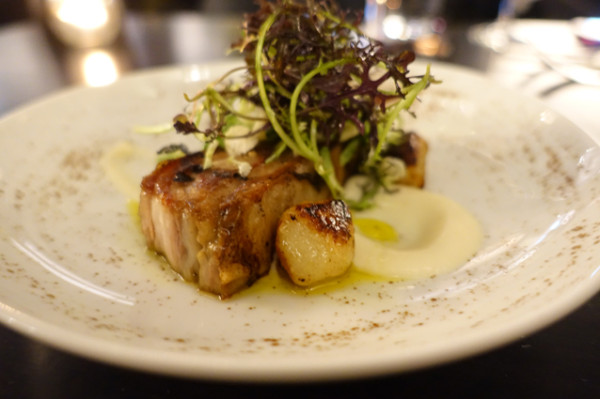 Perhaps pandering to homesick hotel guests, both dishes feel like something one could successfully replicate at home. 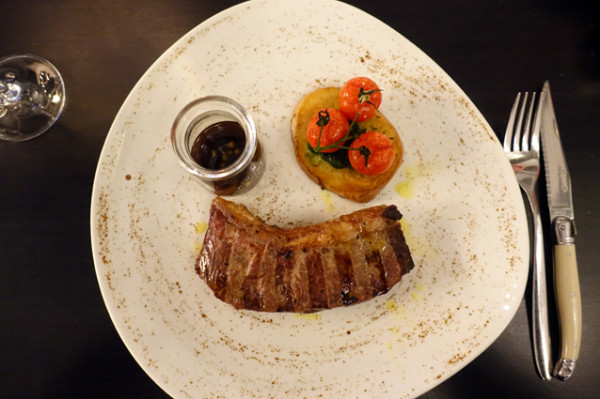 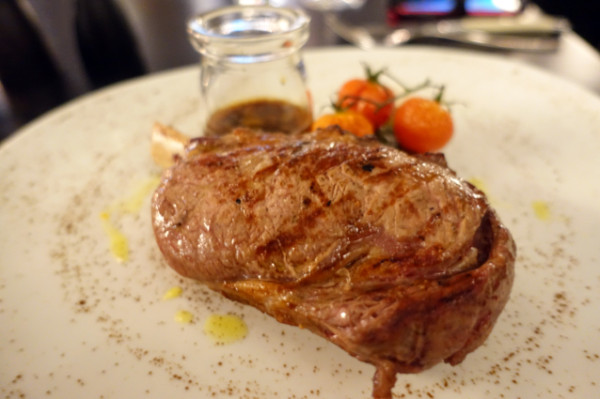 A plumper Flame-Roasted Grange Silver Certified Angus Rib Eye ($42/350gm) was let down by being cooked past the requested medium-rare. 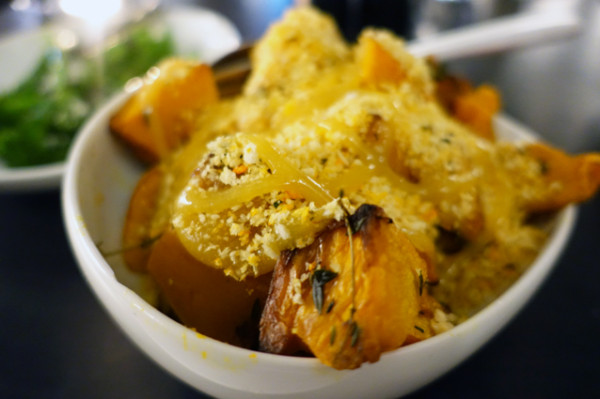 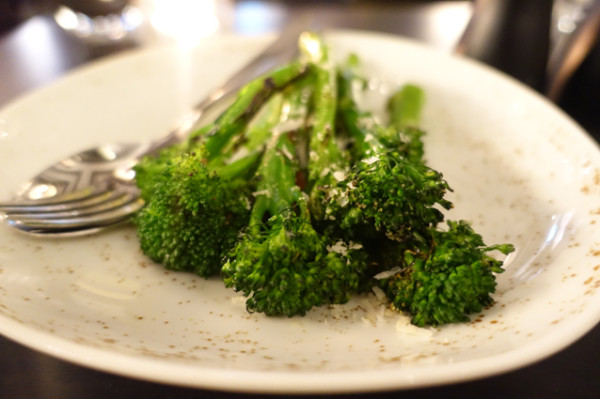 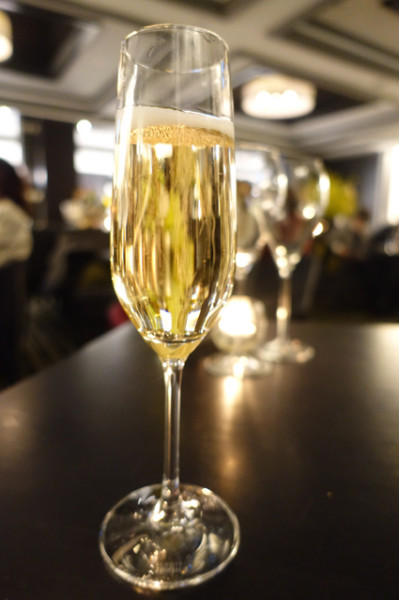 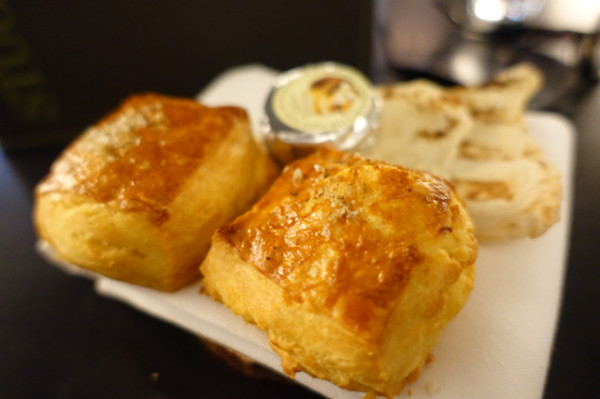 The solid but pricy wine-list will appeal best to those who like drinking local (NSW) wines. Sneakily passed off as a Murrumbateman (NSW) wine, our chosen 2014 Lark Hill Chardonnay ($85) actually comes from Bungendore in the Canberra District. Overly barrel tainted, our off-kilter bottle was quickly and smoothly replaced by a similarly priced 2014 Penfolds Bin 311 Chardonnay ($80) by the savvy sommelier. 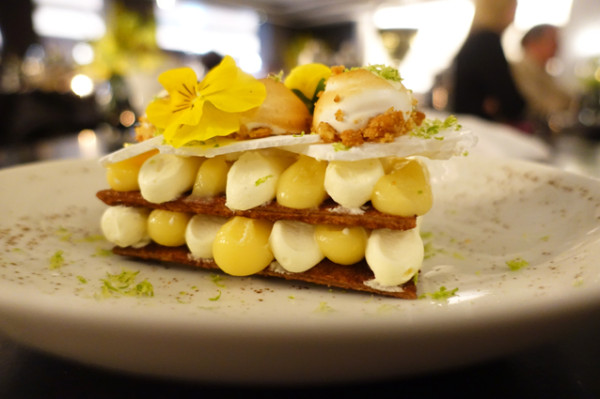 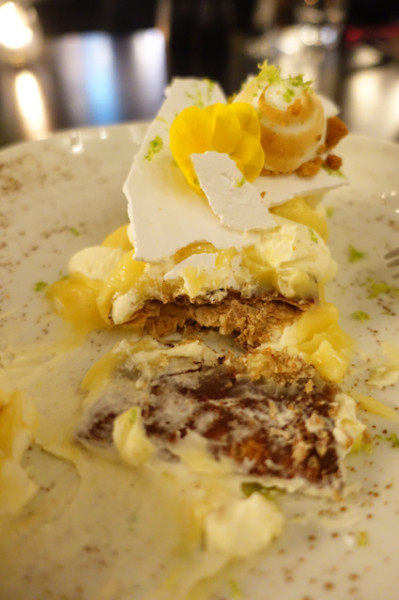 His selection carried us through to the Stockroom’s Lemon Meringue Mille Feuille ($14) – sadly an over-engineered feat to eat, with slabs of darkened gingerbread dominating its flavour.