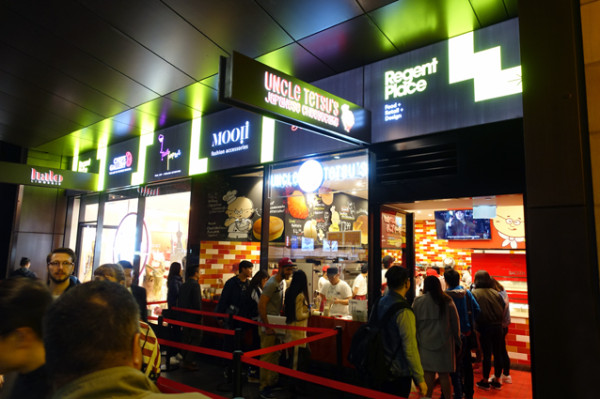 With concrete under your feet and barricades arranged in a rat run, the queue for George Street newcomer, Uncle Tetsu’s, is not unlike the wait for Customs and Immigration at Sydney Airport. The big difference being, at the end of this queue, you get a warm, fluffy cheesecake. I wonder if Australian Border Force have a suggestion box? 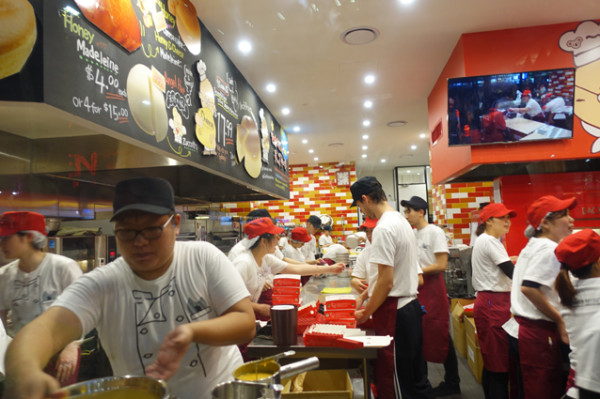 Despite providing the integral Aussie cream cheese that this brand built its reputation on back in Japan, we’ve waited more than two decades for them to open their first Australian store. In the mean time, Uncle Tetsu - Tetsushi Mizokami – has launched upwards of seventy outlets worldwide, with outlets in Saudi Arabia and Indonesia on the way! Now that he's finally hit our shores, you can expect to be standing in a queue for anywhere up to 25 minutes at peak times, so plan your trip with care. 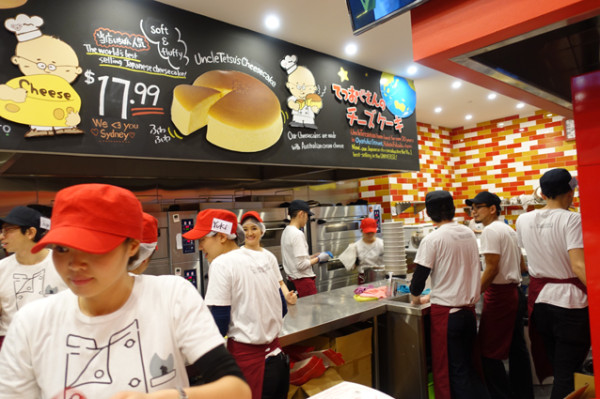 The store’s large windows do reward the queuing faithful with a clear view of the cheesecake conga line. 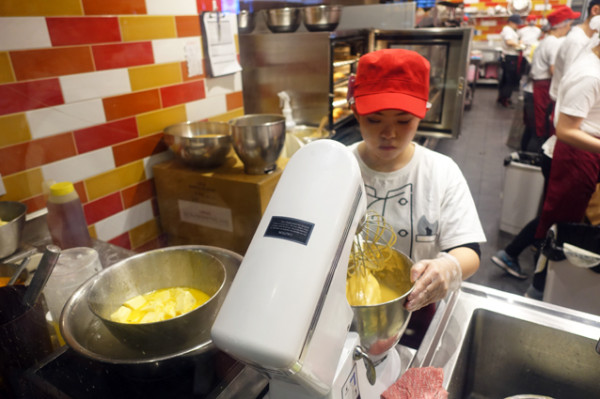 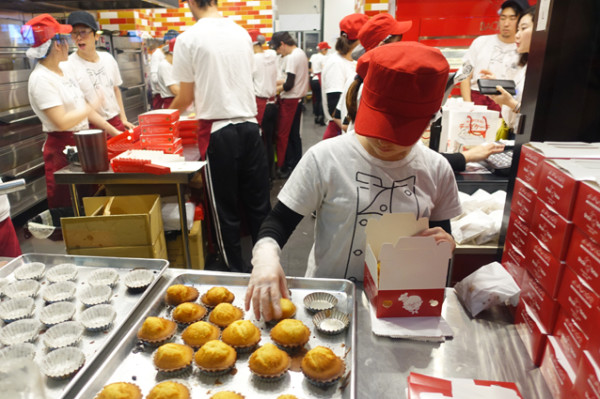 As you breathe deeply, sucking in the comforting aroma of baking butter, flour, milk, sugar and eggs, you’ll watch a swathe of red and black-capped staff melt and mix these ingredients into the batter for their honey madeleines. With a strict "one cake per person" rule currently instituted for this popular new store, these little patty-cakes are the only way to up your baked goods ante until the queues die down. 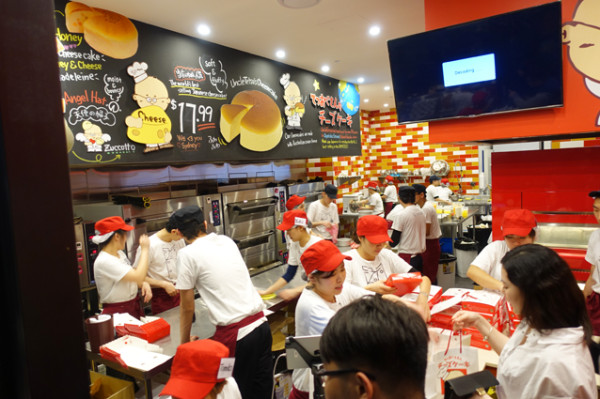 Truth be told, I'm only here for one thing -  Uncle Tetsu’s Cheesecake ($17.99). After handing over my dosh (it’s a cash-only business) I couldn’t wait to crack open the well-ventilated and paper lined red and white box to peer in and prod my golden brown cheesecake. 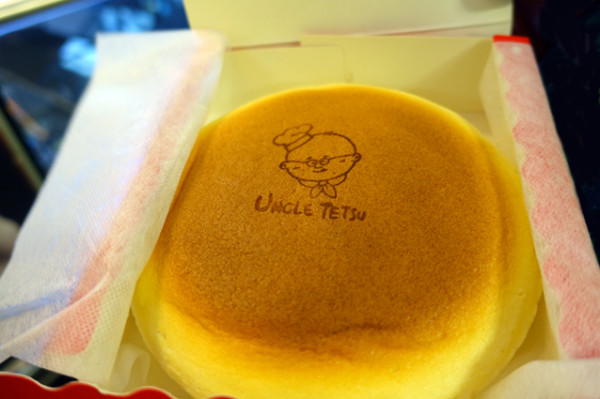 It’s branded (yes, by hot iron) with Uncle Tetsu’s smiling mug, and smells familiar, like pancakes and old school baking. Guaranteed to have come straight from their ovens, this cheesecake feels ephemeral, which makes it hard to resist eating it warm (though I’m told the cheese flavour is more pronounced if you take it home and chill it). Warm it eats more like an eggy soufflé than a cheesecake, and just like a soufflé, the lightly browned top edge is my favourite bit. The adult in me liked that this is one dessert that is only barely sweet. 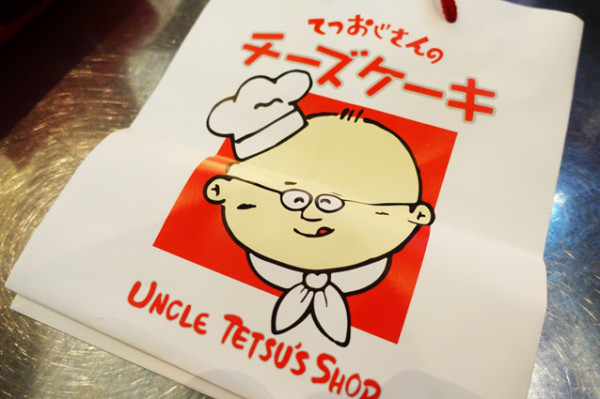 Would I go back for more? Probably, if only to see the George Street milieu full of people proudly clutching their branded red and white cheesecake carry bags. Word on the street is: you need to hide that shit before you try to walk into a movie.