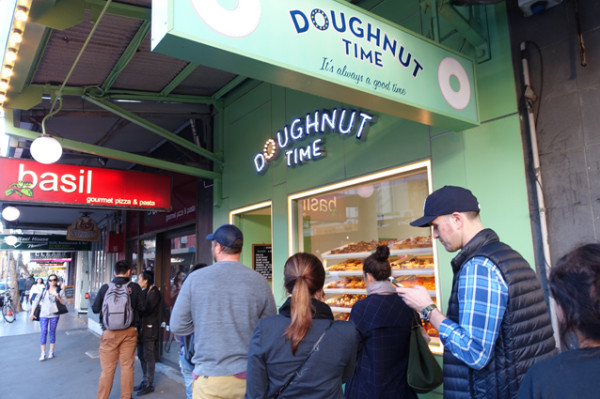 It’s 4pm Saturday on King Street Newtown, and we’re clearly not the only ones thinking it is Doughnut Time. Hole-in-the-wall style stores like this one cleverly utilise visible on street queuing to generate interest. Let’s face it, we’re sheep, and the very presence of a queue is often enough to convince us the product is worth queuing for. It’s a clever marketing strategy that has clearly paid off for this rapidly expanding chain, who have popped out twenty-two outlets along our Eastern Seaboard in little over a year. 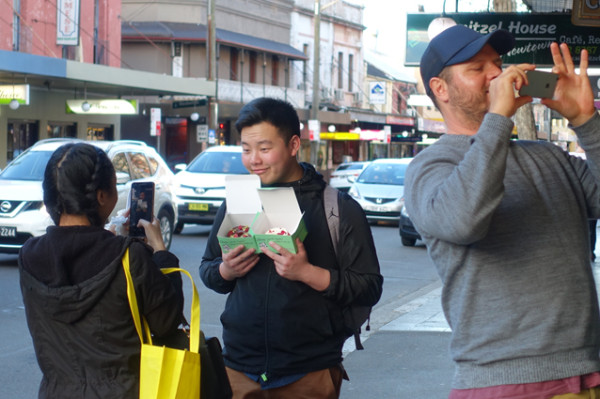 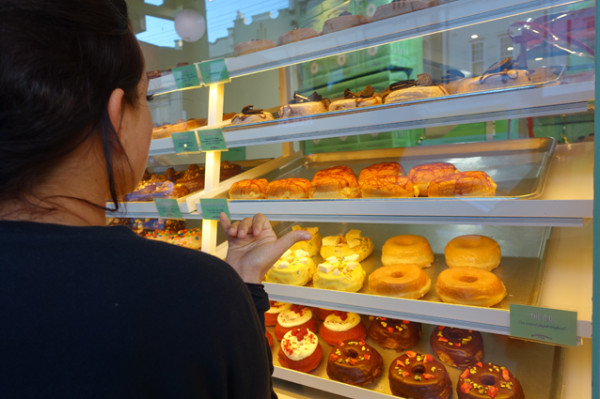 Despite this, the store has the appearance of a temporary pop-up, creating a sense of urgency. When you combine that with a strong graphic sensibility, it’s hard to resist the urge to create one of those Instagram photos that have only added to its fame. 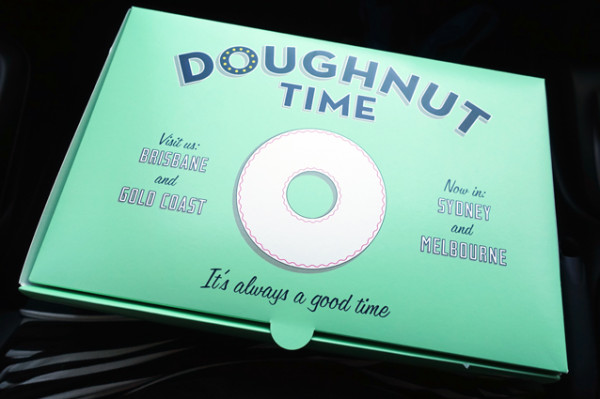 So after spending eight minutes queuing and marvelling at the marketing, I dutifully selected six doughnuts from the window. I did this mostly because their big boxes encourage you to do so, despite there being no fiscal advantage for ordering more than one. I then marched off to Instagram the heck out of them (baa), starting with their minty green box. 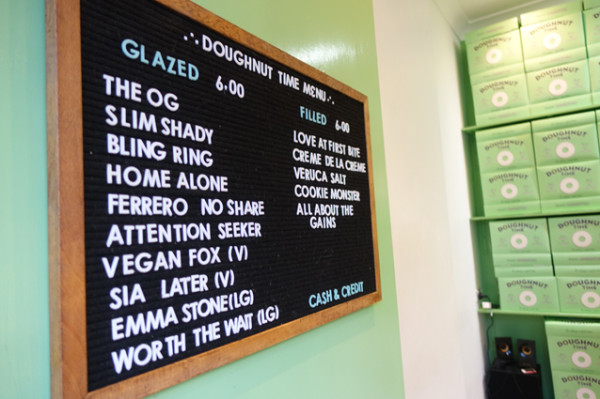 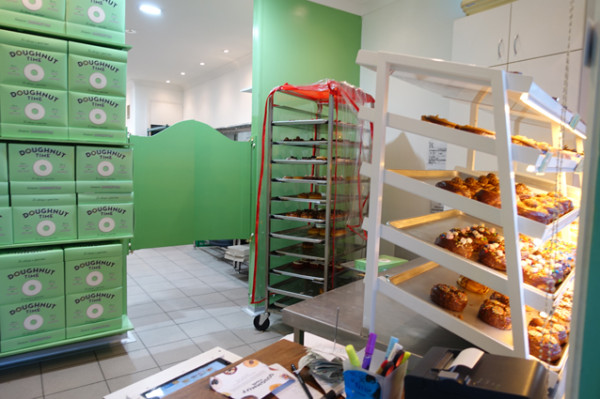 Despite the quirky names, these doughnuts can basically be divided into filled and glazed. Looking more like the doughnuts of yesteryear, the filled offerings like the Nutella-filled Love at First Bite ($6) or the salted-caramel filled Veruca Salt ($6) are dusted with cinnamon sugar, and a tantilising swirl of their innards. Filled might be understating it. These doughnuts are heaving with more Nutella and slightly strange caramel pudding (reminiscent of Nestle Space Food Sticks), than anyone should ever want to eat in just one doughnut. 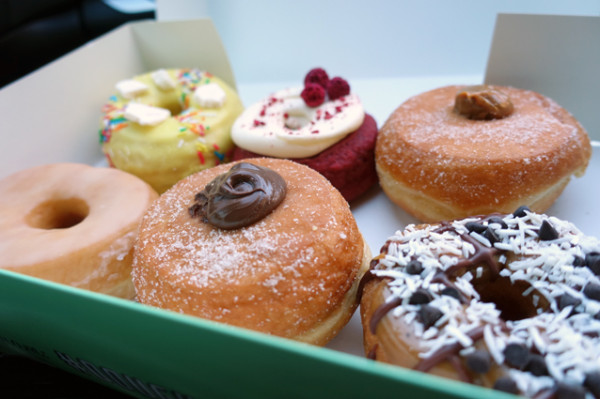 Though I start to understand why when I move on to glazed offerings like The Bling Ring ($6). Leaving aside the super-sugary lemon sherbet glaze, vanilla meringue shards and rainbow sprinkles topping that jangled like the charms on a Pandora bracelet, the doughnut itself was bready. The low gluten version, Worth The Wait ($6), was even more like eating a bread roll, which is pretty strange under a salted caramel and chocolate glaze. I moved on to Sia Later ($6) their red velvet version under a few centimetres (too much) of vegan butter cream frosting, with some welcome acidity provided by freeze-dried raspberries. 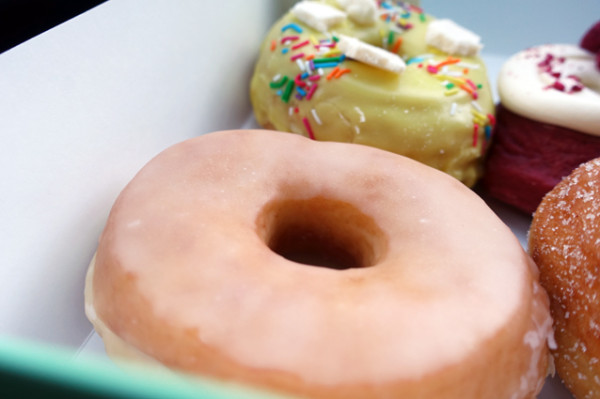 The best thing I ate was The O.G. ($6) – their original glazed doughnut – but if I’m honest, it doesn’t compare with my memories of my first glazed original Krispy Kreme, served directly off the conveyor belt in Penrith when their first Australian store opened, well over a decade ago in 2003. 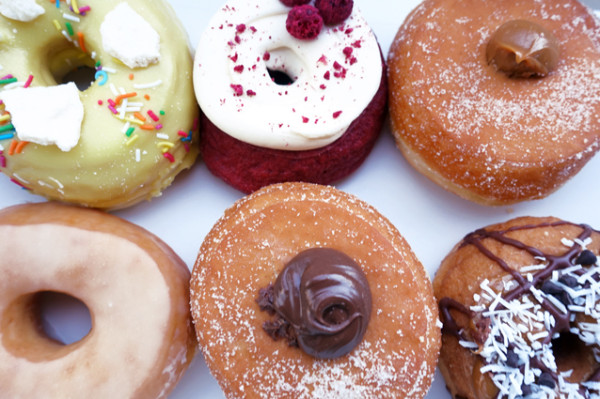 With the high level of hype surrounding these delicious looking doughnuts, I felt conflicted enough to make the time to visit a second store. From the Doughnut Time outlet in World Square I found The Butternut ($6) – with its burnt butter glaze with crushed pistachio topping – more to my taste, but it still arrived on a bread-roll like doughnut. Nope, no more Doughnut Time for me.