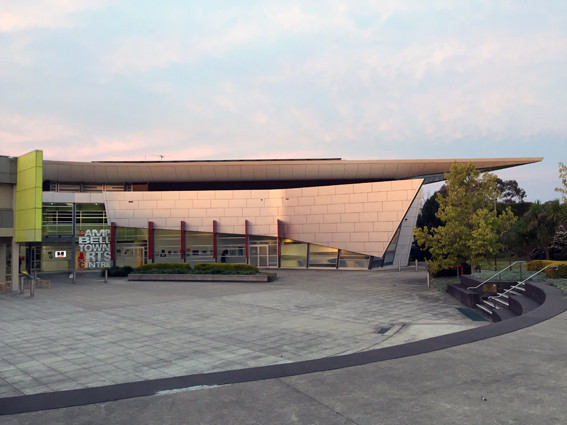 Since ceasing to be the Dining Editor for the Altmedia newspapers that kept me shackled to their inner city distribution areas, I’ve been spending more and more time in Sydney’s outlying suburbs. Not only have I uncovered a treasure trove of good-value suburban gems, ranging from a Chilean butcher to an Iraqi restaurant, I’ve also become a convert to the offerings of suburban arts centres, like the standout Casula Powerhouse. Last Saturday night I ventured even further afield to Campbelltown Arts Centre for Oceanic Rhythms: Sounds of the Pacific. 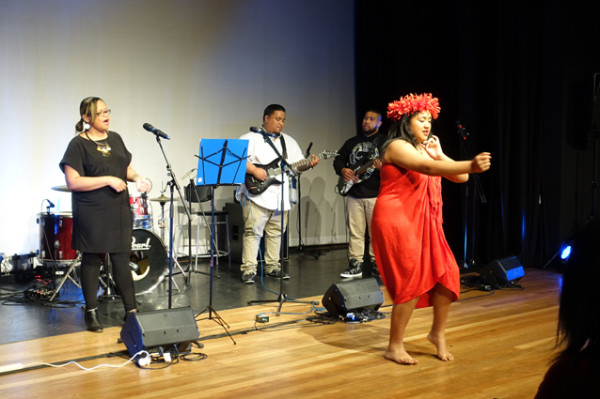 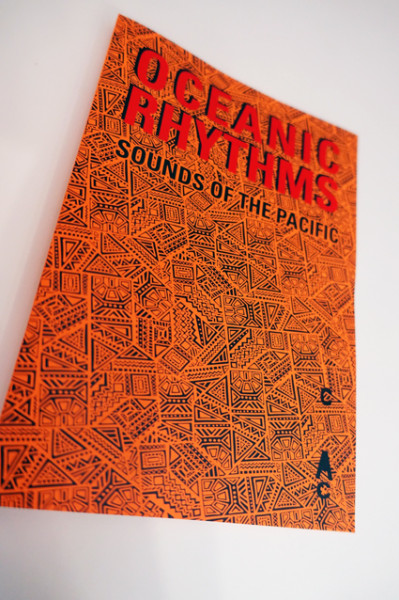 The ticket price for this two-hour Pasifikan variety show was only ten dollars, and the evening included an optional meal from Kana Vata Events. 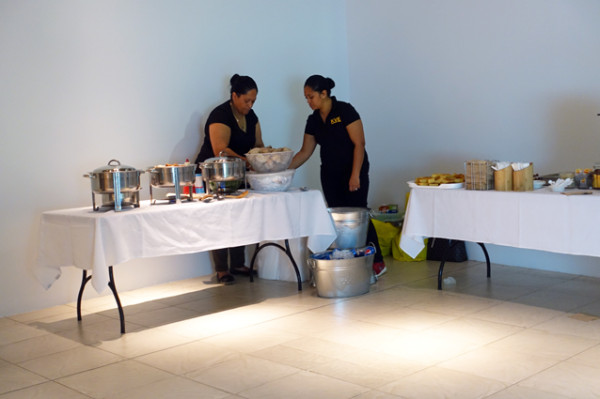 Kana Vata Events, the preferred caterer for Sydney’s Pasifikan community, set up in the foyer. 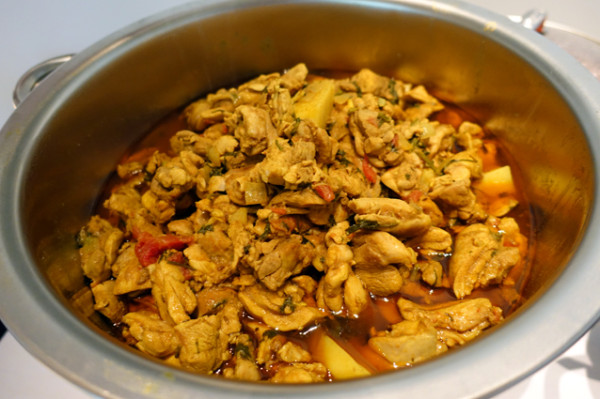 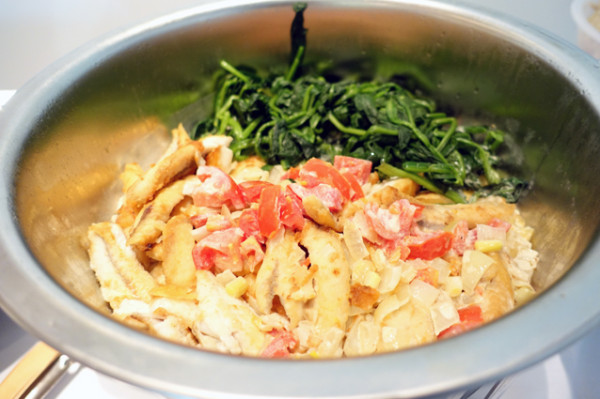 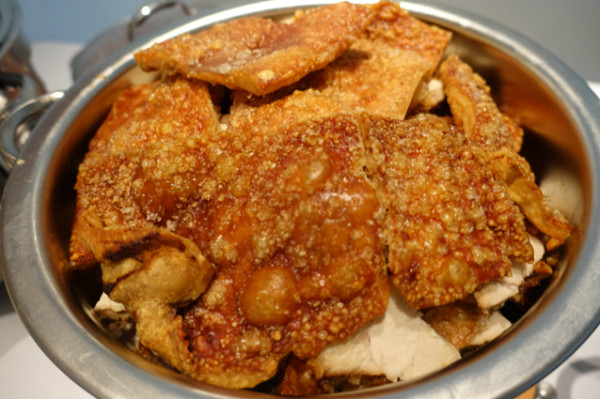 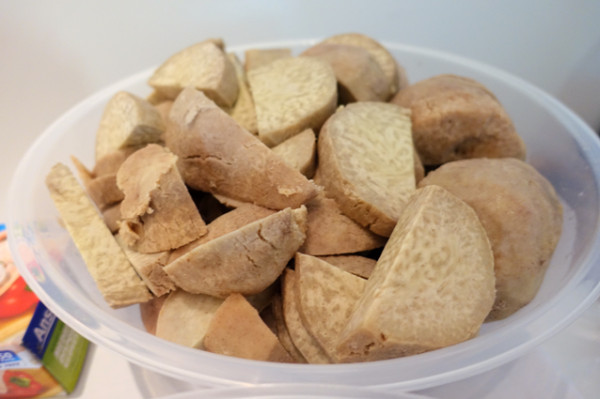 The well-cooked pork lay sat under a hat of crisp crackling, and was served with taro and one of my favourite Samoan dishes – palusami. 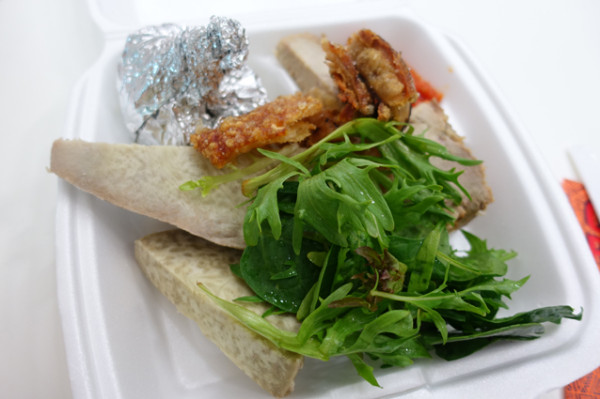 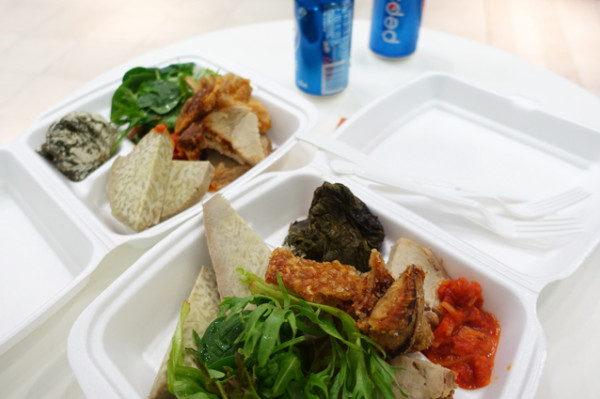 Kana Vata Events did theirs in individual foil packages, but they were no less delicious, especially when combined with taro wedges and slices of roast pork. 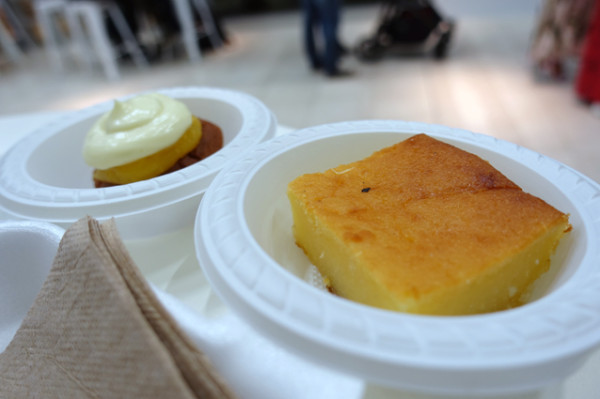 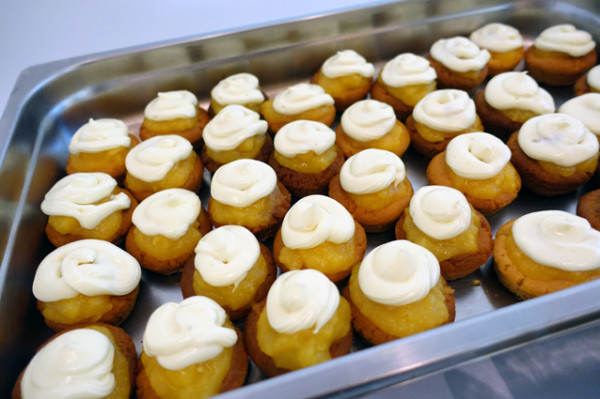 While we were waiting for the doors to open, we took in the latest Mike Parr exhibition. You might need a sense of humour to appreciate this exhibition that is running at the Campbelltown Art Centre until October 16. With a rolling title that changes daily, it should appeal to anyone who’s ever felt trapped in Ikea. 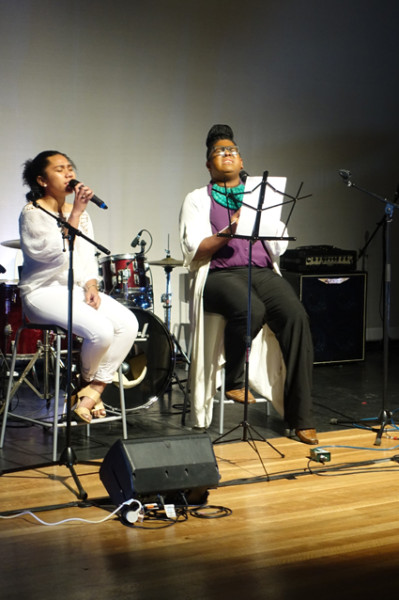 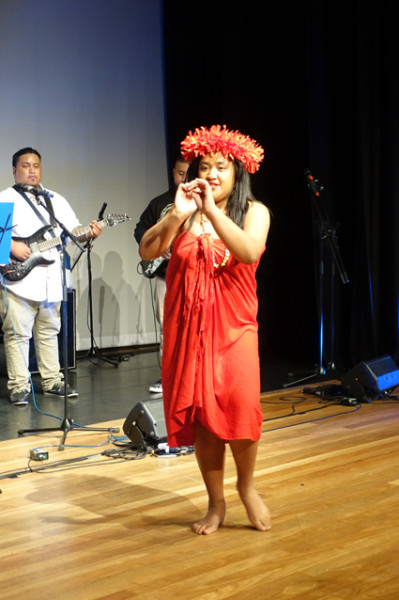 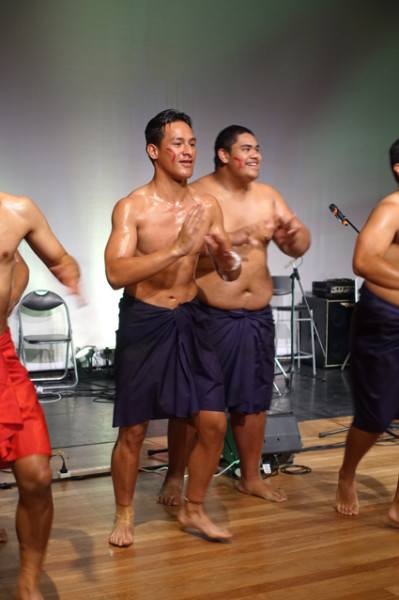 Presenting a wide range of musical styles, the show traversed the Pacific presenting everything from drummers to dancers; in musical forms ranging from hip-hop to classical Polynesian voice from Le Poly Voce. None were more talented than Ilisavani Cava, a soulful Fijian singer who at age 16 was the youngest winner of Fijian Idol, before going on to immigrate to Australia to further his music career, appearing in X Factor and The Voice. He held the audience spellbound through three diverse tracks. 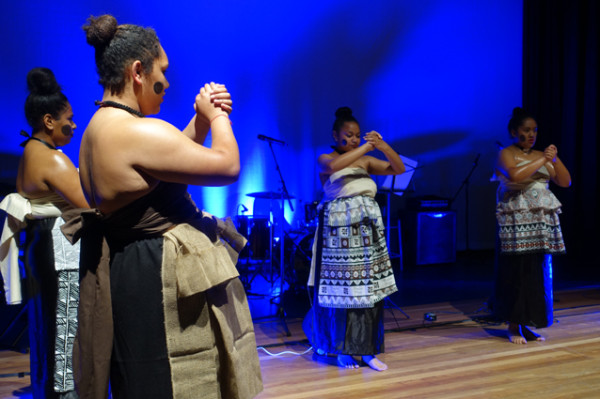 Though if there were to be show-stealers, they would definitely be the community groups, from the Fiji Youth Initiative (FYI) Meke Group, to Western Sydney’s Pacifica Youth Group, who performed Samoan, Tongan and Tahitian numbers. 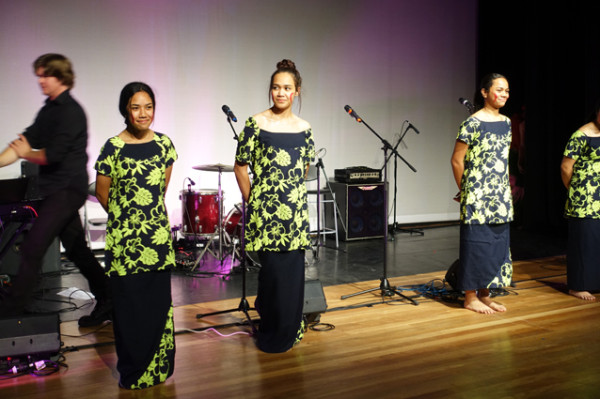 From the perspective of a relative outsider to wider Pasifikan culture, having been born here in Australia, there’s something quite heartening about watching youth seize onto their traditional culture. 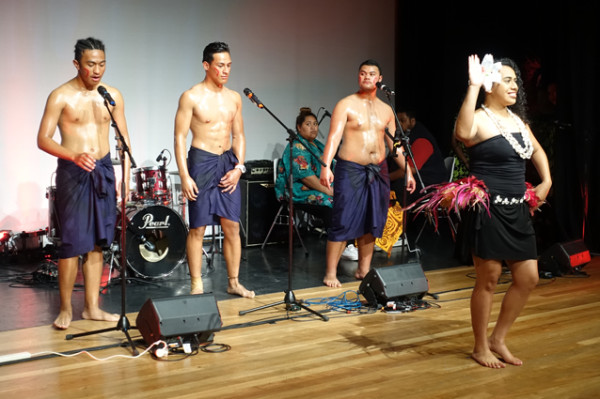 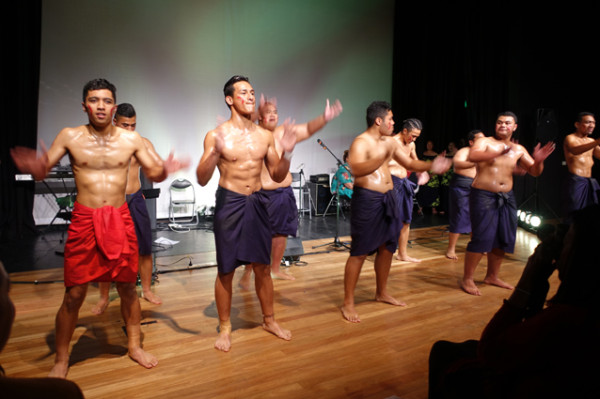 This is helped in no small part by the wildly vocal catcalling from their family members who attend and support their performances, adding a delightful energy to shows like these. 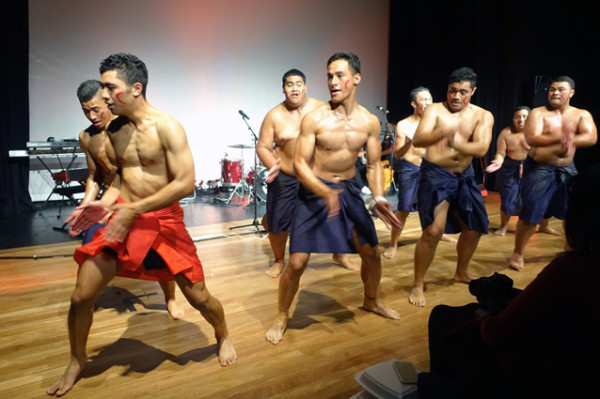 The joy of secular community singing was another performance highlight, with the audience participating in a number of tracks including some in community languages. Sitting back and allowing Samoan, Hawaiian and Fijian songs to wash over you is a privilege we don’t often get in our inner city ghettos, where the richness of our multicultural society often plays second fiddle to crowd pleasing shows that attract more bums on seats. 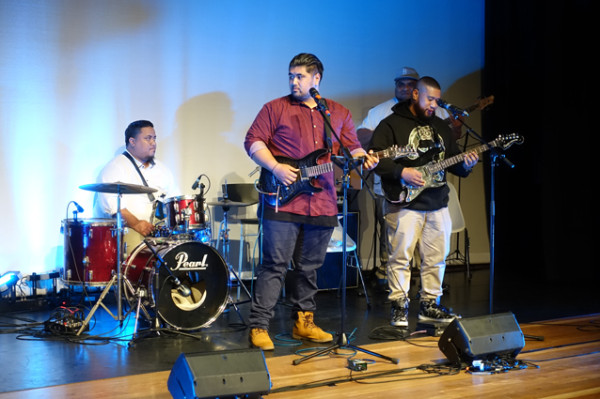 The night was closed by 501 Band, a slick outfit six-person outfit who boast members from across Oceania, including Samoa and Tonga. With songs sliding between community languages and English, surprisingly it was their rendition of Purple Rain that had the audience up and dancing. Boasting three talented singers, 501 Band make their numbers look truly effortless, summoning a laid-back island vibe. 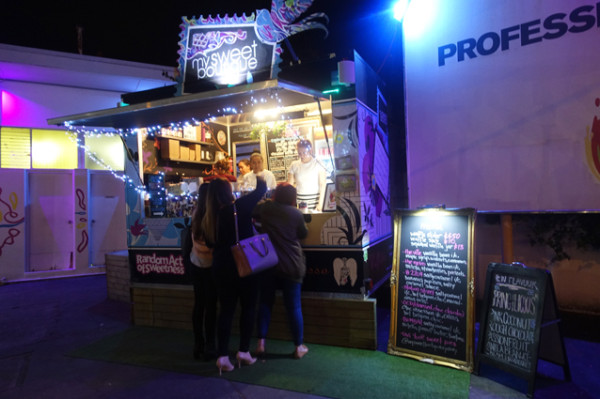 With the trip from Campbelltown back to Hurlstone Park only taking half an hour at night, we arrived at My Sweet Boutique with an hour to spare.  Taking over the parking lot of Merliux Paint'n'Paper by night, this clever dessert van specialises in waffles. 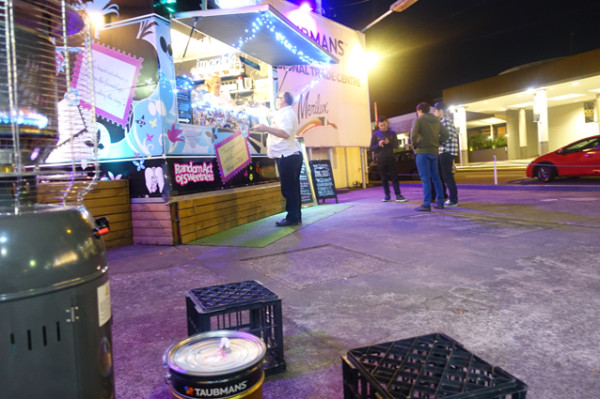 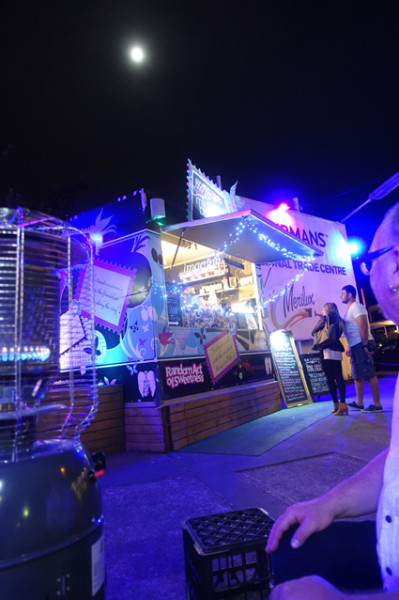 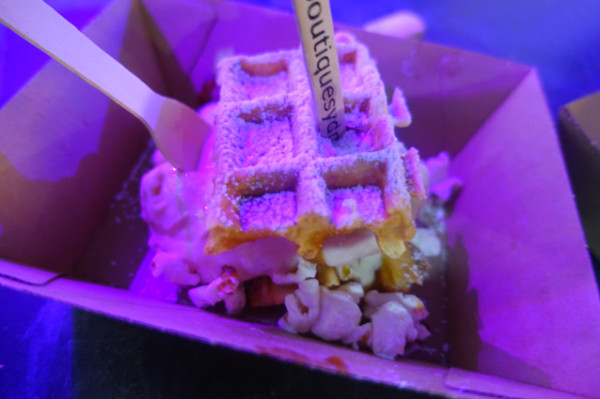 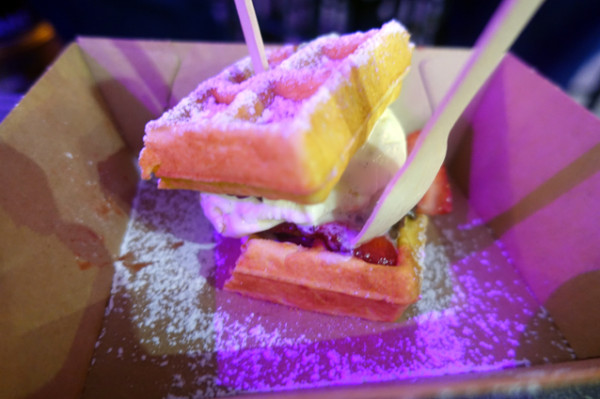 It’s sandwiched between two fairly thick waffles, just like The Metro ($6.50), which uses a salty pretzel twist to spice up vanilla ice cream, nutella and fresh strawberries. Neither is going to win a dessert award, but they’re both fun eats, and they don’t cost a fortune. Thanks to Dictator Mike Baird, dining on waffles at this pop-up catering van feels like a renegade act – what with it being after ten at night, and there being dance music present. Meaning you should probably check it out before he bans it, like all of Sydney’s other forms of late-night good times… well except gambling.