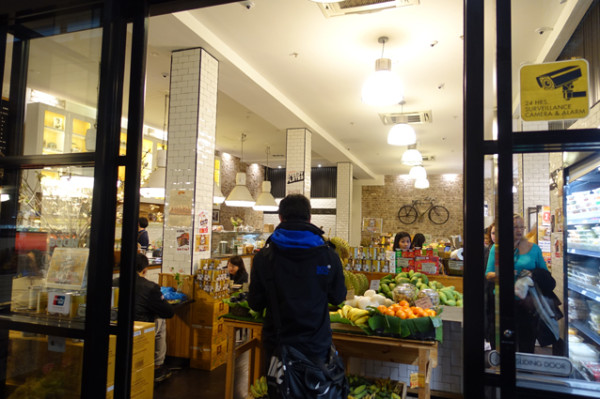 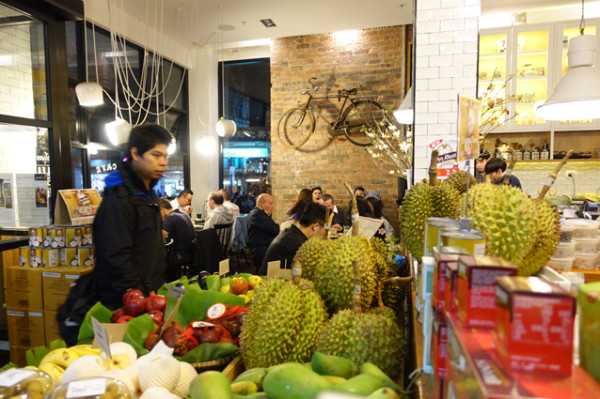 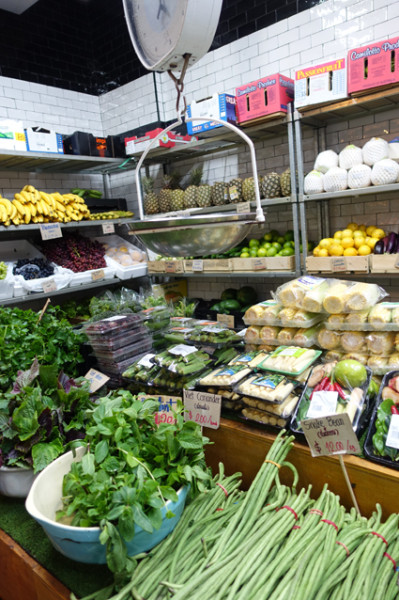 While the piles of spiky green durian and cute cool room loaded with bundled snake beans and Vietnamese herbs might have you thinking I'm somewhere exotic, these tours take place right here in Haymarket. They take in some of Sydney's lesser known, home-grown Asian offerings, starting with Jarern Chai and Boon Café, which are part of the popular Chat Thai group. 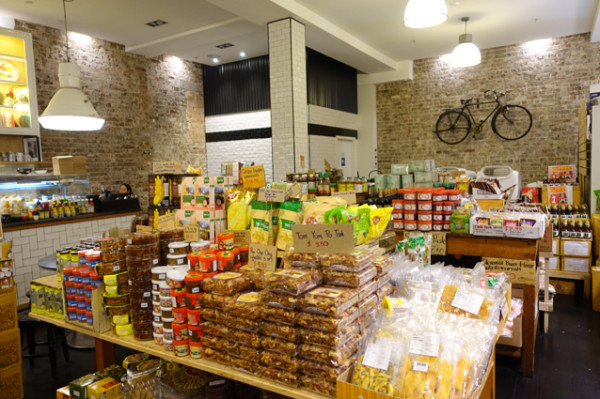 With this Through Asia tour starting right after work at 6pm, the Taste Cultural Food Tours Inc. crew are experienced enough to know you’re likely to be hungry. And being night-time, Boon Café have switched out their Thai influenced toast and sandwich daytime menu for Isaan food from the Northeastern Thailand. With a flavour palate that includes fermented fish, crabs, pickled and brined veggies, and plenty of spice, this probably isn’t the Thai food you’re familiar with. 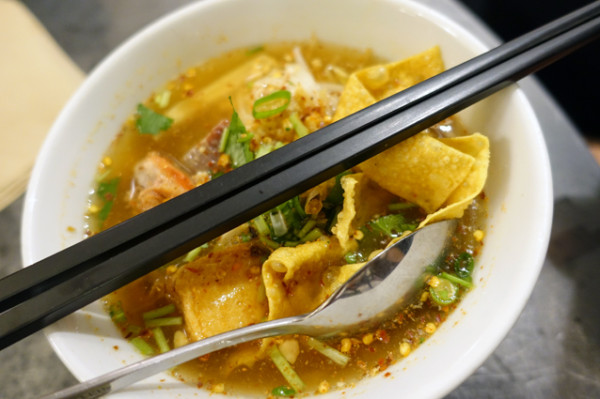 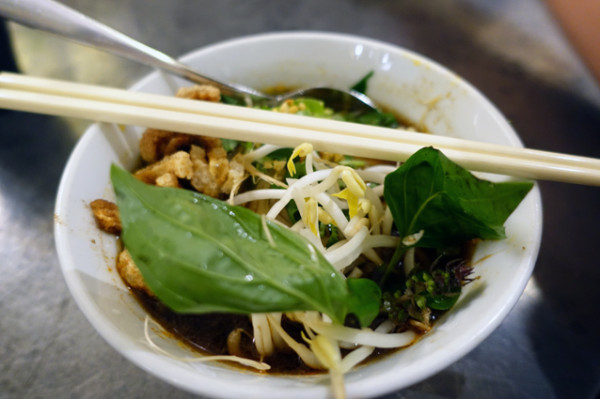 They offer us two soups, a fragrant boat noodle soup thickened with pigs’ blood, and Kuaytiaw Sukhothai, a spicy, clear pork-based broth with rice noodles. Both soups were delicious, though many tour group members found them surprisingly spicy. Truth be told, this probably isn’t the best food tour for those who hate chilli. Many of the dishes highlighted on this tour are spicy, though our guides did their best to ensure the non-chilli eaters (including one child) didn’t go hungry. 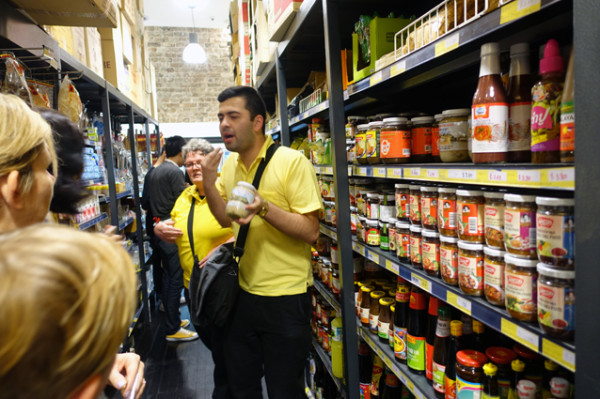 After a guided visit down the store's intriguing Thai (and wider Asian) grocery aisles, we set off on foot. This three-hour tour, sponsored by the City of Sydney, includes a moderate amount of walking as you move between the different venues. 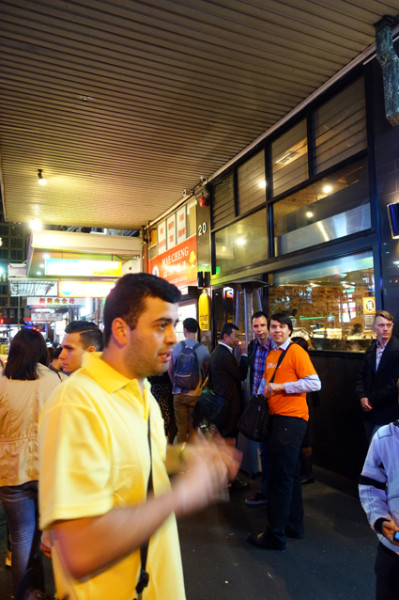 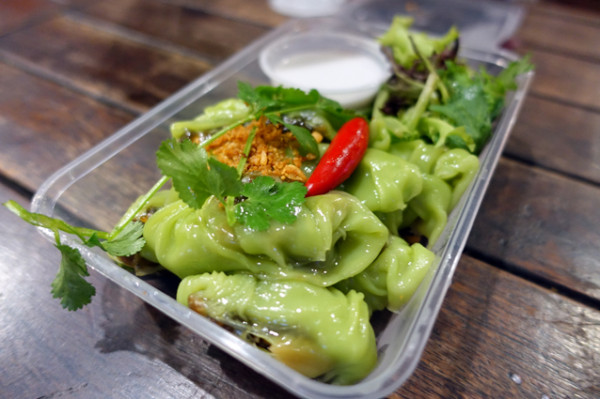 All tour guests were all smiling at our second stop - Sydney’s original Chat Thai store. We beat the knot of people queuing for a table by eating our khao kreab pak mor on the street. Turned green by pandan, these rice flour dumplings are listed as a dessert – strange when you consider they’re filled with a sweet-meets-savoury mix of palm sugar, peanuts and chicken, topped with fried garlic chips, and served with  a coconut dipping sauce. 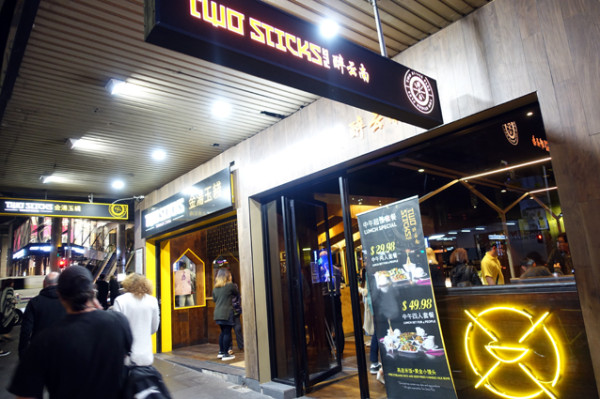 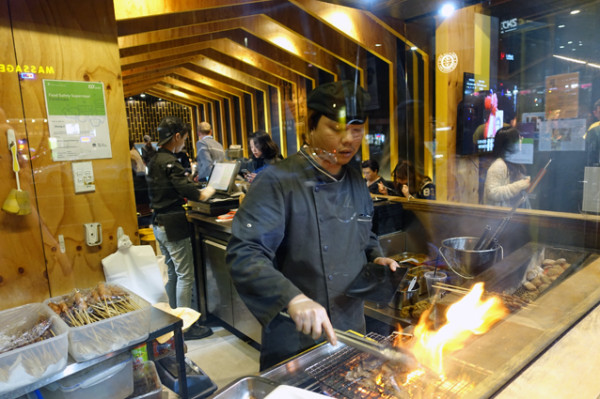 We move on to a Chinese restaurant called Two Sticks. It's important to pace yourselves on these tours - your $79 ticket price buys you a lot of good food. 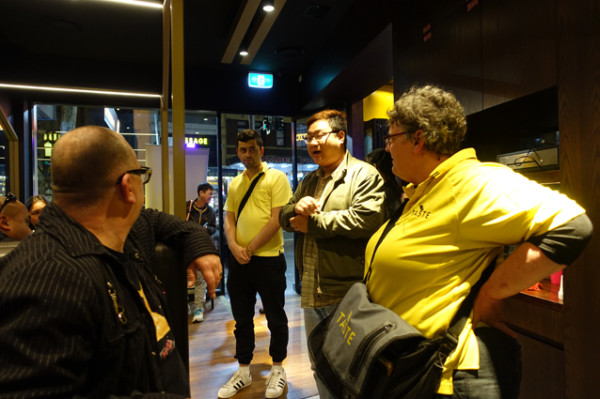 The Taste Cultural Food Tours Inc. guides will generally give you a tour overview at the beginning of the night which will tell you how many venues you'll be visiting, and what you'll be served. They'll also introduce you to business owners along the way who will talk about their businesses. 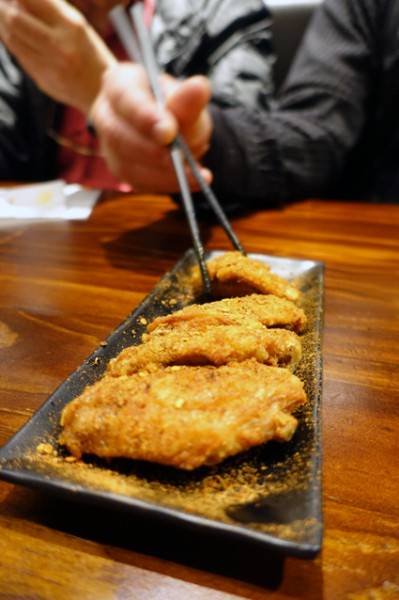 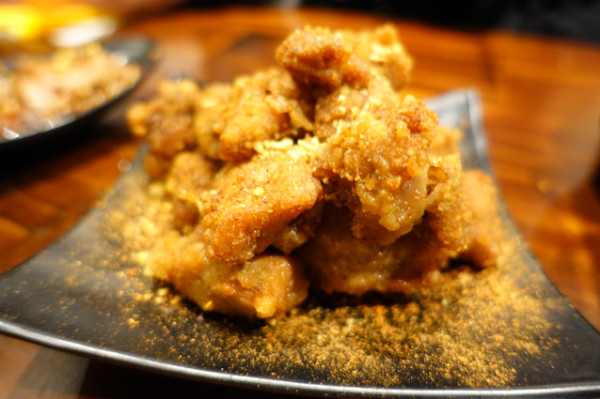 At Two Sticks, the tour highlights another regional cuisine, so expect this Chinese to be quite different to the Cantonese offerings you might have tried before. The region is called Yunnan; it sits in the Southwestern corner of China, sharing a border with Myanmar, Laos and Vietnam. 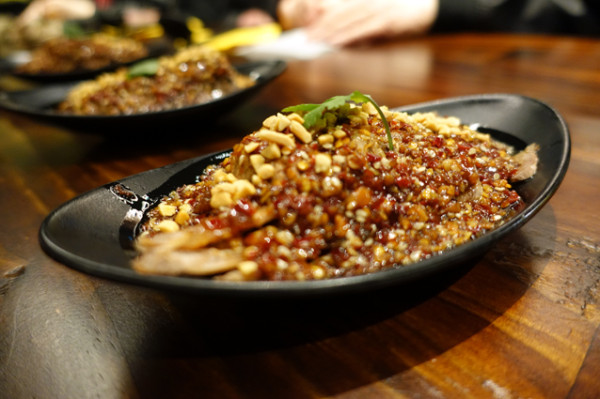 We took in a range of dishes from hot and numbing beef, to their novelty Yunnanese fries. I enjoyed taking another look at a business I first reviewed back in February 2014 which has since quadrupled in size and opened two more Sydney outlets, including one quite recently in Barangaroo. 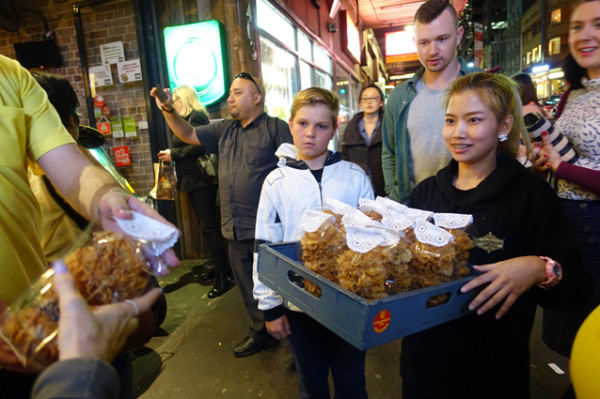 This Through Asia tour by Taste Cultural Food Tours Inc. also takes in malatang (a fantastic Chinese soup), gives you a taste of Sydney's definitive Korean fried chicken (KFC) and ends smack back in a Thai sweet spot.