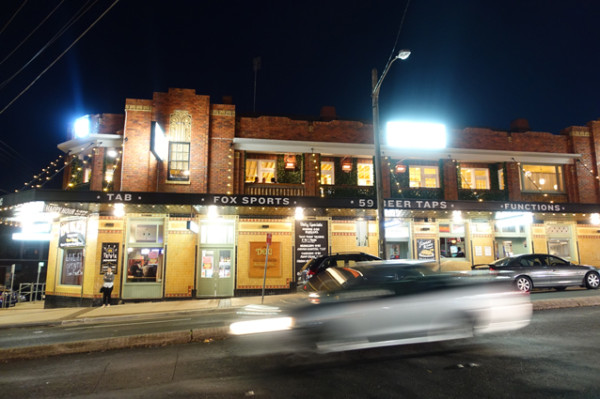 New Orleans was the inspiration behind the Duke’s Bistro refit of the upper level of The Dog Hotel in Randwick. The Dog forms one point of the Good Beer Company’s holy pub trinity that includes the Keg & Brew, and the Dove and Olive in Surry Hills. 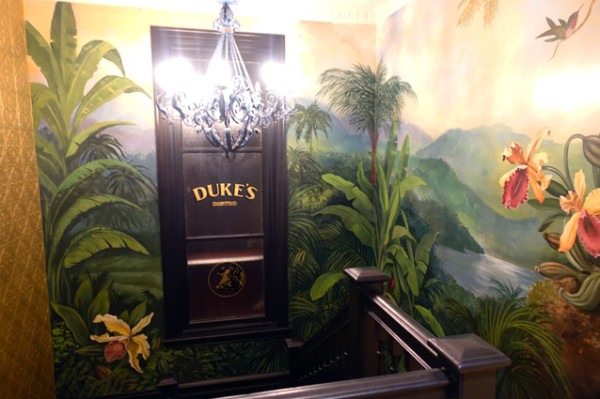 Your French Colonial experience starts as soon as you ascend the pub’s chandelier-lit stairwell through a lush green mural painted by local artists Jo & Jo. 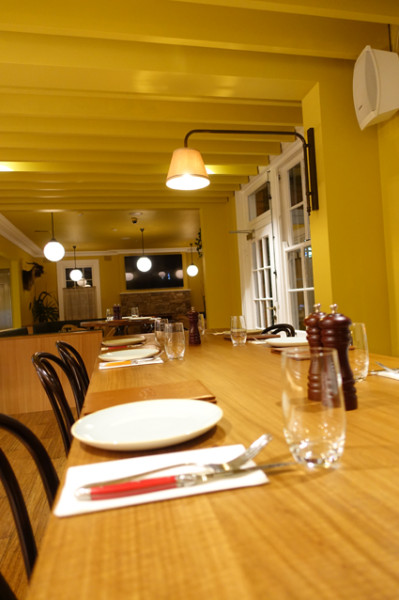 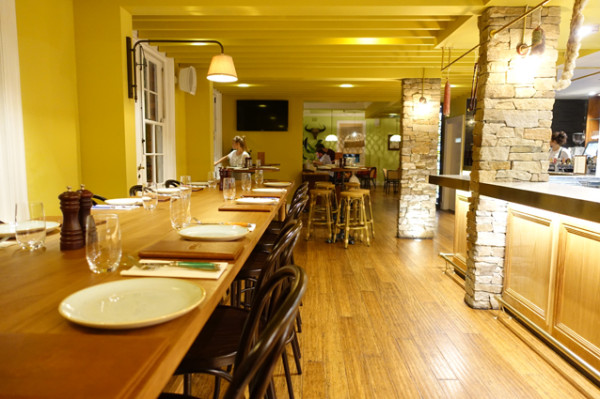 The staircase opens out into a large open-plan, sunny yellow dining room, where a long communal table stretches the length of a well-equipped kitchen. 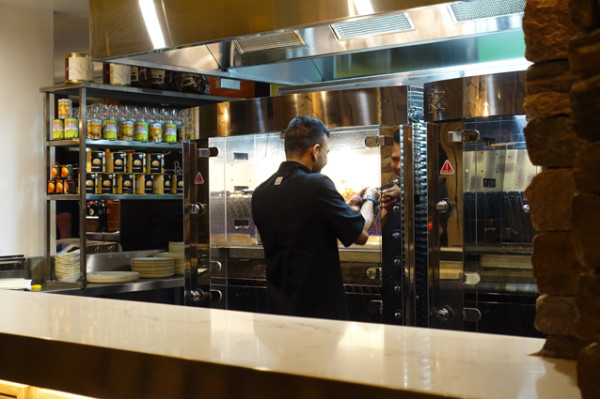 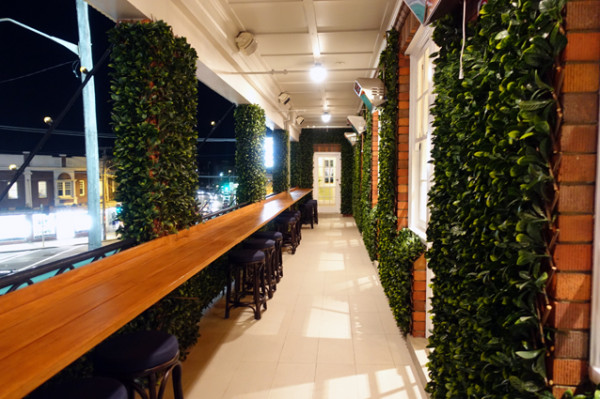 Like most foodies, my eye is instantly drawn to the gleaming pair of shiny, new rotisseries. They form one axis of Executive Chef Dwayne Baber’s sharing menu that combines French inspired dishes with slow cooked American meats. As New Orleans is the place where French meets Americana in unholy matrimony, the ideas behind this menu combination aren’t untested. Though instead of delivering the French-American-Creole combination you might be expecting, Duke’s is turning out a straight Colonial blend. 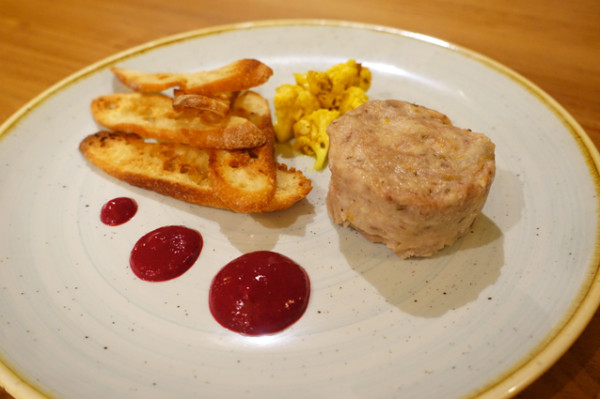 The moist, flavourful Duck Rillettes ($15) with pickled cauliflower, cherry mustard and crisp bread is a good place to begin. 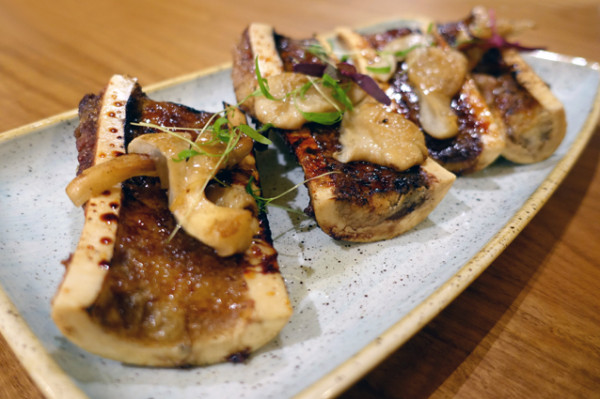 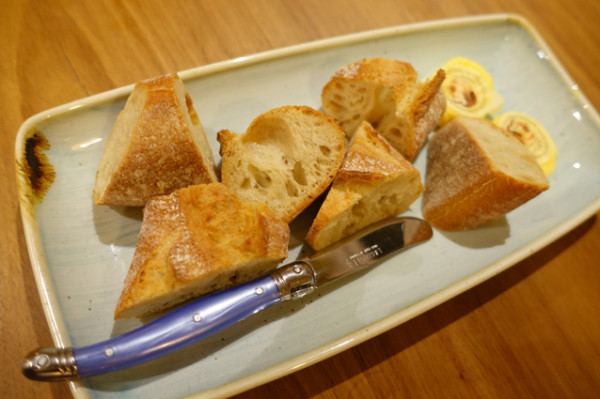 It’s so decadent you might need a Baguette ($6) to smear it onto (though probably without the accompanying Pepe Saya butter). 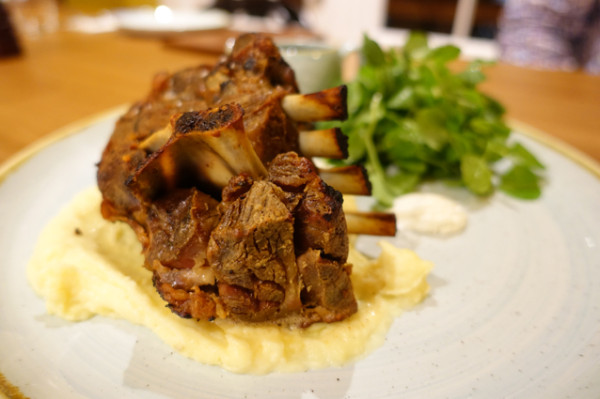 Follow it with a shared Lamb Shoulder ($39), plated with a smear of parsnip purée, a tangy dab of chèvre, snow pea tendrils and jus. This joint of meat has been cooked for so long the bones pop out when gently nudged with a finger. With each element on the plate well-executed, and all the flavours balanced in harmony, the only thing you’re likely to want for is a side that'll up your vegetable intake. 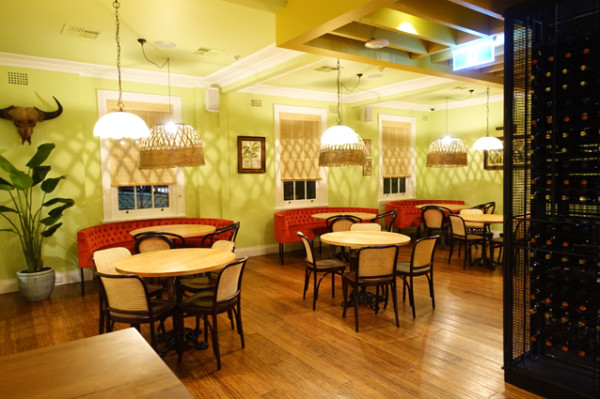 After your meal, retire to one of the padded red couches for a post-dinner tipple. Sink further into the theme with a Sazerac ($18) – a very lightly sugared New Orleans rye whiskey favourite made with an absinthe rinse, or take a slightly gentler route with Be My Maple ($15). The latter dishes up the same spirit as an old fashioned sweetened with maple syrup. 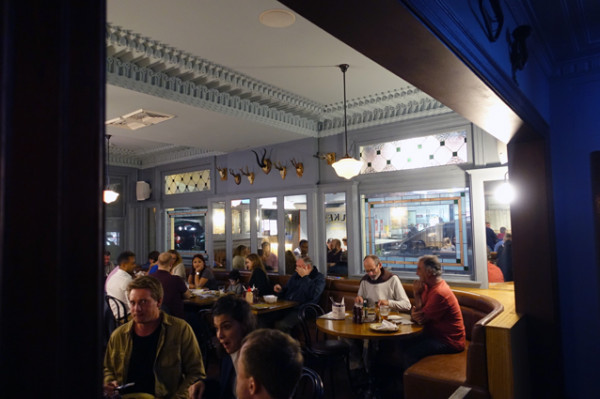 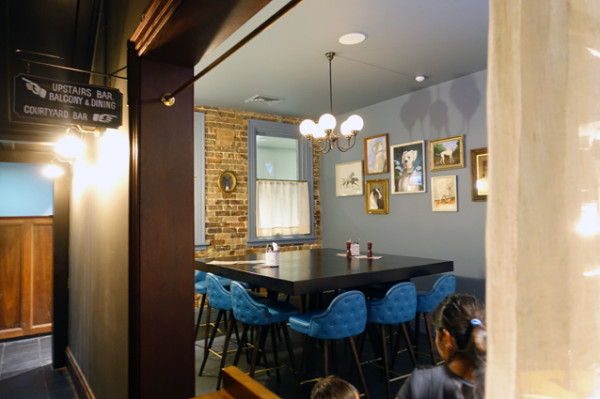 After our meal, we joined the downstairs throng where most patrons were eschewing the upstairs newcomer for the pub bistro’s cheap two-for-one dinners. 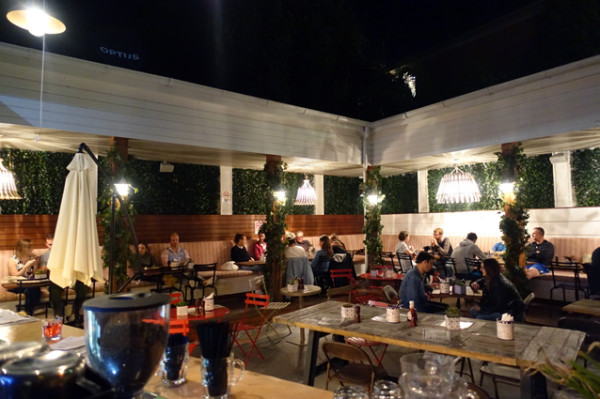 "You should come down here for a few beers then head upstairs for cocktail," an amicable barman in the Courtyard Bar offers. He's right – even if my dining companion is slightly put off by being shoulder charged by a drunk woman shouting: “fuckballs” in the Public Bar. 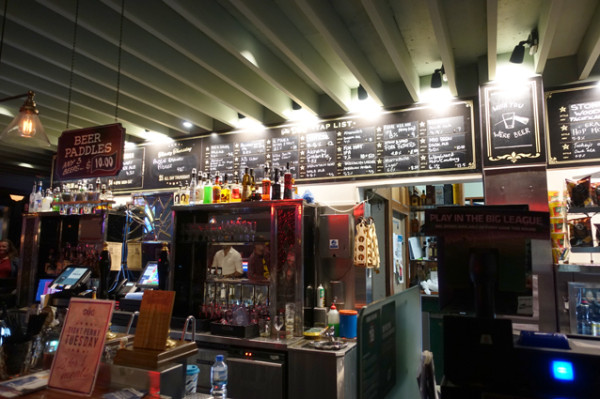 Across the venue’s three bars you’ll find a whopping 59 beer taps. Most are located in the Public Bar which is currently pouring beers from popular local breweries including Wayward Brewing, Willie the Boatman, Rocks Brewing Co. and Young Henrys. 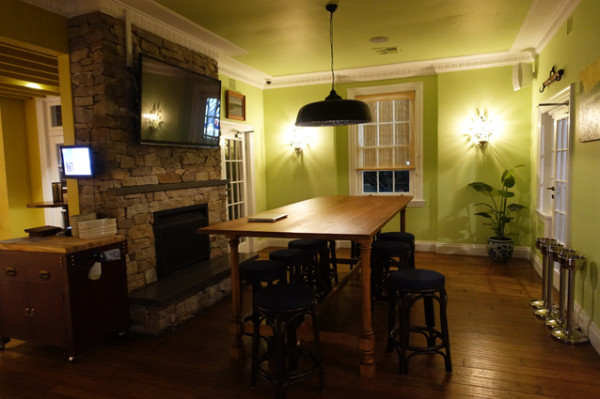 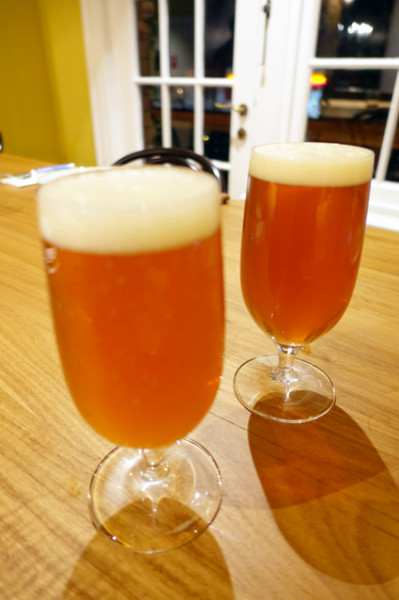 And if they're ever inclined to leave behind their bargain half-priced dinners, beer-drinking women like me will also find a cool dozen on-tap beers upstairs. I was most taken with Fixation IPA ($10), an offshoot of Stone & Wood in Byron Bay, which uses four new world hop varieties and enough malt to make a nicely balanced, fruity quaffing beer that’ll be perfect for summer. Merchant ($10) is a golden ale brewed in Marrickville, with the addition of pear and earl grey tea. It’s bigger on malt with the tea adding some welcome astringency at the finish.