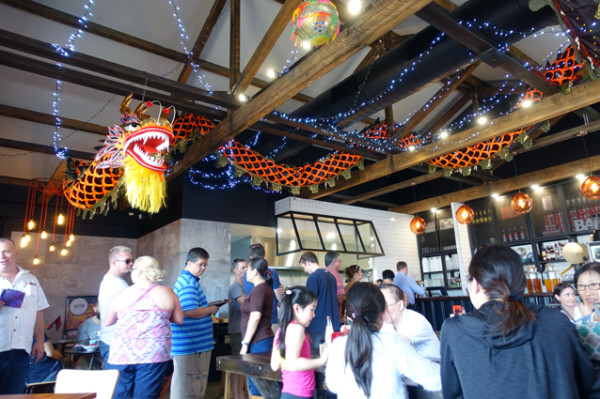 In Toowoomba – or TBar as it’s affectionately known – locals don’t seem to mind queuing. This is lucky considering the current popularity of the Walton Stores development, which brings together business, retail and dining, in a trendy precinct in the heart of the city. 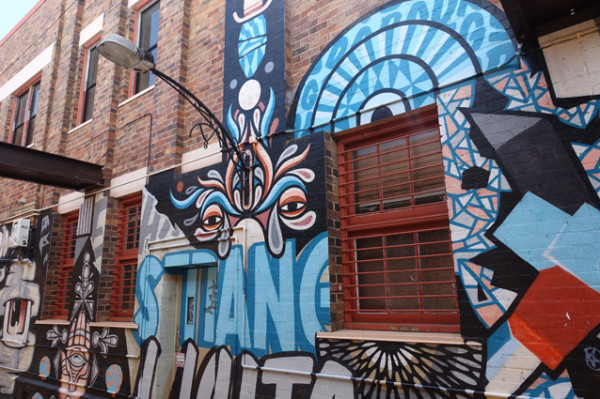 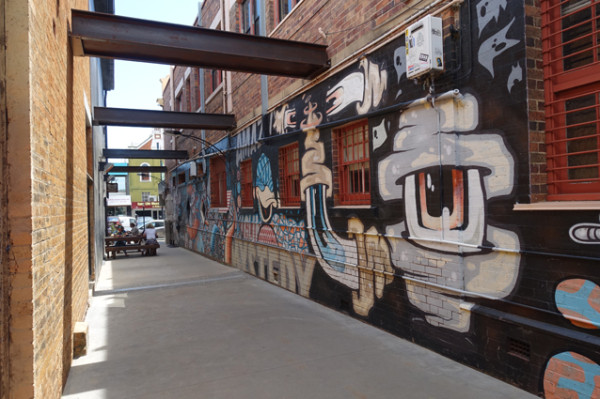 Entering from Ruthven Street, you can follow a mural that should feel familiar to any Sydneysiders, as it features the instantly recognizable work of prolific Sydney-based street artist Phibs. On this project, he worked alongside a top-notch crew that included Beastman, Numskull, Gimiks Born and Toowoomba’s own Twolaks. 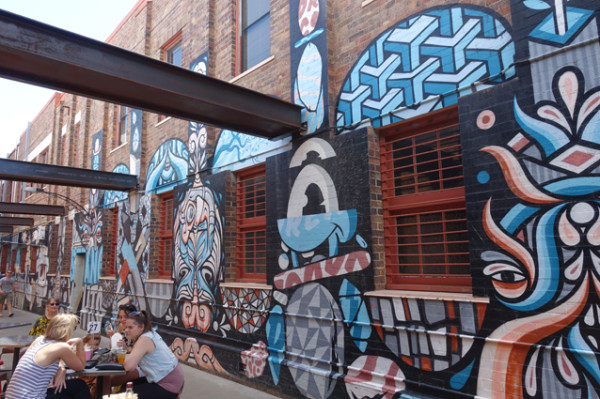 Their eye-catching work, featuring a cleverly reduced colour palate, now forms both the entranceway, and the backdrop, to a vibrant eating hub. 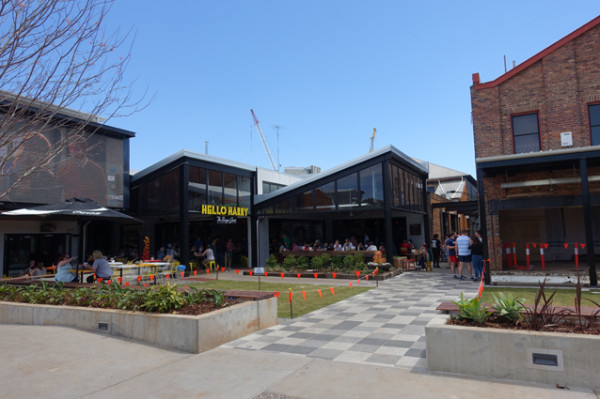 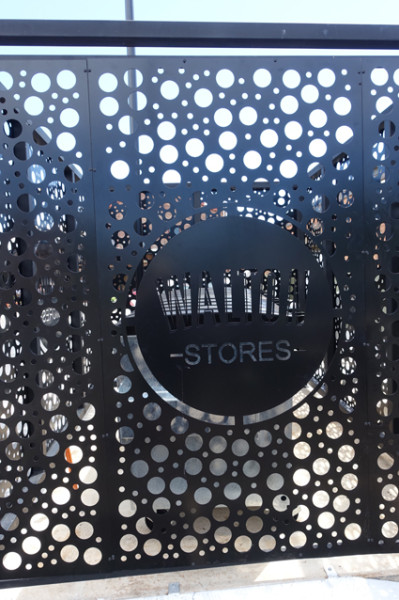 With three outlets - Two Birds, Hello Harry and Junk Toowoomba - all facing onto a grassy courtyard with a large outdoor video screen, your only problem might be choosing between them. 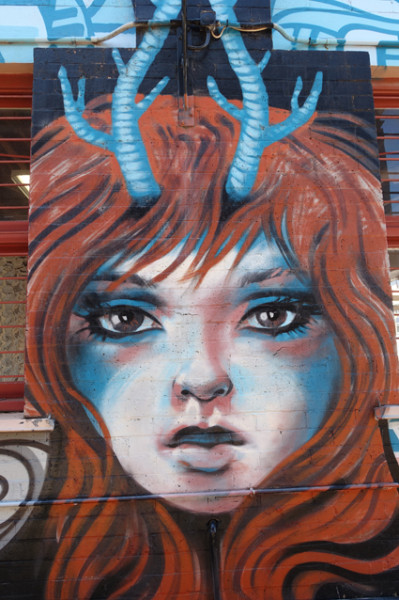 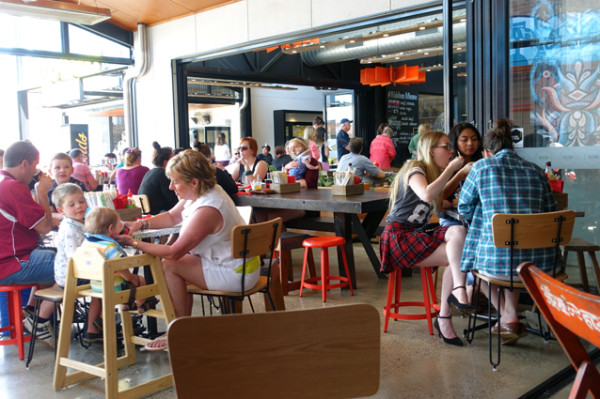 Encouragingly though, they’ve all taken a porous approach to seating; meaning as long as at least someone in your party is dining from the restaurant you’re sitting in, the rest of your party are free to order from wherever they like. 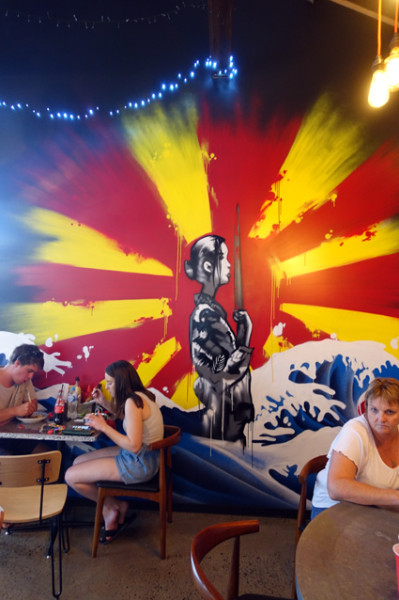 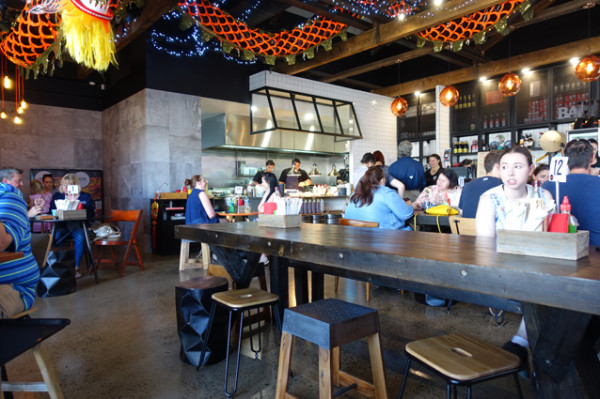 We joined the queue for Junk Toowoomba, right behind the local constabulary, and marvelled at how good-natured everyone was as they waited patiently to order. This Toowoomba store is a second outlet for Chef Tony Kelly (ex-Stokehouse), who also operates a store a couple of hundred kilometres away in Maroochydore. They’re both trotting out an inexpensive menu obviously influenced by hawker-style Asian cooking, but not bound to any notions of authenticity. 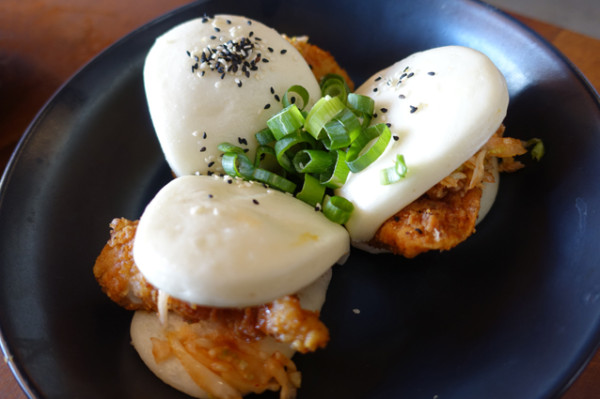 Despite the queues to order, dishes emerge quite quickly from the youthful kitchen team, who easily slam out dishes for over a hundred diners at lunch time in their third week of trading. Across two visits, I try two different types of bao. My favourite was the trio of Chicken Katsu Bao ($12/3 pieces) teaming crisp Southern-style friend chicken breast with gentle house-made kimchi and an interesting Bull-Dog style sauce (Japanese tonkatsu sauce) inside super-soft steamed buns. 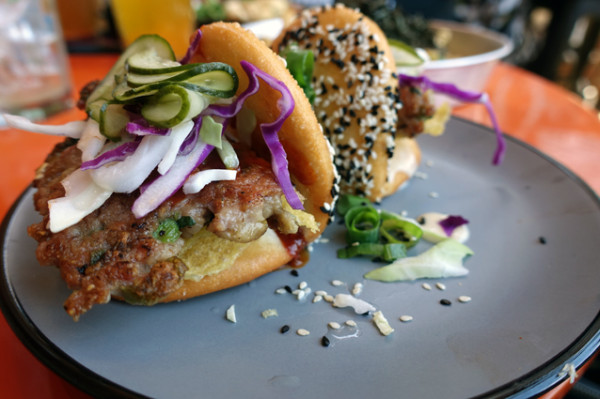 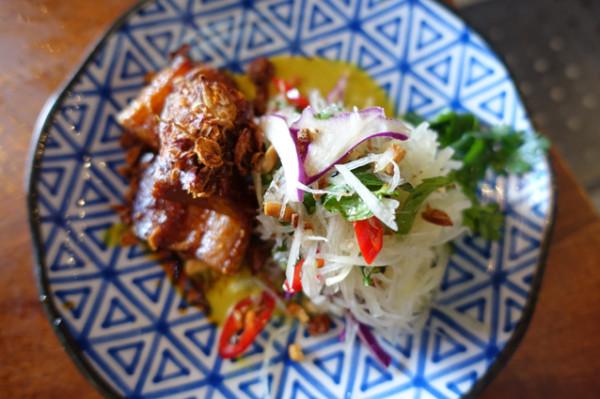 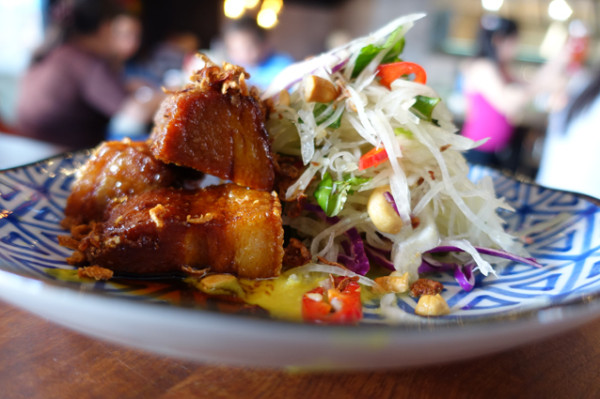 If I had only stopped at the Crispy Pork Belly ($20) I would probably have given this restaurant a higher rating. This dish is a well-presented and clever mishmash of popular Malay and Vietnamese favourites. It takes everything I love about creamy laksa, and drizzles it over a green papaya salad crowned with crisp pork belly cooked with kaffir lime and palm sugar caramel. 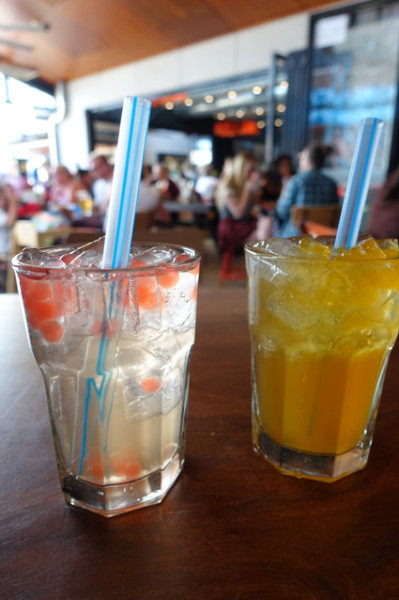 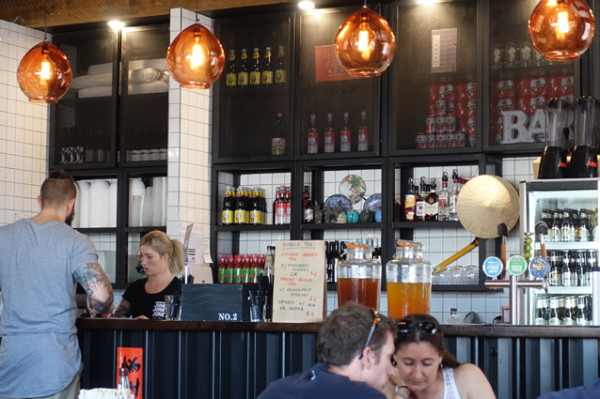 Washed down with a Spiked Bubble Tea ($11) it's a perfect representation of this site's pan-Asian mash-up sensibility. The drinks employ Taiwanese bubbles (in either strawberry or passionfruit) which are added to tea mixes (either lychee green tea, or mango black tea) with your white spirit of choice (either gin or vodka). The mango black tea with vodka and passionfruit bubbles was my winner. 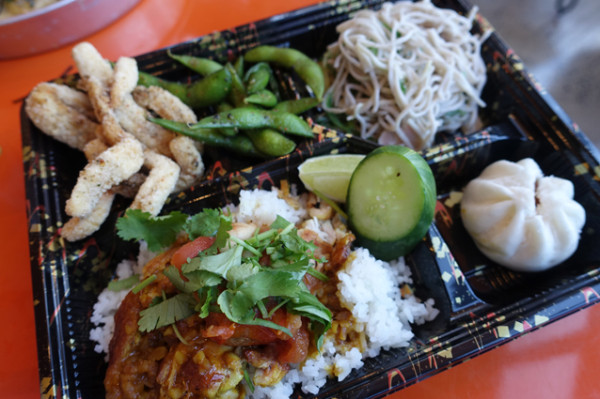 However on my second visit I returned for a lack-lustre Junk Mixed Plate ($20) - a kind of avant garde bento box that lacked flavour, across an insipid chicken curry, a cold noodle salad, edamame in brown butter and Junk spice, and over-sweet calamari. 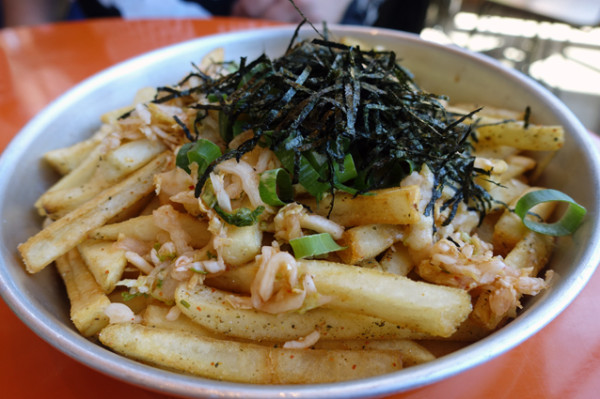 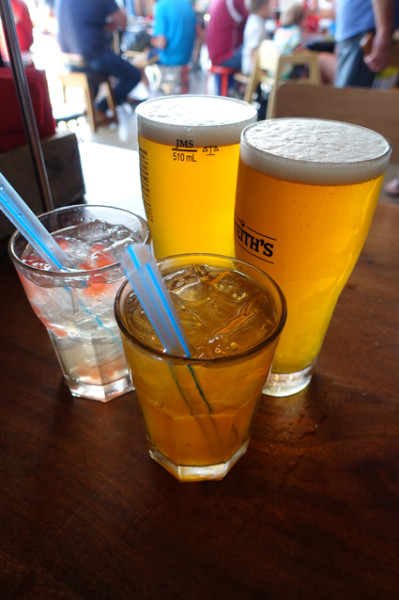 Together with Gangnam Fries ($10), teaming a pretty average frozen chip with nacho cheese, too delicate kimchi, spring onions and a heaping of nori, these dishes made me wonder if I’d just chosen wisely last time? That said, the chips did grow on me once I got stuck into a Monteith’s Pointers Pale Ale ($10/Schooner) so perhaps it’s just best viewed as drinking food?

Even if their success varies from dish to dish, it's hard to ignore that the enthusiastic response from Toowoomba locals, who have clearly been itching for pan-Asian hawker food to hit their city's laneways and streets.