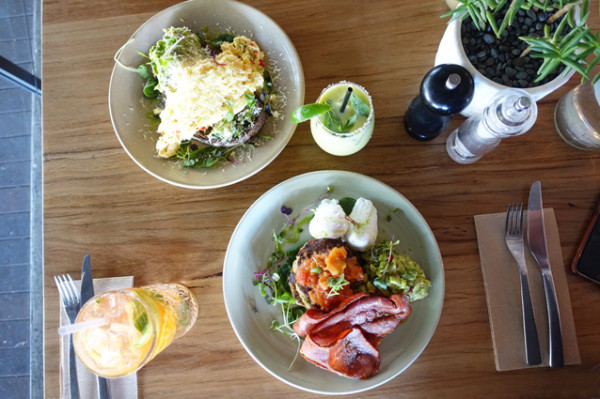 Benefiting from the creative destruction of modern Capitalism, for the last year COOH Alexandria has been making the most of the almost $2 million fit-out that Vicinity Dining did in this sprawling space, just three years earlier. 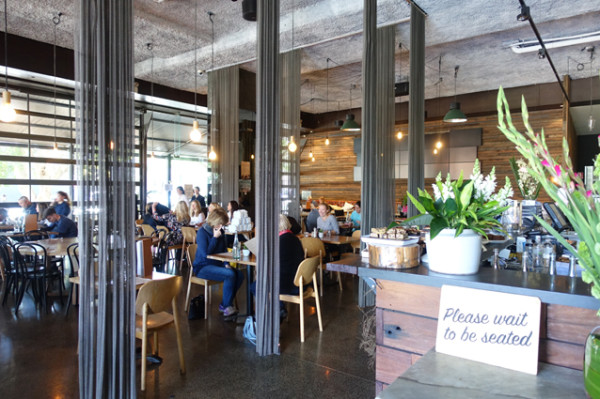 For new owners Rachel Trevarton and Scarlett Forward, this is a logical expansion on their original North Curl Curl café, and an opportunity to bring their organic, wholefood philosophy to Alexandria. The name – in case you were wondering – is short for a carboxyl group. These –COOH groups form part of all amino acids, the basis for all life processes. 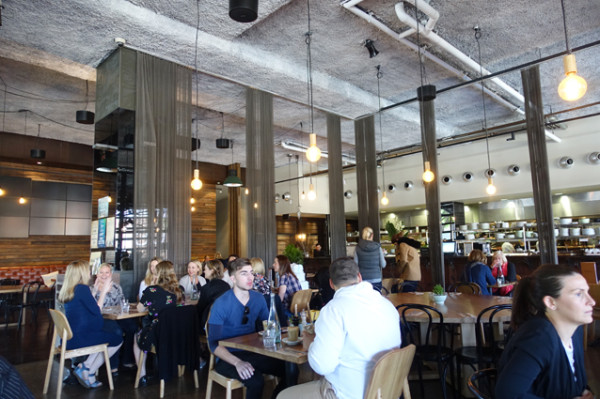 Alongside a healthier menu, the COOH team have injected a little more light and openness into the formerly dark, corporate-looking space. While it’s never going to be a sundrenched seaside café, they have made inroads into morphing it into a community hub. 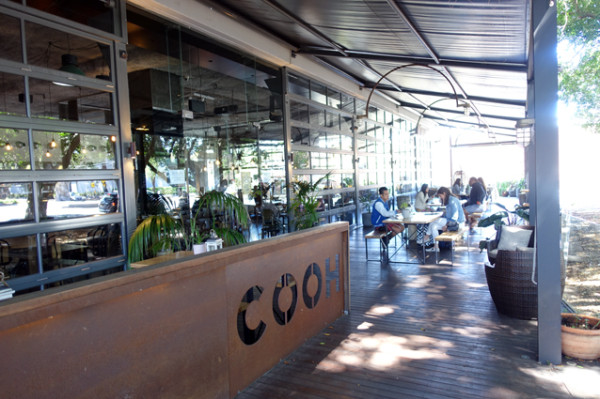 I pop in for weekend brunch, a popular affair even in such a big space, without going to the ridiculous level of overcrowding at neighbouring The Grounds. 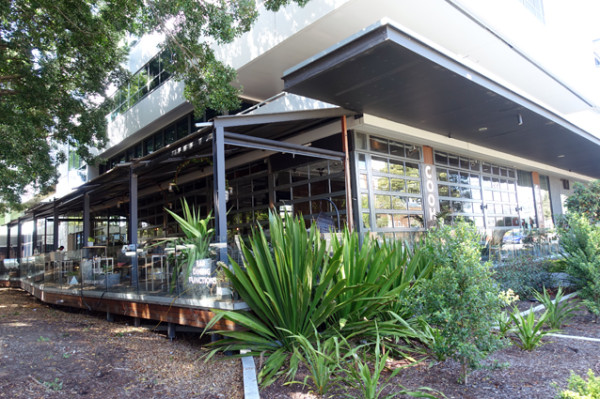 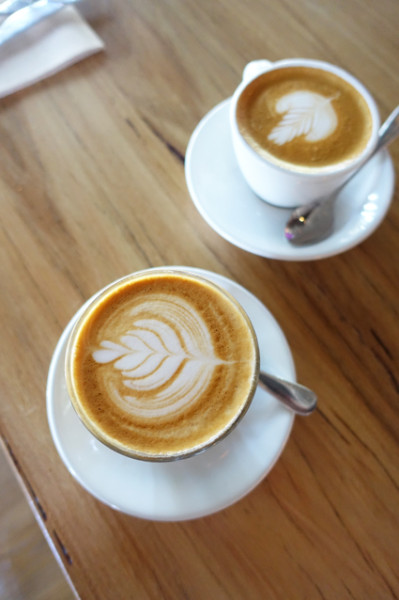 After inhaling their smooth, house-roasted coffee blend in a Latte ($4) I moved on to cocktails. Breakfast cocktails at COOH are delicious and inventive – plus they pass the sniff-test: they look to other diners like you’re consuming an appropriate breakfast drink (it’s way too early for judgment). 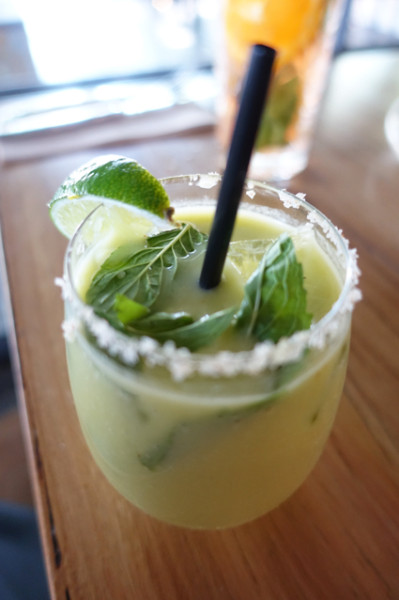 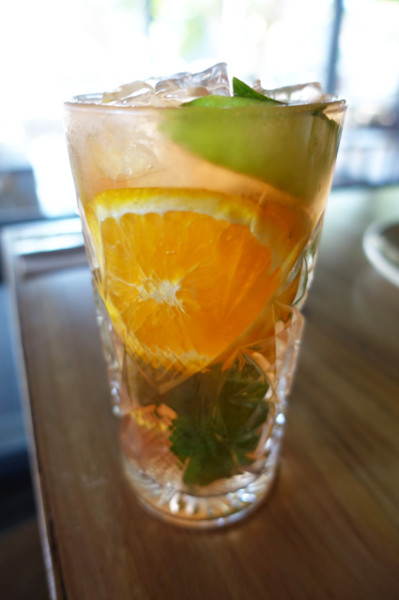 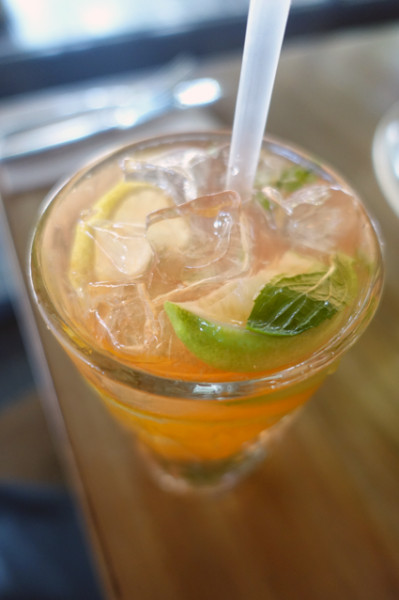 Avo-Cooh-Do ($17) takes a mild mannered avocado, pineapple, honey and lime smoothie, then shakes it with chilli, egg white and gold spiced rum. The resulting drink allows you to suck your house deposit in through a straw – no chewing required.

Kooh-Mquat ($15) looks just like a healthy juice – and it is a super healthy - created from a combination of on-tap kombucha (made inhouse), lemon and lime juices, kumquat syrup and gin. 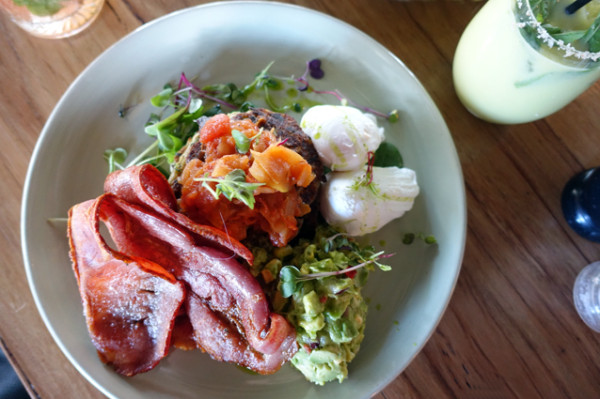 Your house deposit can also be consumed in a lemony corn salsa that comes with a generous serve of Zucchini Buckwheat Fritters ($20); or smashed onto sourdough with Chilli Jam Scrambled Eggs ($18). While the fritters come with a truckload of slightly dry (I suspect this is done as a healthier cooking choice) organic, nitrate-free bacon, if you’re super hungry you can add on a pair of Organic Poached Eggs ($2). 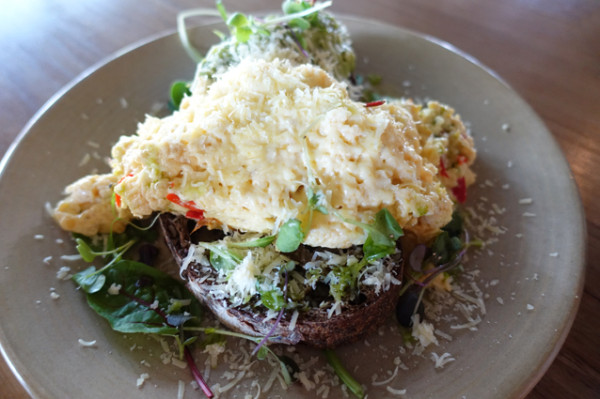 It’s a refreshingly honest plate of food, all the way down to a tasty pot of tomato relish, but I struggle to finish it.  Ditto the smashed-avocado meets Pecorino-dusted, chilli jam-swirled, scrambled eggs. 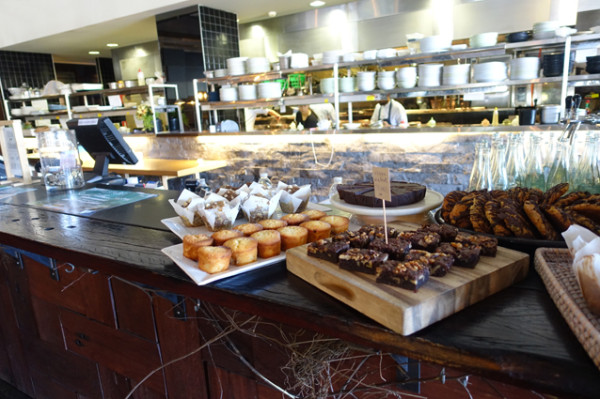 With the former owner’s investment in a high quality Bose sound system and suspended subwoofers kicking out a warm and diffuse sound that’s easy to talk over, the temptation to kick back for an afternoon of drinking is hard to resist…