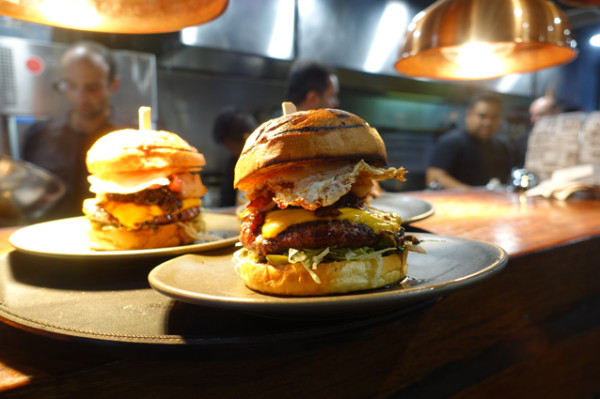 With a recent visit to their standout La Perouse venue under my belt, I arrived at the new Bare Grill on Bourke determined to move beyond the burger. My resolve was weakened considerably by watching a uniform row of burgers, all bearing the trademark Bare Grill stamp, paraded past my table. 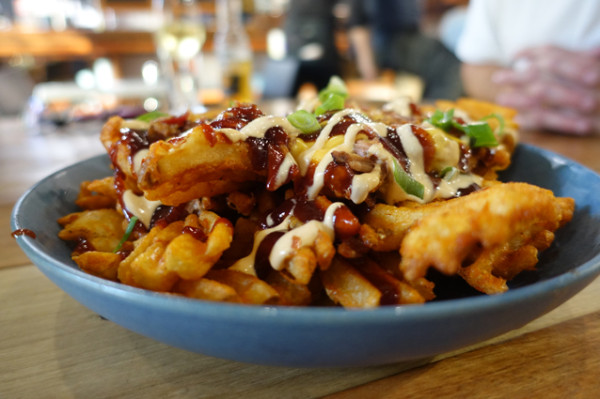 I consoled myself with another order of their Epic Fries ($15). I’m not generally a fan of loaded fries because they often get too sloppy - not so with these crisp waffle cut fries, well-seasoned and smothered with sticky barbeque sauce, oozing cheese and pulled pork. 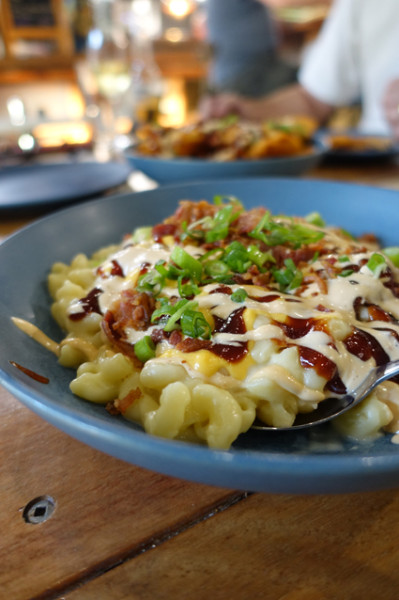 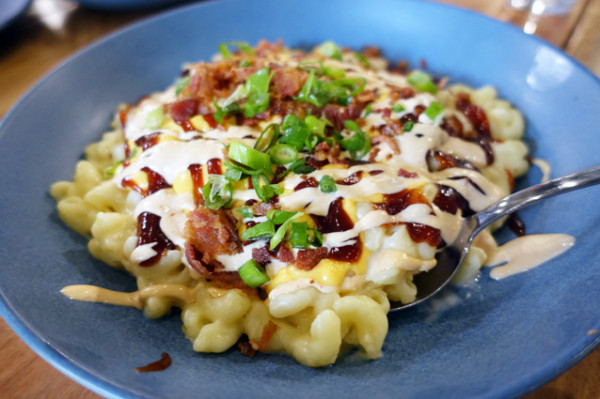 This time I also try out the Epic Mac & Cheese ($15) – doused in their usual array of sauces, it’s actually quite a comforting (rather than overly rich) rendition. It reminds me of eating gnocchi. I pace myself because I’m waiting for the big event: a Tomahawk ($65) that we share (with another main) between three people. 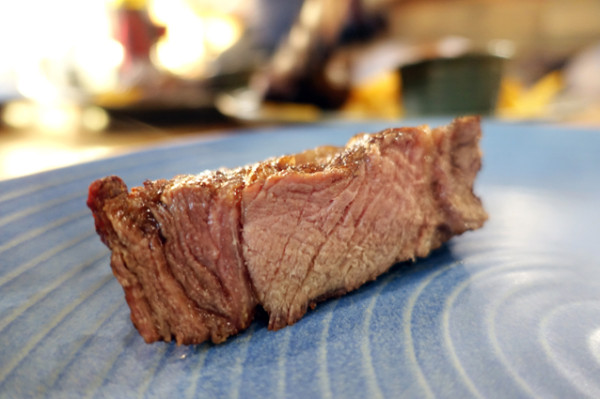 Presented on the bone, and cooked medium-well, this rib eye (or scotch fillet) is a beauty that’ll have you itching to get all primitive-like and pick up the long bone for a chew. 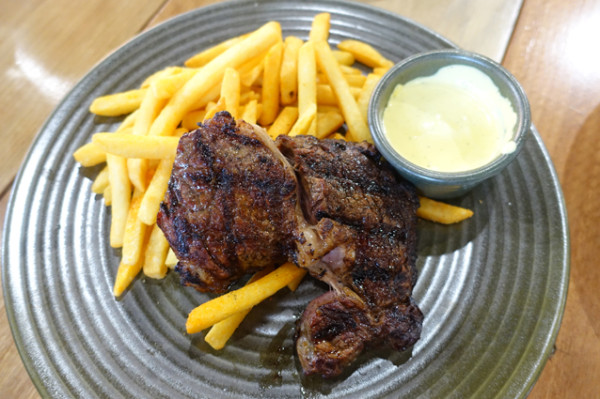 Interestingly though, it's the smaller, de-boned version – a Scotch Fillet Steak ($27) - that scrubs up better in the flavour department. There ain’t much in the way of salad on this menu, but both meat dishes are served with chips and good Bearnaise. 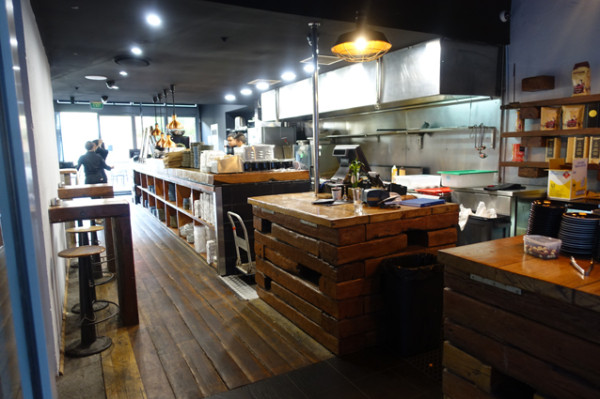 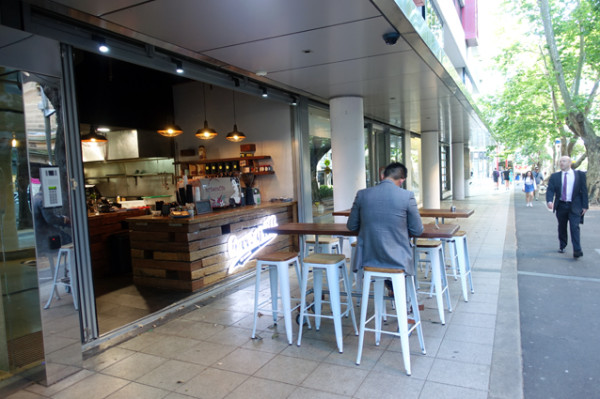 This new restaurant is quite spacious, running all the way from Bourke Street to the communal al fresco courtyard in the rear. 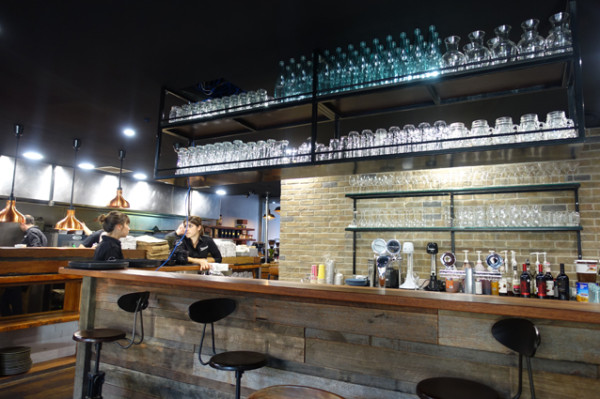 Despite the shiny rows of glasses adorning the new bar, the usual Mike Baird-related bumbling bureaucracy is preventing you from enjoying a beer with your burger. If only they could hand out liquor licenses (into a spot that has already had one, no less) at the same speed they can destroy Sydney neighbourhoods for WestConnex. Six months (so far) is a long time to wait to drink beer with your burger, Mike. 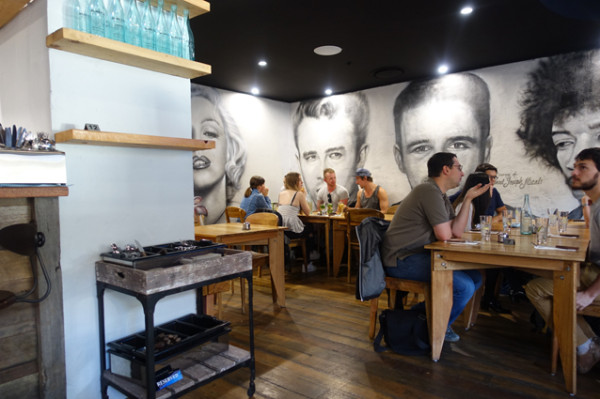 While the Bare Grill crew have kept the design relatively simple, staying true to their roots as a beachy burger bar, the gigantic mural will likely catch your eye. Featuring the legendary Marilyn Monroe delicately gripping a burger, it is, as co-owner Joseph Micali explains, the theme is “dead heros: eating burgers with the stars.” It’s the work of a New Zealand based artist – Mr G or Graham Hoete - who is known for delivering realistic portraiture at epic scale. 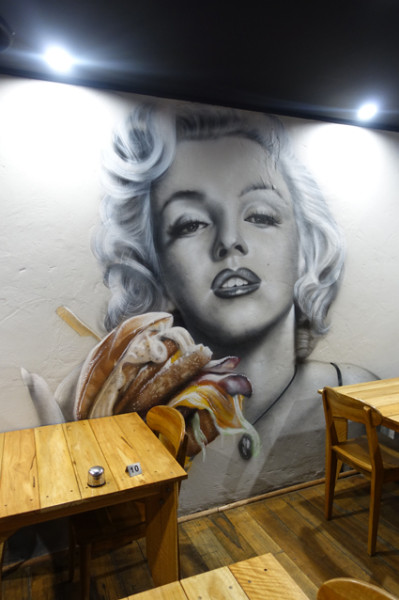 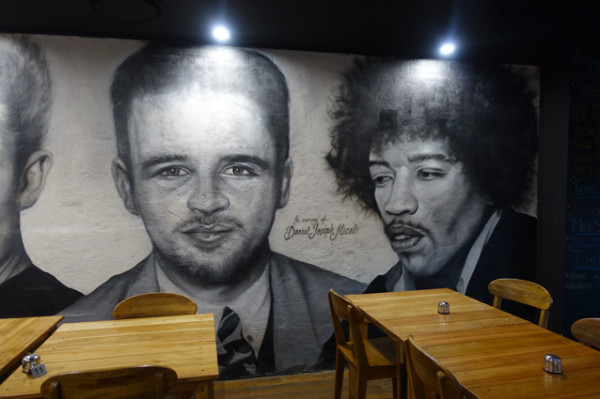 Joining Marilyn, James Dean and Jimi Hendrix on the wall, is Daniel Joseph Micali, Joseph’s brother, who is sadly deceased. It's nice to see that what constitutes a hero isn't limited to movie stars and singers. While this St Margarets development has seen a particularly brutal turnover of restaurateurs, I suspect with the level of heartfelt investment in this place, Bare Grill on Bourke is likely to stick around.