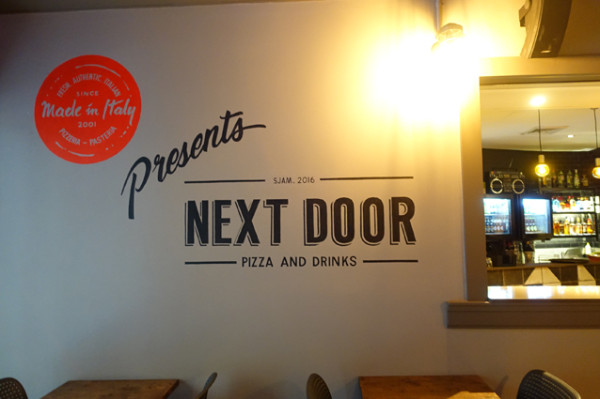 “After nine months in the D.A. stage and 1.5 years trying to get it approved by Liquor, we finally as of two weeks ago opened our doors,” explains Simon Fadous, who also co-owns Made In Italy with Sergio Checchi. 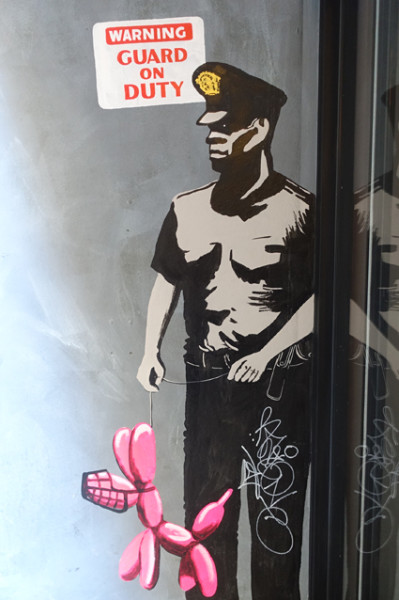 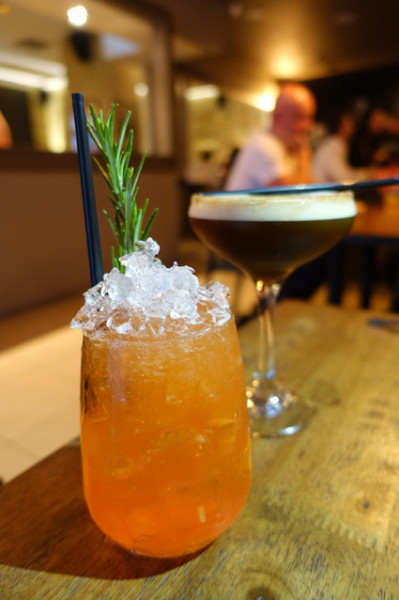 Despite the entranceway mural of a muzzled bright pink balloon dog on the leash of a cap-wearing leather man (which might have you thinking you’re heading into something else entirely), this tiny back-lane basement-style bar seems pretty benign. 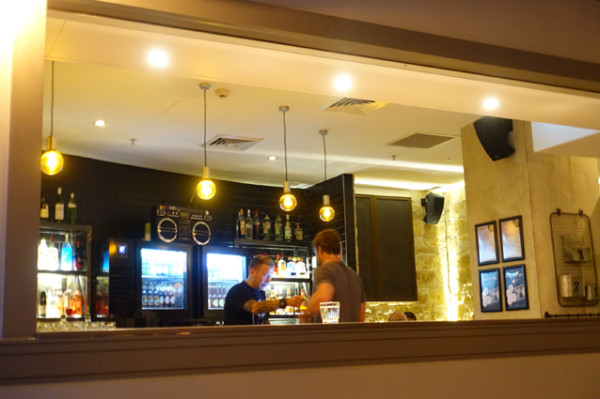 Kicking back with an icy Made in York Lane ($16) – their rosemary-infused Bombay Sapphire and Aperol aperitivo – it’s hard to see why a quiet post-work drink and pizza proved so troubling to Baird’s bungling bureaucracy. 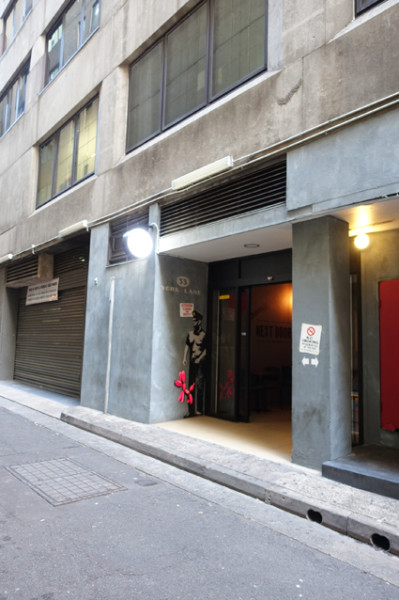 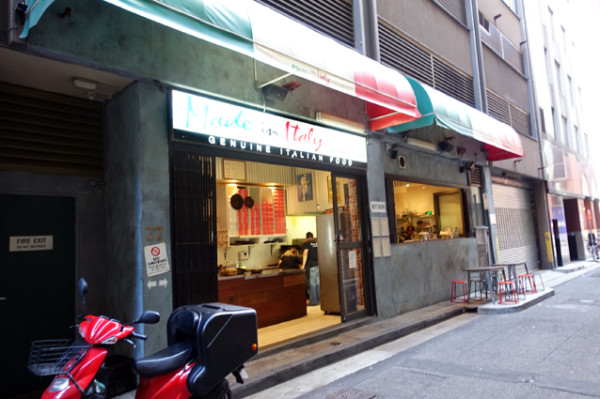 Set right next door to Made In Italy on York Lane, this venue was designed to give people a more pleasant laneway seating option than milk crates while eating one of their pizzas. 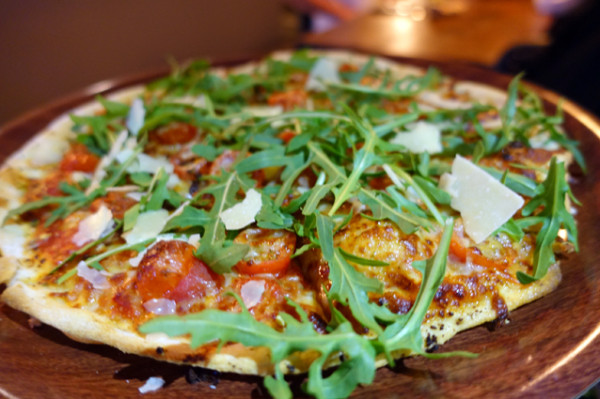 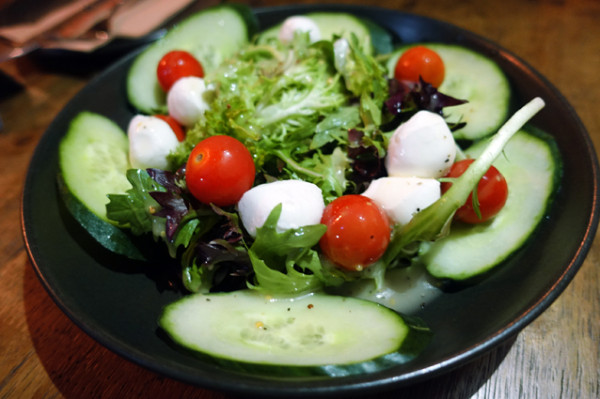 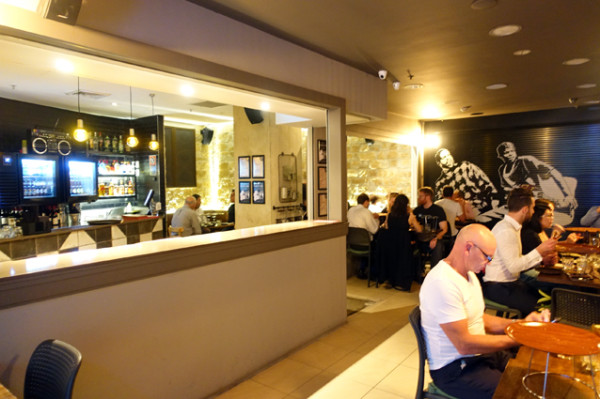 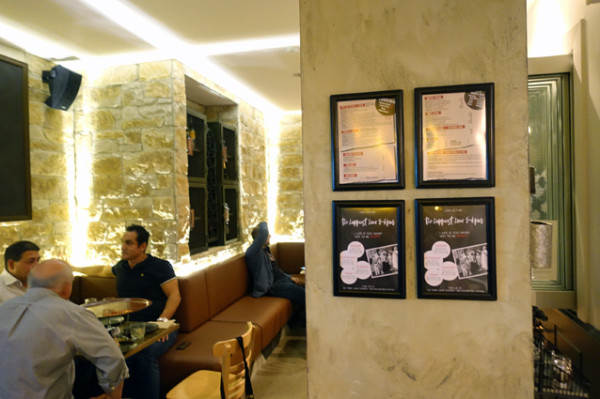 Taking over a vacant storage room, this tiny bar actually seats fifty people. They keep the post-work crowd hydrated with a decent list of wines, beers and cocktails. The Martini Espresso Twist ($16) proves another winner; with cinnamon-infused Finlandia Vodka and Patron XO Tequila it packs a punch that’s only partially gentled by the cinnamon sugar rim. 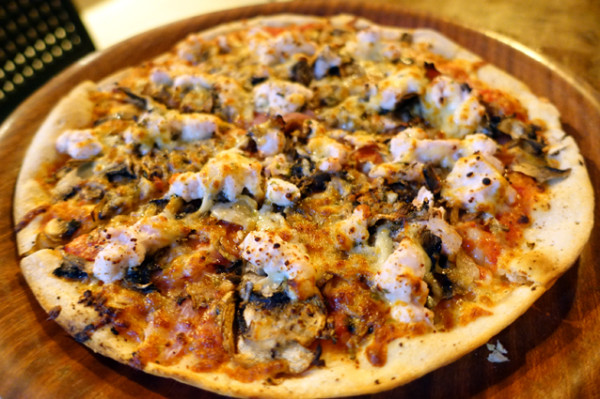 Sipped slowly against a simple Pollo Pizza ($18/medium) that pairs chicken breast with onions, mushrooms, oregano, Parmesan and garlic, I can feel it working its magic, helping me unwind after a busy day of having my nose to the corporate grind.