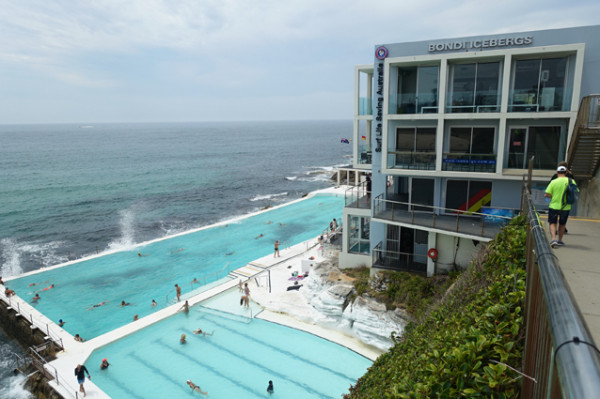 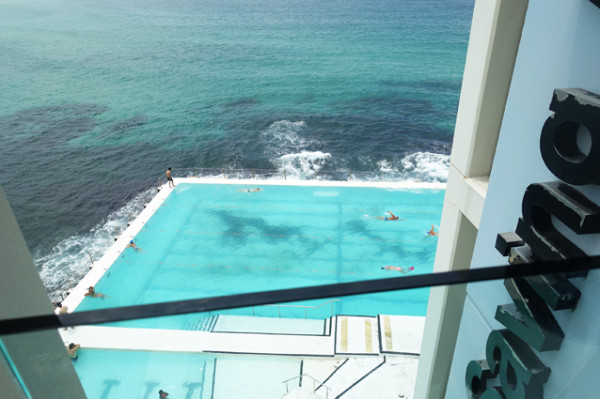 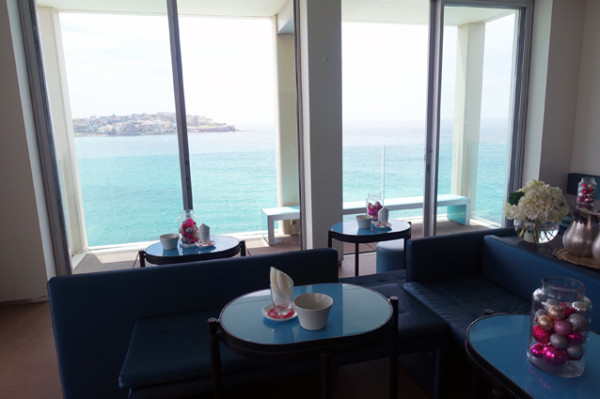 The first Aussie icon he was referring to was visible through the wide glass windows: the iconic Bondi Beach. However it was the alluring smell, and wonderful appearance of the second icon that had actually caused us to gather at Icebergs Dining Room and Bar... 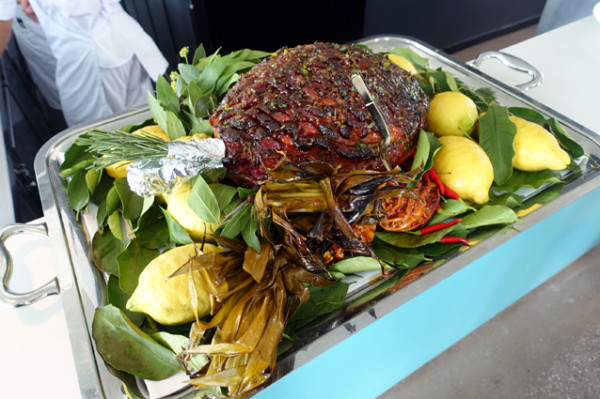 It’s Australian Ham Week, a week that celebrates Australian ham, and effectively launches the Xmas ham season. Cracking the ham was always a big moment at our house. For most households, a bone-in leg ham represents a significant spend, so everyone wants to get this purchase right. We'd hang over it waiting for the first slice, asking will it have the right balance of flavour, smoke, aroma and texture? 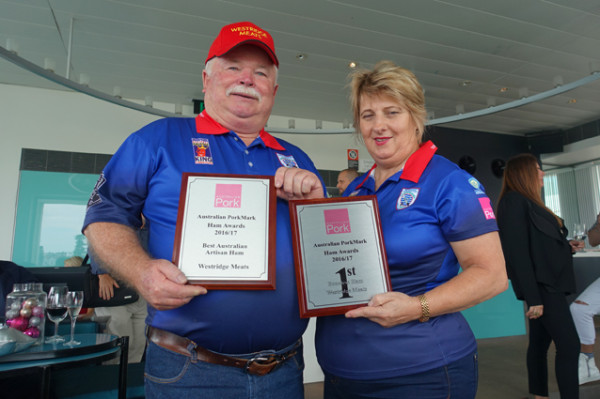 Well if you live in Toowoomba, you can be assured that Westridge Meats have got the goods. Taking out the overall artisan and best boneless ham, this family-owned butcher shop is one of three stores run by John and Lynette Yeo.

“We source all our ham locally from Clifton just outside Toowoomba - the Jones - they've been running that piggery for years," said John as he collected his second award, having first taken out the trophy in 2011. He tells me that his resident master smallgoods maker, Kerry Brisbane, will be turning out nearly 1800 handcrafted hams using his own secret recipe this year, with most going to the lucky folk in Toowoomba. 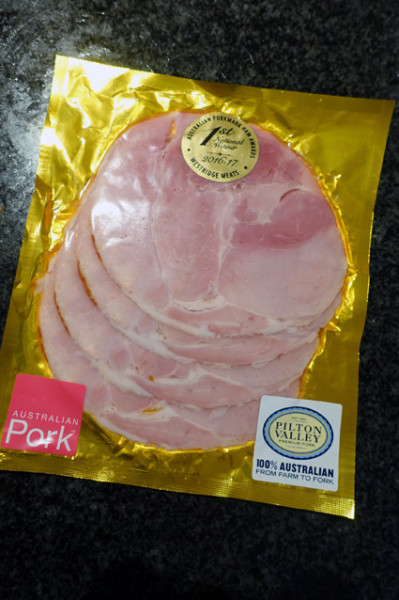 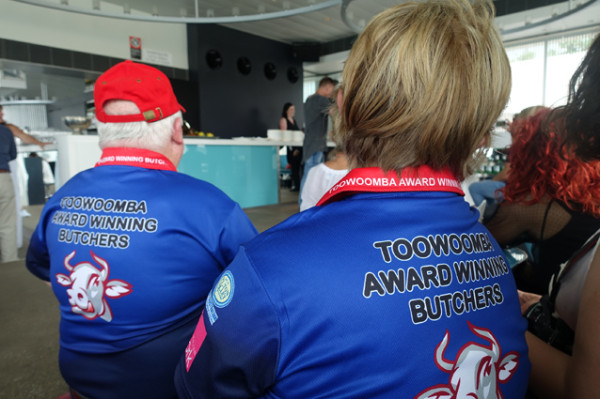 Winning an award like this one – or even taking out second prize as they did in 2013 – is good for business. “We got lots of customers who email and then drive 4-6 hours to come in," explained Lynette. They arrived in Sydney from Toowoomba earlier this morning, carting down packets of their leg ham so guests like me could try their-award winning leg ham. 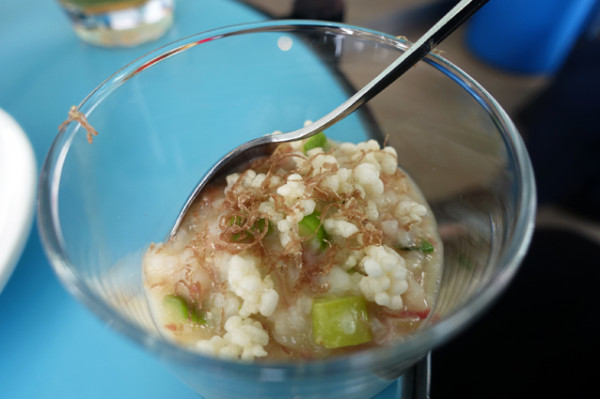 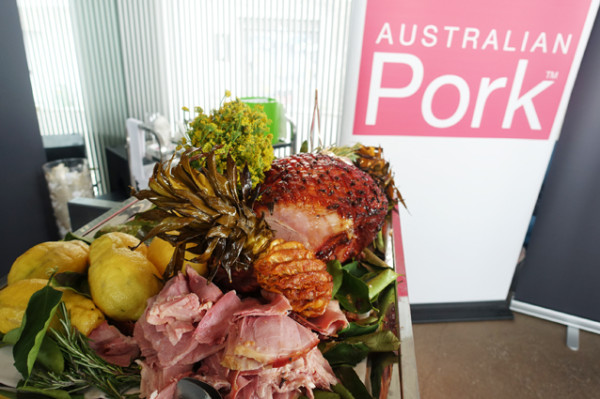 However we were all salivating for the big event – cracking Monty’s beautifully presented, glazed ham masterpiece. 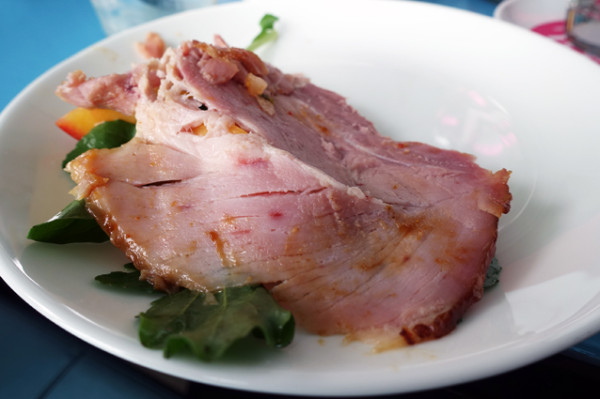 He served it up quite simply, with pickled peaches and green leaves, which is all the garnishing a beautiful Australian ham needs. 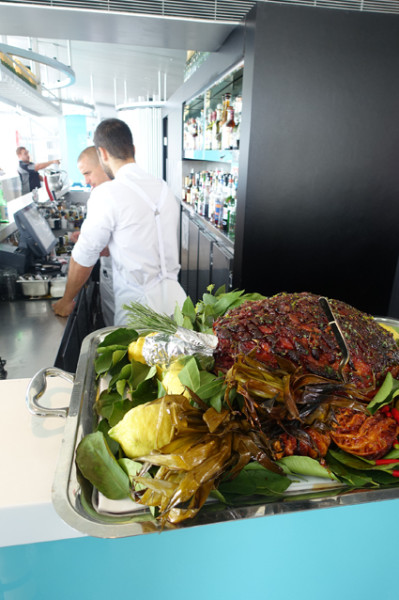 “Australians eat 5kg of ham per person per year,” said Mitch Edwards. For a nation of ham lovers though, a whopping 56% of us are unaware that ham can be made using imported pork. Make sure this Xmas, you support Aussie farmers by looking for the pink Porkmark logo. 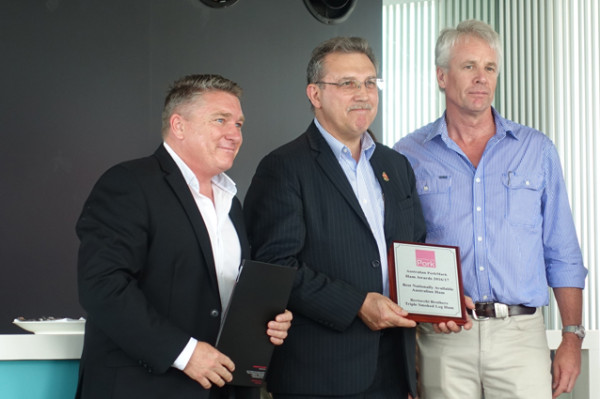 While I strongly recommend you choose artisan ham from an independent butcher, if you buy your ham from Coles, look for Bertocchi Brothers Triple Smoked Leg Ham. They took out the best nationally available ham with their hickory smoked leg ham. 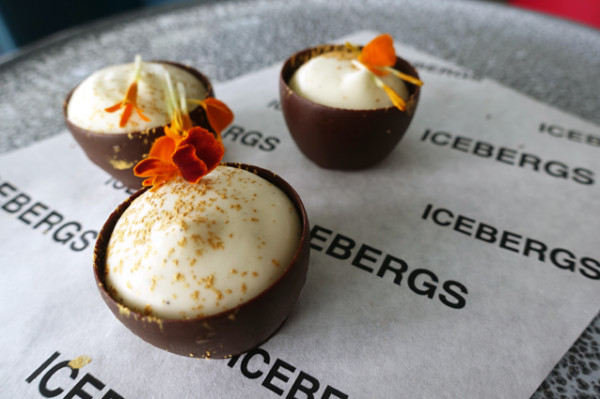 If you like boneless ham, Sunshine Meats in Milperra took out that toque for NSW – and their factory outlet is well worth a visit! I’ll personally be heading to Campbell's Superior Meats of West Pymble (where I already buy my bacon) for NSW’s best artisan traditional bone-in ham. I have no doubt it will be exceptional.