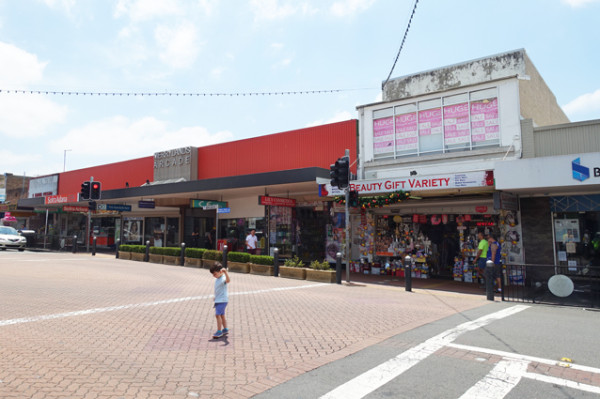 It’s been at least twenty years since I last visited Merrylands, the midpoint between Sydney and the Blue Mountains on the land of the Dharug people. Taking a drive down the main drag – Merrylands Road – it was immediately evident that in the ensuing decades, a lot has changed. The streetscape is now a rich tapestry of cultures, with Persian, Ethiopian, Syrian and Afghan restaurants all catching my eye. 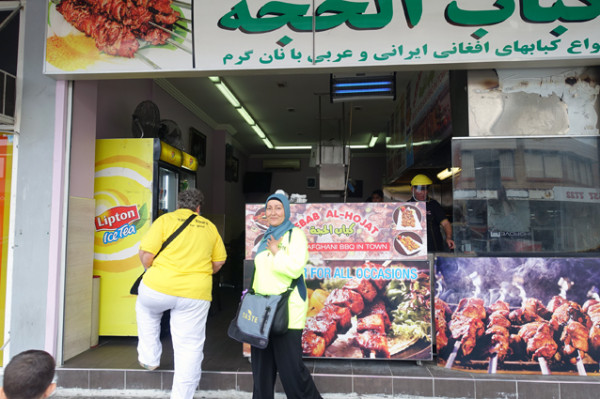 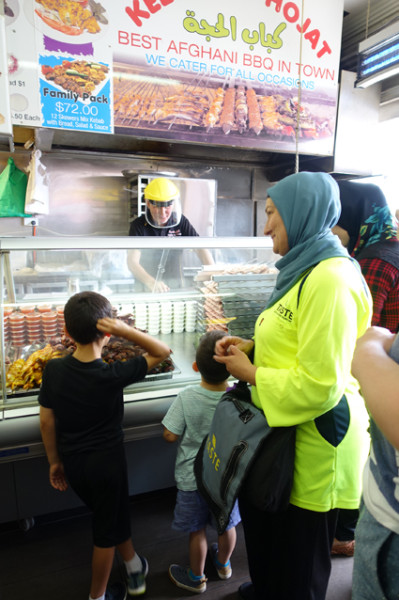 Merrylands was formerly a part of the Holroyd City Council - another local council subsumed by Mike Baird's forced amalgamations - and in 2015 it was estimated to have 113,294 residents. As we’re still awaiting updated figures from Turnbull's bungled 2016 census, I can only tell you that back in 2011, 42,739 residents were born overseas, and 23% had arrived in Australia within the preceding five years. More than half (51%) of the residents spoke a language other than English at home, but the area’s largest ancestry groups were Australian and English. 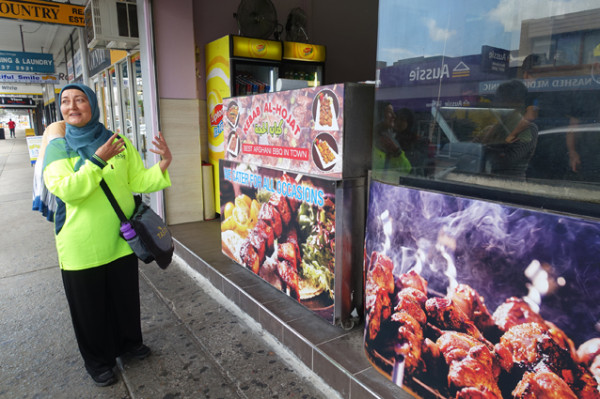 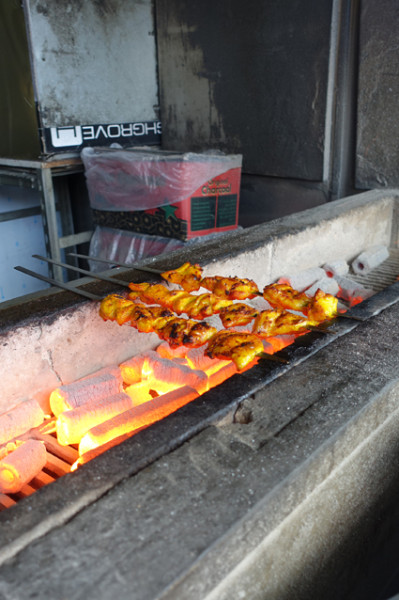 In the five years between 2006 and 2011, the area’s Afghan population grew from 1.5% to 1.6% of the residents, making it the fourteenth largest ancestry group in this culturally diverse area. I’d hazard it’s grown even further since then, as the community is now serviced by a number of very popular Afghani restaurants. I got my first taste of Afghani cuisine courtesy of Taste Food Tours who invited me along on a tour called From Afghanistan to Persia. This four-hour eating adventure will provide a great introduction to the suburb, and set you back $95. Lured in by the wonderful aroma of charcoal barbeque, one of my favourite pit stops was Kebab Al-Hojat. 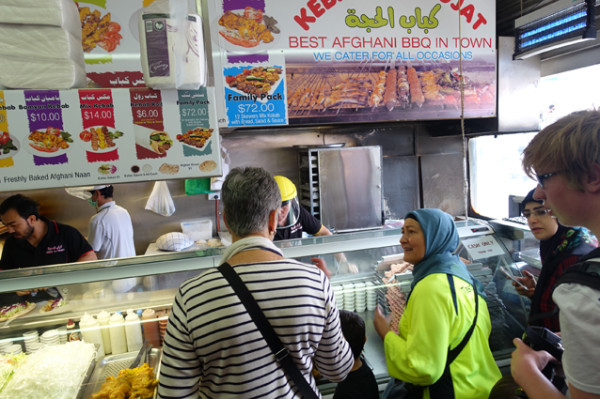 This small eat-in restaurant supplemented by a bustling takeaway business is billed as the "best Afghani BBQ in town". 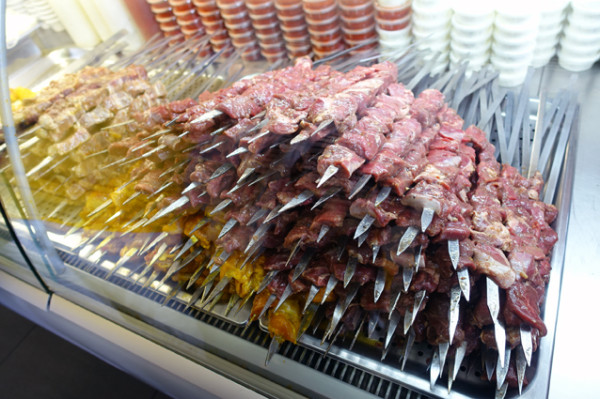 Flat swords of marinated meats are piled high in their refrigerated counter. 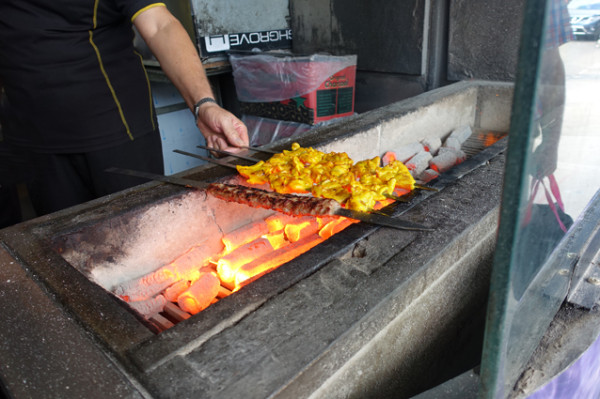 They're cooked to order by a chef who seemingly has Teflon hands. Without gloves he turns the metal skewers over hot coals until the meat is juicy and succulent. The heat from the metal sword effectively cooks the golden marinated chicken on the inside, while the coals add a wonderfully smoky flavour to the outside. 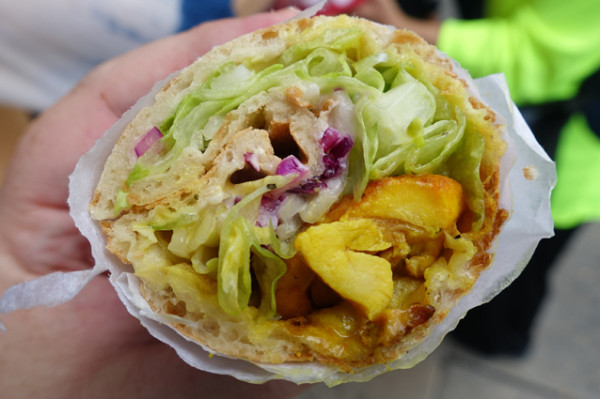 Wrapped in a fluffy Afghan naan, the resulting Chicken Kebab ($6) is big enough to feed two people. The charcoal chook is rolled with a minty raita, chilli chutney, lettuce and lightly pickled red cabbage that goes well with the turmeric, garlic and ginger contained in the marinade. It's a juicy mouthful that is certainly in the running for the best chicken kebab I've ever put in my mouth. I'm determined to head back here to try out their lamb options - shami kebab, a sumac-dusted minced lamb kebab, and choppan kebab made of small charcoal grilled lamb chops. 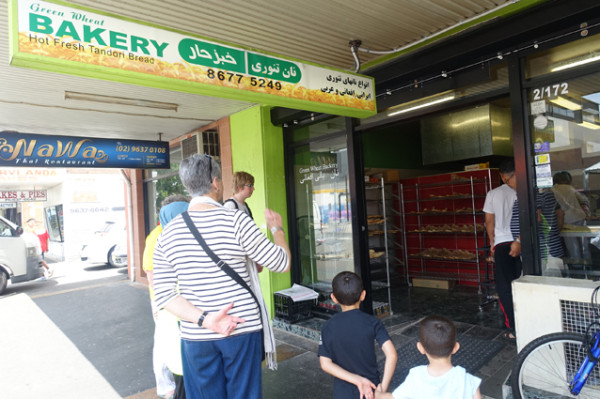 "I enjoy being able to share what I know about places," our Turkish guide Latife explained as we continued our walking tour of the suburb. Along the way she took great care to point out the unique juxtapositions that make up today's Merrylands. Alongside an Afghani bakery called Green Wheat Bakery with large tandoor ovens turning out fluffy bread like that used in our kebab, there's a sixty year old cake store called Merrylanda Cakes and Pies. 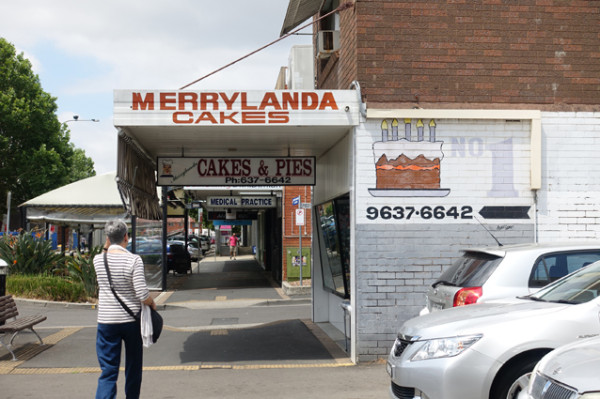 They're still making the kind of vanilla slice your grandmother would recognise, and their sign looks original too. 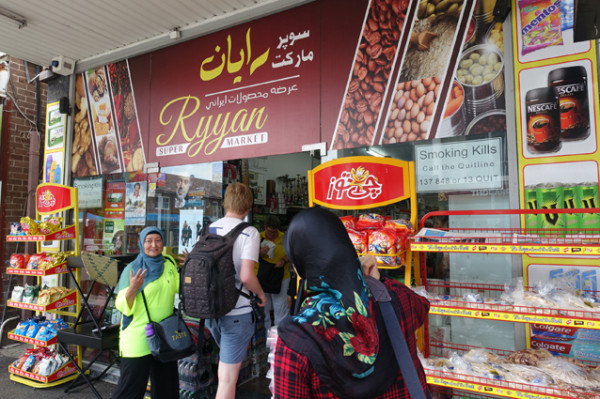 Though if you ask me, even grandma would enjoy this food tour; and it will even introduce her to a new way to drink tea! 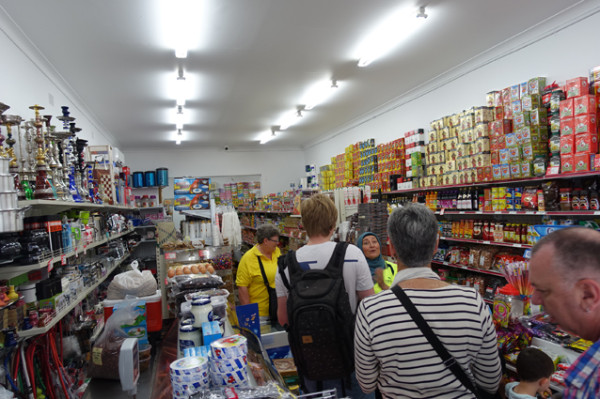 At Ryyan Supermarket, a Persian grocer, Latife introduces us to saffron sugar. 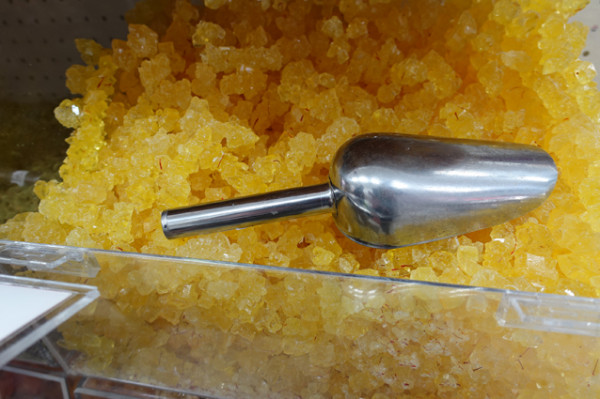 She explains that Persian people drink tea with a hard lump of this sugar in their mouth, rather than sweetening the tea itself. If you think grandma would be as intrigued as I was, stick a Taste Food Tours gift voucher in her stocking this Xmas.