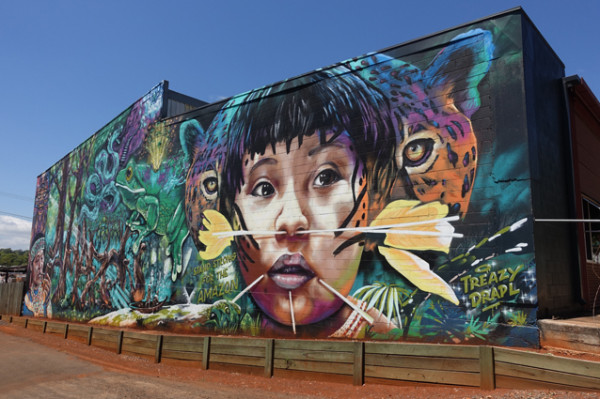 Looking every bit the beautifully preserved historic country town, Toowoomba is hiding a secret. If you travel down the back streets and laneways, you’ll discover a surprising amount of street art. 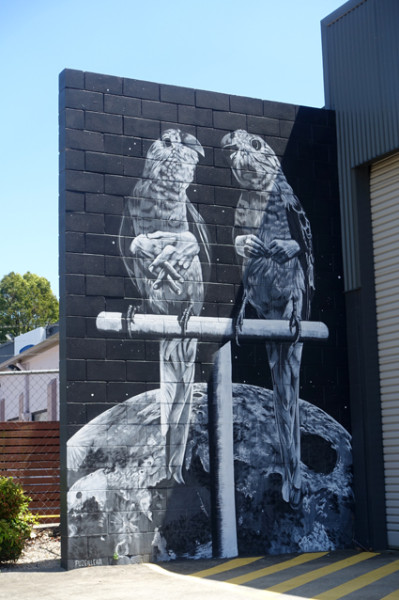 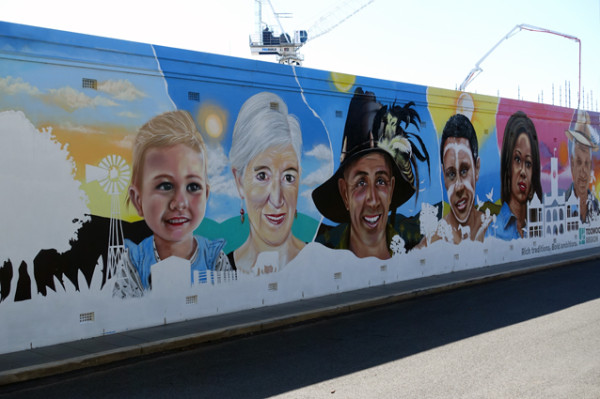 It all began back in 2014 when the three-day First Coat Festival delivered 19 large-scale murals. 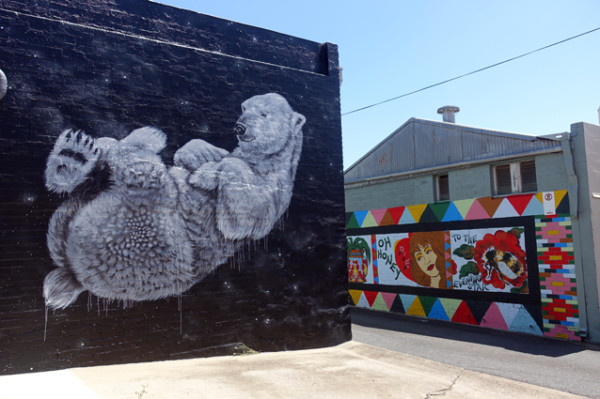 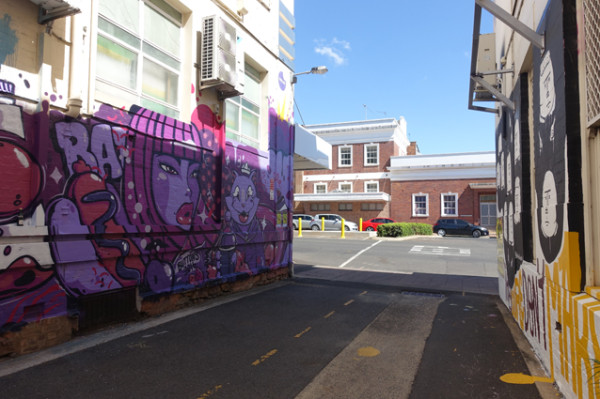 In each subsequent year, the First Coat Festival has added to the town's public art works, amassing quite the collection by local, Australian and international artists - though few are more inspiring than the Amazon-inspired piece is by Brisbane artist, Drapl working with twenty-year art veteran, Treas. 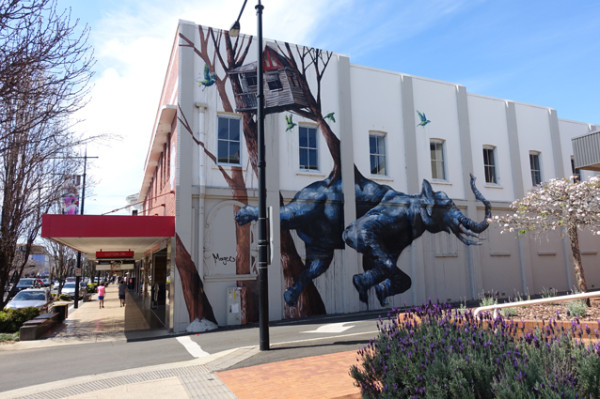 Some of the murals - like Fintan Magee's 2014 elephant – are quite easy to find on Toowoomba’s main drag, Ruthven Street. 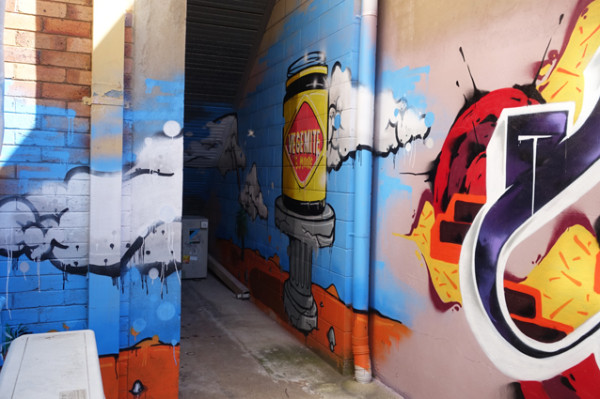 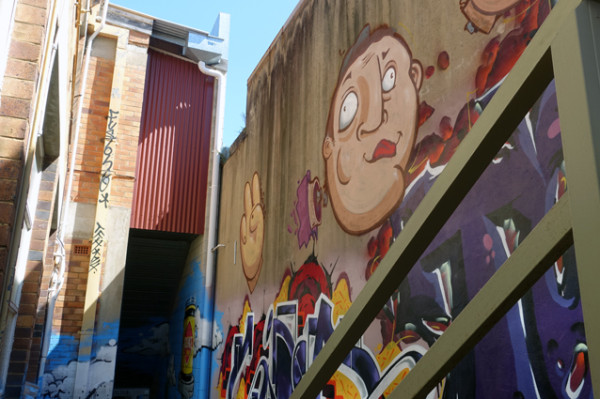 Others will require you to download the First Coat app. to your phone so that you can locate them. 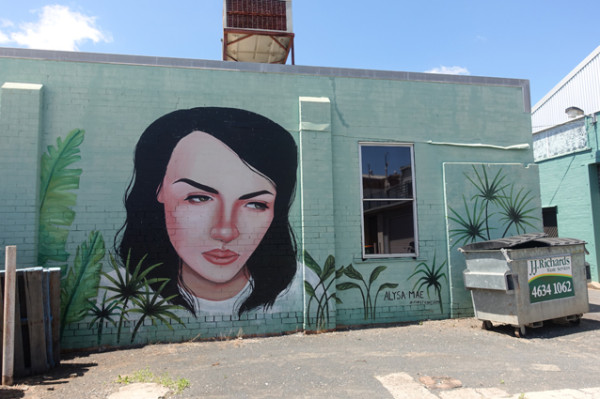 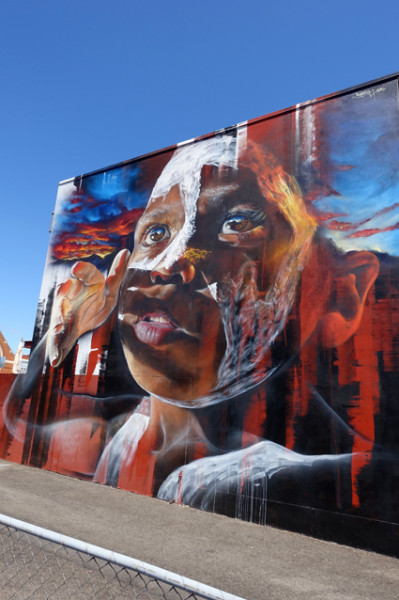 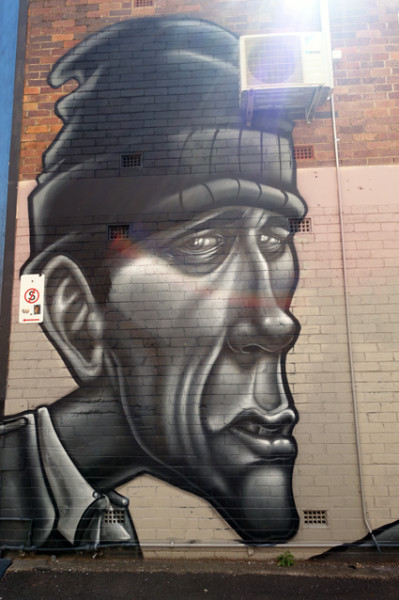 Portraiture is particularly well handled across a number of these artworks. Influenced by renaissance painters like Caravaggio, Melbourne artist Adnate delivers a beauty on Neil Street, though there are plenty of others for you to seek out and discover for yourself... 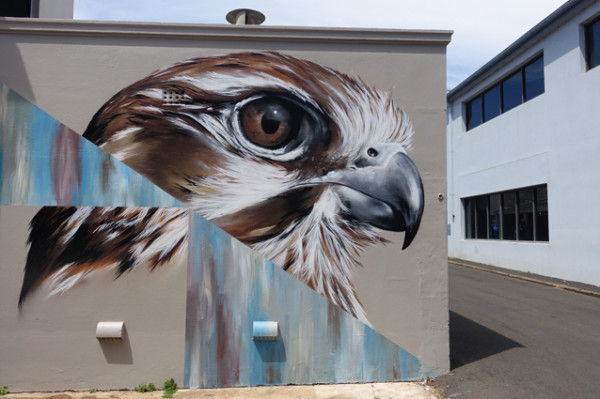 And nestled amongst all the animal pieces – like David Houghton’s photo-realistic feathered friend on Jessie Street – you’ll find some politics too. 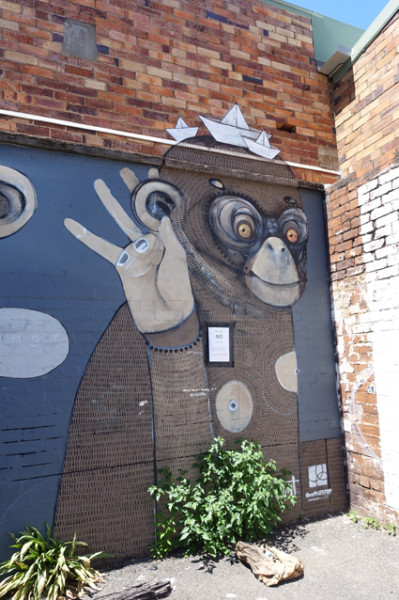 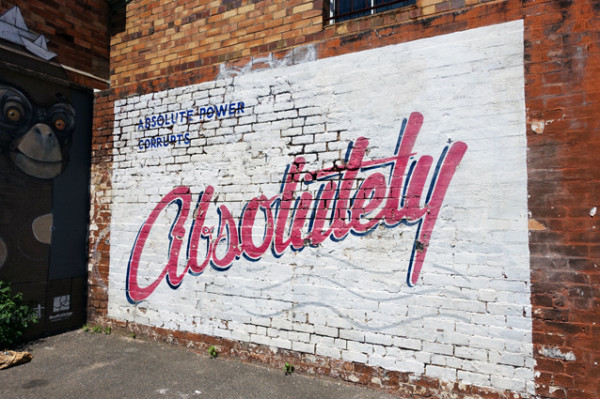 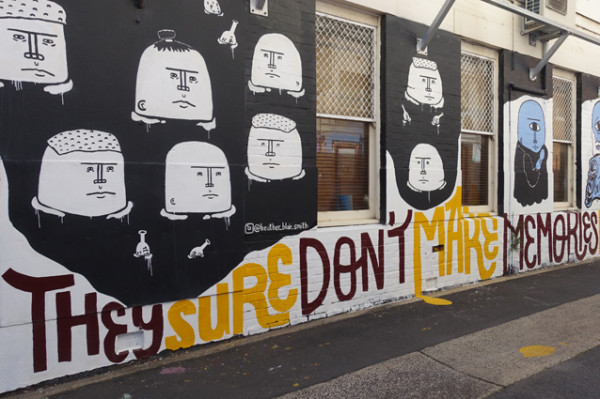 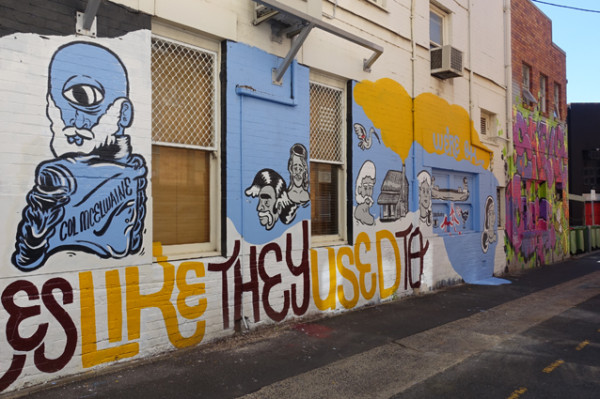 With the mural's timing, perhaps it is a nod to the findings of the 2014 Royal Commission into Institutional Responses into Child Sexual Abuse. The hearing uncovered that Toowoomba's Catholic Church was complicit in allowing 44 counts of child sexual abuse to occur at a local primary school, waiting 14 months to even tell the police. 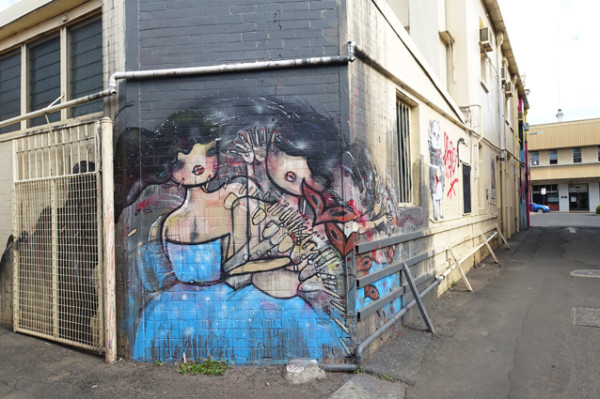 Female artists, including the talented Elana Mullaly, are well represented across this influx of public art. 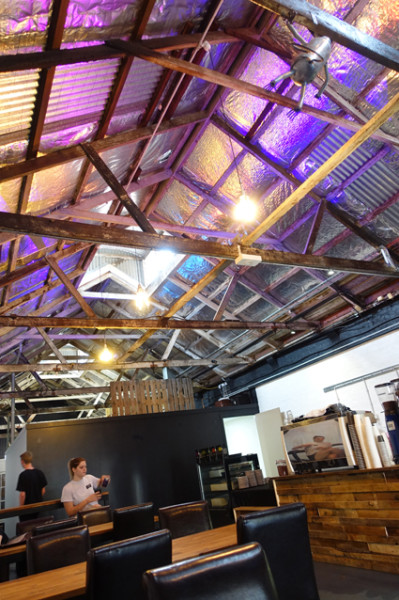 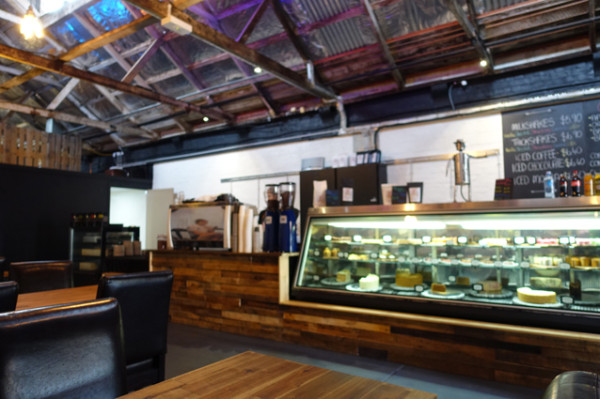 You’ll find her hyper-realistic girls dancing away on Club Lane, along with some trendy new eats including a dessert bar called The 3rd Monkey, and the town’s best (and only) rendang at Skewers. 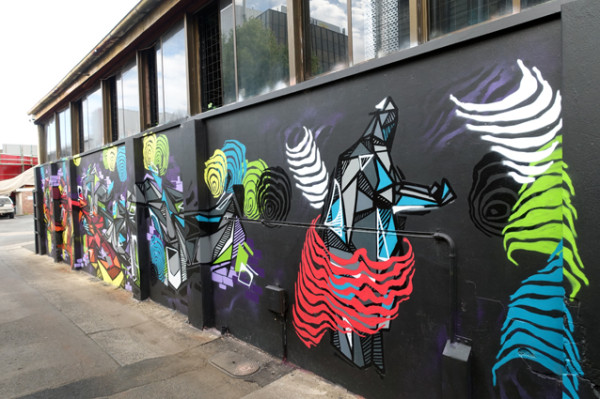 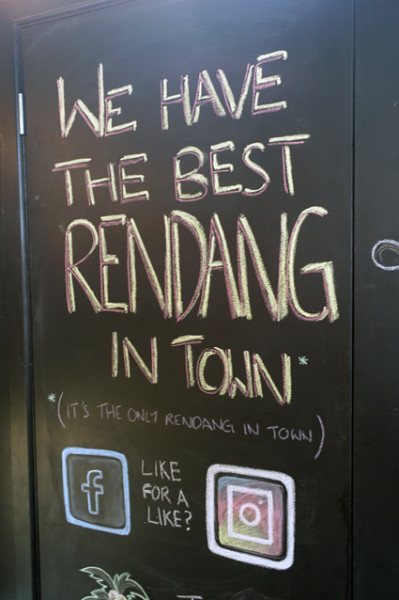 By getting the town interested in revitalising its back streets and laneways, it seems Toowoomba has also created demand for the Melbourne-style laneway drinking and dining culture that goes with them hand-in-hand. 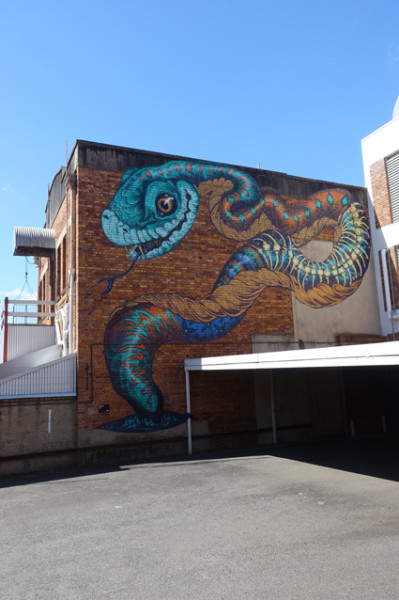 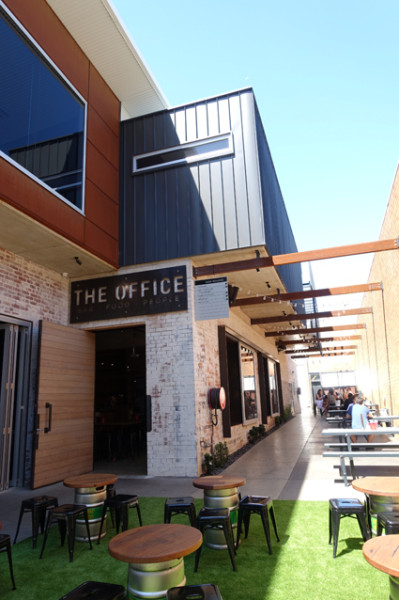 All this walking is hot and thirsty work; so if you’re taking in Cinzah 'Seekayem' Merkens’ beautiful 2015 snake mural on Lamb Lane, consider a pit stop at The Office in nearby Duggan Street. Two young Toowoomba businessmen - Kenneth Wagner and Michael Hay - opened this two-storey warehouse bar around this time last year. 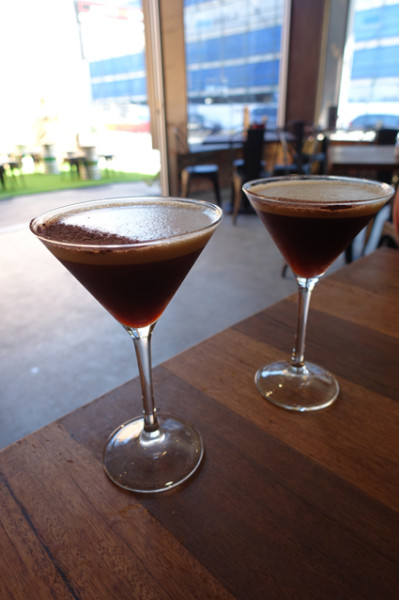 It’s a great place to reenergise with an Espresso Martini ($15) – this year’s ubiquitous find-it-everywhere cocktail – made here with Kahlua, vodka, espresso and sugar. 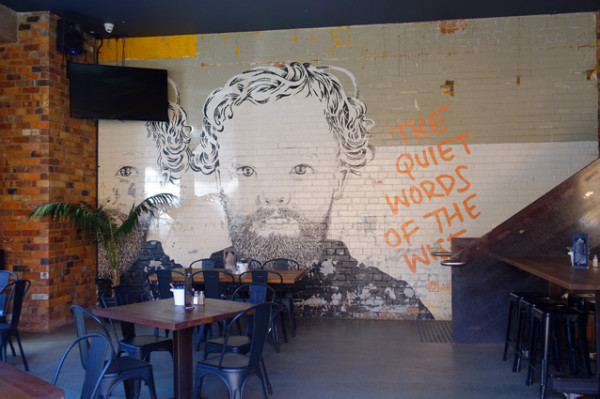 You can either pull up a stool next to a beer keg table on the Astroturf, or if the sun is kicking, head indoors where you’ll find another cool mural by Fuzeillear. 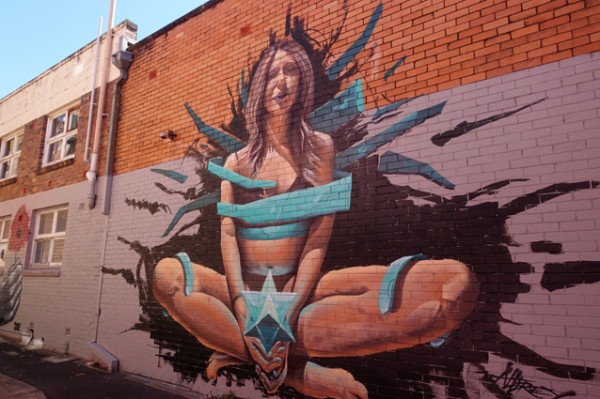 Yes, Toowoomba is full of surprises!