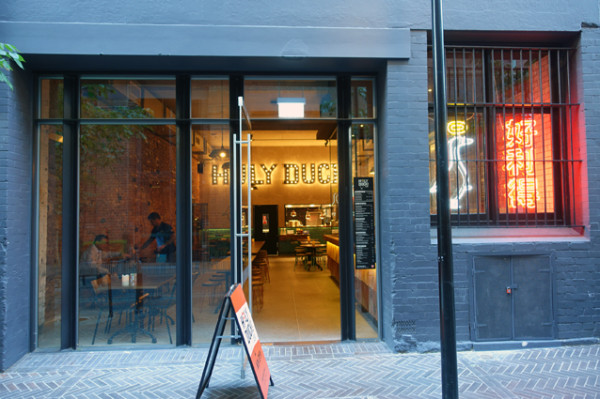 Around the corner from the popular hawker-style outlets of Spice Alley, Holy Duck! is the latest new entry for Chippendale’s eat street. 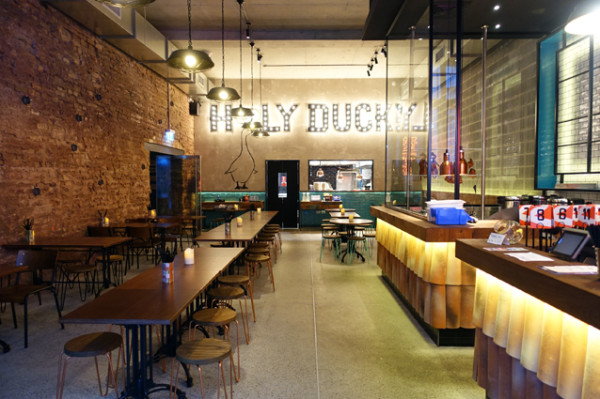 It’s a modern, stylish space with a chop shop up front, and a kitchen in the rear. 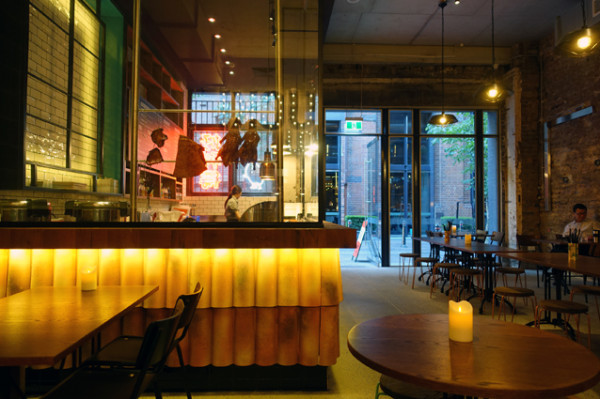 It’s lit by having its name - Holy Duck! - in lights, and some fake candles I’m a bit less enamoured with; probably because I’m old enough to remember real candles before the fun police came to town. 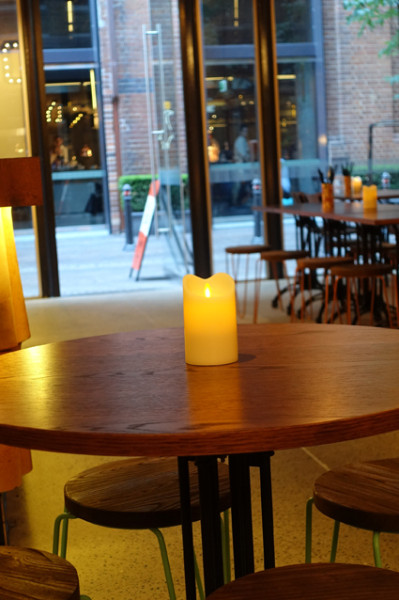 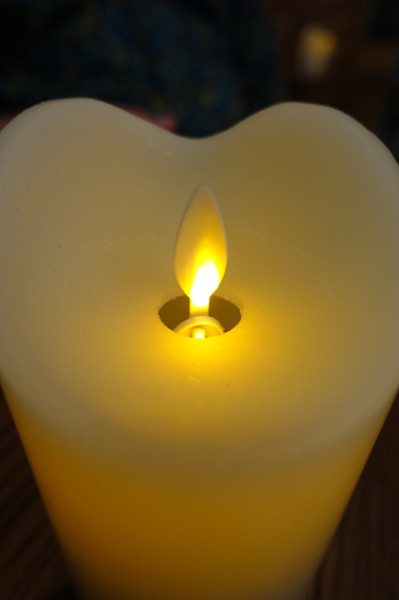 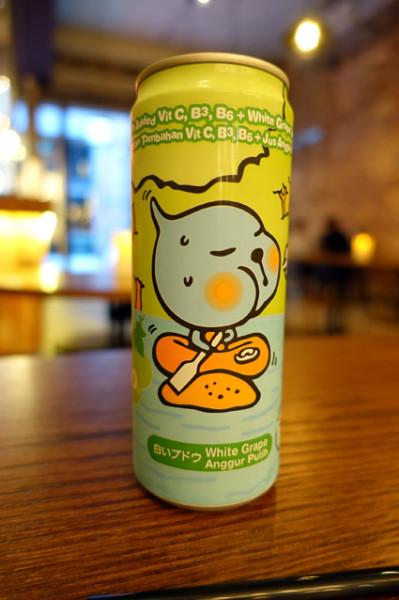 Despite the upmarket setting, the menu is an unusual hybrid of Aussie takeaway shop and modern Chinese, taking on everything from sliced whole duck to burgers, to hand-held items you can buy and eat on the run. 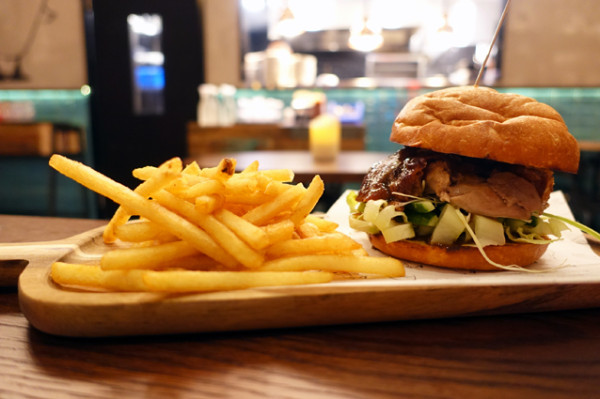 While the What the Duck! Burger ($16) is hard to go past, what with a branded bun holding all the same contents as a traditional duck pancake sitting alongside a handful of compelling duck-salt, shoestring fries, the chop shop commands attention. 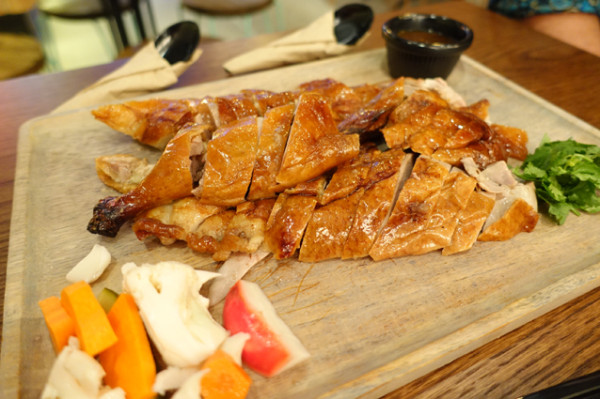 I settle on a tray of Roast Holy Duck! ($24/half) and throw in some Mandarin Pancakes ($8) to eat it with. It arrives on a board, gleaming but stone cold, with pickles and a small pot of their signature duck sauce. The duck is flavoursome but fatty, and with only a Qoo White Grape Juice ($3.50) to cut against it (they’re strangely not serving alcohol), I’m not loving it quite as much as I wanted to. 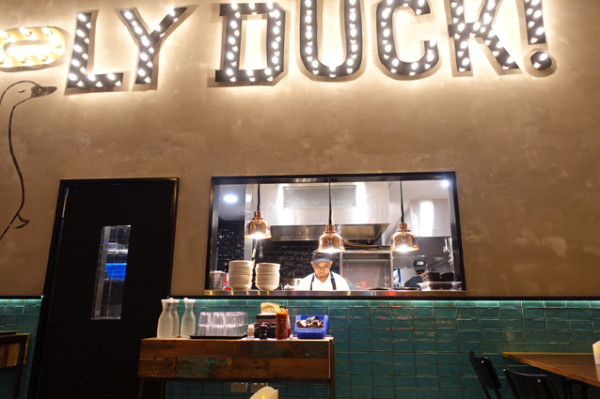 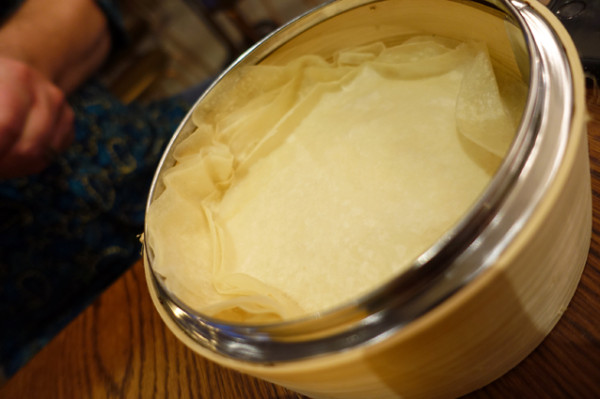 Throw in that the signature sauce is a thin, dripping-everywhere disappointment, and my pancakes repeatedly tear, and I’m thinking this Chefs Gallery offshoot may have to lift their bird game. After all, they're not located very far from BBQ King – every confirmed duck lover’s Mecca – who are themselves back on the scene with fancier surrounds. 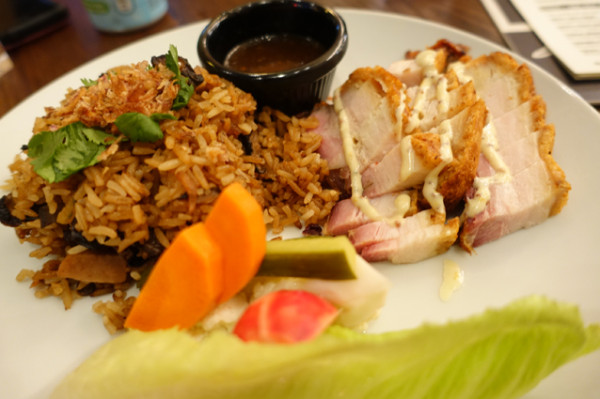 The largest part of the Holy Duck! menu is made up of roast and BBQ rice bowls, which are basically whole meals, served on plates. Yeah, I'm confused too. Semantics aside, the Crispy Crackling Roast Pork Belly Bowl ($16) positions moist slices of well-rendered crumbed pig, drizzled with Pommery French whole-grain mustard, next to pickles and a mound of rice. 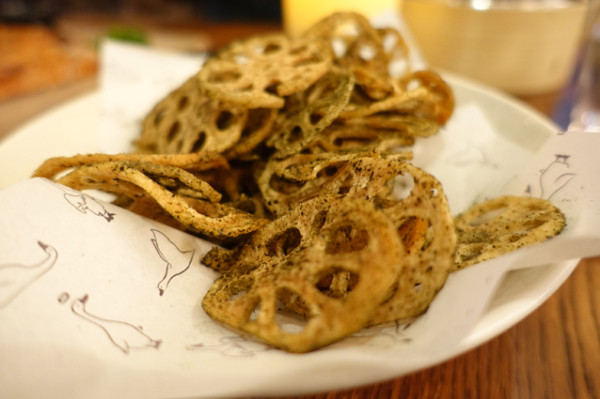 Pay the two bucks extra for the more interesting taro rice version, and it makes for an enjoyable and well-rounded single-dish eat that I could see myself coming back for at the end of a big night.