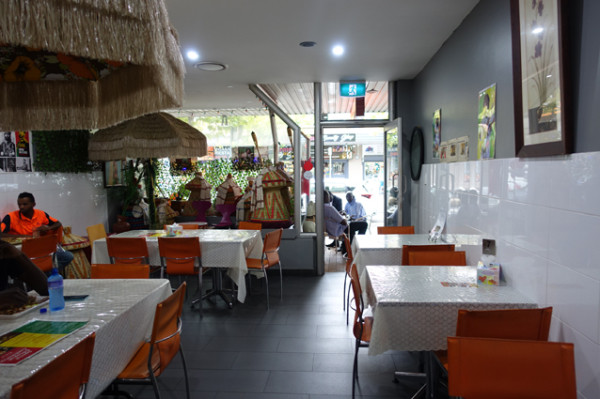 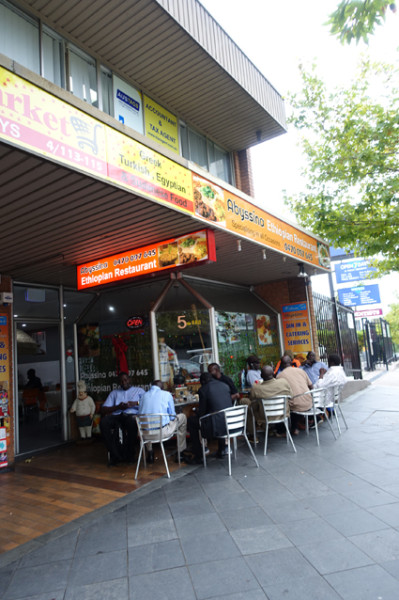 After trying injera – a tangy, soft Ethiopian flatbread – at a Sydney Festival show called Home Country that took place in Blacktown’s Colo Lane carpark, I was determined to hunt down some more. The suburb is actually home to two Ethiopian restaurants that sit just a door apart on the suburb’s main drag; appropriately named: Main Street. They form an informal community hub for the Ethiopian community, many of whom can be seen enjoying food, conversation and Sydney’s ridiculously warm weather on busy outdoor tables. While both restaurants have intriguing menus, I invited four friends to join me for an Ethiopian feast at Abyssina. 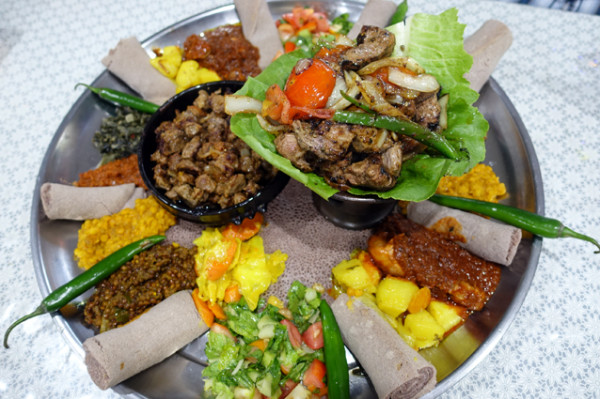 We ordered the Special Ethiopian Traditional Combination ($120), which provided a complete, well-balanced meal with dessert and coffee for five people. We quickly discovered that most delightful part of our Ethiopian meal was eating it with our right hands – wrapped in that delicious sourdough bread - from a communal platter of food. 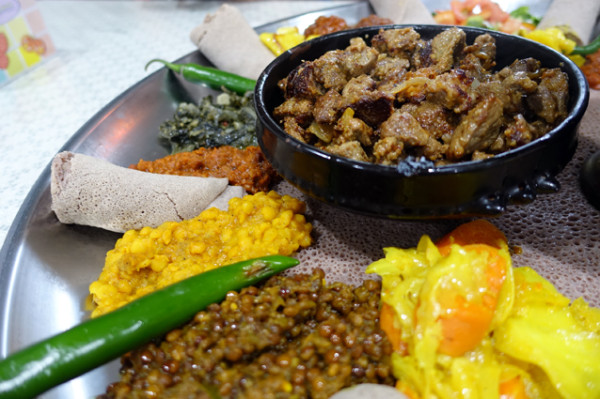 Ethiopian food is usually served as thick stews (wat) on top of injera, a fermented, pancake-like bread made from teff. Teff is a kind of ancient grain, that’s a wheat alternative and thus is gluten-free. It provides a tasty foil to the more richly flavoured stews like Siga Wot ($15.00). This appears on our platter as a generously proportioned bowl of lean beef stew flavoured with a typical Ethiopian spice blend called berbere. The spice mix includes chillies, garlic, ginger, basil, nigella and fenugreek, along with a few Ethiopian ingredients: rue (a bitter leafy green), ajwain (a seed that looks like caraway seeds and adds bitterness), and radhuni (similar to celery seed). We watched another table transfer the contents of this dish onto the platter’s bed of injera, and followed suit, scooping up the diced meat and onions with torn off strips of bread flavoured with the stew's juices. 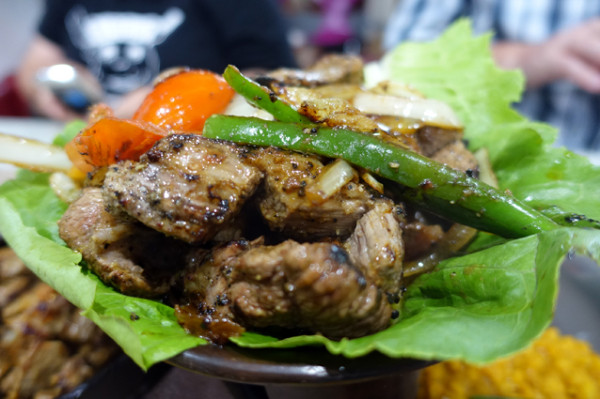 Our platter's second bowl contained tender hunks of lamb – Tibs ($15) - that were tender and delicious, if a bit hard to tear apart with bread covered fingers.They’re treated quite simply with onions, garlic, capsicum and tomato with a hint of rosemary. 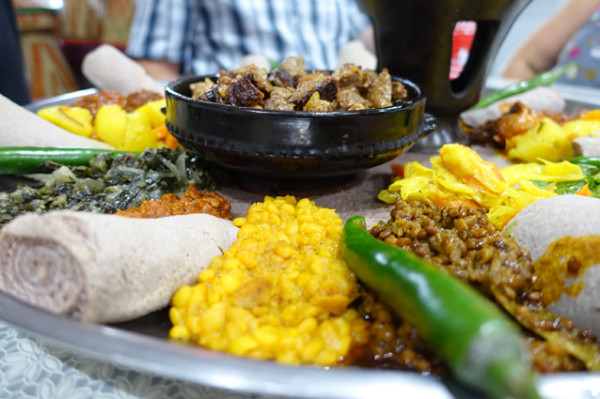 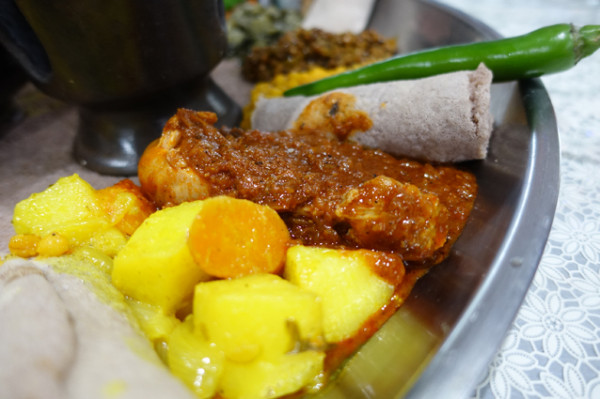 The rest of the platter’s colourful bounty is mostly vegetable dishes, running from fresh salad to spicy red lentils (misir wot) that use the same berbere spice blend as the bowl of beef stew. The same spices are reinterpreted again in Doro Wot ($15.00) a chicken and hard-boiled egg stew that’s rich and lightly spicy. Break up the proteins with a mouthful of gomen – greens cooked in a spiced butter blend – or some of the cabbage pickle or carrots and potatoes, all turned yellow with turmeric. 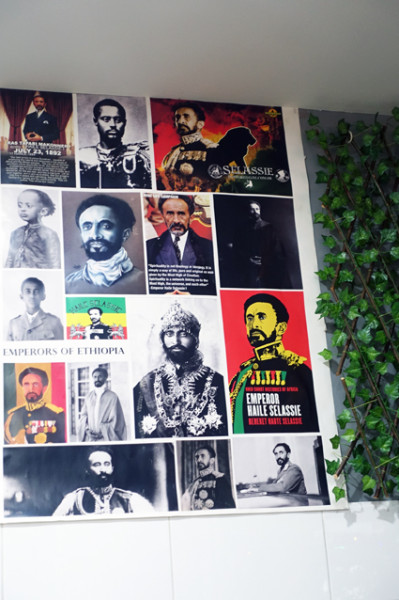 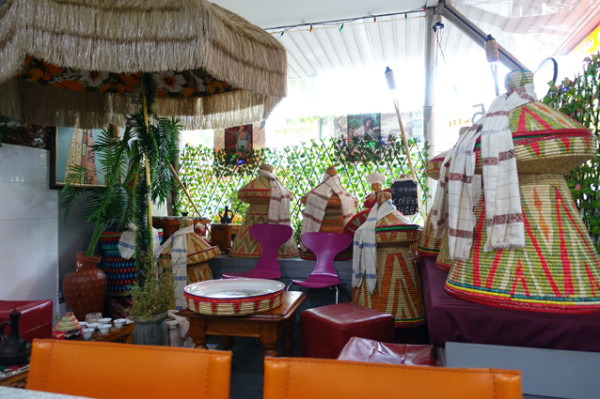 On the walls you’ll find they pay homage to Ethiopian emperors, including their most famous emperor, Haile Selassie (1930-1974). Selassie is credited as saying: “Throughout history, it has been the inaction of those who could have acted; the indifference of those who should have known better; the silence of the voice of justice when it mattered most; that has made it possible for evil to triumph.” No better place to ponder being a bystander to the darkness of Australia's current Government than over a pot of Ethiopian coffee – jebena buna – served in a separate section of the clean, no-frills dining room. We gather inside a ring of mesob - round, woven wicker baskets that fit the sharing platters (gebeta) perfectly. They’re decorated with bright colours and bold geometric patterns, and have lids that keep the flies out. 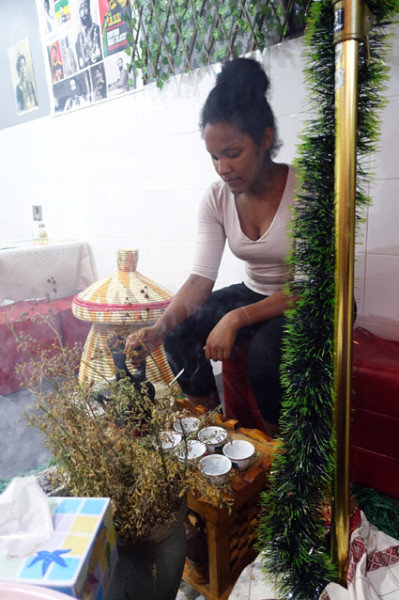 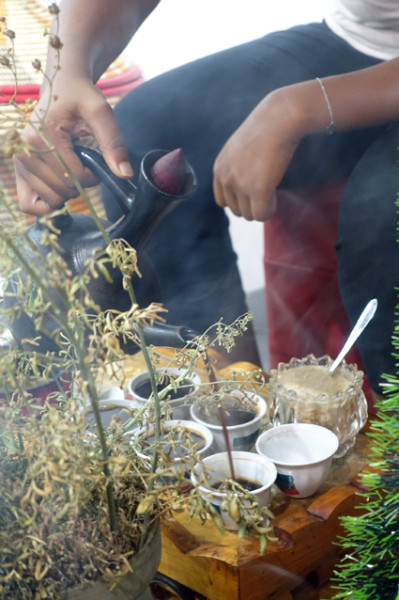 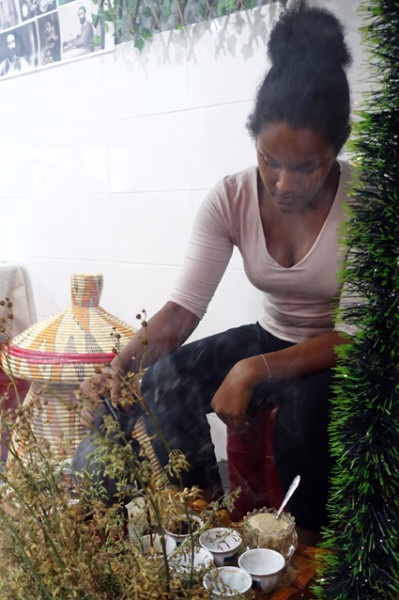 Our host takes the time to bring out the beans he’s roasting and their heady smell fills the restaurant. He explains the green coffee beans have first been washed, then roasted, and later coarsely ground with a mortar and pestle before being mixed in a brown earthenware pot called a jebena. The resulting brew is smooth, earthy and delicious. 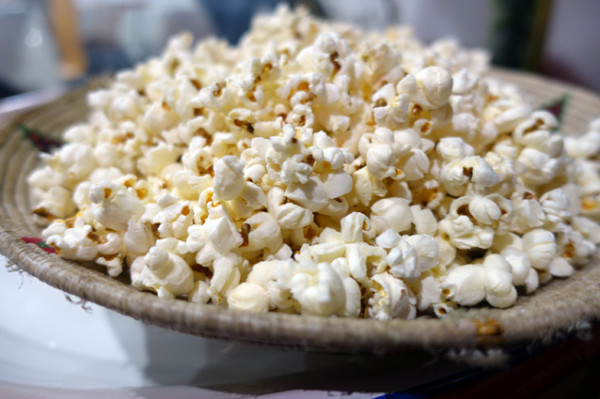 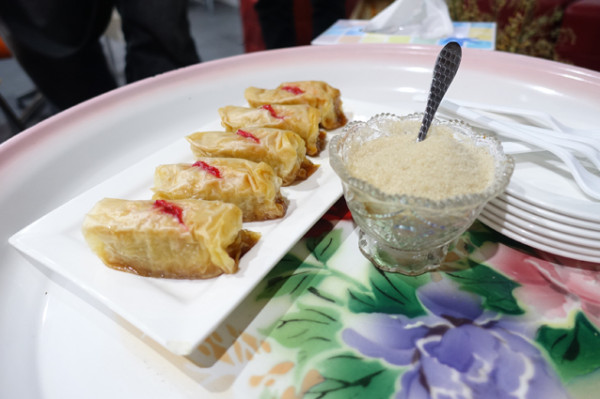 It is served piping hot in a small cup without handles, usually with popcorn. We also get a baklava like sweet that assuages our Western need for sweetness at the end of a meal. 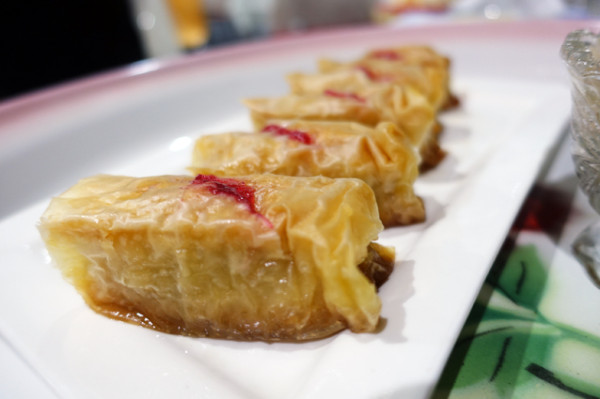