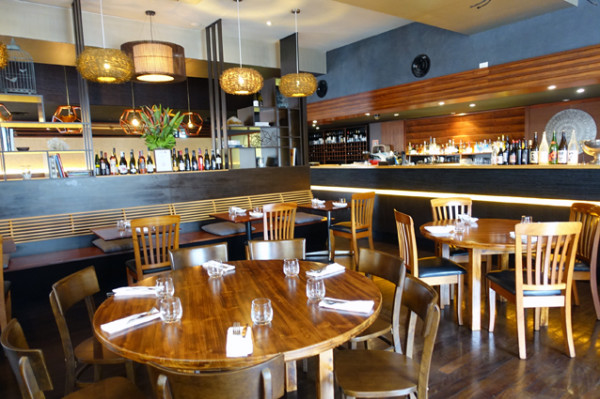 Hiroyuki Sakai, or Iron Chef French on the Japanese television show, Iron Chef, was always my favourite. There’s something about the French and Japanese culinary traditions that meld together well, particularly when we’re talking about the juncture between Japanese and French ‘nouvelle’ cuisine; as both emphasise produce-centred cooking with good clarity of flavour and beautiful plating. 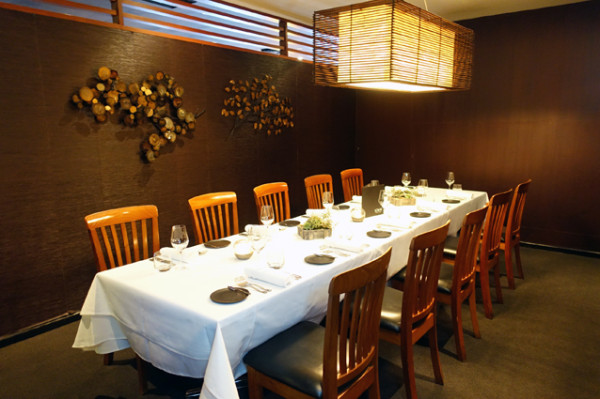 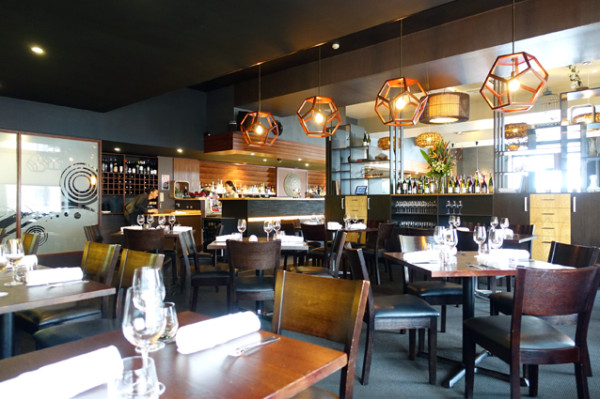 At S’Age Bistronomy, Chef Tomoyuki Usui draws upon this similarity, plucking the best parts of French and Japanese cooking to come up with his own unique menu. With global cooking experience that includes time at Astrance in Paris, France, and Sub Zero in Yokohama, Japan, Usui has returned to the site of his former employer (Waqu) to establish his own cuisine, which also weaves in native Australian ingredients. 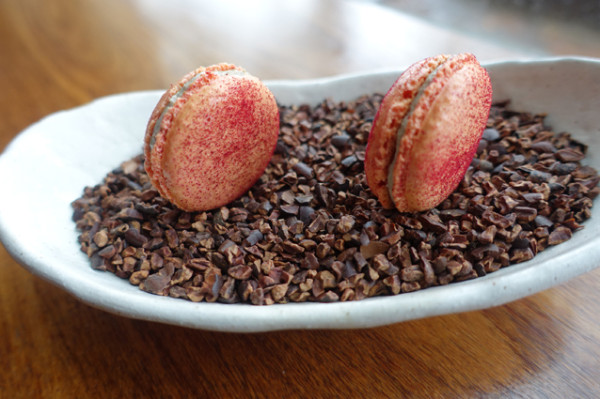 The Duck Liver, Beetroot Macaron ($3/each) is a good place to begin. Despite looking every part the sweet treat, these texturally perfect macarons start with a big burst of rich, savoury duck liver, that fills the mouth then peters away to a semi-sweet finish. 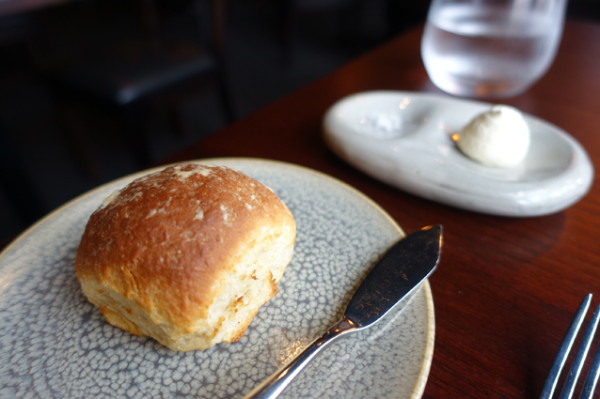 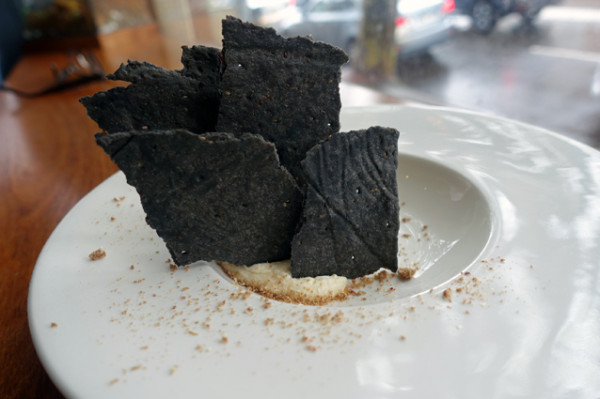 Texture is also a highlight in the Smoked Cod Cream ($13) presented with sails of squid ink lavosh so perfect, they edge out all others I’ve tried. With a nod to salt cod brandade, the cod cream, dusted with a powder made from yuzu, is also a winner spread on the house-made brioche-style roll you’re given to accompany your dinner. 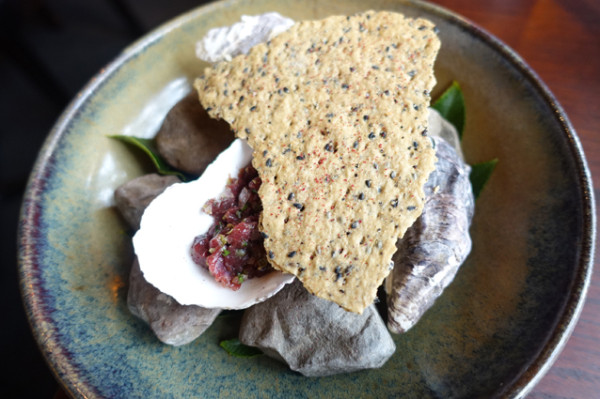 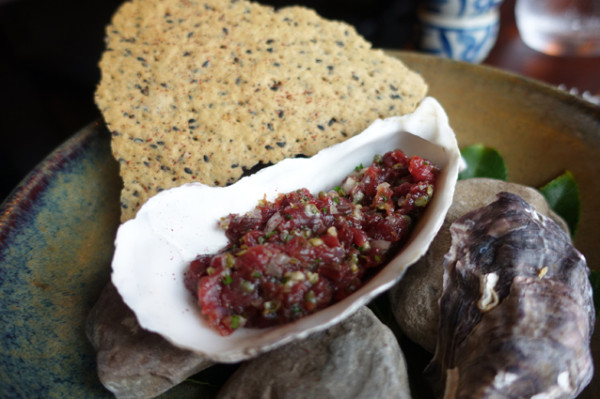 A beautifully presented oyster shell bearing Smoked Oyster and Kangaroo Tartare ($17) peeks out from under another house-made cracker gem – this time the flavouring is wattleseed. Using a clever interplay of cuisines, the smoked oyster and Japanese flavours neatly cancel out the iron-rich intensity of kangaroo tartare. 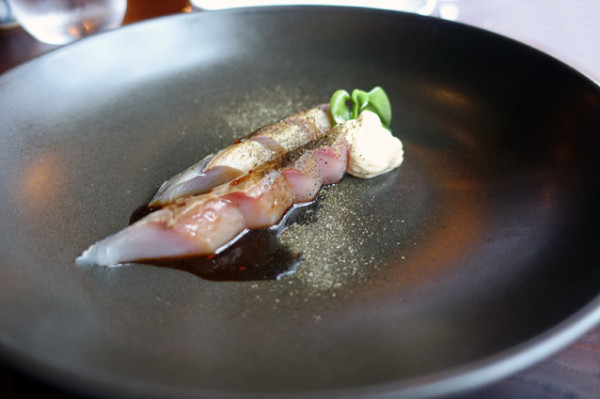 Bonito Sashimi ($16) builds upon this success with smoked raspberry soy dancing against a black garlic cream. Somehow the two sauces leave a hole for the fish but reduce the strong intensity that sometimes makes bonito unappealing to diners. Good interplay between the kitchen and front of house, led by the talented Gloria Gonzales (ex-Element Bistro), sees us enjoying these dishes with two tokkuri, each bearing a different sake. With the bonito dish, the Jyuohkura by Kowa ($15/180ml) drinks best, while with the kangaroo tartare, the Senchu Hassaku by Tsukasabotan ($12/180ml) proves the most enjoyable. 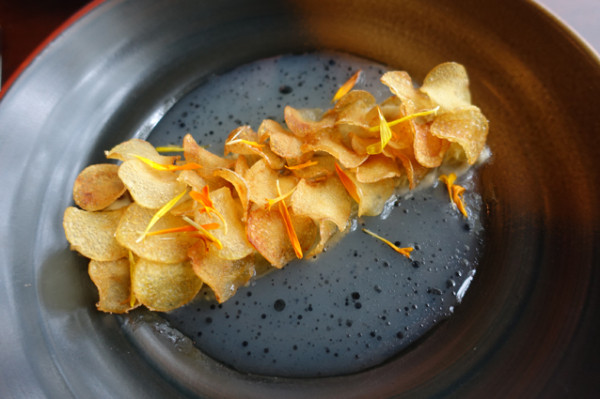 Gonzales moves us onto wine with the Eggplant ($16) – a dish that’s rapidly becoming a signature for S’Age Bistronomy. Lined with kipfler potato scales, the log of roasted eggplant and cauliflower puree sits in a clear tomato broth. The clever addition of dashi acts as a bridge to make the seemingly disparate flavours meld. The dish pulls the acidity out of our wine too; suddenly making the 2015 Tenuta Carretta Cayega Arneis ($13/glass) a more likeable and integrated blend of spice, nashi pear and minerality. 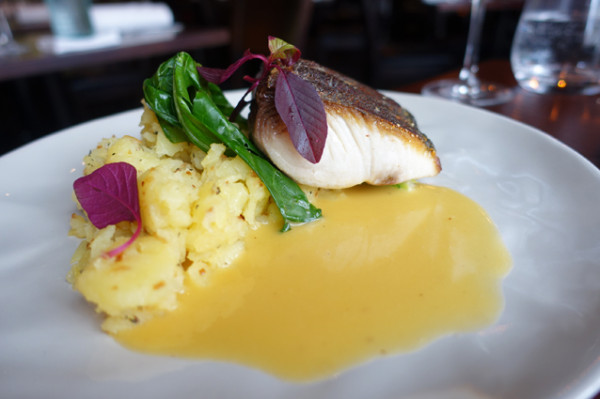 We finish on the Roasted Market Fish ($32) - a Coffs Harbour swordfish - presented with pretty much all you need, between the mound of seasoned crushed potato, greens, and the pretty umeshu emulsion. 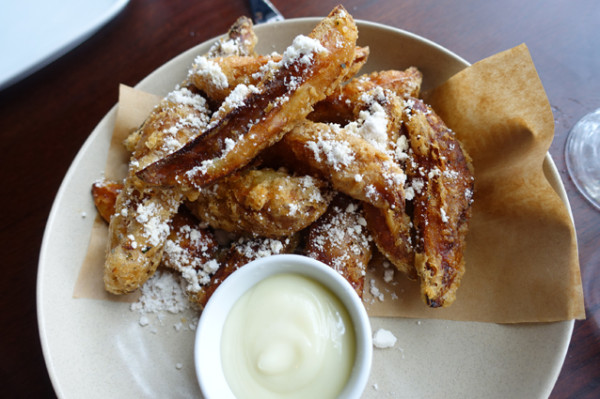 With some nudging we also order Thrice Cooked Potatoes ($10), a ridiculously decadent excess of the crunchiest, fluffiest potato wedges you can imagine (think: blistered tempura) dusted in burnt butter powder and served with aioli. If they weren’t so delicious I’d call them a bridge too far, but I can’t. 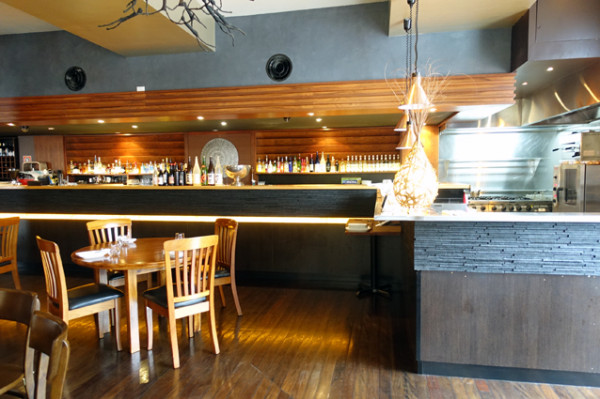 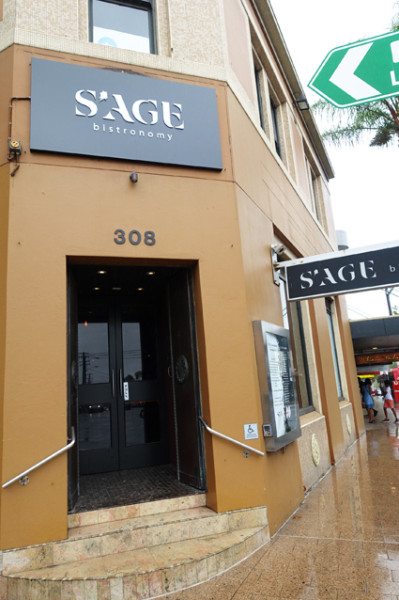 All I can say is that uniting Japanese umami and the French love of butter was a stroke of genius. More please!