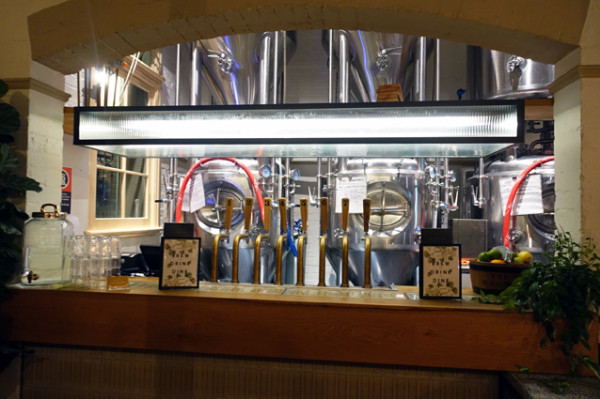 Gypsy brewers no longer, Endeavour Vintage Beer company now has permanent digs in The Rocks. The Endeavour Tap Rooms have taken over the space formerly occupied by Wine Odyssey, and cleverly, alongside the beer range, they’ve continued to give drinkers the option to drink NSW wines with a smart list. 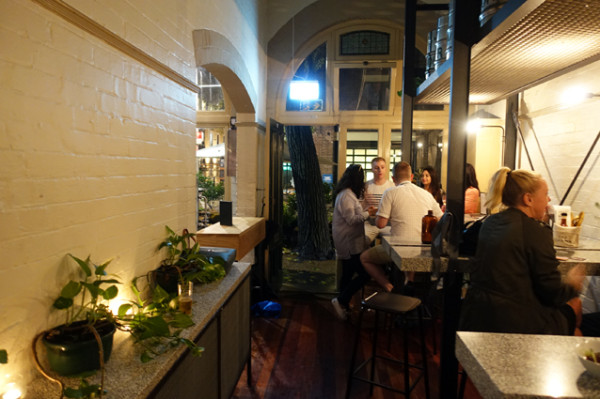 The stylishly understated venue is owned and operated by Ben Carroll and Hamish Watts of Applejack Hospitality. You’d know their work from venues like The Butler, The Botanist and Della Hyde. Beer brewers Ben Kooyman and Dan Hasting from Endeavour Vintage Beer Company also own a share of this business, which is separated into brewery, restaurant and bar. I popped into the recently opened bar side of the business for a gander at their shiny silver brewing machinery, and a beer of course! 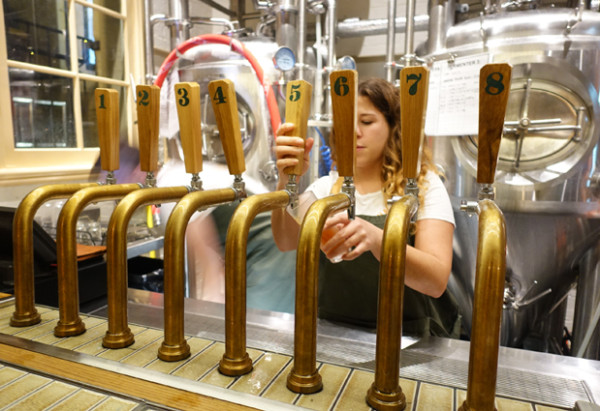 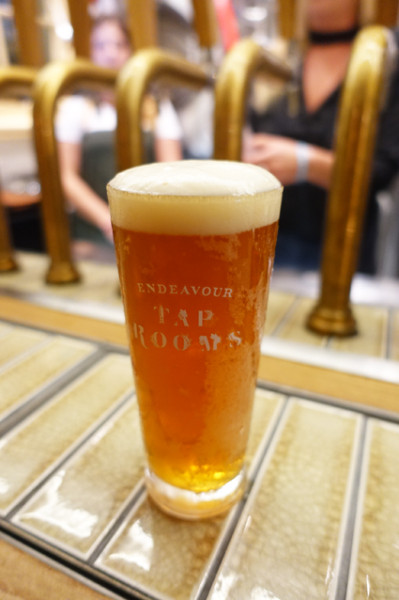 The Growers Golden Ale ($7/middy) is sweet and malty, with enough citrus, spice and bitterness to round it into a smooth, likeable and quaffable beer. As this was just a short visit, I’ve earmarked road-testing the rest of their eight-tap beer range for a return visit. 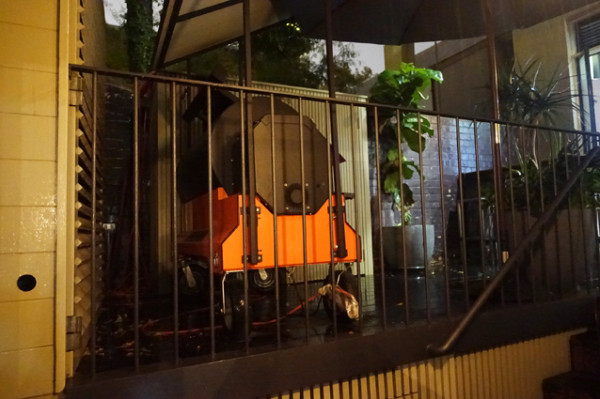 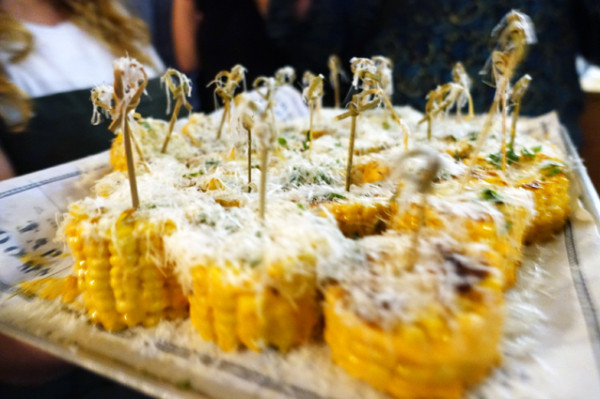 Spying a matt black Yoder smoker on the back porch, sitting on an orange competition cart (designed for meat smokers who like to travel and compete) made me pretty excited about their menu. 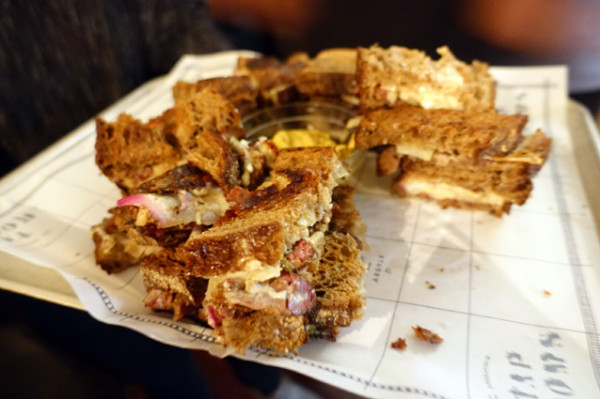 They’re smoking everything from 6-hour chicken wings to 8-hour brisket, presented in a very delicious Brisket Sandwich ($20) with pepper jack cheese and fennel on toasted Sonoma sourdough. Charred Corn on the Cob ($5) with miso mayo. and a dusting of Parmesan cheese is another winner from a menu that's really well-geared as beer drinking cuisine. So keep your eyes peeled for them doing beer-matching menus - it's bound to happen! 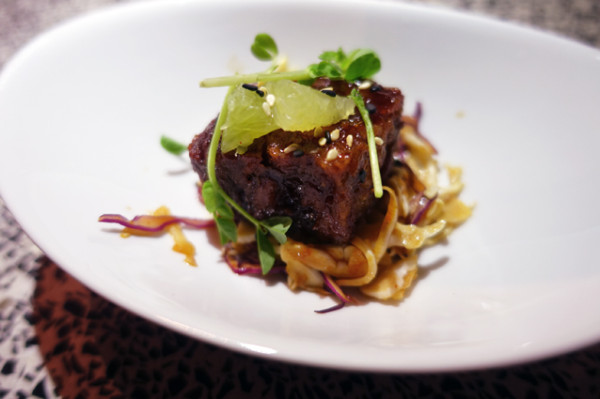 This pared down version of the Crispy Pork Hock ($16) with black vinegar and lime, presented on crisp 'slaw, was flavoursome and well-balanced. The pig in question is Borrowdale free-range, Australian pork from the Darling Downs region in Queensland.

After trying a small sample of their menu with The Rocks area's management crew from Property NSW and the Cardinal Spin team, I'll definitely be heading back in for dinner to give it a proper review.