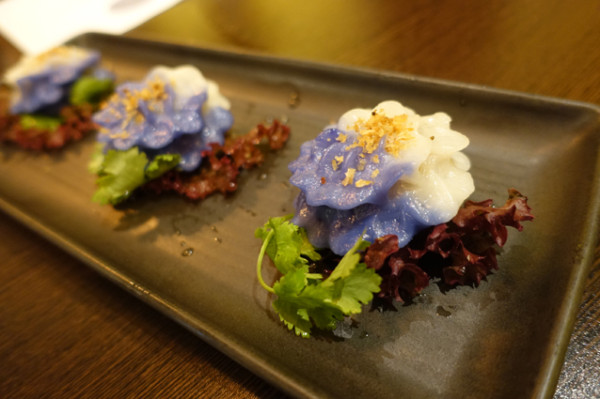 A change of ownership has seen the space formerly occupied by Sailors Thai morph seamlessly into Wild Ginger Dining + Bar. This new restaurant continues the longstanding history of Thai cuisine in this historic space, which started back in 1996 with David Thompson and the late Peter Bowyer. The most recent change hasn’t affected the cuisine, which remains in the upper echelon on Sydney’s Thai offerings, largely because the new owners sensibly chose to retain the same Thai chefs.

I recently wound my way down the stairs, twists and turns of this iconic Rocks building, which used to be a home for seamen, to eat in their quiet and serene lower dining room. My meal began rather royally, with Chor Muang ($4/each), steamed chicken dumplings. These beautiful dumplings are delicately plucked into flowers. The purple colouring is courtesy of the anchan flower (also called the butterfly pea flower) and thus totally natural. They have a mild flavour that's mostly coconut cream, coriander seeds and minced chicken, so they're hard not to enjoy. 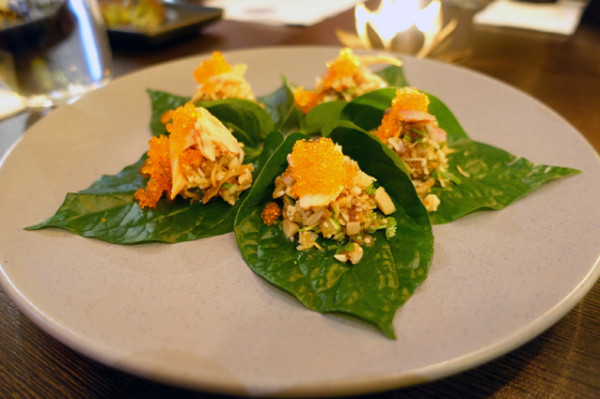 Smoky Snowy Mountain trout kicks the Betel Leaf ($4/each) here up to the next level. The smoky pink fish flakes are combined with peanuts, coconut relish and flying fish roe, wrapped inside very fresh betel leaves, resulting in a one-bite party in your mouth. 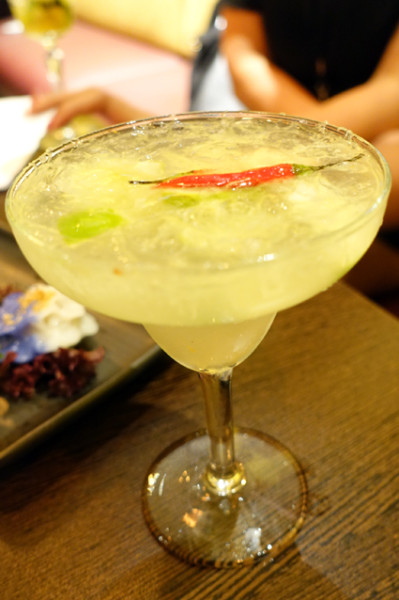 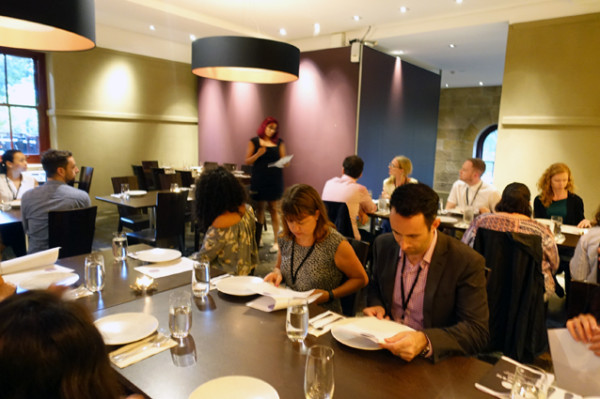 They’re just the ticket to enjoy with a cocktail – and the list here is crafted to suit the cuisine. Even for someone a bit bored with vodka cocktails, Tom Yum on the Rocks ($19) is a lively, likeable blend of vodka, lemongrass, lime, galangal and red Birdseye chillies that have plenty of fire. 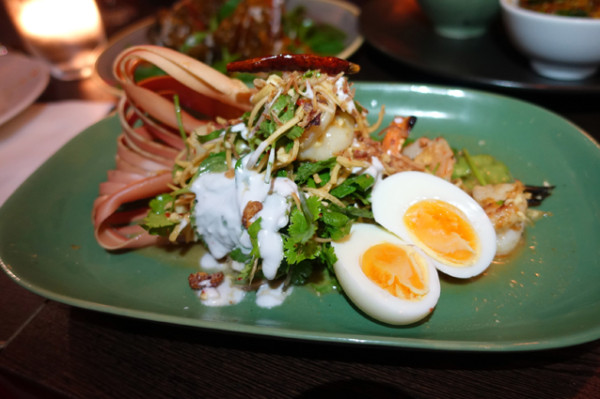 I first fell in love with banana blossom salad, made from the giant red phallic blooms at the tip of bunches of bananas, in the early nineties at a Kings Cross restaurant called Lime & Lemongrass. As this Kellett Street restaurant has long since departed, I’m always on the lookout for a version as good as the ballistically hot, toasty coconut and rose petal scattered one of my memories. The Wild Ginger Banana Blossom Salad ($26) certainly is eye-catching in its own right, arriving on a plate decorated with eggs and the aforementioned bloom. You'll also find it in the salad dressed with grilled scallops, tiger prawns, coconut cream, roasted coconut and fried shallots, tied together with slightly-too-mild chilli jam. 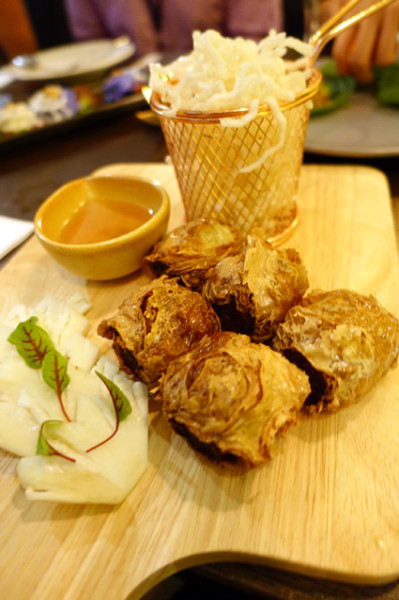 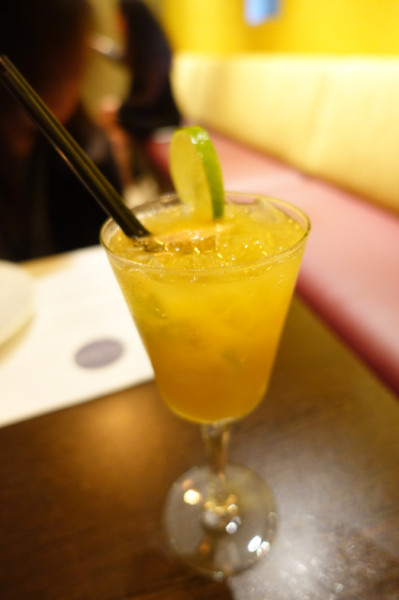 While they’re not quite as pretty, the deep fried tofu sheet-wrapped Crispy Rolls ($4/each) stuffed with crab and chicken are another great drinking food. Try them against the Mango Spice ($19) a cocktail that tames the usually dominant mango puree using lime, ginger and smoky tequila. 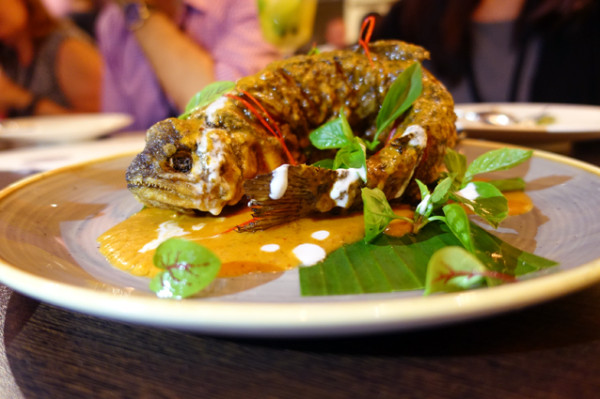 Choo-chee is a likeable home-style Thai red curry sauce. At Wild Ginger they apply it to a whole fish in Choo-Chee Whole Trout ($29). What I liked about this whole fish dish was the size – it’s actually doable for two people if you choose the rest of your meal judiciously.  Coiled as if it were about to leap from the plate, the crisp whole trout is flaky and delicious when dragged through the rich curry gravy.

While Wild Ginger does acknowledge it’s in Australia with ingredients like Australian finger lime and quinoa on the menu, and does make some concessions to the blander tastes of tourists frequenting The Rocks, by and large it’s a very solid Thai offering that’s definitely worth a visit.