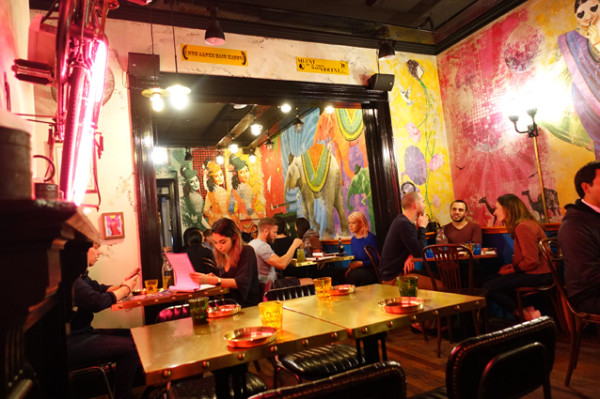 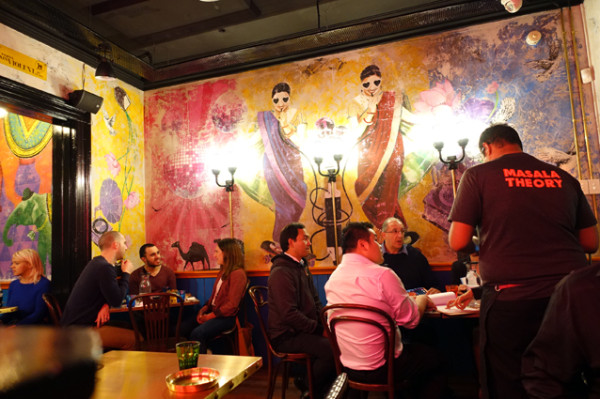 The brightly painted walls are distressed into a finish that looks right at home in hip Surry Hills. Interior designer Alice Pamment has completed the visual spectacle of this place with a dangling collection of neon pushbikes, Indian street signs and shiny tiffin lunchboxes. 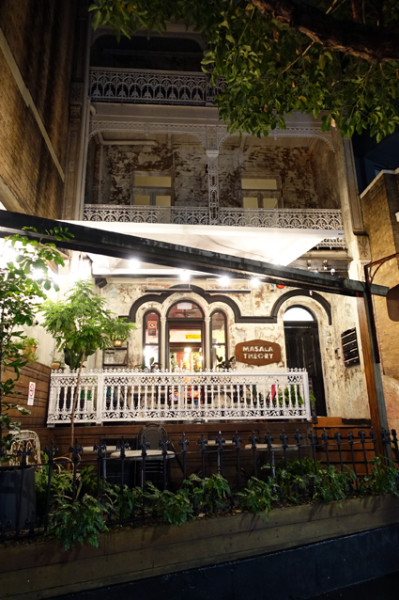 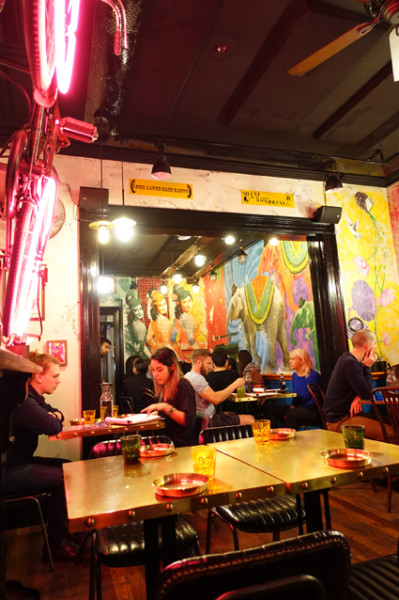 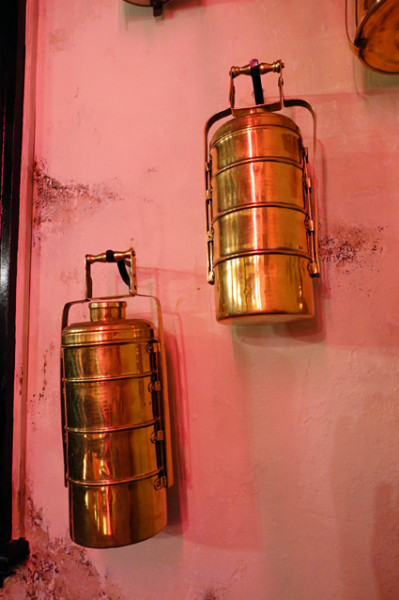 The food at Masala Theory follows the model pioneered in Sydney by restaurants like Indu. They’re rolling out a contemporary Indian menu that's less about the part of India the chef and owner are from, and more about presenting a collection of contemporary takes on dishes plucked from across India. 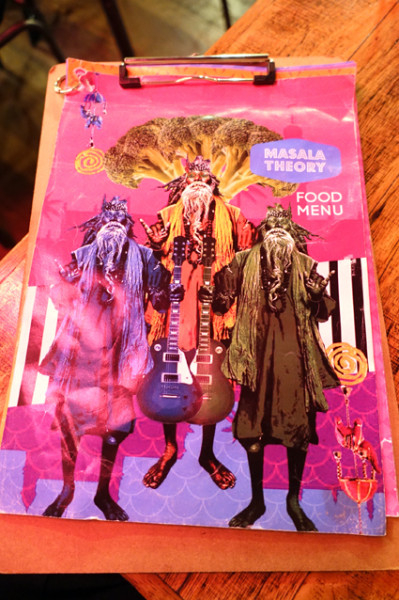 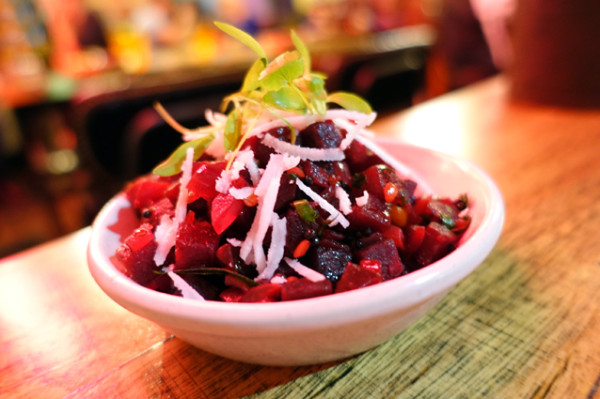 We kick things off with Beetroot Poriyal ($5.90), a diced mix of beetroot, curry leaves and spice with a big hit of mustard seeds. It’s topped with grated coconut, and throws in puffed lentils for hipster value. It’s healthy, homey and works as an appetite stimulant in this context. 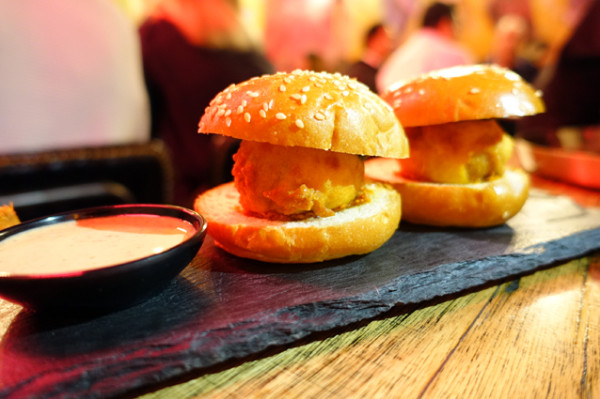 After falling in love with pav (genuine Mumbai street food) at Bombay Street Kitchen in Glebe, I was a bit disappointed with the Wada Pav ($12.90/2) here. The slider-style sesame seed-topped bun distracted from the soft, mildly spiced potato patty and gentle coconut chutney. Hot pickled green chillies provided the only real flavour, and I’m not even sure why the mint chutney was on the slate at all; it’s better employed on the Three Sisters Chat ($14.90). 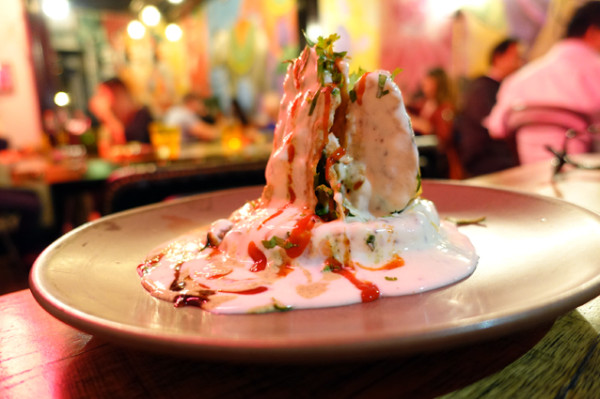 This sculptural masterpiece is created using crisp, battered spinach leaves inserted into a bed of bean and chickpea. It’s all drizzled with sweetened yoghurt, and lashings of date-tamarind and mint chutneys, and is coolly refreshing on a warm day. 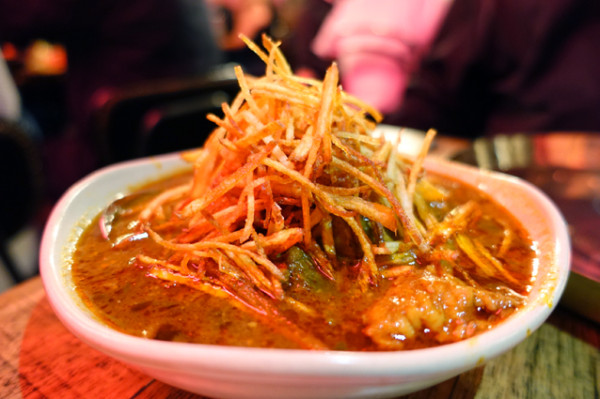 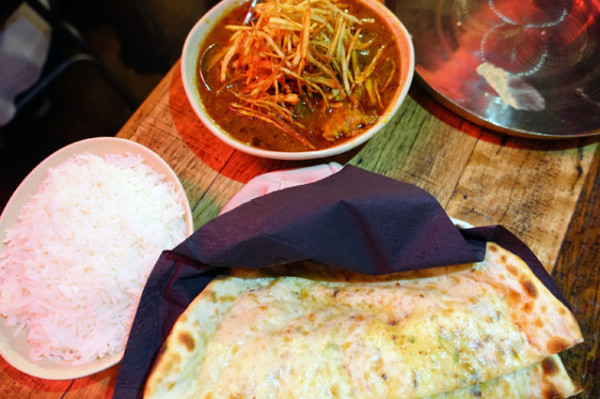 Salli Botti ($26.90) – Chef Rushabh Rupani’s take on goat curry – strikes me as a little thin. It’s cooked in a way that emphasises the tender pieces of goat, but it lacks the richness and intensity that I want from a curry. It’s a shame because I like the flavours, and even enjoy the textural addition of the crisp potato stick topper. Eaten on Steamed Rice ($4.90) it’s overtaken by the sharp, cheesy intensity of a Chilli Cheese Coriander Naan ($6). 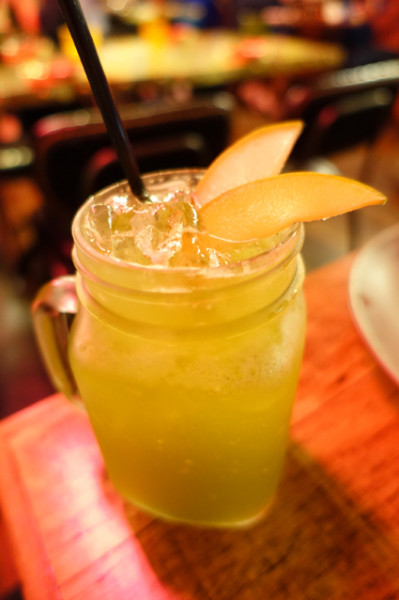 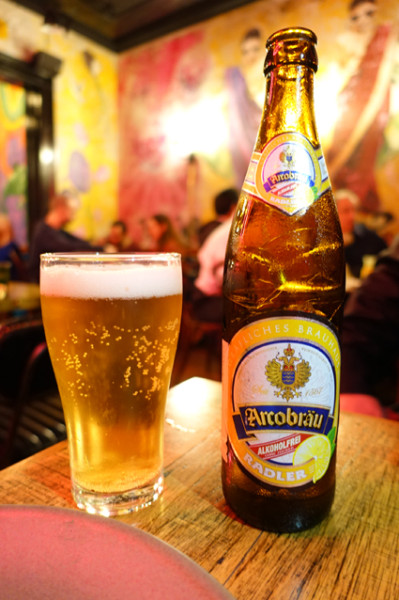 Despite celebrating their two-month birthday on the recent long weekend, the usual Liberal Government bungling bureaucracy means their liquor licence is still in the pipeline. This means you’ll be either bringing your own booze, or trying out their list of non-alcoholic beers. Personally I’d rather be drinking a blend of grain, hops, yeast and water that makes up alcoholic beer, over the chemical shitstorm that’s in non-alcoholic beers like Arcobrau-Radler ($8). Alternatively, they’re making Aam Panna ($9) an intriguing green mango drink with a round, salty mid-palate, which might tickle your fancy. 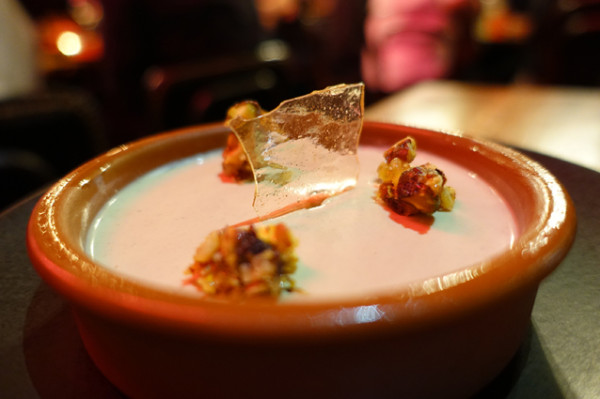 Ending on a Smoked Beetroot and Buttermilk Pannacotta ($13.90) topped with candied nut praline and toffee shards, is a nice reminder of owner Yashpal Erda’s message: Indian food isn’t trapped in a time-warp.