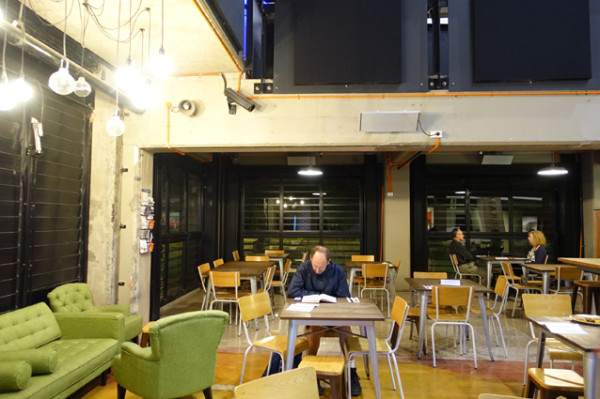 For a date night with a difference, keep your eyes on Casula Powerhouse's website. They're running an interesting program of dinner and movie nights by working in collaboration with Sydney Film Festival and a host of other film festivals. I popped out to the Arts Centre twice in recent weeks to take in two different film events. 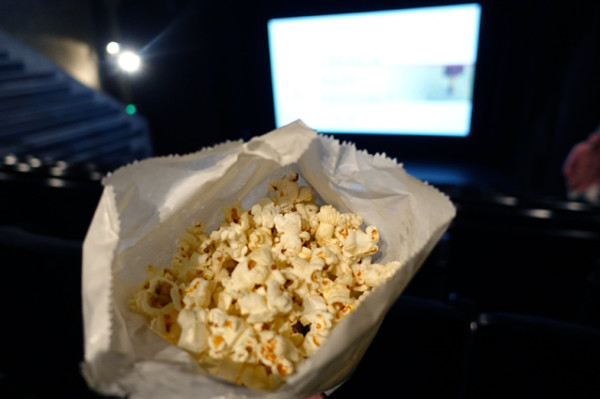 The Salesman (2016) was another gripping, tense drama by acclaimed Iranian director, Asghar Farhadi. It was presented at Casula Powerhouse as a co-production with Sydney Film Festival, who are bringing the best of their world-renowned annual film festival out to the ‘burbs on a monthly basis. A movie ticket will set you back less than twenty-bucks. 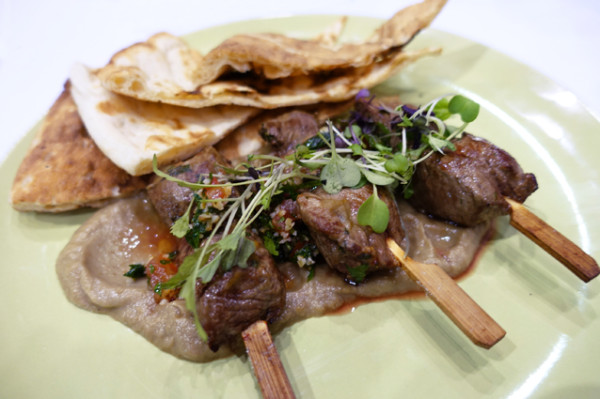 What's even more exciting for a foodie like me is that Bellbird Chef Federico Rekowski comes to the party on these movie nights by creating bespoke film-inspired meals. For The Salesman Rekowski created a short menu of eats inspired by the film's region. We tucked into juicy Lamb Kebab ($15) presented with smoky eggplant dip, bread, tabouli and fresh greens from the Bellbird kitchen garden. 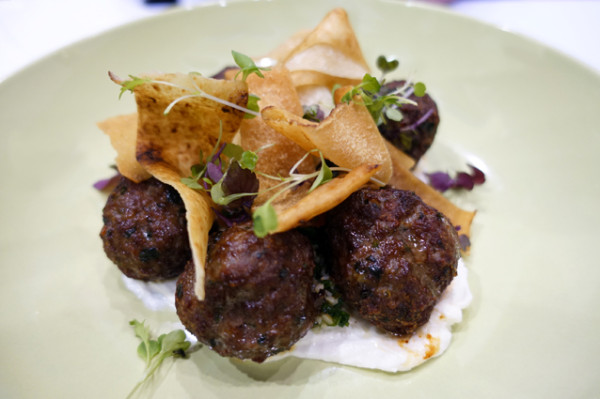 Fried Kofta ($12) were another well-priced meal highlight, arriving on a bed of tangy labneh adorned with crisp Lebanese bread. 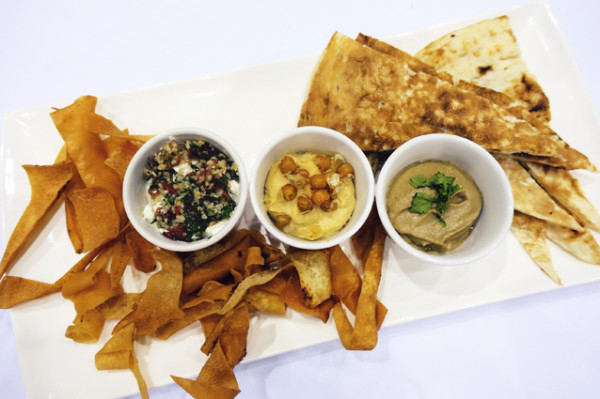 Vegetarians were not forgotten with the aforementioned smoky eggplant dip (baba ganoush), hummus and labneh also available as a generously proportioned Dips Platter ($12). 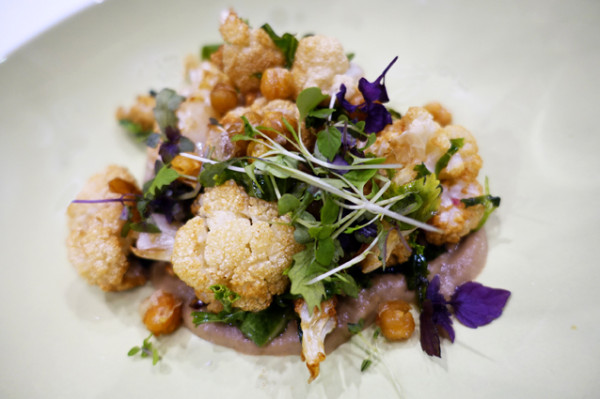 A pretty bouquet of Spiced Fried Cauliflower ($12) rounded out the succinct menu, and won fans at our table that was set almost in the centre of the visually impressive turbine hall. 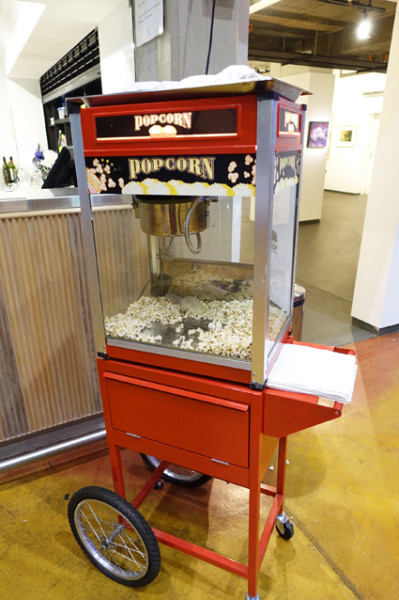 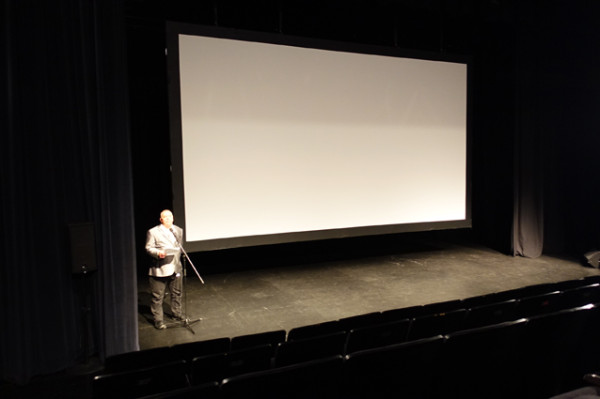 Gathering up our glasses of Eden Road’s 2015 The Long Road Chardonnay ($10/glass) we were ushered into the comfortable theatre with free bags of popcorn, from a quaint red popcorn cart. 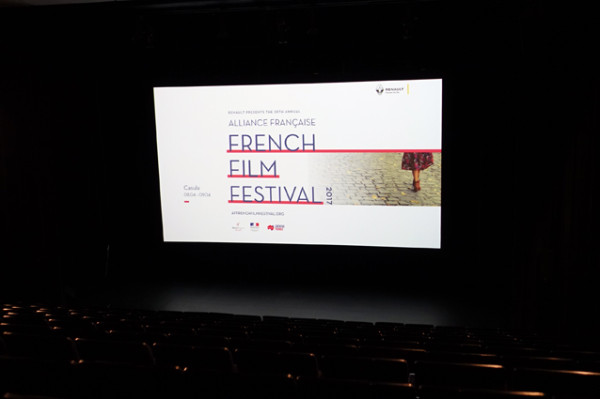 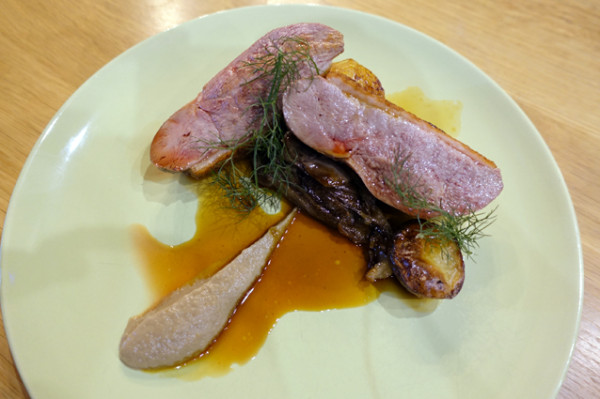 This classic French dish was brought up-to-date by a gentler hand with the citrus. A generous portion of Tinder Creek’s meaty duck breast and a pile of dark meat was coated with a beautiful jus. Caramel, port, bone broth and orange zest helped it stay delicately l’orange. It wasn’t syrupy, it wasn’t over-sweet, and it wasn’t trying to disguise cheap duck. 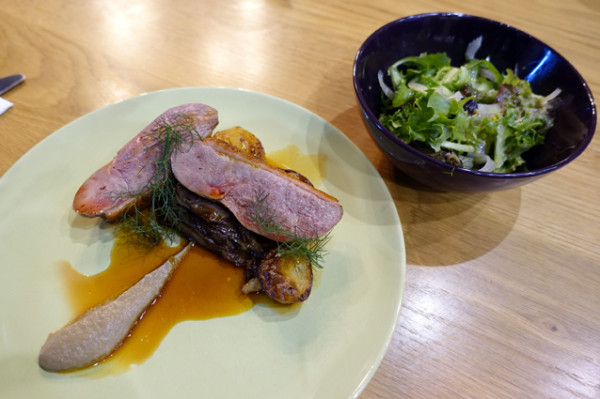 Fennel and mustard were the defining notes from a crisp bowl of accompanying leaves, cleverly designed to cut the richness of the dish. 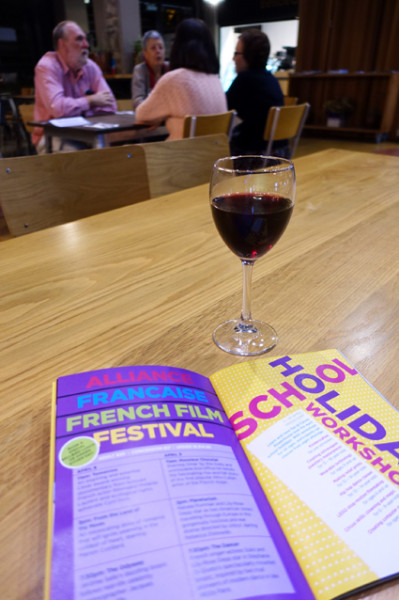 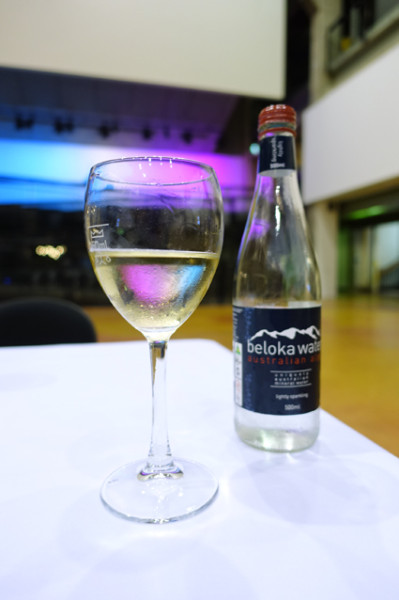 Along with a twenty-buck film ticket, this Duck Dinner ($28) was accompanied with a free glass of 2015 Eden Road The Long Road Pinot Noir – an infinitely quaffable red. With a railway station right at the their doorstep, and Casula sitting on a direct line from Redfern, Casula Powerhouse is an easy train trip from the CBD. Just shy of an hour, taking the train allows you to take better advantage of their ten buck wine glass prices – especially since they’re not hysterical about you taking them with you into the theatre. If you’re driving, there’s always Beloka Water ($3/500ml) mineral water that’s collected on the edge of the pristine Kosciuszko National Park. 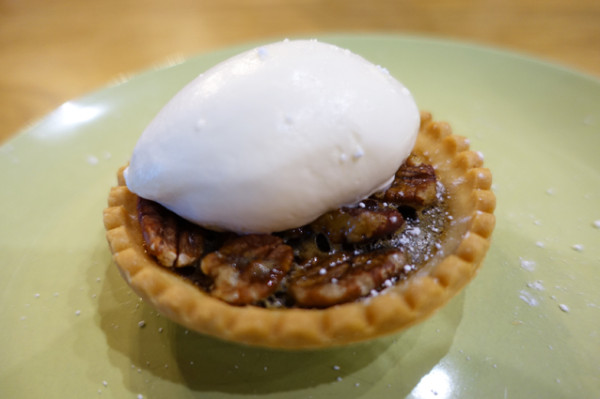 Keep your eyes peeled for Chef Rekowski’s desserts. After already falling in love with his Portuguese-style custard tarts, I wrapped my lips around his Pecan Brown Sugar Tart ($4) adorned with a quenelle of double cream. I would be hard pressed to identify any other venue where you can eat a dessert of this quality for this kind of price.