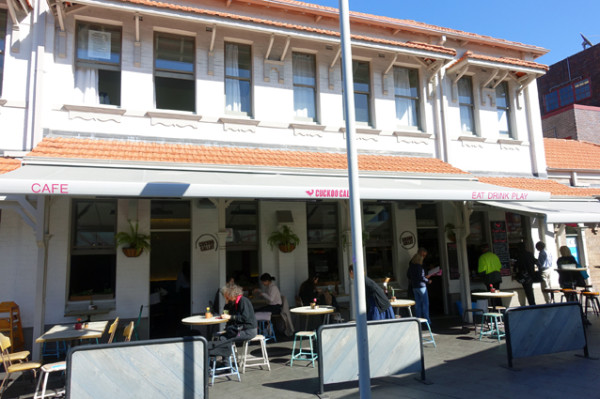 There’s an unmistakable chill in the air, and my body is already craving more wintery dishes. With bacon judging for Australian Pork Limited’s 2017 Bacon Awards already underway, I decide to get my stomach limbered up with a visit to Cuckoo Callay. 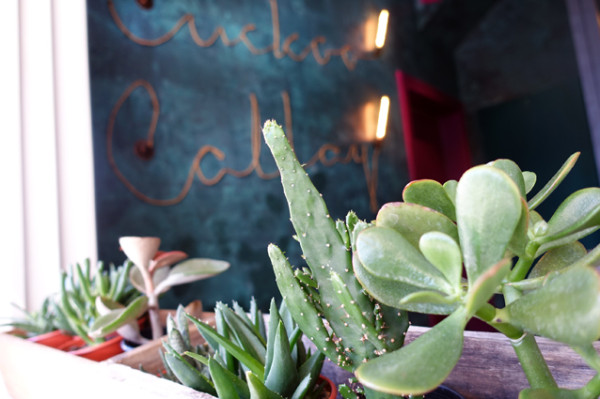 This Newtown café, perched right on the edge of Newtown Station, is certainly ahead of the game on bacon. 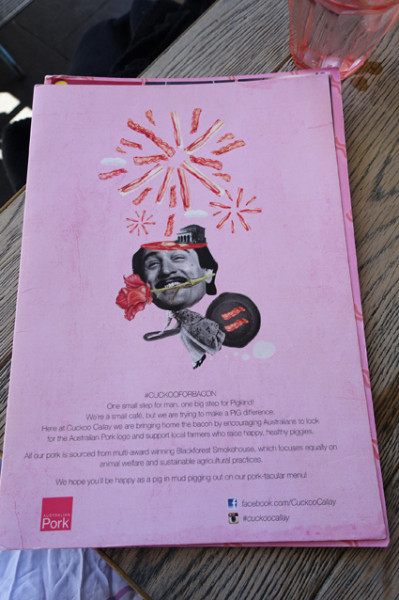 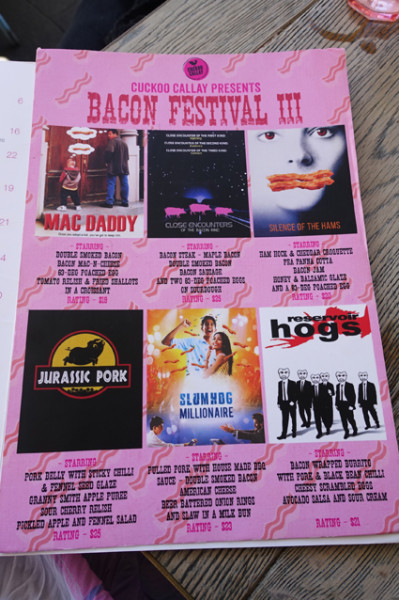 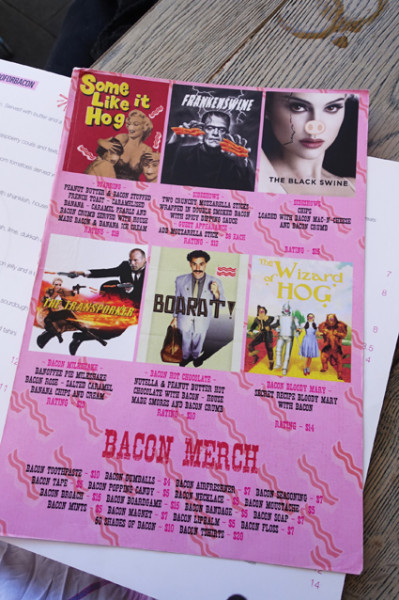 I'm impressed that they lay down information about provenance right on the front of their menu. What's even better they're staying local by collaborating with Black Forest Smokehouse to turn ethically raised Aussie pigs into bacon. Cuckoo Callay are currently in the grips of their third annual Bacon Festival. Falling from betwixt their regular menu, the glossy film festival-styled brochure is pretty hard to miss. For starters, it's bright pink, and loaded with dishes based upon porcine puns on contemporary films. You’ll also find bacon merch. in case you feel the need to advertise that you're truly a bacon-believer. 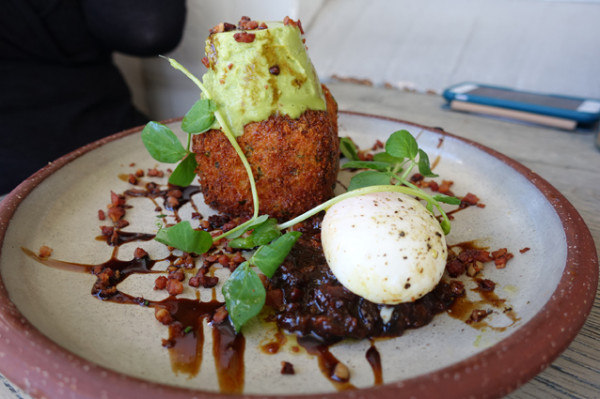 My dining companion snaffles the special menu item that sounds the most like ordinary food, despite being called Silence of the Hams ($20). On a plate that’d make Pro Hart tremble, the dish is centred around a plump ham hock and Cheddar croquette, capped with pea panna cotta. The spatters, squiggles and smears are made of bacon jam, honey and balsamic glaze and random crumbled bacon, to which you’ll add a burst of golden yolk as soon as you pierce your quivering 63 degree poached egg. 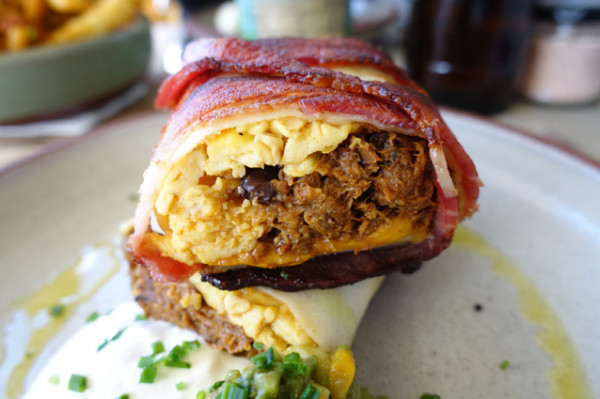 Not wanting to go the bacon ‘full monty’ I decide upon Reservoir Hogs ($21). It’s a chunky bacon-wrapped burrito, loaded up with pork and black bean chilli and cheesy scrambled eggs, served with avocado salsa and a blob of sour cream. 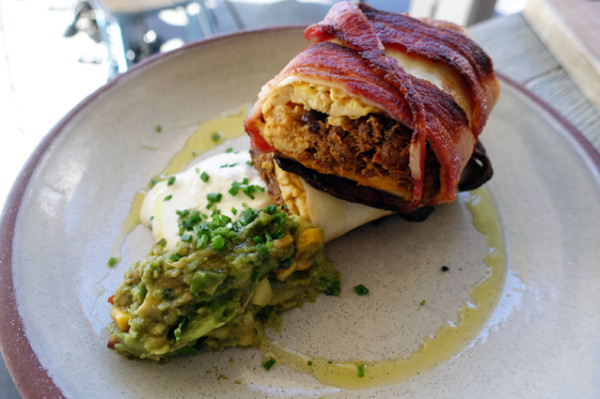 While I like the bacon wrapping, the chilli pork interior falls a bit flat for me. 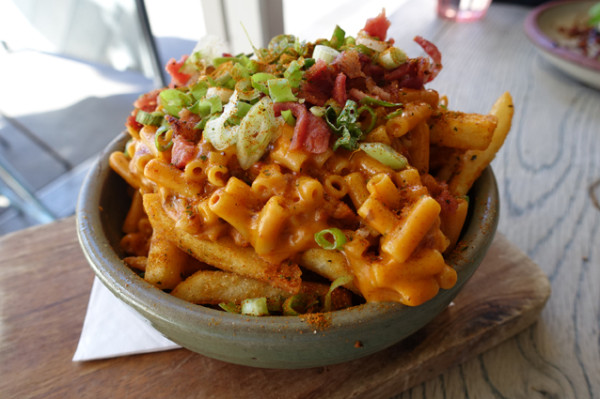 I’ve got no complaints about The Black Swine ($15) – a bowl of pure chip-eating pleasure, crowned with a compelling bacon mac’n’cheese, and sprinkled with crumbs of bacon. 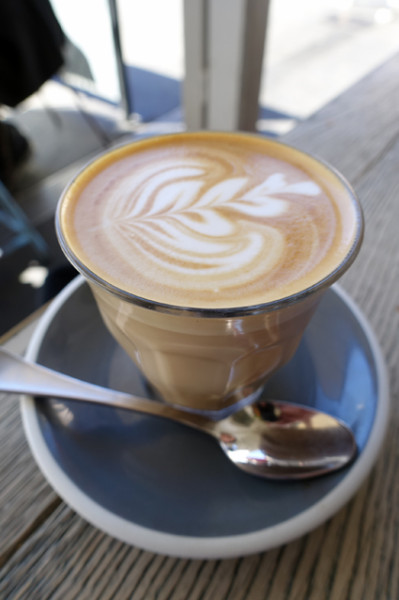 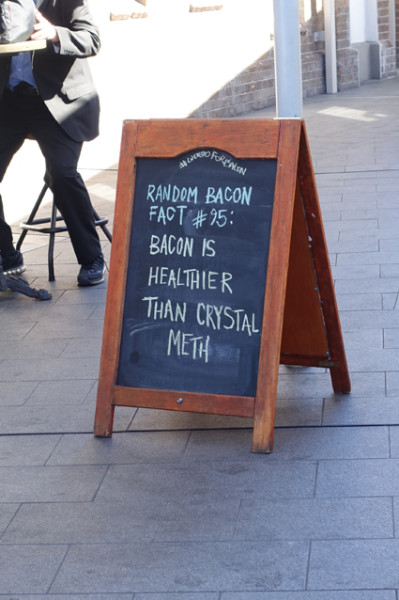 It’s enough to warrant a post-coital cigarette, well if I smoked, it certainly would be. I make do with Marrickville’s Alchemy Coffee, which scrubs up smoothly in a Latte ($4). They also offer single origin for black and filter coffees, and hipster variations like Chemex and cold drip. The only bit I could do without is the judgmental chalkboard philosophy comparing bacon consumption to crystal meth.

NOTE: You can see coverage of Cuckoo Callay's inaugural Bacon Festival back HERE.