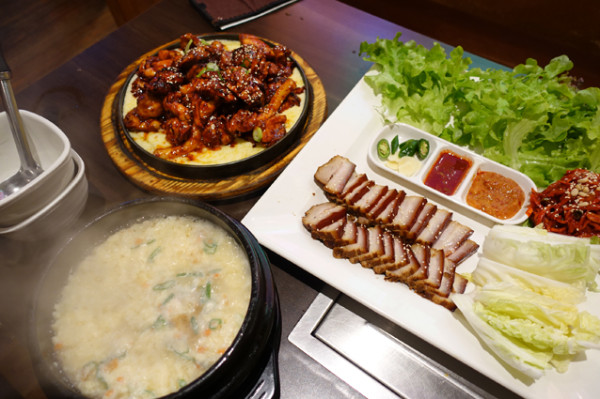 Beyond price and cuisine variety, another reason to get outside the CBD for your dining adventures is suburbs like Strathfield (a mere fifteen kilometres away) still offer late night dining. While Baird was busy destroying the city’s late night economy, restaurants like Stra Pocha on a quiet, mostly residential street in Strathfield, have quietly kept serving delicious Korean food until midnight… on a Thursday. 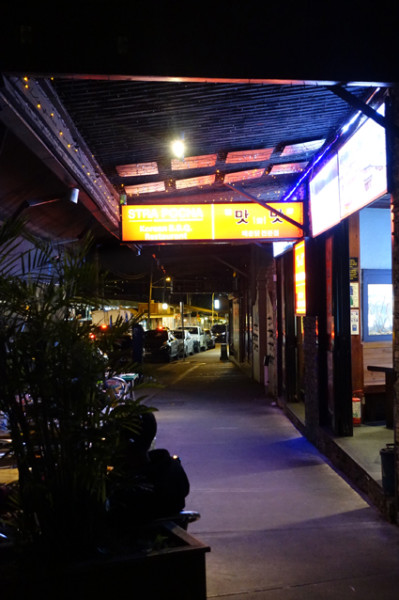 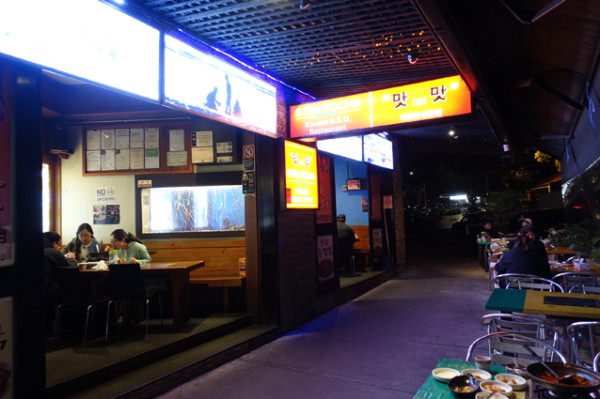 We rocked in at nine o’clock, and nearly every table, both indoor and outdoor, was full. 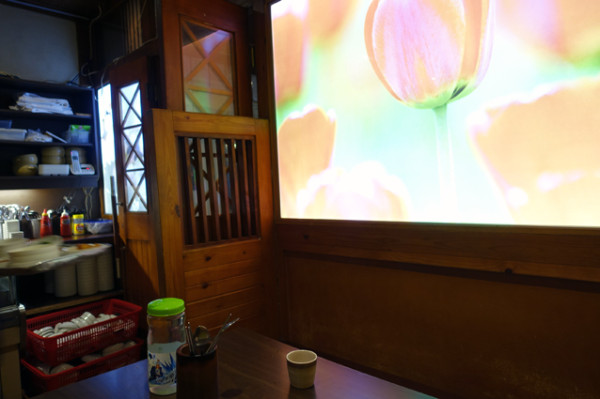 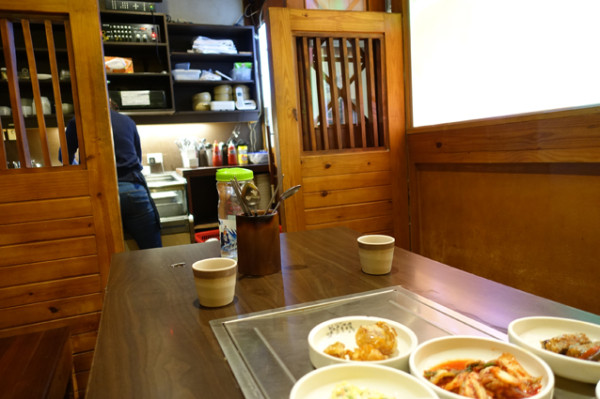 After a short wait we’re tucked into a long wooden booth table under a colourful light-up tulip mural, listing to blaring K-pop. It feels like an act of defiance, and I spend some time thinking about the Sydney all-nighters, ending up on a beach watching the sunrise, that this Liberal Government has taken away. 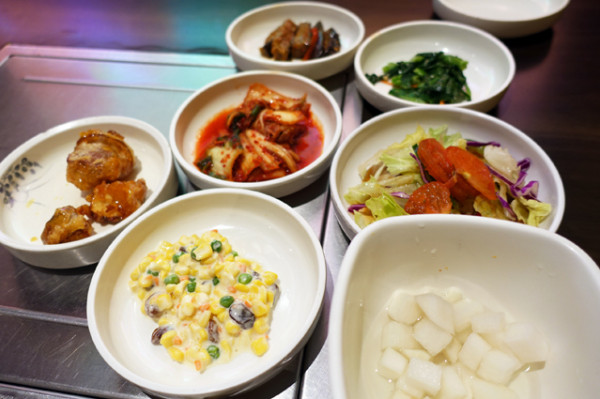 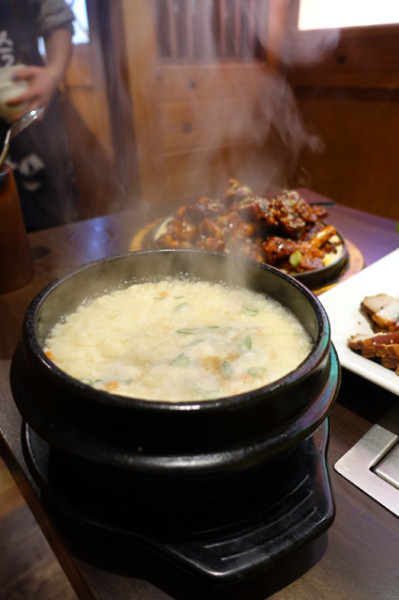 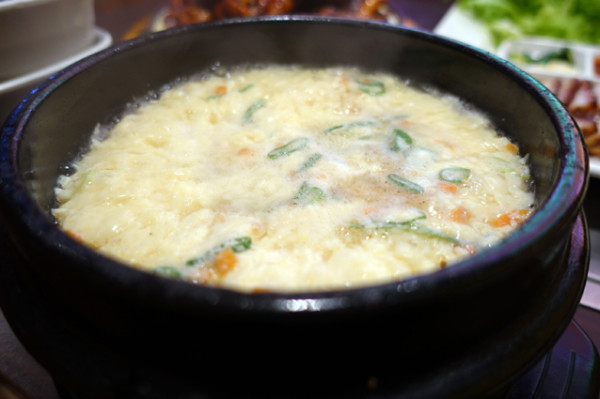 In case the abundance of six-person booths doesn’t give it away, Korean food is predicated on sharing with more than just two people. We over-subscribe in order to try two dishes, with a side of Egg Soup ($10). Served in a heated cast iron pot, this swirling mix of stock, herbs and beaten eggs is delicious – the stock here is particularly delicate and refined. 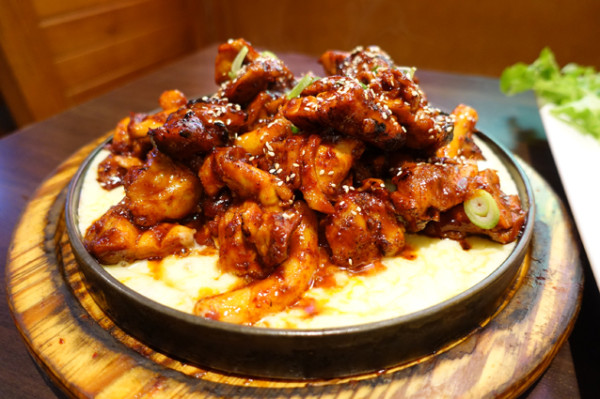 It’s the perfect mouth-healing counterpart to the dish I’m really here for: Cheese Bul Dak ($35) or cheesy fire chicken. This super-spicy, luminous red chicken dish is served on a sizzling platter on a bed of stringy mozzarella cheese. It’s a bit light on the tteok (chewy, glutinous rice cakes) here, but I can’t fault the chook itself. It calls for – nay, it demands – booze. 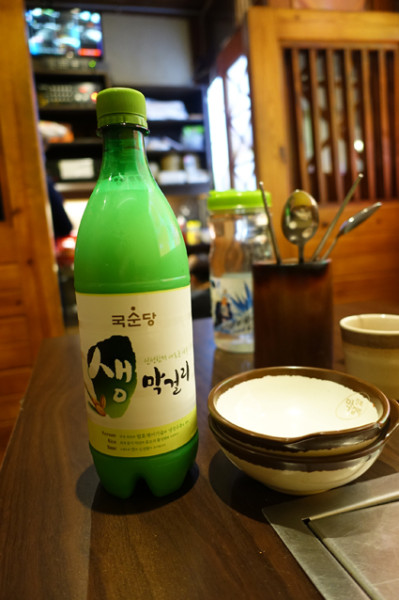 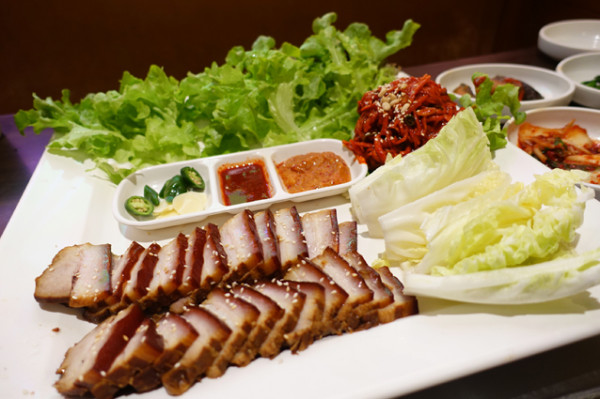 As I’m driving, I opt for dongdongju, Korean rice wine ($13) though it’d be perfectly acceptable otherwise to get straight into the harder stuff, like soju, Korean distilled liquor, ideally with a Hite beer chaser.

Not wanting to add to the fire in our holes, we opt for a cooling Bo Ssam ($35) as our alternate dish. It’s a generously proportioned platter of boiled pork belly slices, with all the fixings to wrap them in the same way you’d wrap up sugarcane prawns in a Vietnamese meal. 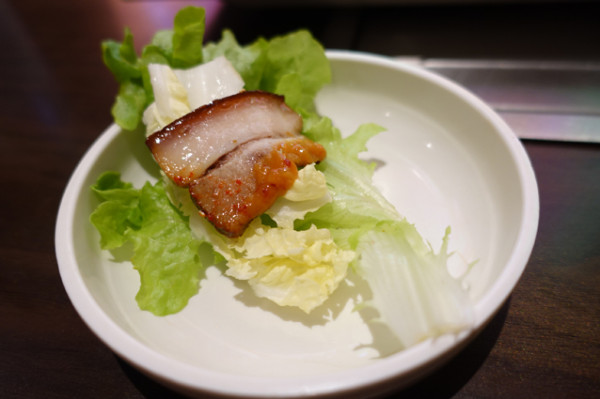 Start with a lettuce leaf, place a smaller cabbage leaf inside it, then drag your pork slice through the ssamjang (dipping sauces) before placing it on top of your leaves. Wrap, then stuff in your mouth while trying to avoid a Korean red sauce incident on any white clothing you may be wearing.