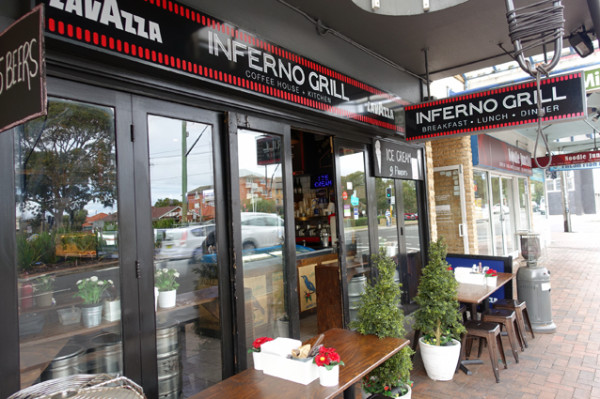 Ever had a craving for a Big Mac, but didn’t want to hand over cash to the evil empire? With their Donald Mick Ronald ($15) burger, the Inferno Grill team have given you the opportunity to scratch that itch responsibly. 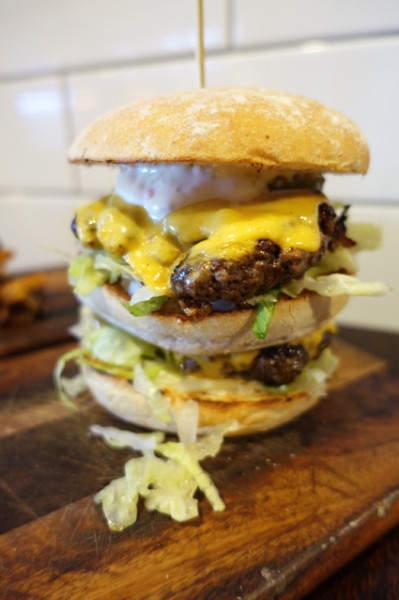 When you pick up this triple-layer burger bun, the replica Big Yakk sauce oozes satisfyingly onto your fingers in a flurry of shredded iceberg lettuce. The first thing you taste will be the four layers of golden, American cheddar cheese. You’ll then get a spurt of juice from the two well-charred patties that's bigger on beefy flavour than McDonalds has ever been, followed by crisp, tangy pickle. Is it just me, or does it taste even better when you know that your dollars aren’t supporting a multinational tax avoider who made the news earlier this month for dipping out on paying their fair share of Australian tax? 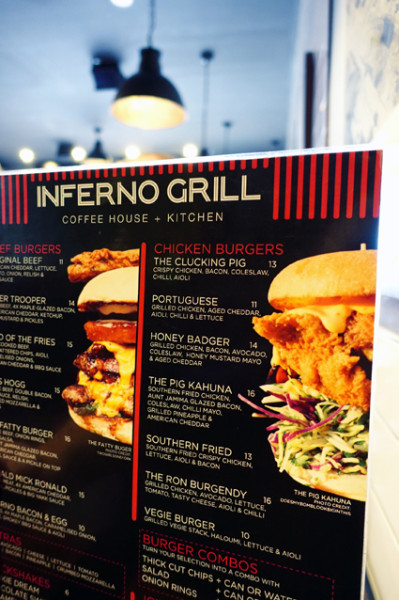 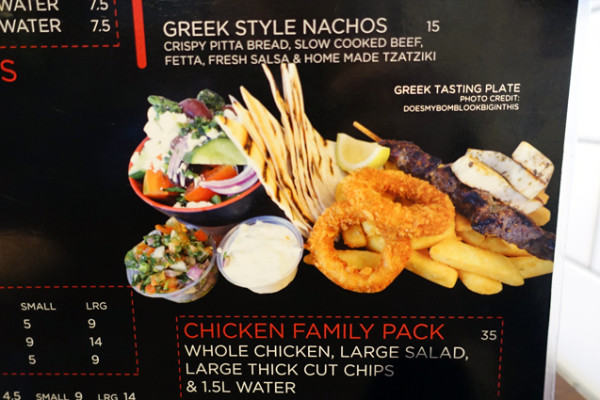 Since my last visit, the extensive Inferno Grill menu has been refined; and - I’m chuffed to say - illustrated with some of the photos I took in my earlier review. It’s now not quite so hard to choose a burger from their list. 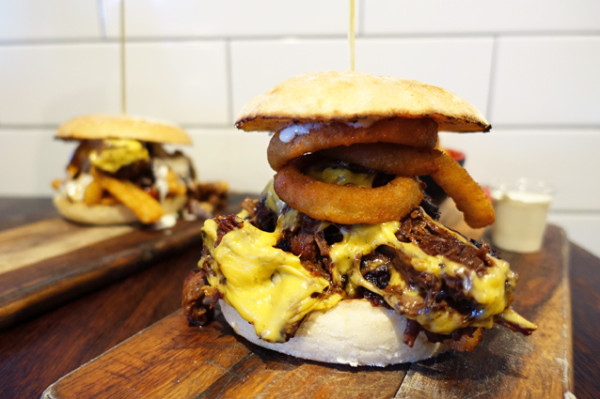 Giggling at their names, we decide upon a duelling double act: Lord of the Fries ($15) and Lord of the Rings ($15). Instead of beef patties, both of these burgers use slow-cooked beef that you can also buy by the kilo here. 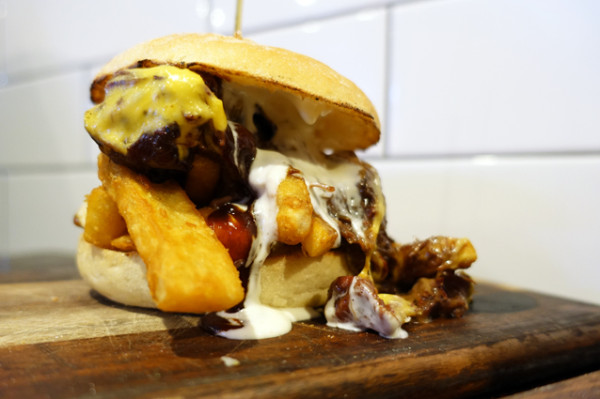 In the Lord of the Fries, it's accompanied by fat, beer battered chips, and a fairly sloppy blend of aioli, caramelised onions and BBQ sauce that dissolves the bun faster than we can eat it. The Lord of the Rings is a more successful burger, blending slow-cooked beef with melted American cheddar, crunchy onion rings, aioli and BBQ sauce. 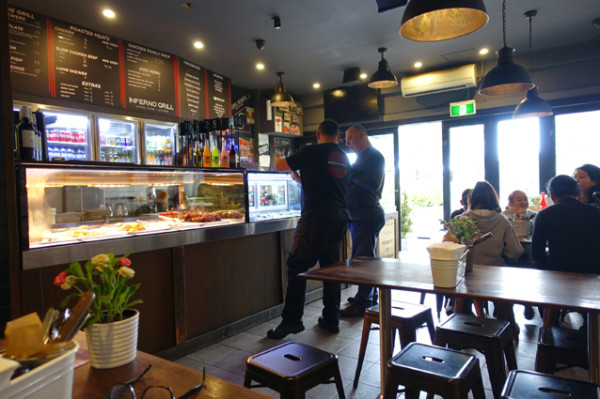 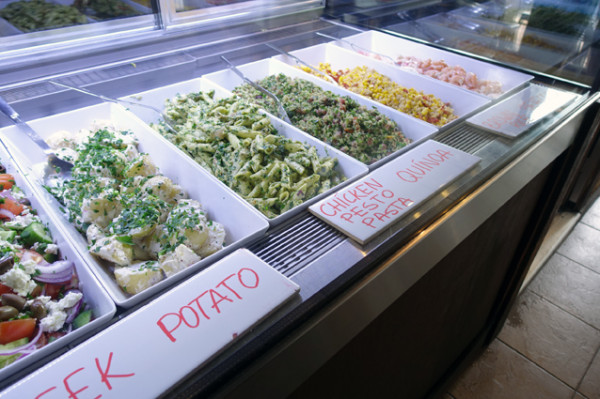 Without wanting to sound like a burger purist, I’m afraid I like burgers with patties, so the Donald Mick Ronald easily won the day. I’m sure I’d enjoy the slow cooked beef served up with salads from their salad bar. 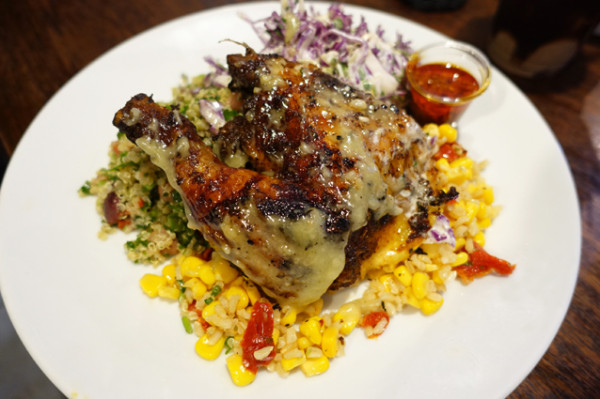 I did try out a Quarter Chook ($6) served up with three Salads ($4.50/side) – coleslaw, quinoa and a rice, sundried tomato and corn mix. It was won by the house-made lemon and garlic sauce. This vibrant plate of mostly plant food should be a nice incentive for families where not everyone is excited by eating a burger. 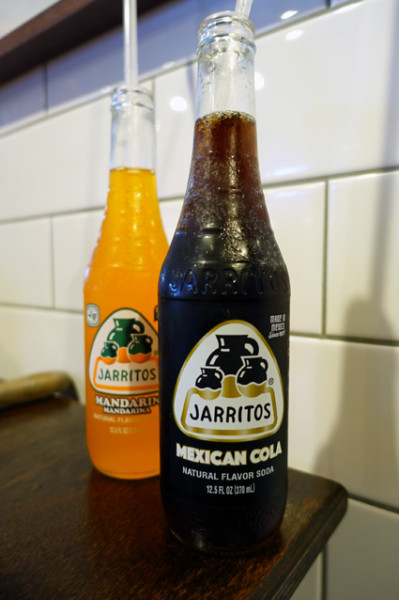 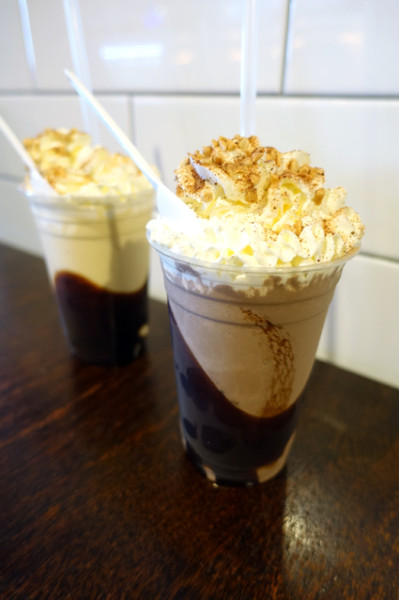 You can also replace the evil empire’s post-mix with Mexican Cola ($4.50) and their chemical soup of stabilisers with a very honest Choc Peanut Thickshake ($6). 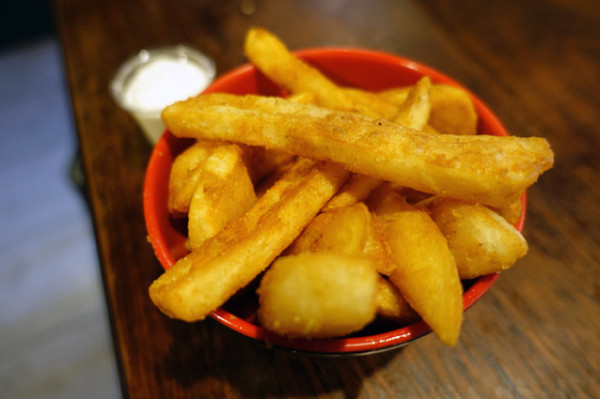 And who wants flavourless American style fries when you can eat a bowl of fat-cut Chips ($5)? Surely that’s now enough reasons to avoid McDonalds forever...


NOTE: See a previous review of this venue HERE.