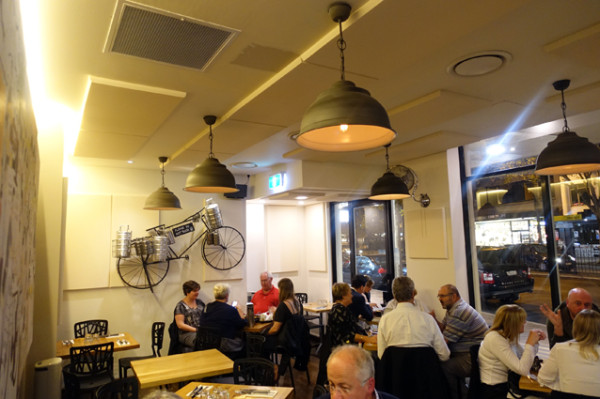 Mention Nilgiri’s on your social media and you’ll likely be showered with positive stories: “My colleagues highly recommend this!” “Ajoy is the MAN! Nilgiris in St Leonards when it was there was one of THE best...” 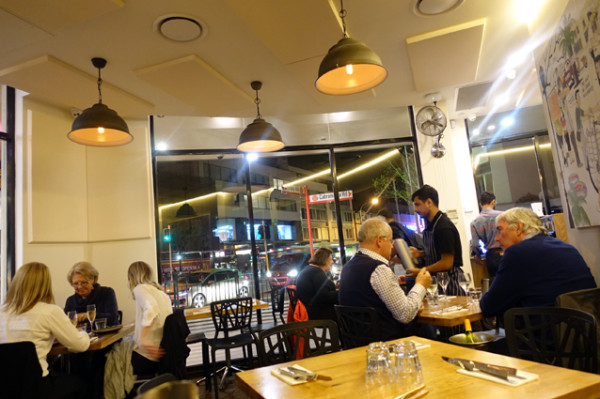 Surviving nearly two decades in the restaurant game, and in its third location, you will now find this Indian stalwart on Military Road, opposite the Hayden Orpheum. It's a light-filled corner spot, decorated rather simply with large hanging lights, each fitted with an Edison bulb, a wall of custom cartoons, and a bicycle laden with shiny silver tiffins. 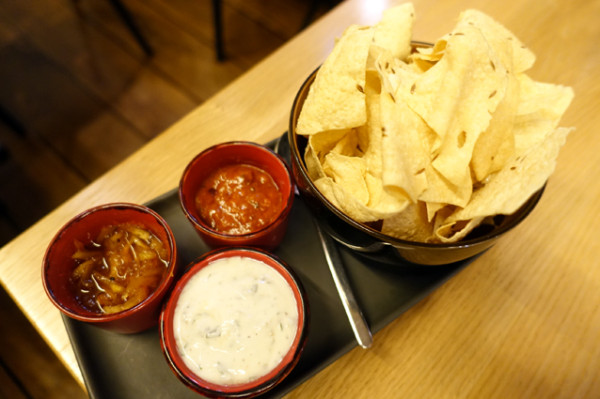 The aromatic scent of toasted spices swirls around the full dining room and we begin to salivate without even having seen a menu. Ajoy’s wife, Meera Joshi, leads the smiling, efficient floor team, who seem to get our Pappadums and Dips ($7.50) onto our table the second we decide upon the well-priced Non-Vegetarian Tasting Menu ($48/head). I don’t think I’ve tried a more compelling pappadum accompanied by an elegant raita, sharp pickles and a sweet mango and nigella marmalade that is so good, I wish I could buy a jar to take home. 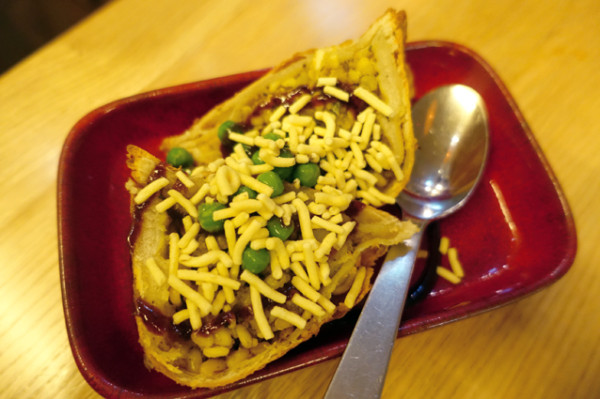 The tasting menu proper begins with a series of entrees, starting with Moong Dal Samosa ($10). This dish presents a samosa with crisp pepper-flavoured short pastry exterior, halved to show off the tasty interior of dry spiced mashed potatoes and spiced mung beans, drizzled with tamarind chutney and garnished with peas and chickpea noodles. 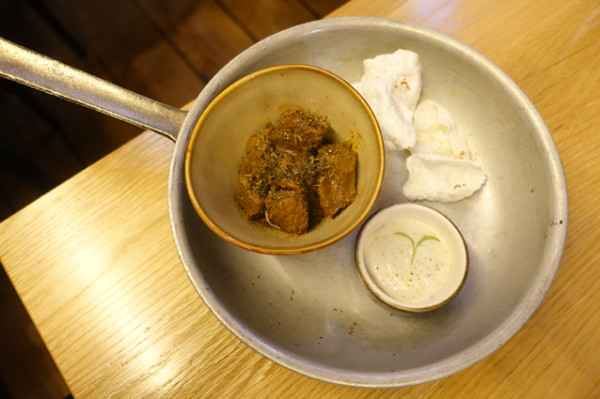 Even more exciting is a skillet bearing Saunf Ka Bund Gosht ($18). A dish of fennel-scented leg of lamb pieces that have been dum-cooked – which is basically a slow cooking technique over coals after the dish has been sealed with dough – which you assemble yourself onto rice crackers with a dab of fennel raita. This dish is a great example of what Ajoy Joshi does best – modern presentation without losing the heart of regional Indian cooking. 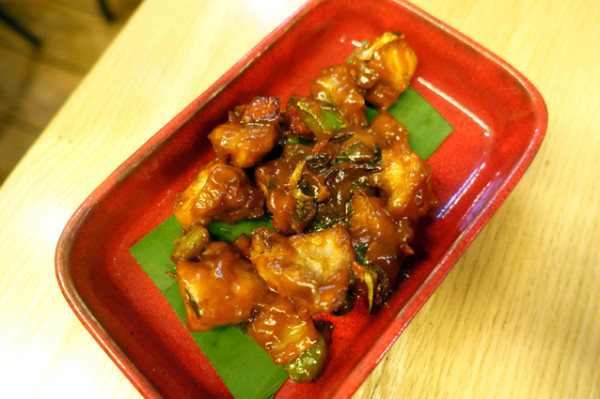 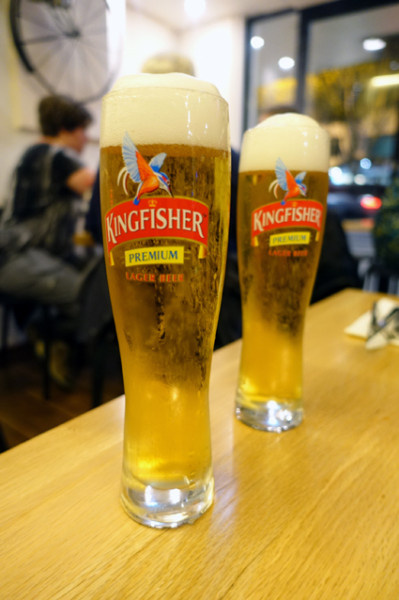 Kozhi Pachai Milagu ($16) takes us somewhere else entirely. It’s a Tamil country dish, from the Southern tip of India, that turns chicken thigh red with chilli, tamarind chutney and capsicum. It's gentled by palm sugar, and shows the diversity of this cuisine by being as far from a traditional curry as you can get. 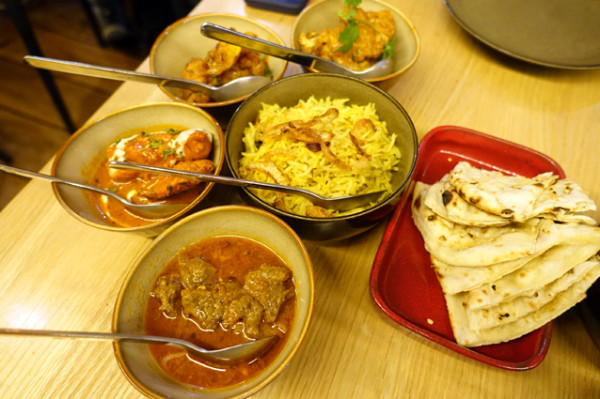 Mains arrive en masss in small enough portions not to be intimidating (though staff do explain that if you want more of anything, you only need to ask). This allows you to assemble a balanced plate of meats and vegetables on fragrant yellow rice - Zeera Pulao ($5) - with a selection of breads. Murgh Tikka Makhni ($28) neatly wipes away any memories of over-sweet butter chicken using smokiness and a fenugreek flavoured tomato sauce that will have you reaching for fluffy naan to scrape up every drop. 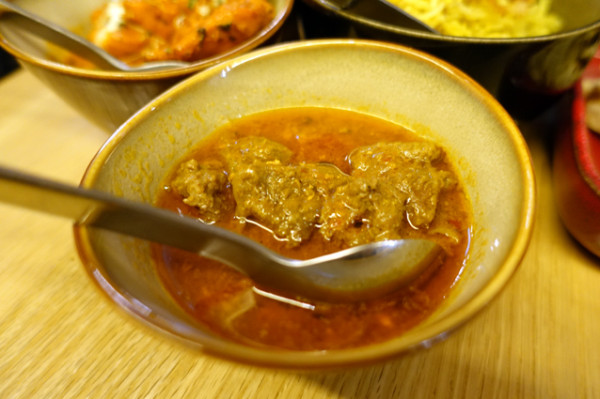 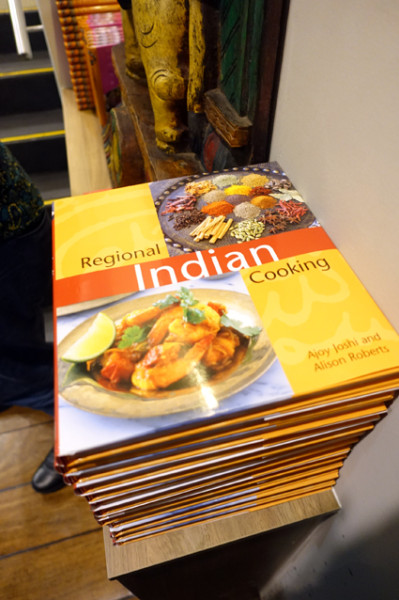 We also like the Rajasthani Laal Maas ($28) of braised lamb shoulder flavoured with ground cinnamon, black cardamon and paprika, though it’s not presented as hot as the fiery original. The vegetable component of your meal – Achari Gobhi ($22) – turns out to be tangy cauliflower florettes cooked with pickling spices (nigella and cumin), mustard oil and fresh ginger. There are also crisp chat potatoes called Zeera Aloo ($20) flavoured with tomatoes, cumin and green chillies. 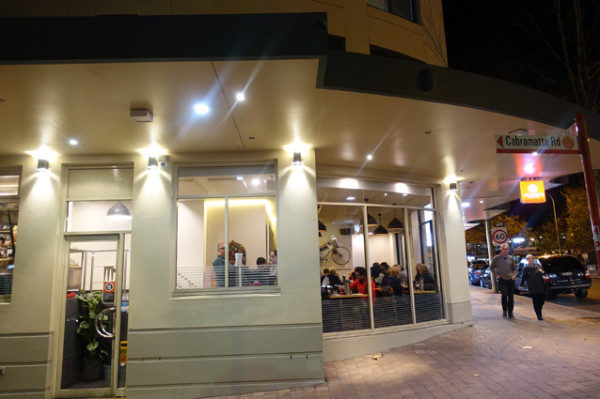 It’s quite the feast, and their portion control was perfect, easily making it the best meal I’ve had in Cremorne. I was so impressed I’ve earmarked their other restaurant, Tellicherry, which covers coastal Indian cuisine, for a visit too.