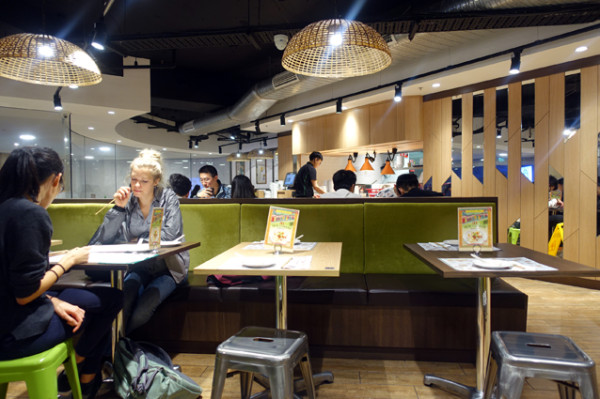 While battle George Street certainly makes going to the movies a little less attractive, if you do brave the barricades and rat runs, Tim Ho Wan turns out very respectable, inexpensive, after-film fare. It’s part of a Chinese dim sum chain that originated in Hong Kong in 2009, and opened their first Australian store in Chatswood in 2015. 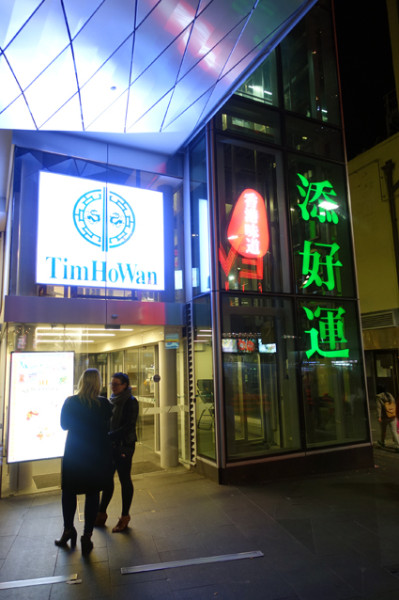 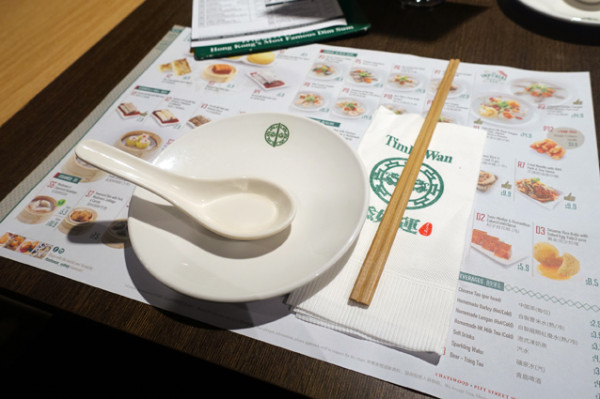 It opened to a lot of hype because the Michelin Guide gave Tim Ho Wan a Michelin star back in 2010, and it has dined out on being the world's cheapest Michelin-star restaurant ever since. 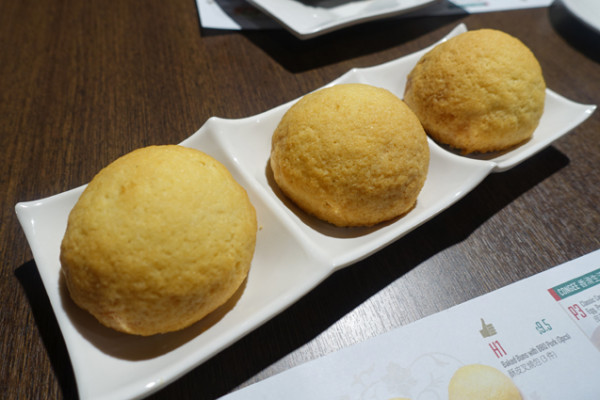 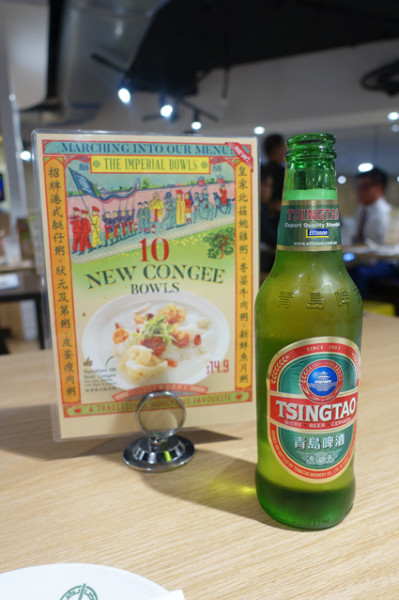 Not being a fan of hype, I’ve left it until now to sample their famous Baked Buns with BBQ Pork ($9.50/3). They’re baked rather than steamed, so arrive golden brown, with a lightly crisp exterior and a fluffy white interior enclosing rich, sweet barbeque pork. I like them a lot, especially with TsingTao Beer ($7.90). 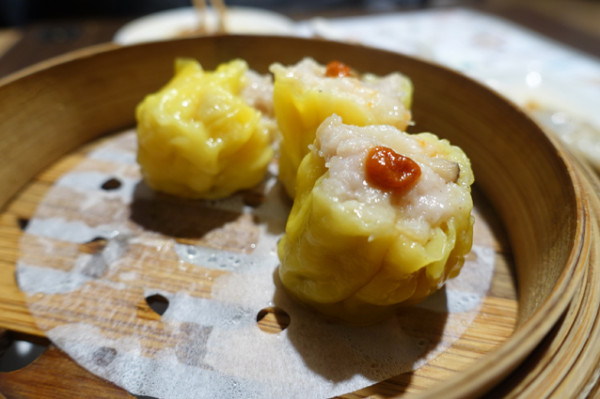 Small serves and low prices mean we work our way through a good selection of the one-page menu’s dim sum, starting with Pork and Prawn Dumplings ($7.90/3). 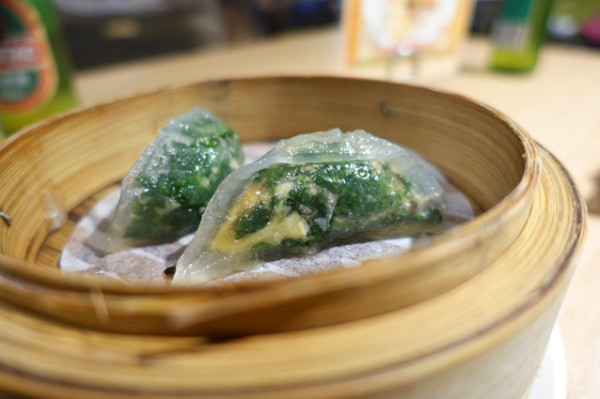 Translucent Spinach Dumplings ($7.90) pack wilted greens inside their gossamer skins. They're made ultra-tasty with plentiful garlic and enoki, and thus an excellent way to consume your daily iron requirements. 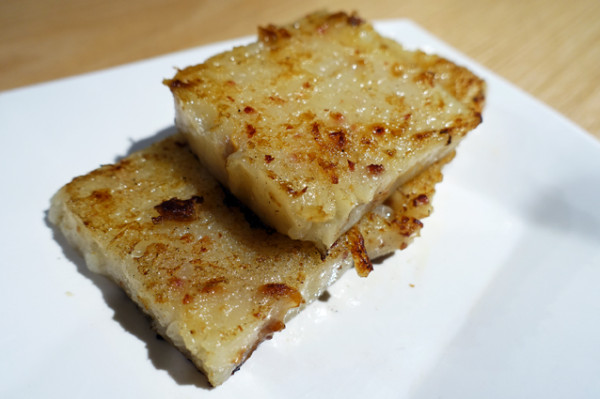 Throw in some funky Pan-Fried Radish Cakes ($6.90/3) and you can assuage any guilt about your meal being light on vegies. 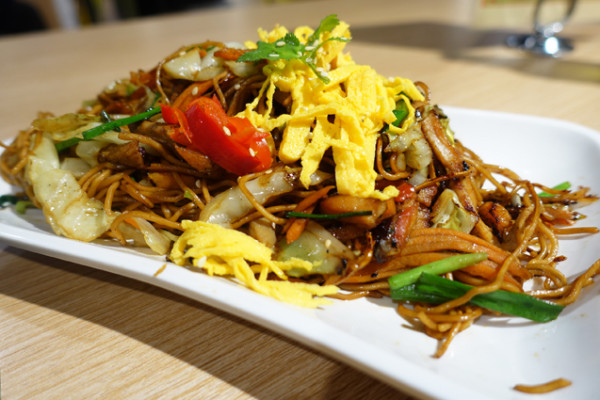 Being a noodle-fan, my dining companion bulks out his meal with Fried Noodle with BBQ Pork and Soy Sauce ($9.90). It’s a well-presented and tasty plate of noodles, topped with luminous yellow shredded omelette. 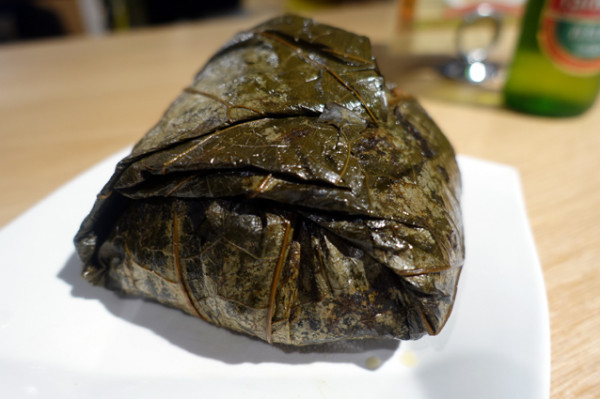 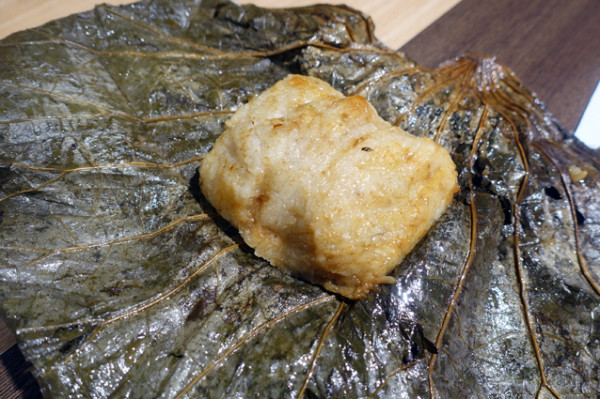 I am kept busy unwrapping a lotus leaf to reveal Glutinous Rice ($9.90) folded neatly around a mixed bag of braised meats and mushrooms. It’s a tasty, filling dish that’d make a perfect lunch for one. 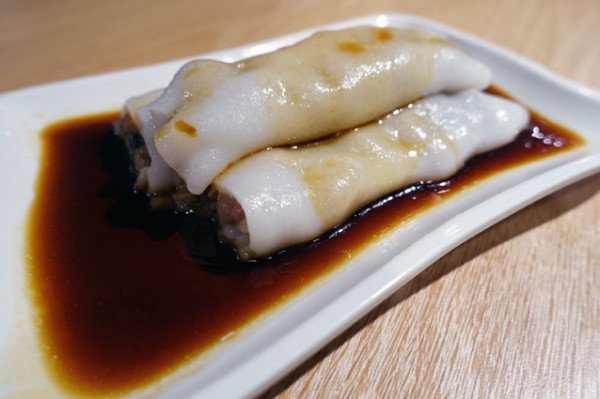 The only dish I’m not enamoured with is a trio of Vermicelli Roll with Liver ($5.90/3), which probably take the 'getting your daily iron requirements' a bit far. However when you’re paying this little per dish, it feels fine to have one miss amongst all the hits. Service leaves a little to be desired.