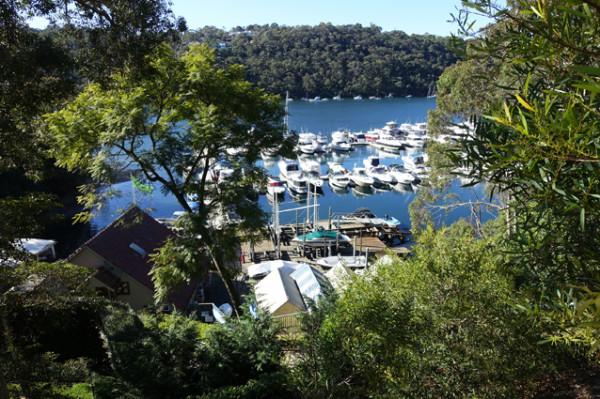 As someone who was Sydney born and raised, I’m always surprised to discover parts of this fair city that I’m not already familiar with. Echo on the Marina is situated on a little bay sitting between two leafy green fingers of bushland that extend into the higher reaches of Middle Harbour. 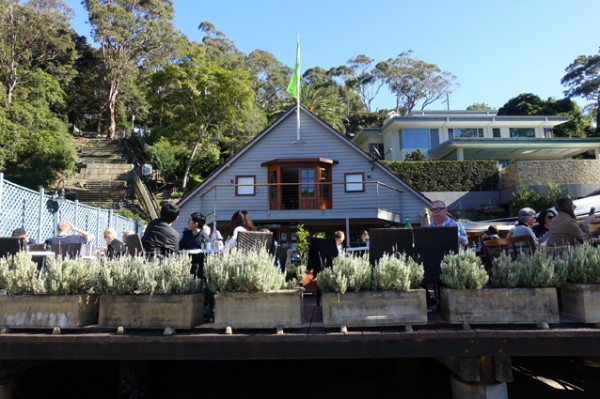 You approach it by taking a series of unmarked turns down suburban cul-de-sacs – thank goodness for GPS – and parking at the top of a steep series of staircases. The stairs take a zig-zag path down to the restaurant, which sits right at the water’s edge. 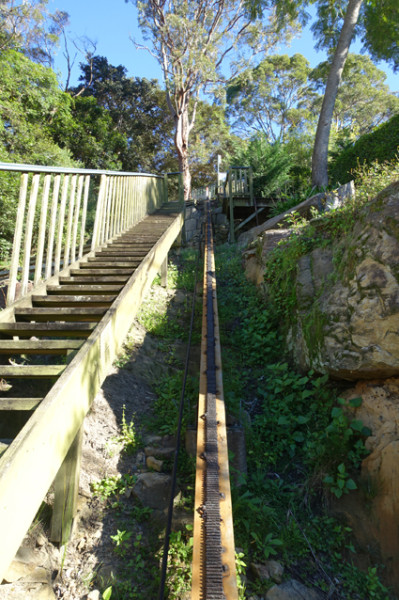 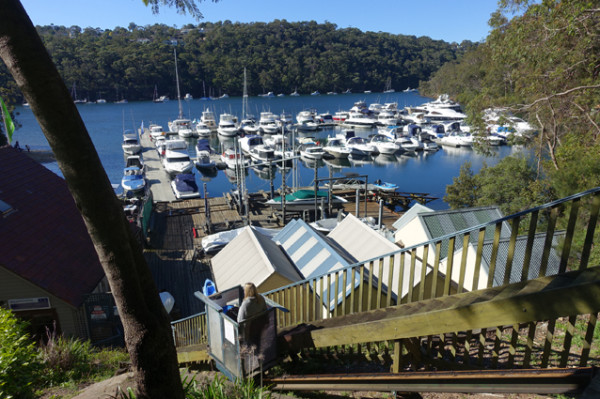 Before you start frothing about not being able to take the pram or your Nanna, they’ve got an inclinator for the use of rich people who own luxury boats, and the restaurant’s less mobile guests. 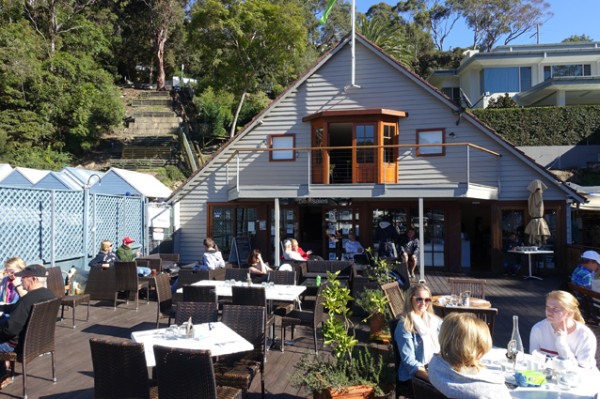 They’ve kept their menu offering as daytime only, so you can visit for breakfast or lunch. 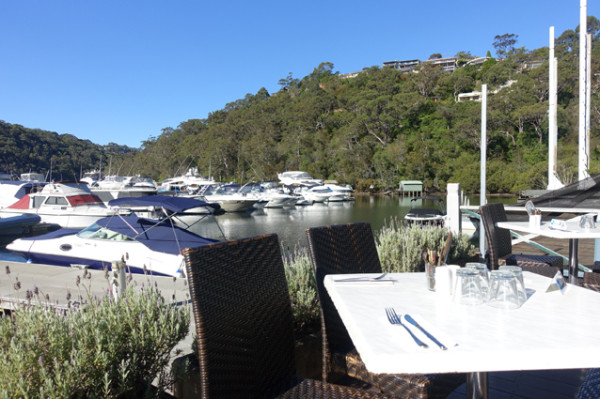 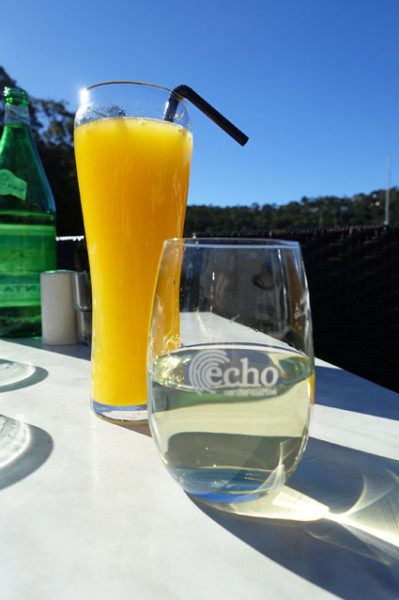 While some of their hundred-plus seating is cleverly all weather by being under a marquee, we were gifted with a table right on the edge of the deck, allowing us to drink in the winter sun. I threw in a Freshly Squeezed Orange Juice ($6.50) to maximise this unusual vitamin intake, while my dining companion opted for a very drinkable Xanadu DJL Chardonnay ($13/glass) from their succinct wine list. We sit in silence listening to birdcalls echo on the marina and a great sense of calm starts to descend. Unfortunately though, they’re not the only things that echo…

"Now throw your head back and do the fake laugh," a woman tells her dining companion on a neighbouring table. They're engineering a photo to mark an occasion that they’re not actually having, against the stunning marina backdrop. 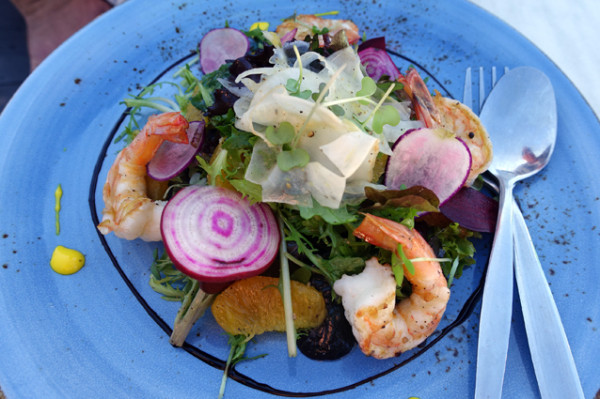 I mutter something about Sartre and hell being other people before getting distracted by well-presented Grilled King Prawns ($22). 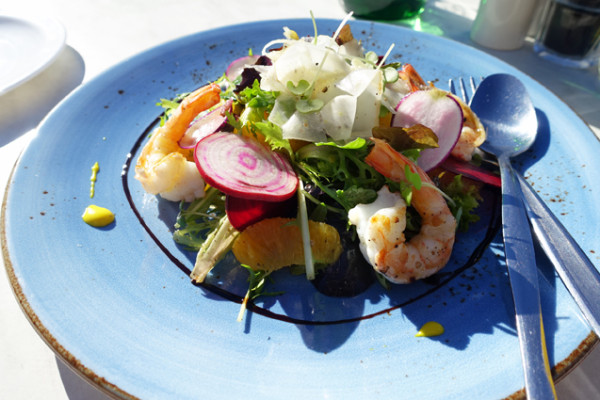 Making the most of winter produce, the prawns are counterbalanced by a winter salad full of radishes, fennel, orange segments and mixed leaves. The dots and squiggles are a balsamic reduction and a fairly bland mustard aioli that I’m later told is for colour not flavour. Each element has been individually seasoned (almost to the point of going too far) and the portion size is generous. 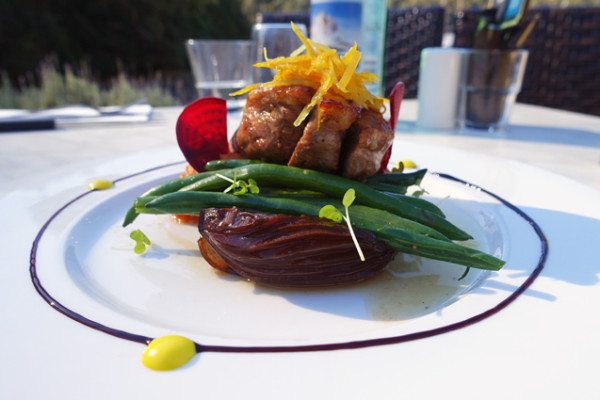 We’re also impressed with the Smoked Duck ($35). It’s another generous portion, and the elements on the plate are mostly well handled. There’s moist duck breast that’s tasty, though the skin could have been more crisp, sweet potato mash, balsamic Spanish onions, and green beans with citrus and honey that gives the plate a little bit of a modern duck a l’orange feel. While the price point is high, it's not predicated on making your order sides (though they’re offered on the menu) – the vegetables balance the protein. 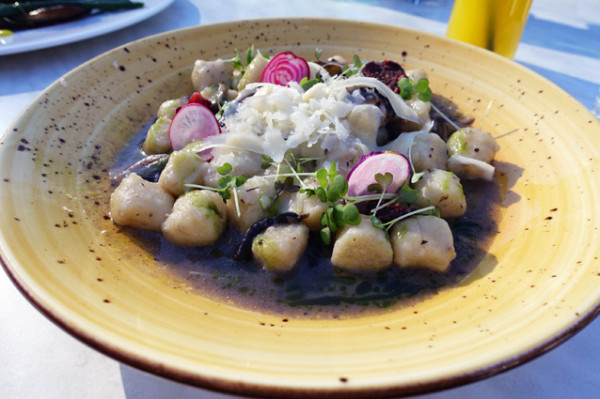 Gnocchi ($30) made from polenta, potato and ricotta with wild mushrooms is served in a reasonably soupy truffle paste sauce with shaved Parmesan cheese. It’s unusual but flavoursome, and feels somewhat healthy by not being loaded with cream.

I am left with the impression that while it might not win any awards for innovation, Echo on the Marina is a restaurant that reflects best practice from plating to cooking to food costs; aptly demonstrating the quality of chef training we offer in TAFE colleges across this country. With every table full on this sunny winter’s day, it’s also clear that they’re dishing up exactly what their guests are demanding. Most surrounding tables seem to know the staff by name; but this location is too beautiful to leave solely to the residents of Roseville Chase...