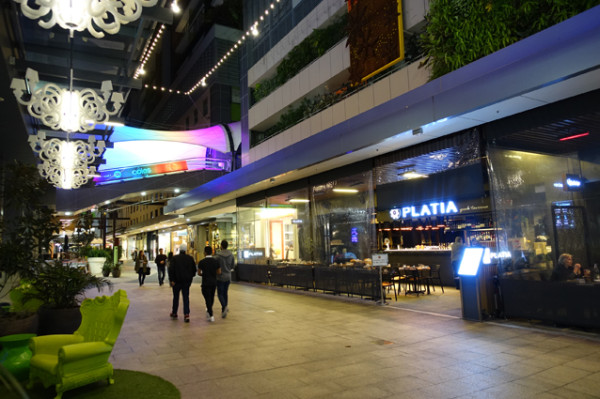 Set in an open air corridor running between Top Ryde City Shopping Centre and the Top Ryde Library, Platia Greek Taverna is one of nineteen restaurants. What sets it apart from the rest is that it’s one of the only surviving independents in a highly competitive restaurant precinct that is dominated by chains like Hurricane’s Grill & Bar, Coco Cubano and Bondi Pizza. 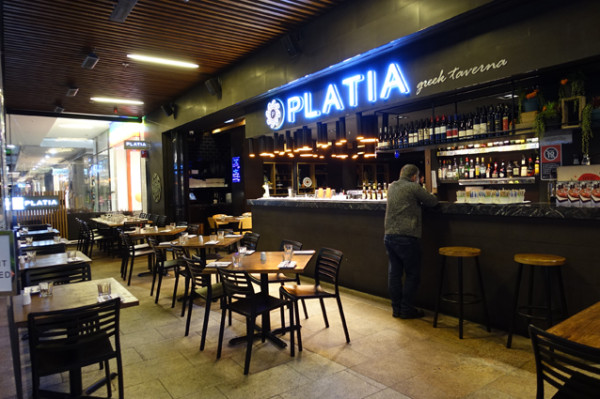 Without the benefit of collective buying power, and the budget for cinema and radio advertising, most independents are defeated by the sheer brutality of paying turnover rent. It’s usually calculated as a percentage of daily takings (which doesn’t take into account costs) calculated by the shopping centre landlord who takes a direct till read from each restaurant tenant. 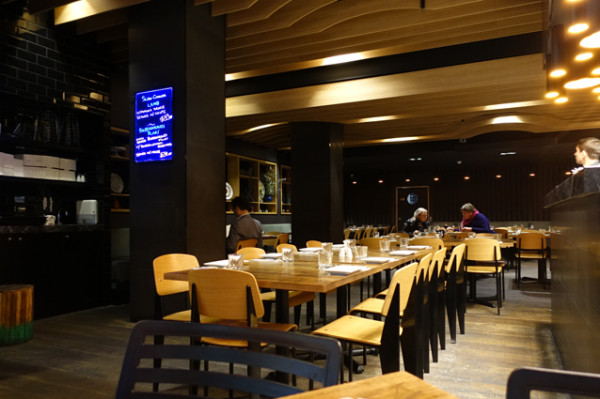 To survive capitalism at its most naked and scientific for three years, it’s evident that Platia Greek Taverna is doing something right. 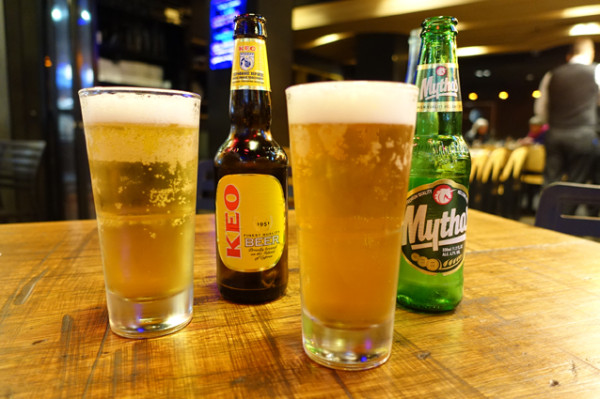 As we quench our thirst with a Greek beer - Mythos ($8) - and an even better Cypriot cousin – Keo ($9), the easygoing charm of staff clue us in to one of the secrets to Platia's success: their people. 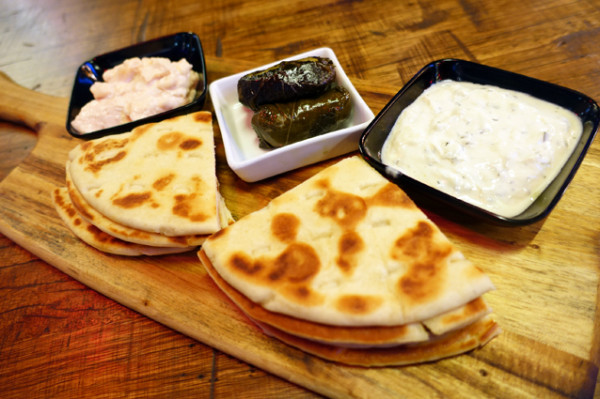 Finding it hard to choose between their mezedes (starters) we opted for a Mezze Platter ($16/head). Minutes after placing our order we’re tucking into a cold platter of dips and dolmades, accompanied by grilled pita bread. The taramasalata here is a particular winner; the faintly pink dip is gentle with a solid, savoury mid-palate. 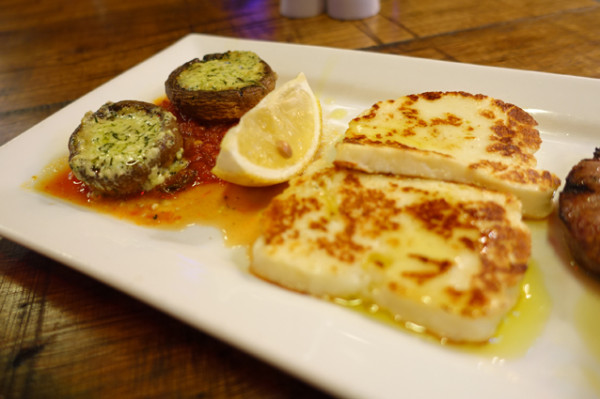 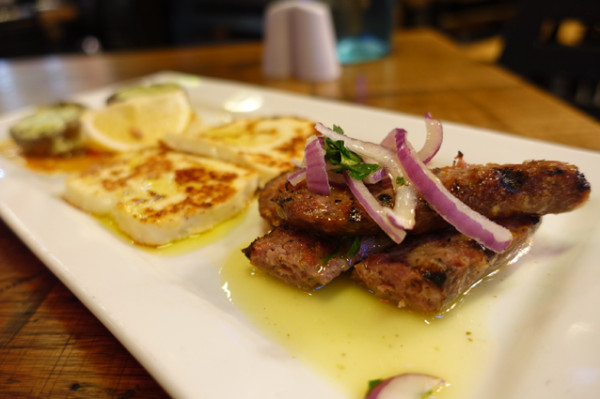 Don’t fill up too quickly though - a second platter of grilled items arrives quickly thereafter. On it you’ll find Cypriot haloumi drizzled with olive oil, cheese stuffed mushrooms and a pile of loukaniko – country-style pork sausages. It’s a very generously proportioned entrée that represents good value for your spend. 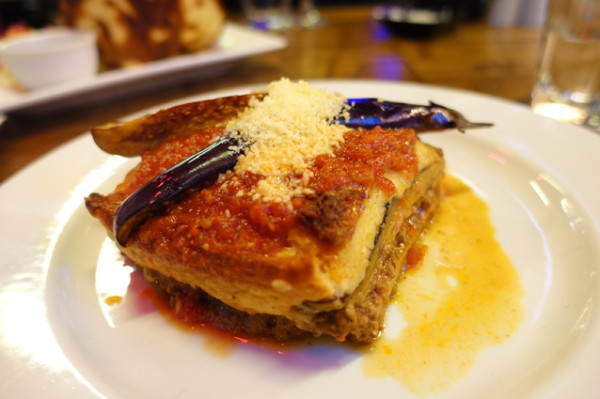 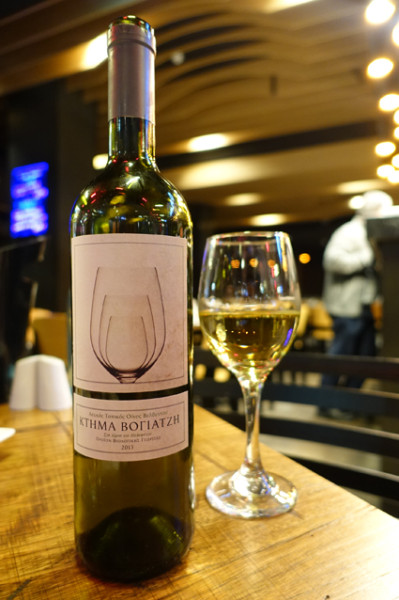 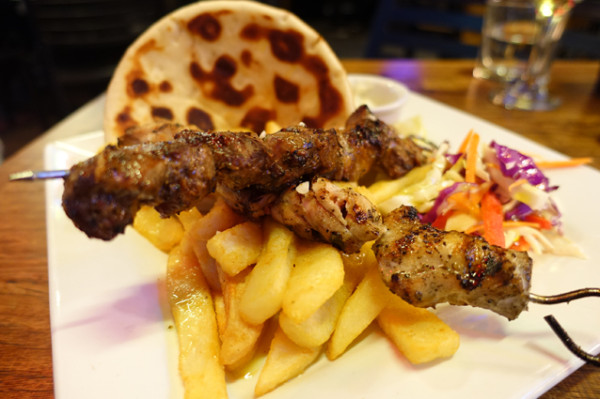 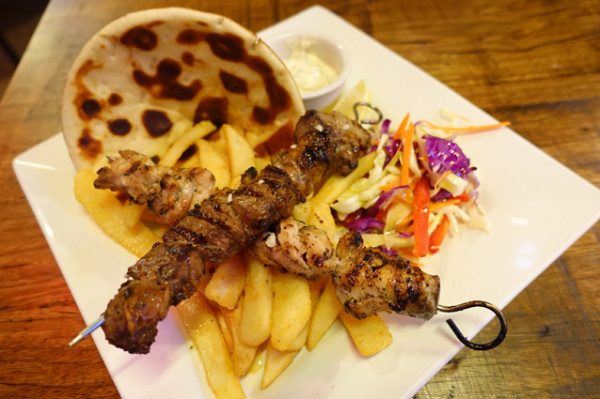 Presenting a juicy grilled chicken and lamb skewer on tangy coleslaw with a pot of tzatziki, this dish also comes with compelling fat-cut chips. They remind me of the Greek fish and chips shops I grew up with in the suburbs. 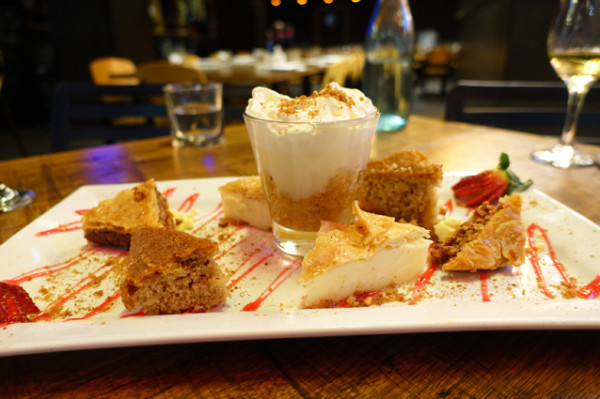 When our Dessert Tasting Platter ($28) hits the table, I can see why staff jokingly explained: "Our motto is: you won't leave here and go to McDonalds." Despite already feeling stuffed to the gills, I studiously taste my way across the plate’s gentle galaktoboureko (filo pastry topped custard) and great, cinnamon-heavy baklava. 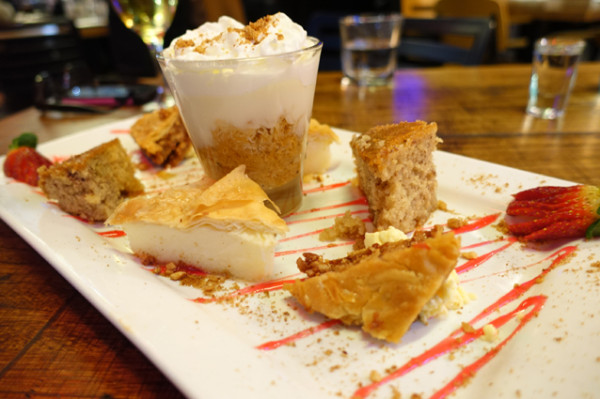 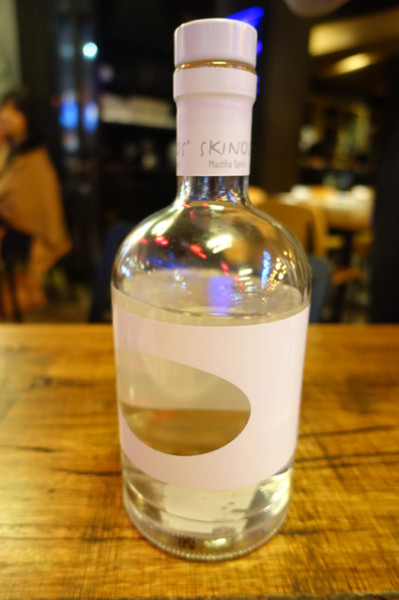 There’s also a gently aromatic walnut cake (karithopita) that’s made by the owner’s wife, though if I had a favourite it’d have to be elmek. Served in a glass, it’s made from layered baked shaved pastry (kataifi) with custard, cream and nuts, and despite being full, it’s intriguing enough to keep my spoon returning. If friendly staff offer you a nip of Skinos Mastiha liqueur to help kickstart your digestion, take them up on it! It’s actually a very soft and beautifully balanced spirit that tastes of pine resin. 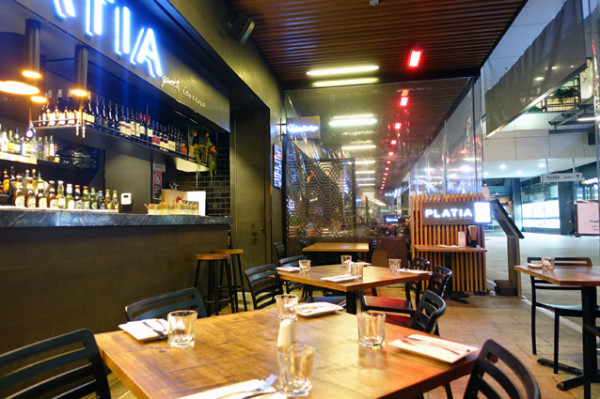 We leave Platia with a smile on our faces, and an understanding of why this independent has won over the people of Ryde despite stiff competition.

NOTE: Read another review of a restaurant inside Top Ryde Shopping Centre HERE.